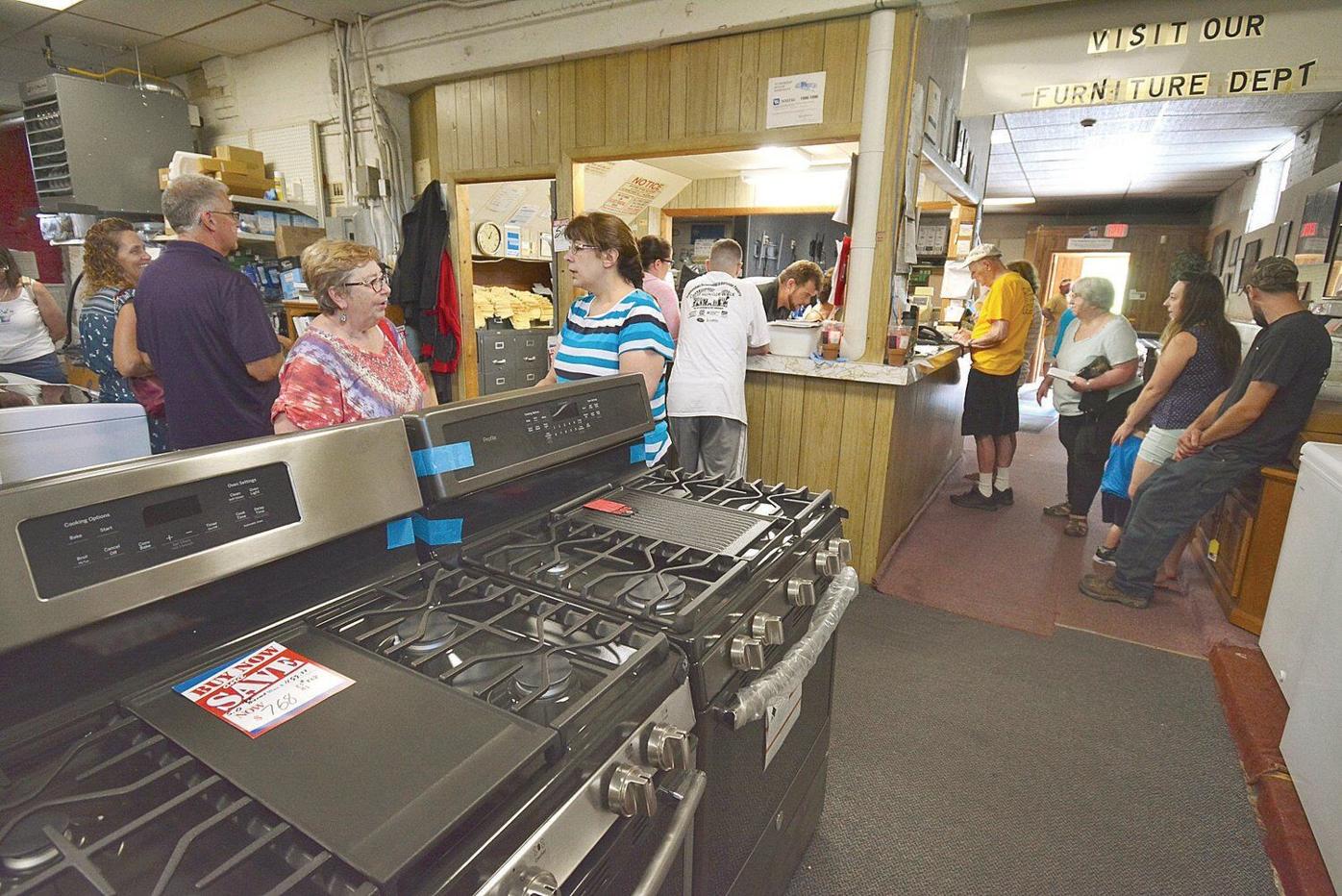 Business was steady Sunday at Central Radio in North Adamsduring the tax-free weekend. 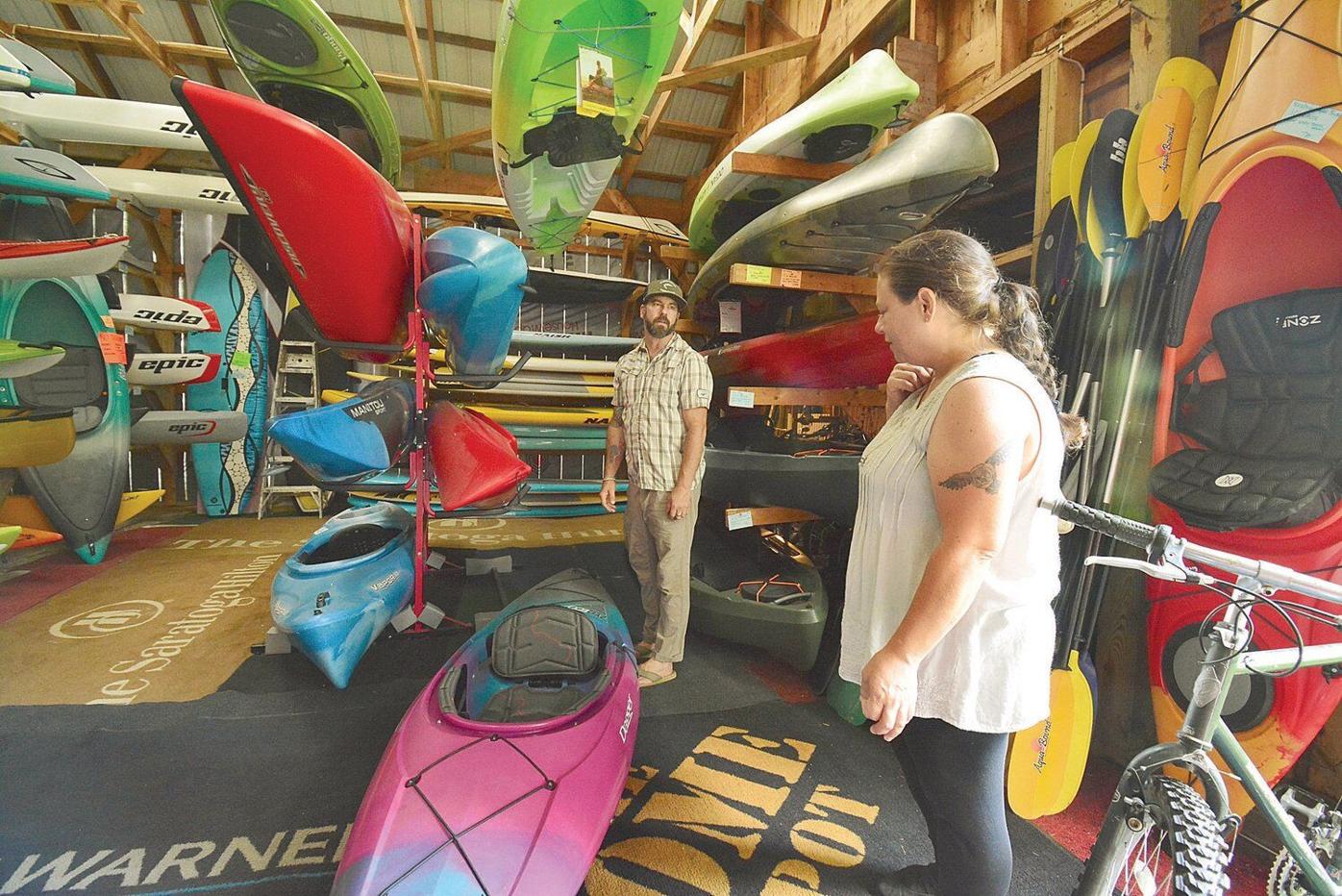 Natalie Clifton of Pittsfield is helped by Berkshire Outfitters' Chris Samson on Sunday as she buys a kayak in Adams during the tax-free weekend. 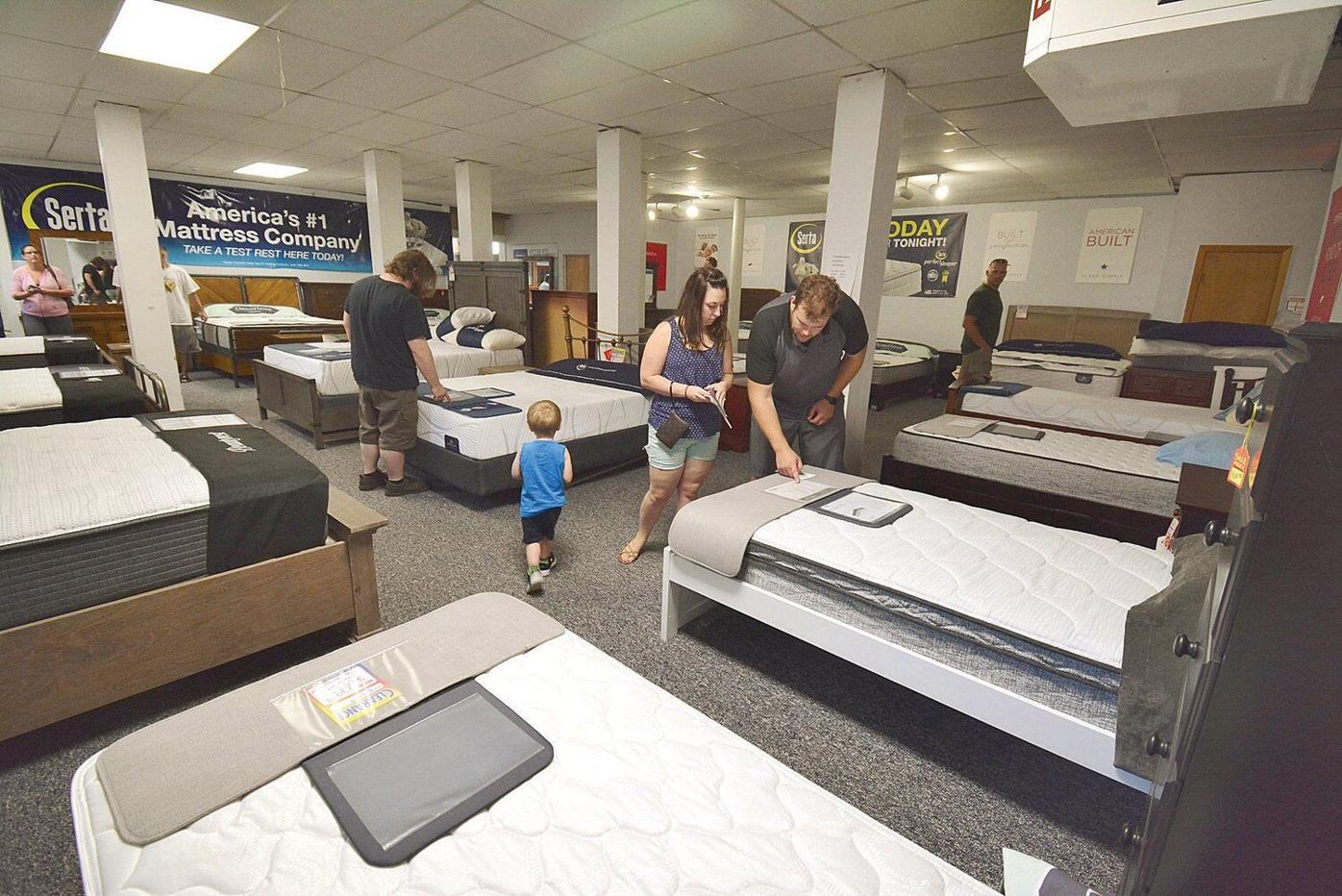 Patrick Kennedy helps Angela Briggs on Sunday as she buys a bed for her son, Riley, 3, at Central Radio in North Adams on Sunday during the tax-free weekend.

Business was steady Sunday at Central Radio in North Adamsduring the tax-free weekend.

Natalie Clifton of Pittsfield is helped by Berkshire Outfitters' Chris Samson on Sunday as she buys a kayak in Adams during the tax-free weekend.

Patrick Kennedy helps Angela Briggs on Sunday as she buys a bed for her son, Riley, 3, at Central Radio in North Adams on Sunday during the tax-free weekend.

Berkshire consumers were snapping up quality furniture, kayaks, bicycles, gas grills, even ski boots as they took advantage of the annual sales tax-free weekend in Massachusetts.

Several retailers The Eagle visited on Sunday found store managers and owners pleased with the boost in profits, minus the 6.25 percent state sales tax on Saturday and Sunday.

The commonwealth forgoing millions in sales tax revenue, "definitely brings in business," according to Steve Blazewski, owner of Berkshire Outfitters in Adams.

"I had people checking out kayaks, bicycles and fishing gear," he said. "[Tax-free weekend] keeps the cash flowing and in the area."

"The [lack of] a 6.25 percent drives people into our stores," said Kennedy.

Tax-free weekend means retailers didn't assess the 6.25 percent state sales tax on most items less than $2,500. Some retailers in the area doubled the offer, shoppers getting an additional 6.25 percent off the regular price of each item.

The annual appearance of a summertime sales-tax holiday was solidified last year, when the Massachusetts Legislature and governor signed off on a bill that set standards for minimum wage, paid family medical leave and made permanent the tax-free holiday.

That bill was ratified just days before the 2018 tax-free weekend began, giving retailers little time to prepare. A permanent tax-fee weekend led to "better than expected" business at the family-run Pittsfield Furniture, according to owner Paul Clark.

Normally closed on Sunday, Clark says the tax free-weekend is one of the rare times Pittsfield Furniture is open on a Sunday.

"We had staff waiting on people by 9:30 [Sunday morning,]" he noted. "We''ll stay open until the last person is served."

Clark plans to keep discounting furniture at 6.25 percent beyond this past weekend, the store footing the bill on the tax portion.

"It gives people a chance to come in who couldn't make it this weekend," he said. "We'll make it 'tax-free' for our customers until the end of the month."

While the tax-free holiday saves consumers money, the state loses tens of millions in tax revenue. The Department of Revenue estimated that the commonwealth didn't collect $16.7 million to $37.7 million in sales tax over the 2018 tax-free weekend.

Advertising the tax-free weekend is usually left to the individual stores via traditional and social media. Nevertheless, many shoppers were unaware they were buying tax-free goods the past two days.

"Saturday we had a mix of shoppers who were surprised when we told them, while others knew about it. Those people had already come in days before to look around ahead of time before paying on Saturday," said Jake DeVarennes, assistant manager at Plaine's, a bike, ski and snowboard shop in Pittsfield.

Bicycles and bike gear were the big sellers, but DeVarennes had a couple of customers buying ski boots on Saturday.

The tax-free holiday also allows businesses like hardware stores, to move more summer items as they get ready for their fall and winter inventory.

"We have a lot of Tanglewood people buying umbrellas and tarps," she said. "We also get a lot of second-home owners who usually pay higher [sales] taxes who are glad to pay for anything at a lower price."