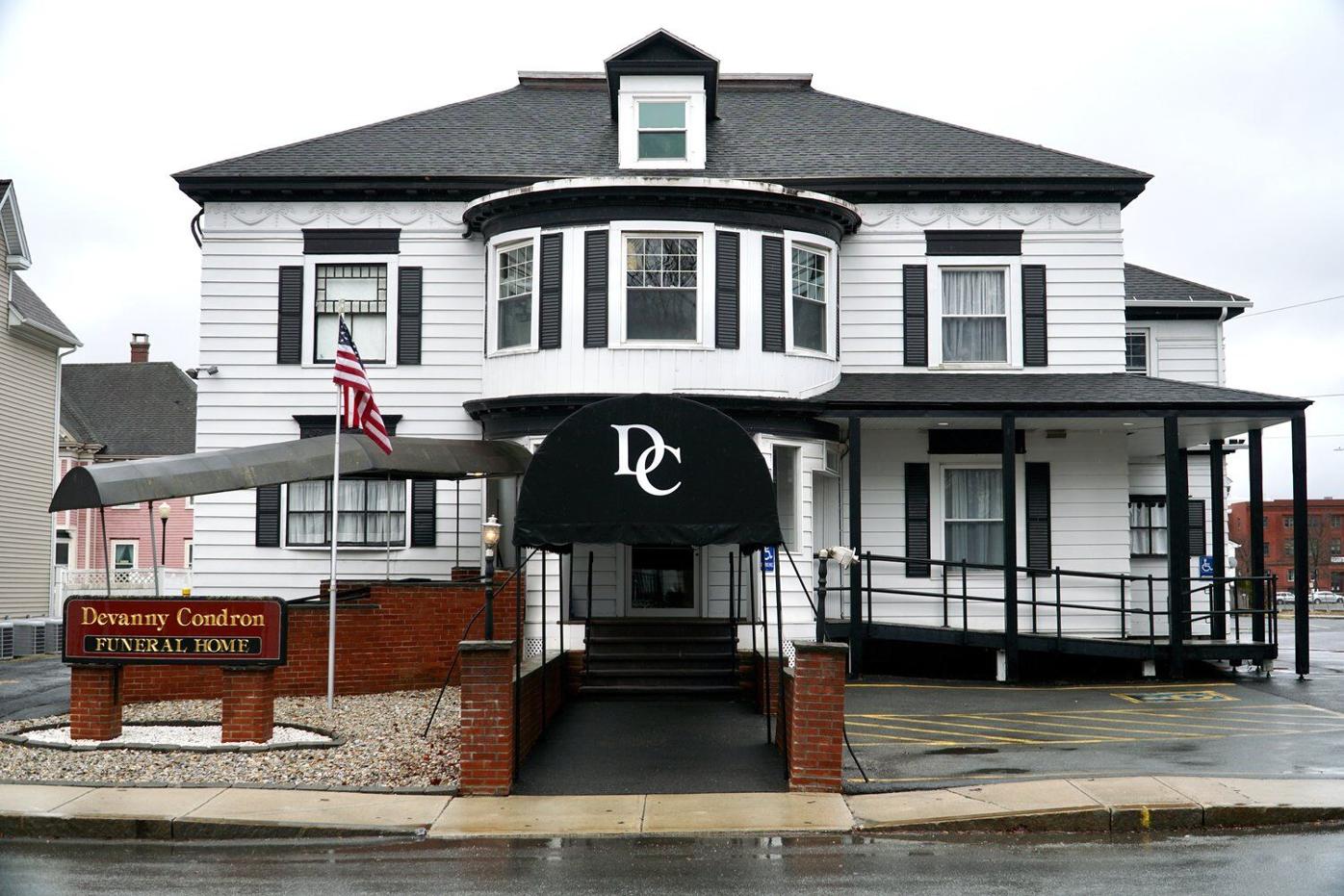 EAGLE FILE PHOTO The Devanny-Condron Funeral Home, at 40 Maplewood Ave. in Pittsfield, is known for the care and compassion it offers to the community in its times of loss. That holds true during the coronavirus outbreak. The typical funeral is now changed, however, to pay respect to the dead and the living, says John Bresnahan, funeral director at Devanny-Condron. The funeral home can be reached at 413-216-0514 or via its website, devanny-condron.com. 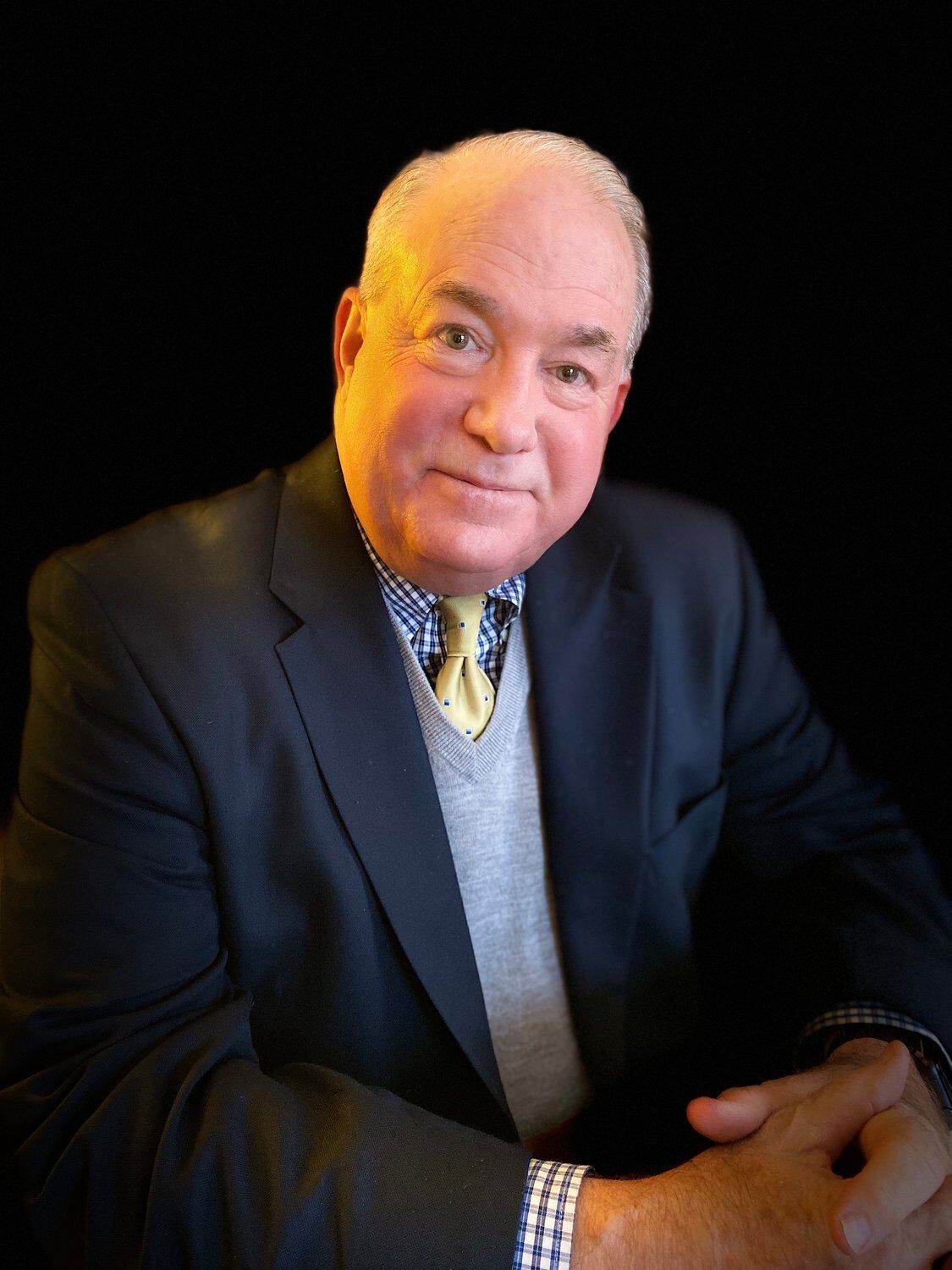 PHOTO PROVIDED “Funeral services, whether we're talking about in the Roman times or 2020, are a direct reflection of society," notes John Bresnahan, who says social distancing is now a practice in current funerals.

EAGLE FILE PHOTO The Devanny-Condron Funeral Home, at 40 Maplewood Ave. in Pittsfield, is known for the care and compassion it offers to the community in its times of loss. That holds true during the coronavirus outbreak. The typical funeral is now changed, however, to pay respect to the dead and the living, says John Bresnahan, funeral director at Devanny-Condron. The funeral home can be reached at 413-216-0514 or via its website, devanny-condron.com.

PHOTO PROVIDED “Funeral services, whether we're talking about in the Roman times or 2020, are a direct reflection of society," notes John Bresnahan, who says social distancing is now a practice in current funerals.

Gatherings to honor the dead have happened since the dawn of humankind.

In our modern era, when a loved one dies, families come close, gather their ranks and lean on one another for support during a time of unbearable grief. We hug, hold and cry, we eat and drink together, and remember, and cry again.

Now, everything's turned upside down, and we all have been thrust into a world that looks more like science fiction than the world we remember.

Where just a few weeks ago, there was an embrace, now there's a deep and gentle nod from several feet apart. Where there was a handshake, now a wave or a wink. A kiss? Now, not a chance.

This is the current reality of grieving for a lost loved one in the Berkshires, where the novel coronavirus has struck, sickened dozens and claimed several lives.

The COVID-19 illness has affected all aspects of life, from going to the supermarket to getting the mail. Funerals and the way they're observed are no exception, says Pittsfield native and funeral director John Bresnahan.

Bresnahan, 65, serves his community in a hallowed position, as the caretaker of the recently deceased. He leads Devanny-Condron Funeral Home, a city mainstay that has roots here dating back to 1915, and to which Bresnahan is tied by blood.

The funeral business has changed a lot in Pittsfield over the years, Bresnahan said; he remembers days when there were 13 funeral homes – now there are four in the city. Traditions and religions have washed away over time, “so you have to listen to the direction that you're your community is going in.”

Nothing in his time has compared to the onslaught of the coronavirus, however, and how it has changed life here.

“It will impact the whole Berkshires. Maybe from this day going forward,” Bresnahan said.

Bresnahan said he and his two other full-time funeral directors, Caroline and Korey, have found, even among the havoc and uncertainty of the pandemic, that families have been understanding and adaptive in their grieving, across all religions and ethnicities.

Each group in the Pittsfield area brings with it a host of customs, including how to honor and bury the dead, said Bresnahan.

“Funeral services, whether we're talking about in the Roman times or 2020, are a direct reflection of society,” said Bresnahan. “The mores that we abide by also dictate what we do. Moreover, there are external forces that mold the things we do and say.”

COVID-19 is that external force now, and it's dictating – via new health and safety directives from the commonwealth of Massachusetts – what can occur at funerals.

Honoring the dead in the time of COVID-19

What matters most to Bresnahan is that Berkshire residents should know that Devanny-Condron will continue to honor the wishes of the deceased and their family, but tempered by social distancing practices.

“Funerals are ordinarily an outpouring of the community and a great support for families,” said Bresnahan.

“The commonwealth of Massachusetts has restricted, with clear guidelines, about the amount of people that can be attending any one particular event, including funerals,” said Bresnahan.

To abide by the state edicts at Devanny-Condron, that means serving eight immediate family members at a time, plus two funeral directors.

“During the pandemic, these restrictions on public gatherings contribute to a fair amount of overall loss and heartache for people,” said Bresnahan.

Fortunately, in this electronic age, there are many ways to connect.

People can still honor the dead by letting immediate family members participate and grieve, which eliminates large groups and the danger of spreading the viral illness, said Bresnahan.

“A recent service, broadcast through Facetime, actually allowed people who were scattered around the country, to participate in the ritual,” Bresnahan said. “The family was so gratified that they could be accommodated electronically.”

In addition, many families are choosing to schedule a memorial or celebration of life at a later date. Thus, holding a brief service now for the immediate family and planning for a public gathering later.

Adaptation is how it works now, said Bresnahan, for whom, like most of this day and age, there is no reference point for a pandemic.

What about greeting mourners, pallbearers and open caskets?

Just as the virus is butting against religious practices, the other basics of funeral services have changed. At the outset of interactions with families, Bresnahan and his team brief them of the practice of social distancing, the recommendation of health agencies large and small, out of respect for the living and the dead.

Bresnahan said it's all a matter of tempering the usual exchanges with families.

“Anytime we have had a family come into the funeral home, our typical style is now altered in order to practice social distancing. So there's less contact, less shaking of hands, less hugging,” said Bresnahan.

Devanny-Condron has always been known for its warmth and empathy, said Bresnahan, and that makes adjusting to the new normal a little hard for him and for longtime friends and customers. Having lived here for so long, Bresnahan said, he is in regular service to people and families with whom he is close.

“I went to a family's house yesterday. We were neighbors when I was a kid. I said to them, 'I'm not going to hug you, but please understand, my heart is giving you the largest hug ever.' What else are you going to say? This is a family that is the hugging-type of folks. You feel bad for them, because it's not the ordinary way they illustrate their grief.”

Even with social distancing, precautions can be taken such that there are some traditional practices remaining, such as the carrying caskets.

But, open caskets? At this point, Bresnahan believes it's best to continue to educate grieving families of the dangers of being too close to an affected loved one and their casket.

Bresnahan also can assure residents that their loved ones will be cared for with the same Devanny-Condron level of attention. The funeral home has rapid access to the city cemeteries for burials and cremated remains, as well as access to the Pittsfield Crematory.

Staying up to date on the funeral business

As a vice president of the board for the Massachusetts Funeral Directors Association, Bresnahan is at the nexus of information within his profession, whether related to making transfers of remains from homes, nursing homes and hospitals, or best practices in the age of the novel coronavirus.

His business is an essential service, and as such is permitted to operate during the broad statewide shutdown that's recently been extended into May.

“We are toward the end of the public health chain, an integral, integral part,” said Bresnahan.

As part of the public health chain, the funeral home is beholden to the state to maintain high levels of public health and is wiped down and sanitized in between services.

“It's an obligation to try to keep, manage and protect the public health,” said Bresnahan, who for years was an assistant director at a state agency that oversees 176 professions, for matters of health, safety and more.

Bresnahan wants families to know that the state has eased its rules around cremation for those who died from the coronavirus, which normally requires a 48-hour wait, and COVID-19-related deaths no longer need the signature of an officer from the Office of the Chief Medical Examiner. These measures are designed to expedite the burial and cremation process.

As a 65-year-old, Bresnahan knows that the virus could affect him personally and professionally, too, but he buffers his worry with humor. “I tease my associates, Corey and Caroline, 'You know what, at my age, I'll be nervous enough for all three of us.'”

Worrying pays off, every so often, as Bresnahan began scouting for personal protective equipment early in the pandemic, as it's a key tool in their work.

"We realized early that this is a tactile-type disease. We could be affected,” said Bresnahan. “From the get-go, we were employing universal precautions to the fullest extent,” as if they were doing surgery.

"You're the smartest of all the funeral service professionals if you're treating each individual death as if. That's out of respect to the individual who's deceased, as well as respect to ourselves. It doesn't benefit this community to have funeral directors to become ill."

“It knows no age, no gender. It's not a discriminating disease,” said Bresnahan. “It takes effort. It takes continuing education. You've got to pay attention.”

Knowing the contagiousness of the virus, Bresnahan and his wife have decided to self-quarantine from their children and grandchildren, until this unprecedented ripple in world history has passed.

Meanwhile, like his COVID-10-era customers, Bresnahan and his wife have been turning to Facetime to stay connected with their immediate relatives, who only live a few miles away.

“They say Apple made Facetime for grandparents. It's more true now than ever. I have a 7-year-old granddaughter who has a standing Facetime appointment with grammy.”

Bresnahan said his granddaughter, Charlotte even grants him a few minutes of Facetime, too.