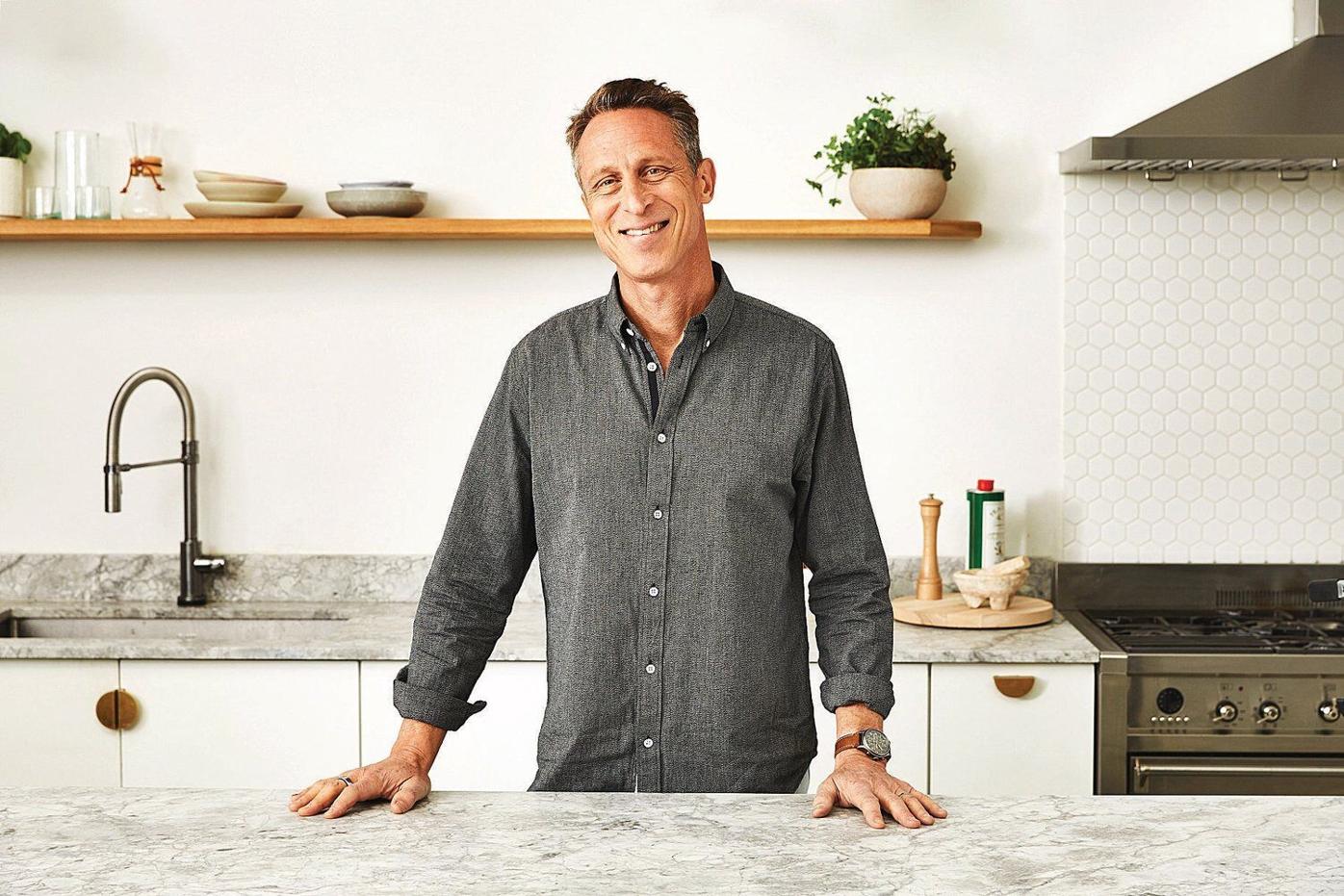 Dr. Mark Hyman founded The UltraWellness Center in Lenox in 2004. 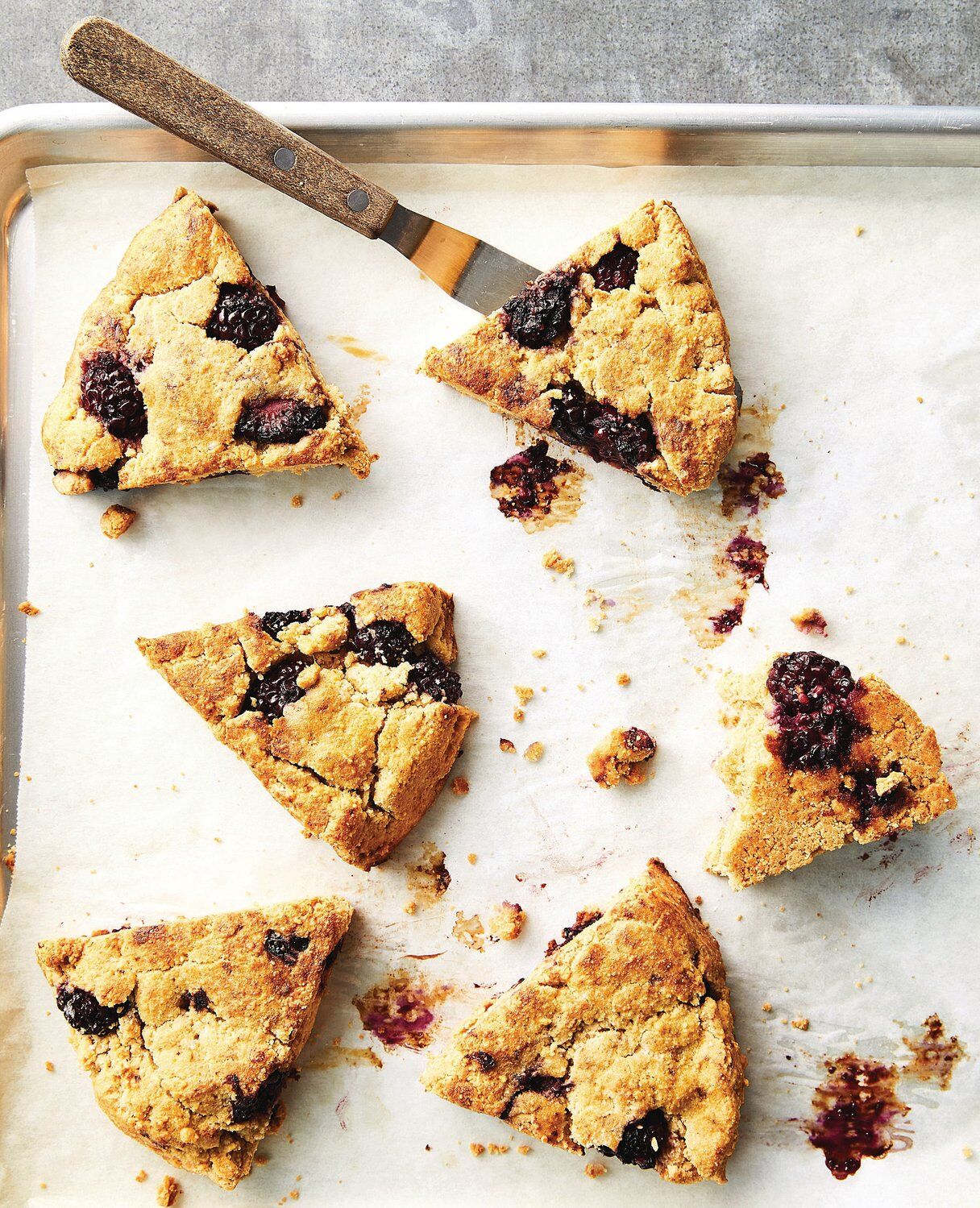 Orange-Blackberry Almond Scones highlight one of Hyman's favorites fruits,blackberries, which are a healthy source of vitamin C. 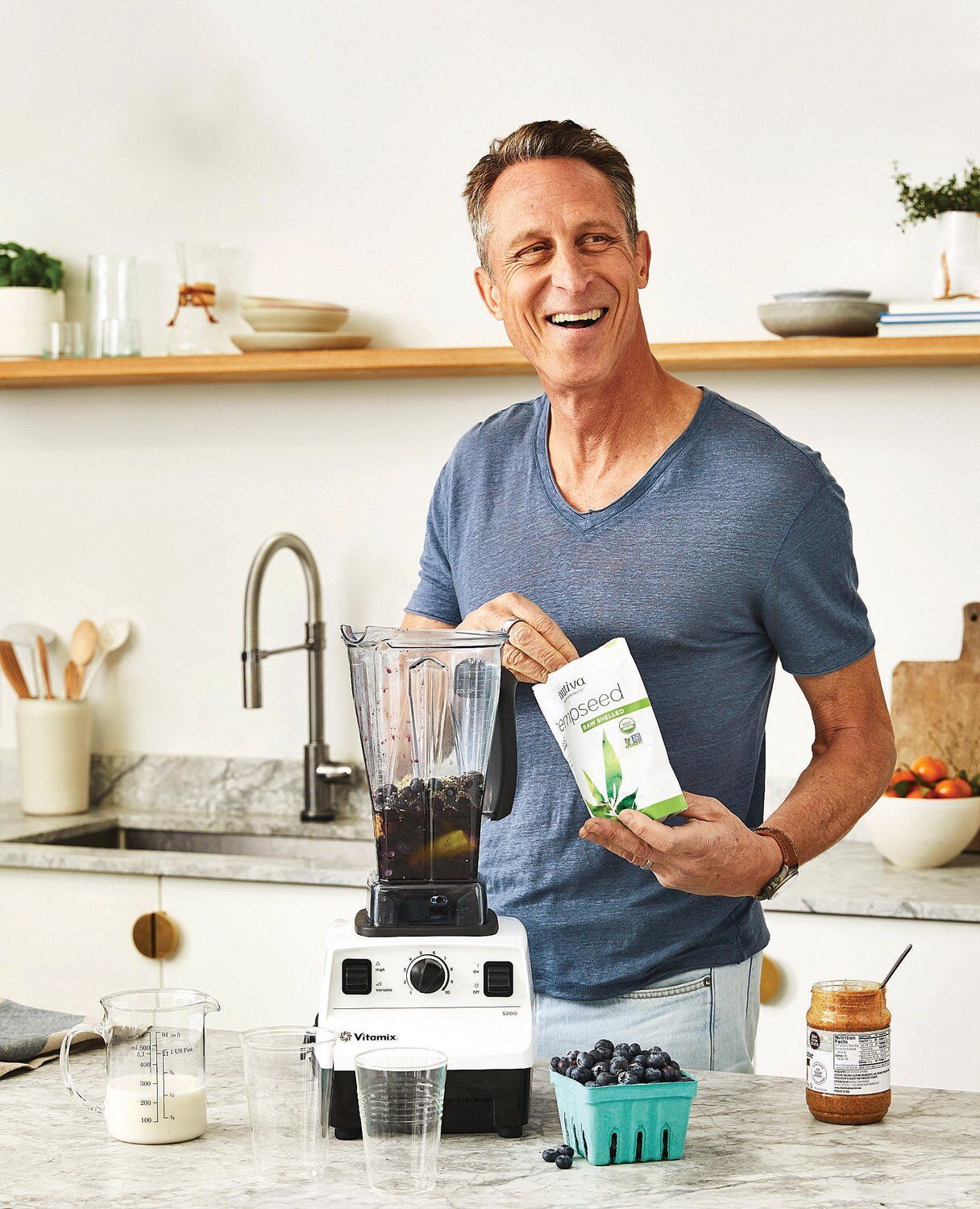 Dr. Mark Hyman recently released a new cookbook "Food: What the Heck Should I Cook?"

Dr. Mark Hyman founded The UltraWellness Center in Lenox in 2004.

Orange-Blackberry Almond Scones highlight one of Hyman's favorites fruits,blackberries, which are a healthy source of vitamin C.

Dr. Mark Hyman recently released a new cookbook "Food: What the Heck Should I Cook?"

For 2020, the 12-time New York Times best-selling author makes eating well a little easier — and delicious — with his cookbook "Food: What the Heck Should I Cook?" He shares his food philosophy and recipes beside notable chefs and celebrity contributors including Hugh Jackman and Gwyneth Paltrow.

"I love cooking, I cook every night when I'm home," said Hyman by phone on New Year's Day, fresh from visiting family in New Zealand. Cooking for his wife Mia Lux "inspires me, she gets so much joy out of it." He describes his cookbook's slow-cooked lamb, Persian cucumber and salmon recipes as "quite yummy."

The "Food as Medicine" advocate learned to cook from his mom. "She had a garden in our Toronto backyard and always made food from whole ingredients. She lived in Europe after the war and so missed the 1950s [American] processed food era."

Previously a vegetarian for 10 years, Hyman was focused on healthy eating, but felt better consuming more salads and less of the starch — bread, pasta, rice — commonly associated with vegetarian diets.

Now, he embraces grass-fed meats, organic chicken and pasture-raised poultry, an approach he named "Pegan," a hybrid of Vegan and Paleo (meat-based) diets.

Educated at Cornell and Ottawa universities, Hyman moved to the Berkshires in 1994. Following eight years as co-medical director at Canyon Ranch, in 2004 he founded The UltraWellness Center in Lenox, where a team of health providers and nutritionists serve people from around the world. His high-profile clients include Bill and Hillary Clinton and Will Smith's family.

Hyman speaks across the U.S. and internationally in person and through media such as his popular podcast "The Doctor's Farmacy." He has worked in Nepal, Jamaica and on Hopi reservations, and treated Haitian earthquake victims in 2010. He also develops programs to address social injustice in inner-city communities.

"I trained as a family medicine doctor and have practiced Functional Medicine for 25 years," he said. "It's a new way of thinking about disease and health that gets to the root cause and focuses on the body and whole system, not just symptoms. It's very personalized."

For example, "typically doctors will diagnose auto-immune disease, give it a label like rheumatoid arthritis and use drugs to suppress inflammation. Functional Medicine asks a different set of questions, [namely] why is there inflammation?"

"There could be 10 people and 10 different reasons," such as Lyme disease, heavy metals and microbiome. "Each person is treated differently."

In 2014, Hyman became director of Cleveland Clinic's Center for Functional Medicine. "I'm building a whole program there, we've seen about 15,000 patients over the last 5 years. What we're doing is the future of what everybody's going to be doing. Medicine is undergoing a revolution, we're breaking down traditional ideas."

His books "are a way for people to access the intelligence of social medicine without having to see a doctor. A lot can be done on your own."

"It's a pretty simple idea. If it's food you recognize — grains, beans, nuts, seeds, vegetables, fruit, clean protein — all of that is game."

He asks church gatherings the question, is this food that God made or that man made?

"I joke, if there are health food sections in every grocery store, what does that make the rest of the food?"

His cookbook details pantry staples and ways to adapt favorite recipes. "There are always healthy hacks for doing the right thing," he said.

Walmart "is one of the biggest sellers of organic food in the country," Hyman noted, and natural grass-fed meats are just a click away. "Wherever you live, Amazon or Fed-Ex are wonderful resources for online access."

When eating out, frequent restaurants that offer whole food. "It's a matter of understanding the options and not being fanatic," he said. Thrive Vegan Diner in Pittsfield is one possibility with many natural choices.

Along with eating right, Hyman stressed it's important to keep moving, as exercise and food are both essential.

"You can't exercise your way out of a bad diet," he cautioned. "You have to walk 4 miles to burn off one soda."

While a whole foods diet can do tremendously well for your health, "the truth is that exercise is a critical component of healthy aging and wellbeing."

"Everybody can take a walk for 20 minutes. I'm not going to give a pass on that."

A recipe to try

(Excerpted from "Food: What the Heck Should I Cook?" Copyright 2019 by Mark Hyman, MD. Used with permission of Little, Brown and Company, New York. All rights reserved.)

"Blackberries are one of my absolute favorite fruits — they're a great source of vitamin C and contain many other antioxidants that are protective against inflammation, cancer, neurological diseases and more. Thanks to almond and millet flours, these scones are nutrient-dense, lower-glycemic alternative to traditional scones that are made with refined flour and sugar, plus they provide healthy fats and protein to keep you satiated."

Lay a square piece of parchment paper on the counter. Place the dough on the parchment and flatten into a 1-inch-thick disk. Cut the disk in half, then slice each half into three wedges, creating six pieces. Place the scones on the lined-baking sheet and bake for 18 to 20 minutes, until golden brown.

Let cool for a few minutes before serving. Store leftover.