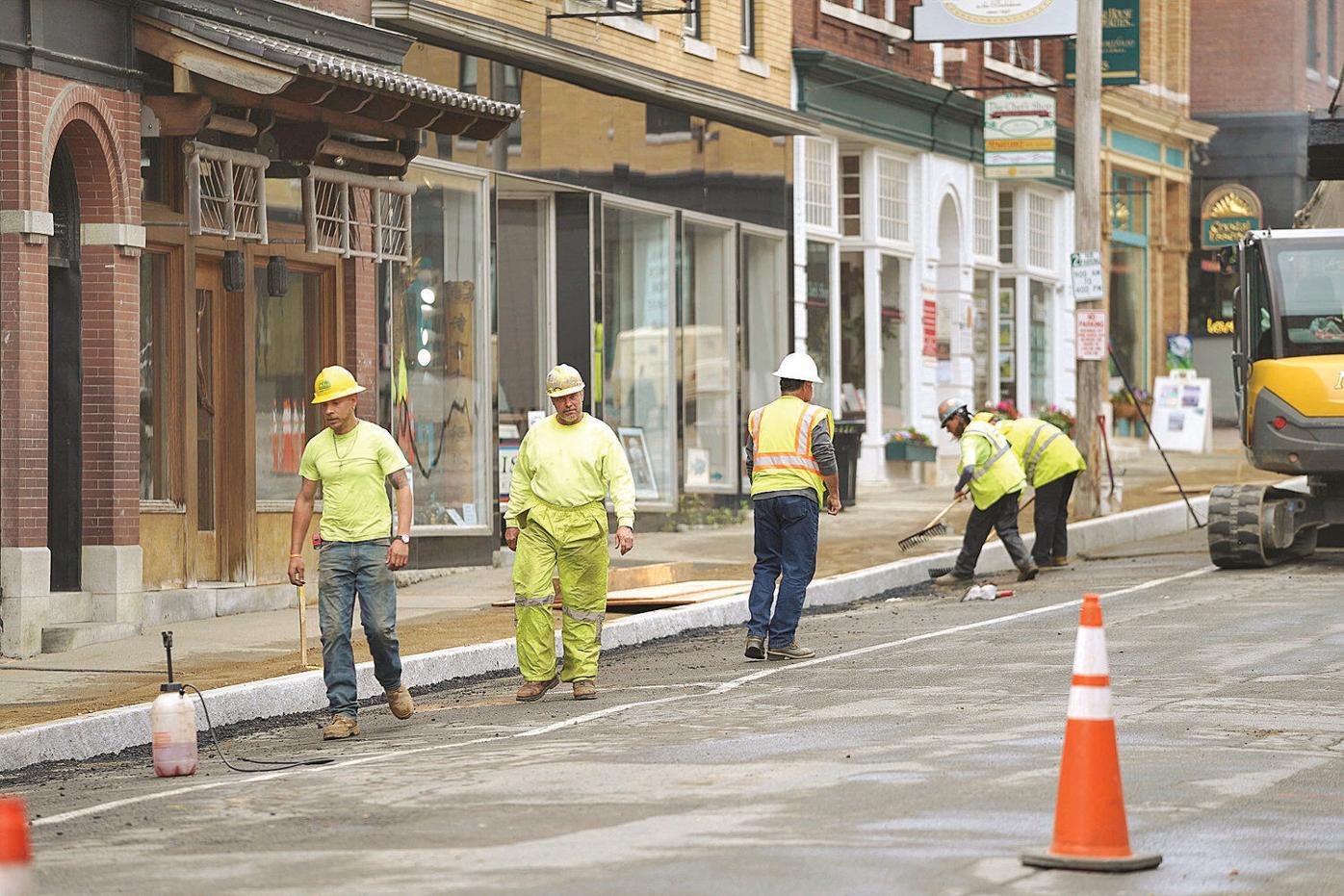 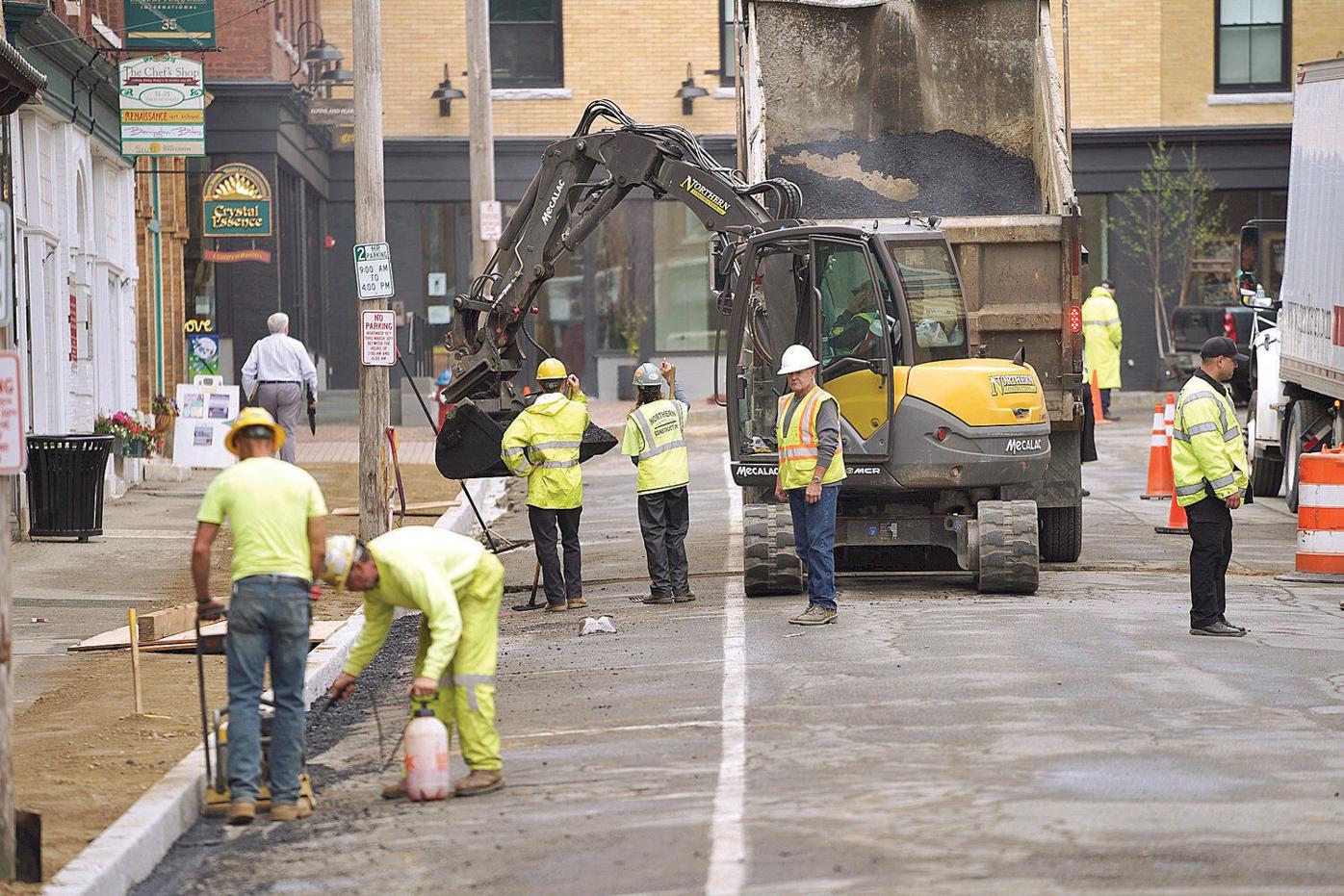 GREAT BARRINGTON — As the dust flies, the traffic slows: The long-awaited and, in some cases, dreaded downtown reconstruction project is well underway.

As anticipated, the work has temporarily wiped out some parking on Railroad Street, made traffic chokepoints and possibly cut into merchants' earnings. But the work was badly needed and will be well worth the short-term hassles, say town officials — and some shopkeepers.

"It has to be done," said Richard Peck who, on a rainy Tuesday, was working alone at the kitchen supply store, The Chef's Shop. He said foot traffic over the Memorial Day weekend was pretty good, but since work began about two weeks ago, it's been unseasonably quiet.

Some days parking is available on the street, and some days it's not. But sidewalks on the north side of the street are complete — and noticeably wider.

The work is part of a larger, state-funded project to upgrade downtown streets, sidewalks and parking areas. The construction will overhaul Railroad, Elm, School and Church streets, as well as part of Bridge Street.

It's paid for with a $2.1 million MassWorks grant intended for areas that are ripe for development or where new projects are already underway.

On Bridge Street, for instance, the work coincides with construction of Powerhouse Square, a complex that will house a newly expanded Berkshire Food Co-op, other retail spaces and 22 condominiums. Up the street, a brownfield will be home to affordable housing and likely some other development. And the former Searles Middle and High School is set to eventually become a hotel.

The infrastructure work is critical, and winning grant money was a major coup, say town officials. Town planner Christopher Rembold said talk of improving Railroad Street has been going on since the mid-1980s.

He said that so far, the project is moving right along.

"We had some hiccups with the weather and started later than we wanted to," Rembold added.

Rembold said all the sidewalks would likely by completed by the second week in June, with all the street paving done by June 30. But he couldn't give an exact date for Railroad Street, he said.

It's all fine by Anna Sgalia, assistant manager at JWS Art Supplies on the north side of Railroad Street. She thinks the work is crucial to a tourist town about to "boom," mostly because of the legal pot industry.

"I'm happy," she said, noting that the sidewalks used to slant on a diagonal, crumble in places, and were difficult for people with disabilities to navigate. Now they are wide and smooth. She thinks people should see that this work needs to be done, especially because Great Barrington is a tourist town.

"I think people need to get over the 'a pebble in their shoe' kind of complaints," she added.

But one complaint she thinks is valid is that there isn't enough parking, and Sgalia says more should be done about this.

"It's a constant complaint from our customers."

Heather Bellow can be reached at hbellow@berkshireeagle.com or on Twitter @BE_hbellow and 413-329-6871

Fear not. The work will soon cease.