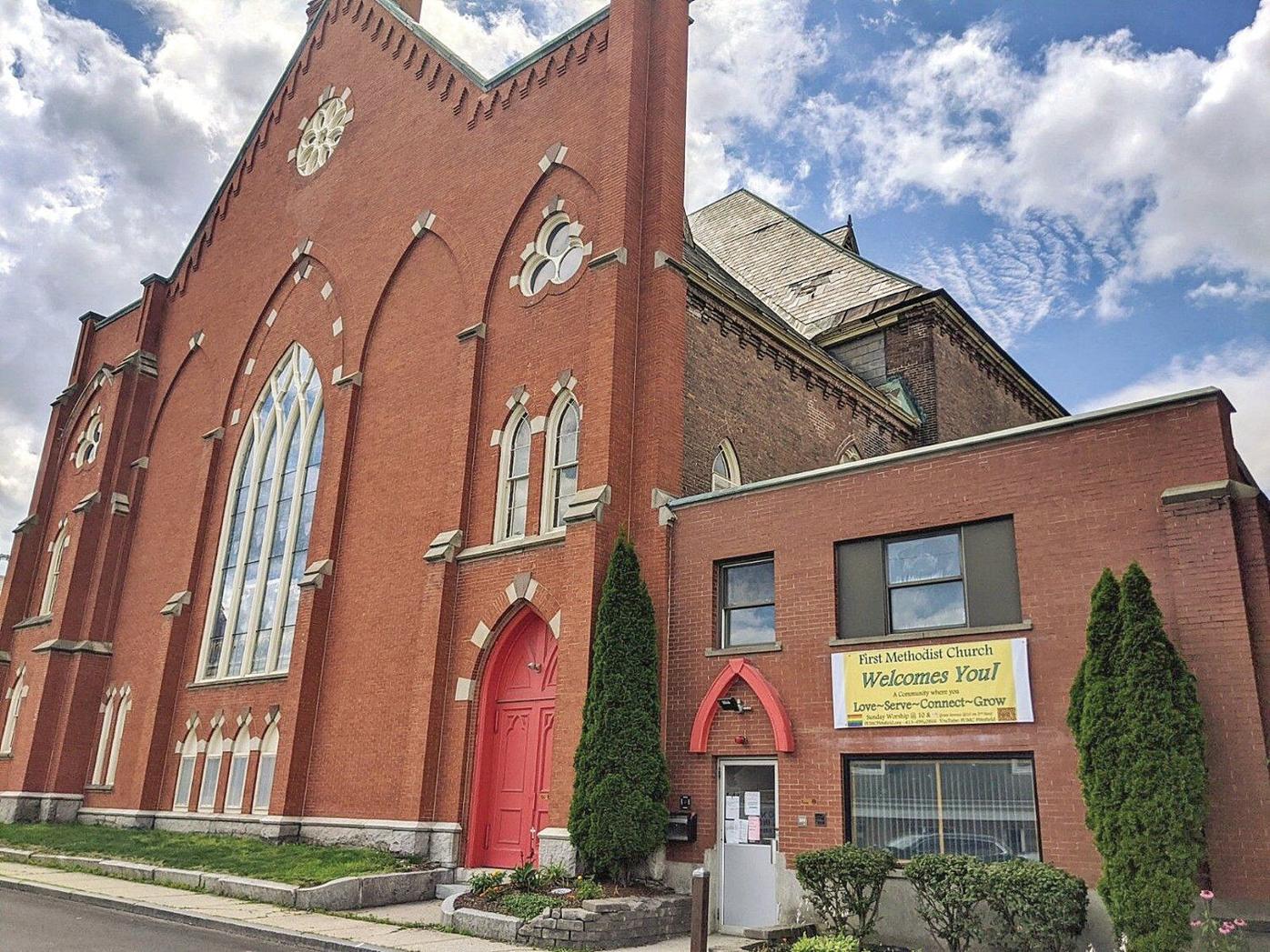 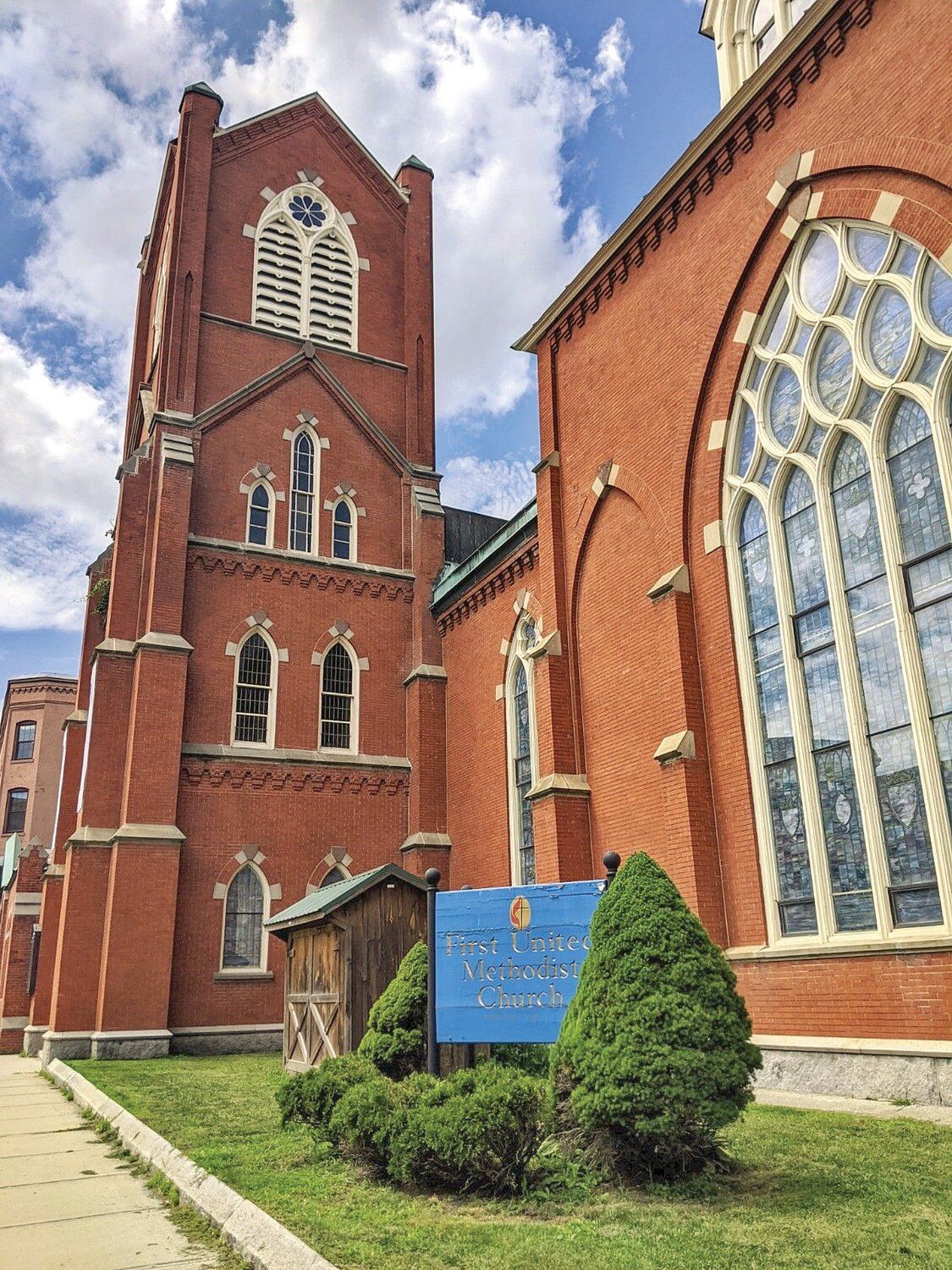 PITTSFIELD — As the number of homeless people taking up residence in Springside Park increases, only one proposal for a new shelter has been brought to the Community Development Board table, and it's meeting opposition.

The First United Methodist Church of Pittsfield, located at 55 Fenn St., has submitted an application to the board to approve a special permit to develop a shelter to serve between 20 and 40 people within the existing building space. The project, if approved, would replace the outdated Barton's Crossing shelter, located on the outskirts of the city, at 1307 North St. ServiceNet, the mental health and human services agency which currently operates Barton's Crossing, would lease the church space and manage the proposed shelter program.

The board heard nearly an hour's worth of public comment — namely from residents in support of the proposal and downtown business owners in opposition of its planned location — before deciding to continue the public hearing on the matter until Aug. 18.

"I'm not sure I've ever been involved in a decision as difficult as this one," Community Development Board member Elizabeth Herland said.

"For me I really need more time," board member Floriana Fitzgerald said. "We need to hear from the abutters. We need a better discussion, a more open discussion, where people will be able to have that conversation and give their suggestions and let us know what their fears are and learn how they can help the homeless. But we need more time and need more information."

On Monday, July 20, the United Methodist Church's Rev. Ralph Howe and members of the church and ServiceNet community held a two-hour virtual Zoom meeting with 60 people to discuss the proposal, but Jesse Cook-Dubin, a local attorney and former president of Downtown Pittsfield Inc., said the meeting was called with only two days' notice, leading to a lack of participation from abutters and downtown business owners.

Cook-Dubin and other opponents of the proposal acknowledged the increasing struggle of homelessness in the city but say they worry that the presence of homeless people could adversely affect already struggling downtown businesses and cultural venues.

Shipton Building owner Steve Oakes and others expressed concern with people loitering between the hours of 8 a.m. and 4 p.m., when the shelter is closed.

"There's a window during the day when these people are a problem. It seems to me this shelter should not be in the heart of our downtown," he said.

Supporters of the proposed shelter questioned these opinions, noting that the matter of homelessness and the shelter proposal itself are nothing new.

Berkshire Craft Beer Festival co-founder Jim Bronson said that last summer's festival was heavily promoted to specifically raise funds for the relocation of Barton's Crossing to the church. The city has also approved permitting to allow the church to install a sprinkler system in preparation for renovations for the shelter, which will take up approximately 6,000 square feet in the building's former Sunday school classrooms. The proposal calls for the designation of two men's dormitories and a women's dorm, with renovated shower and restroom facilities, laundry services, shared kitchen space, and offices for programming on site.

A couple of hours before the 6 p.m. start of the lengthy Community Development Board meeting, Mayor Linda Tyer returned a call seeking comment from The Eagle then also took to her Facebook page to make a public statement on the issue of homelessness in the city.

"I understand there's a lot of concern about members of the homeless community. I'm concerned, too. This is an extremely complex situation and it does not have a one-size fits all solution," her post began.

"The City of Pittsfield and local government does not have the expertise to own and operate a homeless shelter," Tyer told The Eagle.

She said in both her public post and the interview that the city is working closely with ServiceNet and its human service partners to understand the needs of the local homeless population.

"The city depends on our service providers to best serve our homeless population and provide healthy and appropriate options," Tyer said in her post.

She encouraged anyone in need of support or wanting to help support the city's homeless to call ServiceNet at 413-448-5353.