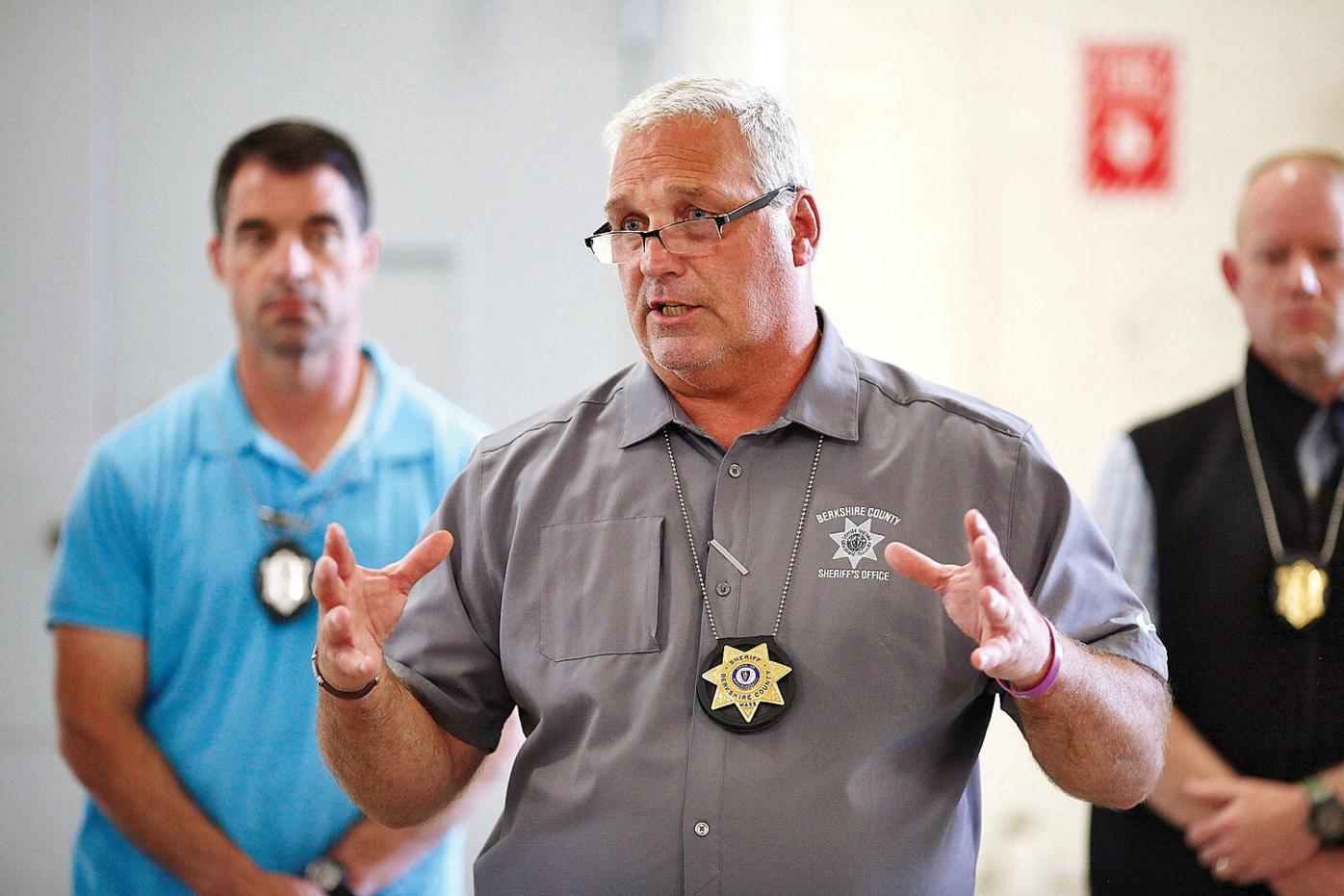 Berkshire County Sheriff Thomas Bowler holds a press conference Tuesday to update the public on the continuing search for Harry Chandler, who escaped from the department's custody Monday as he was being discharged from Berkshire Medical Center in Pittsfield. 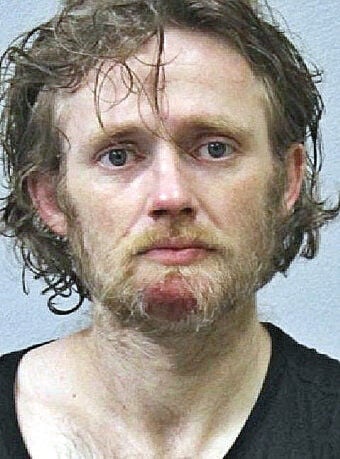 Berkshire County Sheriff Thomas Bowler holds a press conference Tuesday to update the public on the continuing search for Harry Chandler, who escaped from the department's custody Monday as he was being discharged from Berkshire Medical Center in Pittsfield.

PITTSFIELD — More than 30 law enforcement officers from multiple agencies remain on the hunt for an inmate who escaped custody Monday afternoon at Berkshire Medical Center.

Harry Chandler, who has a black belt in judo, overpowered a deputy with the Berkshire County Sheriff's Office as he was being released from the hospital.

The escape triggered an extensive police manhunt in the Morningside neighborhood, including the use of a state police helicopter, that lasted until 4:30 a.m. Tuesday. Officers resumed their search at 8:30 a.m., Sheriff Thomas Bowler said.

"Those operations are continuing and, at this time, we would encourage Mr. Chandler to turn himself in peacefully," Bowler said at a news conference Tuesday afternoon. "We are working with members of his family. We have made contact with his attorney."

Chandler, 33, was arrested last week on a warrant for an April larceny case — one of eight open cases in Central Berkshire District Court. He pleaded not guilty to the newest charges July 3, and Judge Jennifer Tyne revoked bail on all his cases.

While Chandler was in custody, he was taken to Berkshire Medical Center, where he received treatment for infections to his hands. Chandler was about to be discharged from the hospital and taken to the Berkshire County Jail and House of Correction when he assaulted the officer and fled.

"He was in the process of changing from his hospital garments to his jail garments," Bowler said. "Handcuffs and shackles were off at that time."

The officer has been treated for an injury and will return to work Wednesday, he said.

It is normal procedure to have one officer assigned to an inmate at the hospital. Chandler was under an officer's watch "24/7" during his stay, Bowler said.

The Sheriff's Office, along with Pittsfield Police, state police assigned to the Berkshire District Attorney's Office, and the Federal Bureau of Investigation, are working on the search. About 50 officers are assigned to the case, 30 of whom are on the streets, following leads.

The primary focus of their search is Pittsfield and Dalton.

"We have no reason to believe he is out of the area," Bowler said.

While Chandler has a history of "assaultive" behavior, police don't believe he has access to weapons, and they are hoping for a "peaceful resolution," Bowler said. If caught, Chandler would face additional criminal charges related to the escape, and assault and battery on a correctional officer.

Chandler's family has been cooperating with officers, Bowler said.

Some of Chandler's pending charges allege violence and attempts to flee from police. They include resisting arrest, assault and battery on a police officer, and multiple counts of assault and battery with a dangerous weapon on someone over the age of 60. He also faces a charge of failing to register as a sex offender.

Bowler did not address the details of Chandler's open cases.

Pittsfield launched a "CodeRED" notification to residents, alerting them of Chandler's escape, on Tuesday morning.

Officials are asking anyone who believes they have seen Chandler or know where he is to call the Berkshire County Sheriff's Office, the Pittsfield Police Department or state police.

"The city of Pittsfield is prepared to provide any and all resources to the Sheriff's Office to bring this situation to an end," Tyer said after the news conference.