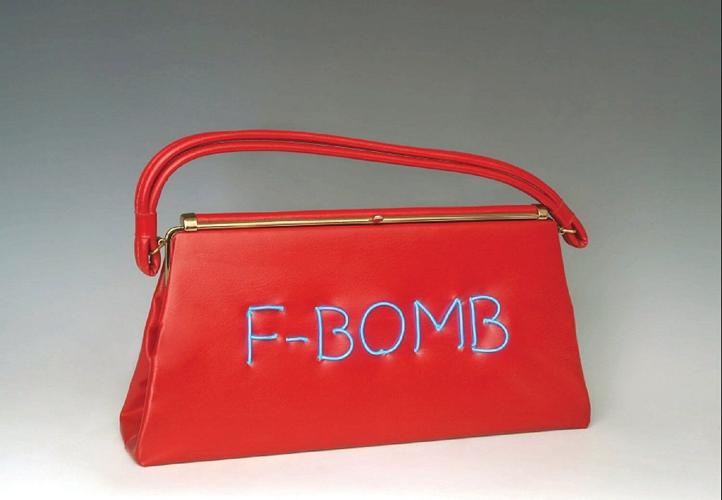 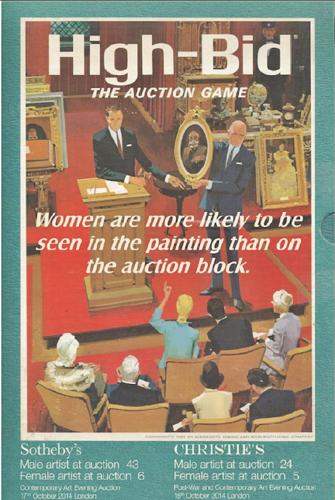 "Auction Sales, 2015" by Kate Jones, from the Gallery Tally project. 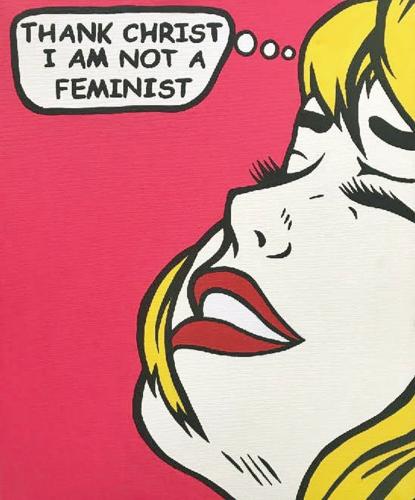 "Thank Christ I'm Not a Feminist," by Richard Bell, is part of the new group exhibition, "F-BOMB," at the Daniel Arts Center at Bard College at Simon's Rock. The show runs through Nov. 7.

"Auction Sales, 2015" by Kate Jones, from the Gallery Tally project.

"Thank Christ I'm Not a Feminist," by Richard Bell, is part of the new group exhibition, "F-BOMB," at the Daniel Arts Center at Bard College at Simon's Rock. The show runs through Nov. 7.

GREAT BARRINGTON — The F-bomb at the center of a new group exhibition at the Daniel Arts Center is not about the word you're thinking of.

"F-BOMB," which opens today in the Hillman-Jackson Gallery with a reception from 5 to 7 p.m., centers around another "dirty" word that starts with the letter F: feminism.

"I think it's going to be a really nice offering of cutting edge work in Great Barrington," curator Maura Reilly said during a recent phone interview.

For Reilly, who recently joined Bard College at Simon's Rock as its visiting faculty in art history and curatorial studies, it's a subject that she's more than familiar with. In fact, it's her area of expertise. In addition to specializing in feminism/gender, LGBTQIA+, museum and curatorial studies, she was the founding curator of the Elizabeth A. Sackler Center for Feminist Art at the Brooklyn Museum. There, she launched the first exhibition and public programming space in the country devoted entirely to feminist art.

The artist included in the show, she said, are artist friends or artists she's previously worked with — both men and women — who identify as feminists.

Art works in the show address a number of equality issues, especially the disparity of women artists represented by galleries and included in the permanent collections of major art institutions.

Work of the Guerrila Girls, a group of feminist activist artists who wear gorilla masks in public to remain anonymous and keep the focus on the facts they are presenting, will be represented by several of their canonical posters.

"We have one of the posters that says 'Do women have to be naked to get into the Met. Museum? Less than 4 percent of the artists in the Modern Art sections are women, but 76 percent of the nudes are female.' and another, "The Advantages of Being a Woman Artist," Reilly said. "What [audiences] can expect to see, in addition [to work addressing equality issues], is work about three things: gender, sex and sexuality. Some of the works will be very easy to consume, while other works will be more radical."

International artist Richard Bell, an Aboriginal artist from Australia who appropriates the work of pop artist Roy Lichenstein, has contributed the painting, "Thank Christ I'm Not a Feminist."

"Lichenstein's work is the quintessential representation of American domestication in the 1950s," Reilly said.

Another, more subtle work, is Ghada Amer's "Love Hurts, 2008," a piece of embroidery on linen.

"Fabric and fiber art is very important to feminist artists. In the 1960s, there was a movement to reclaim women's crafts as high art," Reilly said.

Catherine Opie's photographic portraits of transgender individuals are a little more on the radical side, she said.

A video, "Starting Over," by Nayland Blake, an artist who uses the pronouns we/they/them, features footage of the artist dressed in a white bunny suit, a symbol of sexual promiscuity. The suit is stuffed with 140 pounds of dried beans, equal to the weight of the artist's former partner, Reilly said. Blake then performs a series of dance moves until becoming physically exhausted.

"I think the most difficult piece in the show, which will have to label, is a video by the artist Tracey Moffatt, 'Love,'" Reilly said.

The video, a montage of love scenes, explores how Hollywood portrays heterosexual couples, beginning with romantic scenes between the couples, which then turn to violence, both physical and verbal, then to the women standing up for themselves and in some instances, seeking revenge.

"It's a fascinating montage, that ends with women becoming empowered and fighting back. It makes you leave with your fist in the air and saying, 'You go girl.," she said.

In all, Reilly hopes the show will be eye opening for viewers, especially those not familiar with the artists being shown.

"It's my hope they find one work in the show that makes them think and raises their awareness," she said.