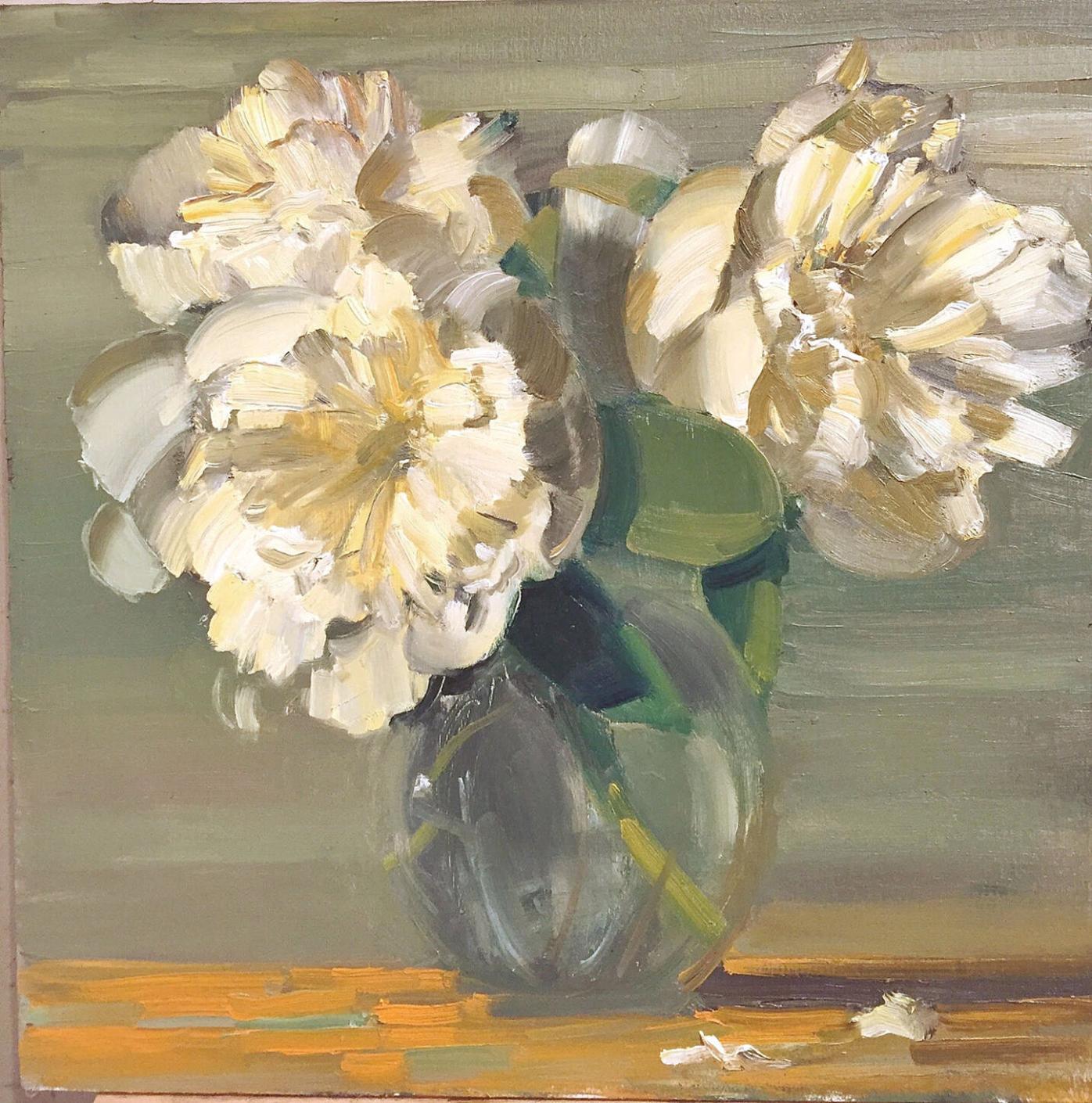 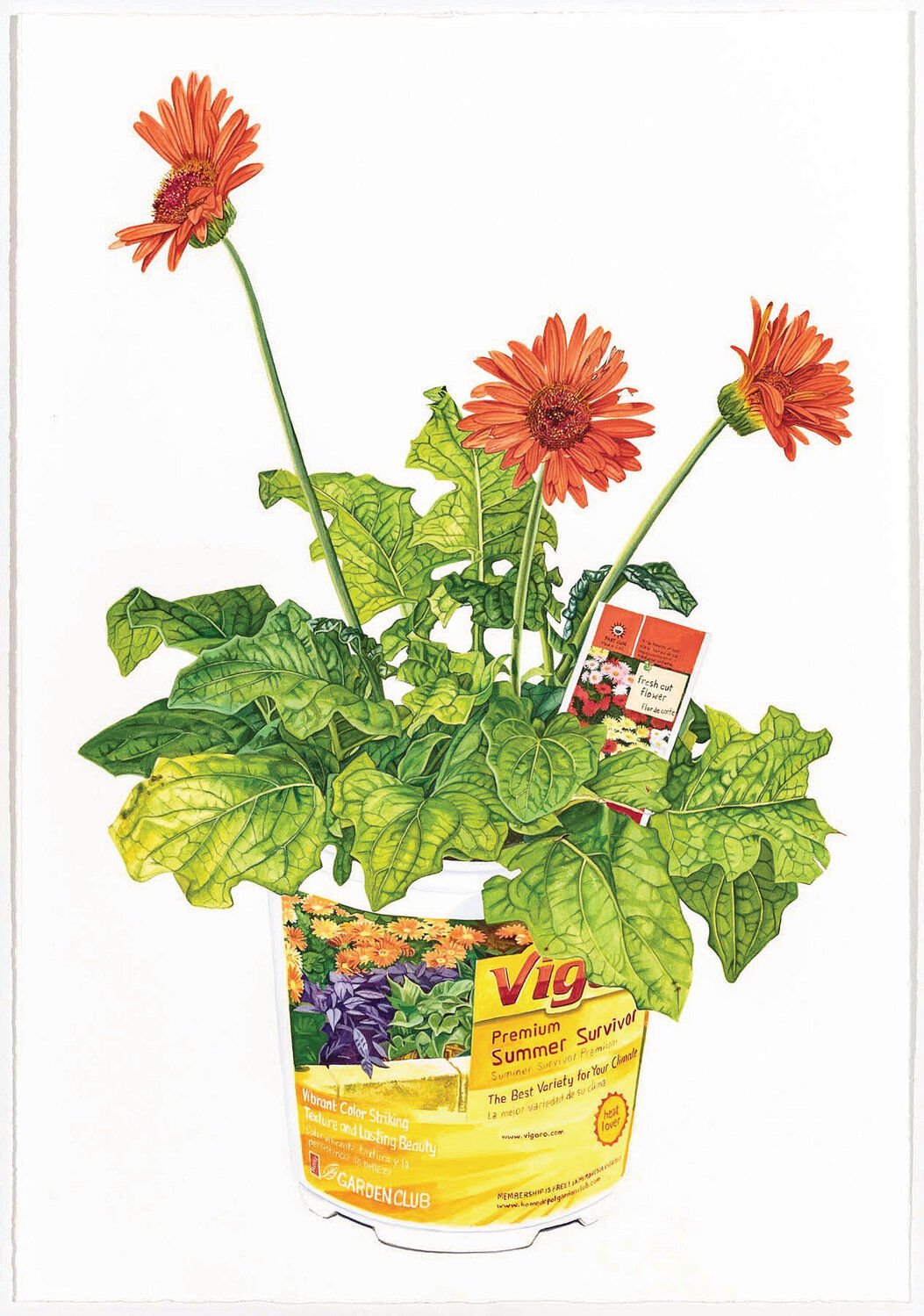 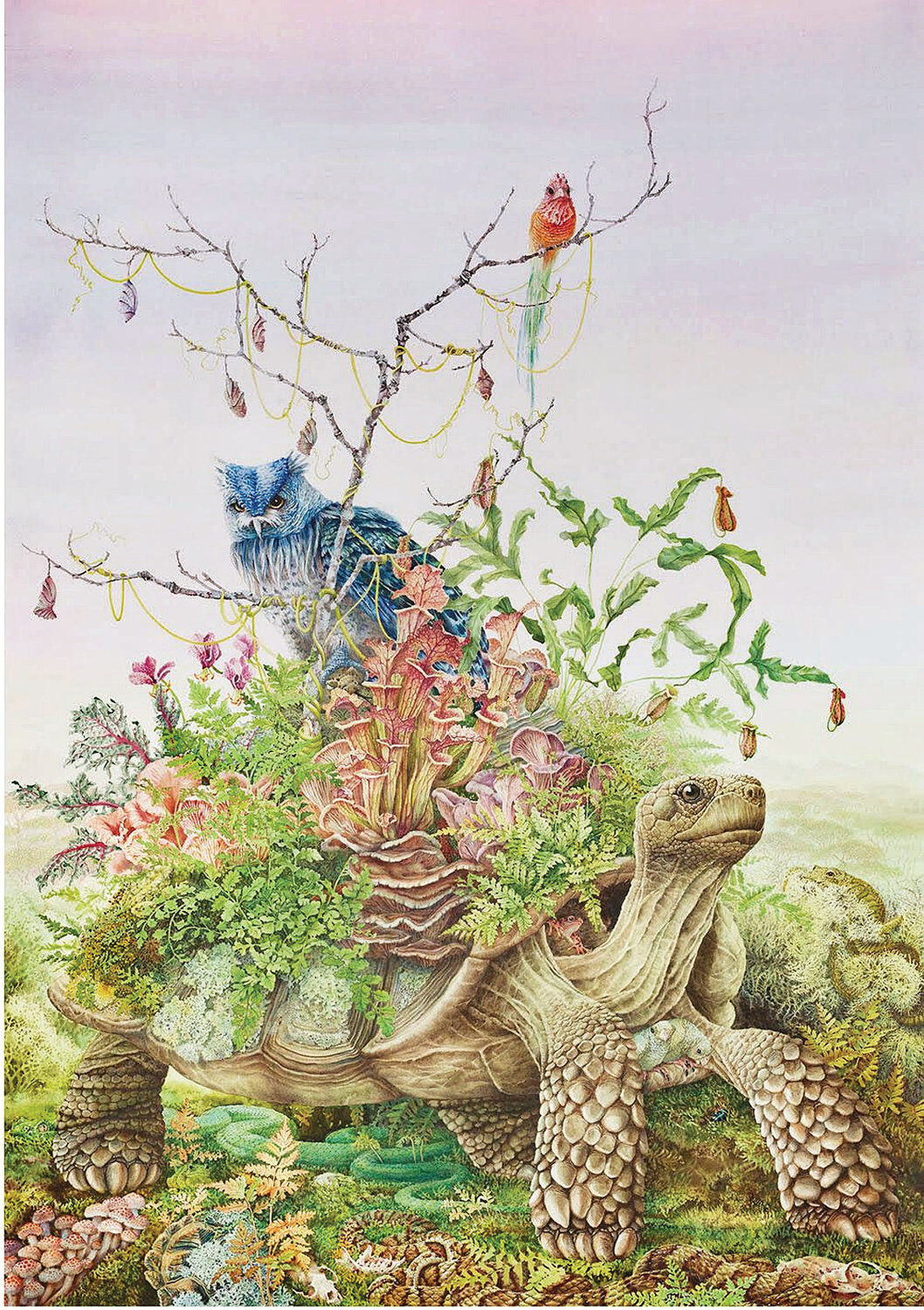 Stephanie Anderson's "Marathon" watercolor is currently on display with work by some 30 artists. 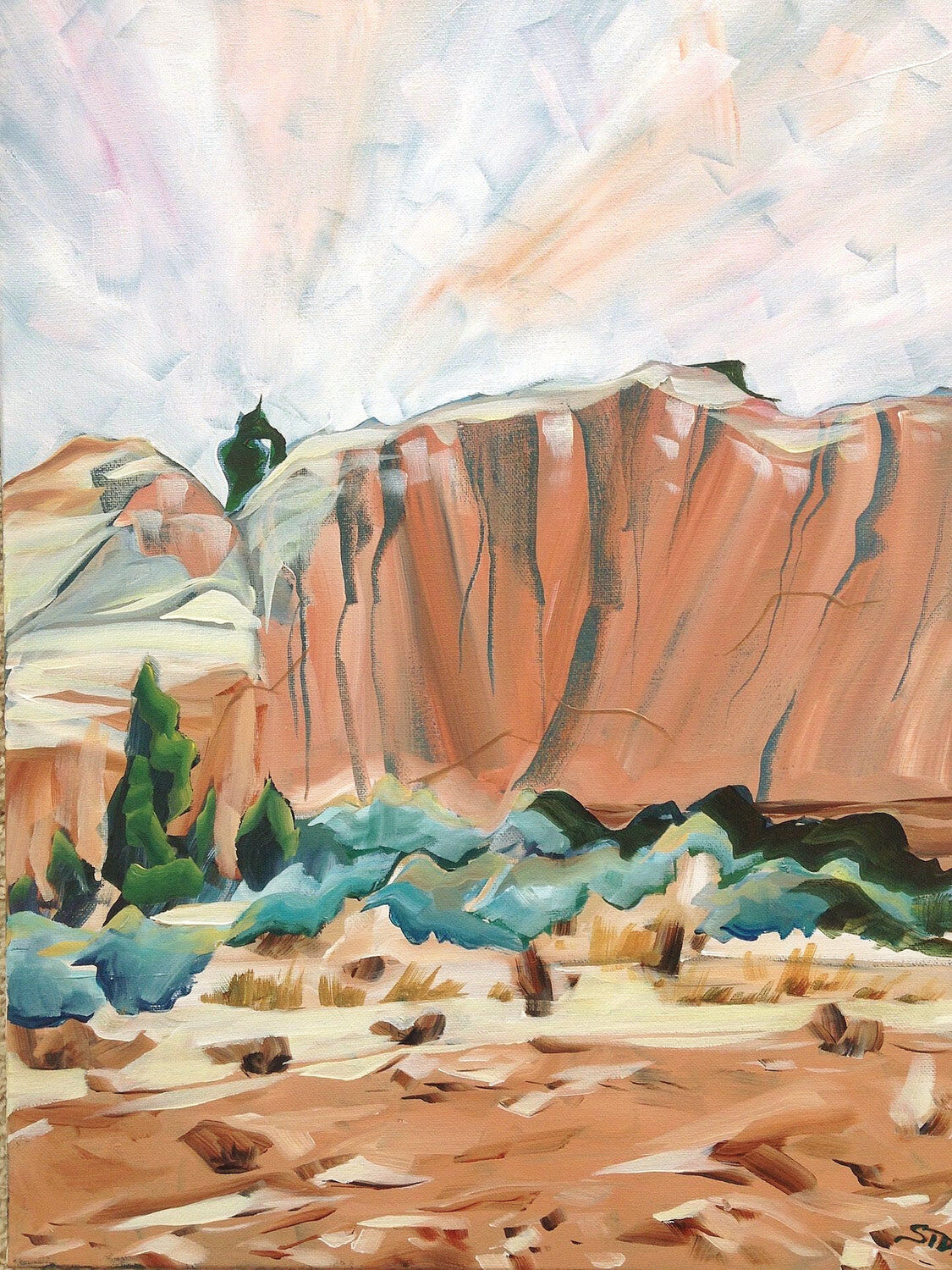 Sarah Tepler Drobnitch's "In Lavender Canyon" is on display at the Center House.

Stephanie Anderson's "Marathon" watercolor is currently on display with work by some 30 artists.

Sarah Tepler Drobnitch's "In Lavender Canyon" is on display at the Center House.

STOCKBRIDGE — Colin Hunt has shown his charcoal drawings in galleries from the Contemporary Arts Museum Houston to the Teckningsmuseet in Sweden, The Brooklyn Museum and the National Academy of Design in New York. And, this fall, they are hanging in an old New England space — in rooms of wood and stone in the newly renovated Center House at the Berkshire Botanical Garden.

His reflections appear among 30 artists in "Ecophilia," the garden's newly opened fall show — works in oils, acrylic and pencil, gouache and photography, ceramic and stone.

"We need beautiful, peaceful things made lovingly," said guest co-curator Sue Muskat Knoll, as she and her husband, Philip Knoll, hung the show at the garden.

She feels the need especially now, she said, when so many in this country are afraid, and she has seen artists pressing on with a new spirit of protest. And she finds this theme timely, as people understand more and more clearly how many ways the land may be vulnerable.

"Nature balances us," she said. "It's an integral part of being human. It's imperative that we are connected to nature. It's imperative for our health. Now more than ever — we had the largest hurricane to hit Florida in (the state's) 160 years of keeping records. This is not a hoax. It's no joke."

She and Philip have made the natural world the theme of this show and named it for a love of land, a love of home.

All of these artists have come to the Berkshires, and most have shown here before, she said, though many live in city environments day-to-day. The Knolls also live and work in the Berkshires, as artists and co-directors of the Geoffrey Young Gallery in Great Barrington, where at least four of the "Ecophilia" artists will also appear in their November show, "Be Still Life."

They have often shown artists from New York, Sue said, and independently they also curate shows in the city; they have just opened a group show at the Platform Project Space in Brooklyn.

Here they have some emerging artists and some who show extensively, and some who have won international recognition. The botanical garden asked them to pattern the show on work that holds the land at its center, without people.

"I know so many great artists who work on the theme of nature," Sue Knoll said. "I wish I could fit in three times as many in this space."

Some of the artists they have gathered are local and regional, like Stephanie Anderson, who shades a shining surface of peonies and imaginary birds in graphite pencil. In color in another frame, a tortoise carries pitcher plants and shelf mushrooms, its own rich ecosystem of lichens and ferns and a sky-blue owl.

Mailer has had a firm place in the Berkshire art world since long before she founded the Storefront Artists Project in Pittsfield, and she now lives in New York State.

Nearby, flowers bloom in sunset light. Mike Glier, professor of art at Williams College, enlarges a luminous hydrangea, and Margot Glass' dandelions hover in gold in the dark.

Andy Mister, an artist in Beacon, N.Y., washes his canvas with color and sets petals in deep shade. Philip said he feels a tension, a slight edge in the dappled light, as he looks steadily into it, pausing in his work.

Some of these artists not only live on the land but work on it. Stone sculptor Jon Piasecki is a landscape architect who builds what he designs, he says in the description of his company, the Golden Bough, in West Stockbridge, focusing on native planting and connections between people and the land.

Not all of these artists have stood on the earth or grubbed in the mud as often as a man who has spent days in the fields building a stone wall. Piasecki works with local stone in his art, Knoll said. His Berkshire marble and schist share this quiet room with contained and sunlit still lifes and ceramic sculpted bananas, photographs of abandoned houses in the western desert and landscapes that have been flooded, cleared for building sites or painted with an abstract geometry, turning mountains as slick as monorails.

But artists here feel for the detail and texture of the land even in a sprawling city. Lucas Reiner in L.A. paints the portraits of urban trees.

Tara Tucker grew up in San Fransisco, Knoll said, and her mother was a curator at the natural history museum. As a girl, Tara would come with her mother to work, and while her mother worked she would draw. She lives in Berkeley, Calif., now, and still draws in pencil on paper, detailed twinings of plants and animals, a rabbit bearing a wild orchid with a bee climbing the stem.

Marques lives in New Haven, Conn., and visited Cuba for the first time recently, but she grew up listening to family stories.

"She lives with Cuba in her mind," Knoll said — and she enjoys New England with energy. Last year, Marques won her age group in the Gould Farm 5K in Monterey, lining up at the start with a friendly group of farm goats.