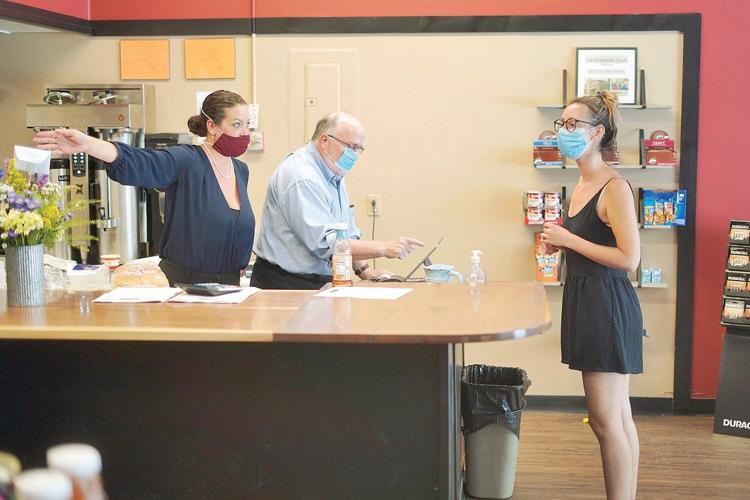 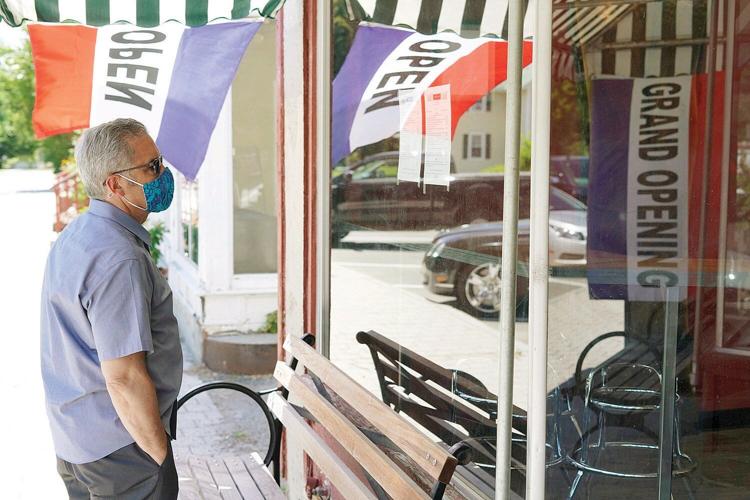 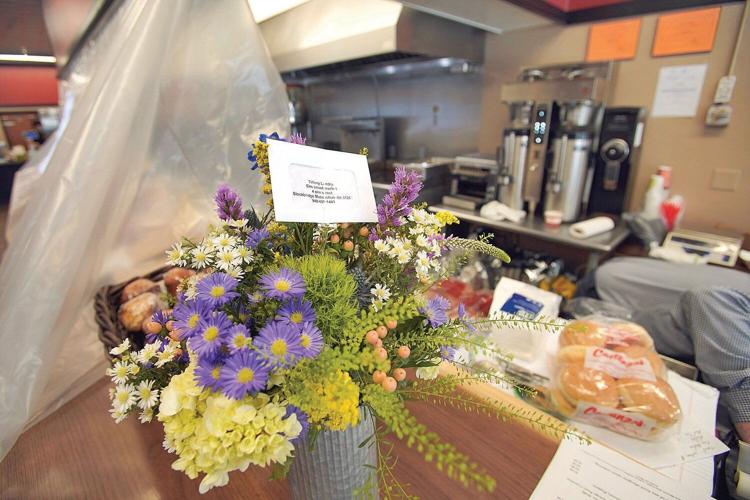 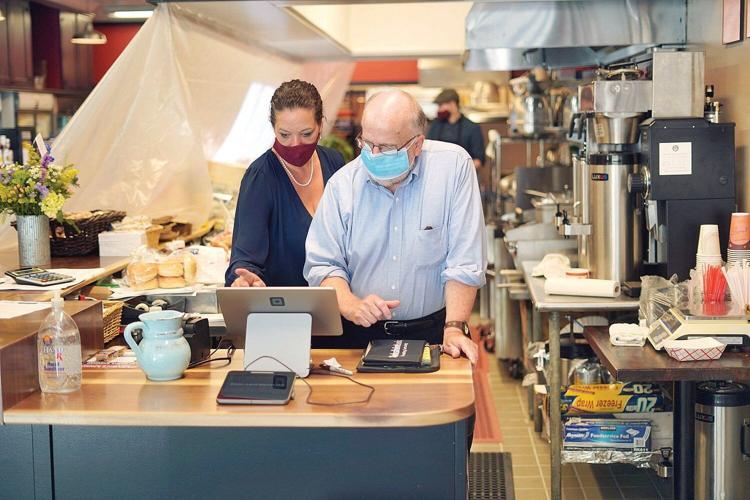 STOCKBRIDGE — They lined up before 6 a.m., a half-dozen longtime townies eager to revive their traditional weekly coffee gathering at the town's reborn, refurbished and reimagined grocery and cafe.

After nearly five months of delays, mostly pandemic-related, the new owners of the Elm Street Market celebrated their grand opening along with customers on June 22, keen on reviving the 100-year-old building as a family-friendly community hub geared toward year-round locals but also welcoming part-time residents and visitors. Co-owners Chris Greendale and Tiffany Landry purchased the landmark building and business from former owner Rajeev Verma for $550,000 last January and spent no more than $20,000 on top-to-bottom renovations.

Landry pointed out that they spent far less than expected by doing much of the work themselves.

"That's what I wanted, to be hands-on," said Landry, a Louisiana native and one-time roofer with 30 years of experience in the restaurant industry since she started in her teens as a dishwasher. She settled in the Berkshires 10 years ago, has tended bar at the Red Lion Inn and now co-owns the business as CEO of Greenland Market LLC.

"This is for the local community, that's who I'm catering to," Landry said. "There are a lot of people on foot who don't drive, and many who don't want to go to the bigger stores right now. We are evolving, our menu will change. I want to empower my staff to be creative, and they're amazing."

The first obstacle encountered by the partners as the coronavirus hit full-force was obtaining a shipment of the new stove, fryer, griddle and convection oven from a northern Connecticut supplier that had just been shut down. The market's general manager, Nathan Wagner, drove to the warehouse north of Hartford, making two trips to fetch the equipment brought to the loading dock.

"He was our lifesaver," Landry said. "We've had to adjust to everything going on."

Other problems came and went: Vendors were restricting shipments to previous customers, town inspections were delayed, a missing electrical part had to be tracked down, and there were constantly shifting state regulations. The upshot: No opening in time for Mothers Day on May 10, as originally planned.

Sit-down dining at Tiffany's Cafe inside the market is limited to 19, including the breakfast and lunch counter and eight window seats.

The market is open from 6 a.m. to 8 p.m. seven days, year-round, with breakfast from 6 a.m. to 2 p.m. and lunch from noon to closing, as well as "daily dinner creations" from 6 to 8 p.m. Homestyle cooking is the priority, Landry said, with staples such as lasagna, meat loaf, mashed potatoes and gravy, and vegetables among the typical suppertime offerings.

Prices are reasonable, as Landry hopes to attract families by offering a good value. "We're really happy to be here and to be open," she said. "Everyone has been wonderful, we've had so much support. We want people to feel comfortable here and welcome."

Hot lunchtime sellers include New Zealand meat pies — ground beef, carrots, celery, onion, garlic and cheddar cheese in a broth topped with a flaky crust. Rotating soups include chicken and seafood gumbo, French and creamy onion, chicken and rice, chicken and noodle, ham and potatoes, and chili. sausage, gravy and biscuits, shrimp and grits and other dishes are inspired by Landry's Louisiana heritage.

The shelves are filling up with a broad selection of fresh fruits and produce, and other items.

Landry is encouraging customers to keep expanding the market's offerings — "If they don't see something, say something," as she put it. One patron requested that High Lawn Farms chocolate milk be added to the dairy product line. Done.

The business has eight employees already hired, and is ramping up to nearly a dozen year-round.

The Select Board recently voted 3-0 to grant an all-alcohol license, subject to routine approval by the Alcoholic Beverages Control Commission in Boston. The vote followed a lively discussion over objections raised by two nearby business owners, Joe Nejaime, proprietor of Nejaime's Wine Cellar and members of the Abdalla family, owners of Michael's of Stockbridge.

Nejaime, owner since 1997 of the family business established in 1970, said he had believed that the partners would apply for a beer and wine license.

But, according to Nejaime, an all-alcohol license not only would be unsuitable for the market's mission but would ensure that when the store changes hands in the future, the business would become a package store.

But Landry pushed back, stating that "liquor licenses do not automatically transfer into a package store, those are assumptions."

Select Board Chairman Chuck Cardillo stated that he saw no reason to deny the new market's application and moved to approve the license for the real estate owner, Greendale Enterprises LLC, a second corporation formed by Greendale and Landry. The morning after the vote, Nejaime wished the new owners success. The goodwill gesture and apology were accepted and appreciated, Landry said.

"It was nice; we're all neighbors here and part of this community," she said. "I would like to support that and build on it."