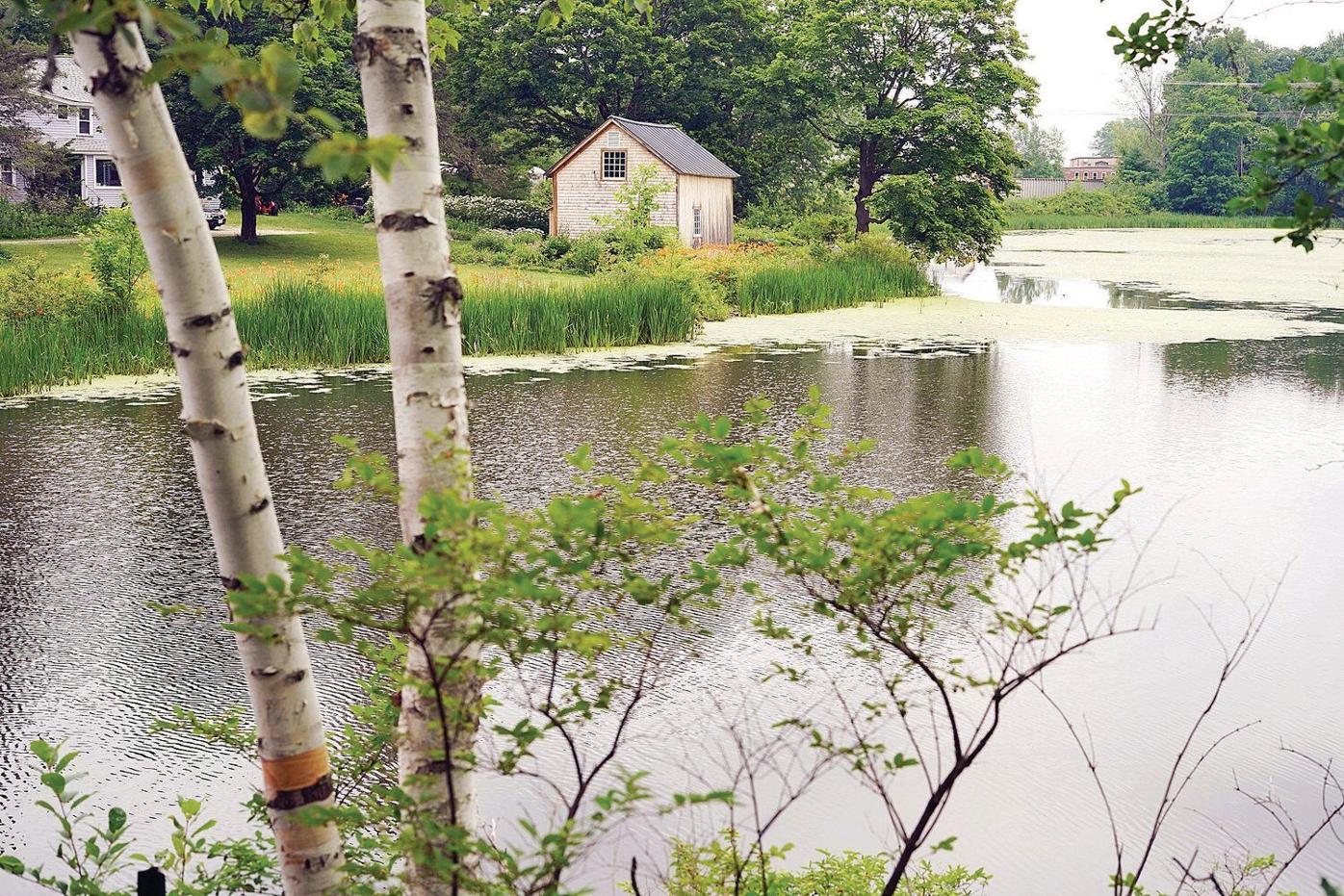 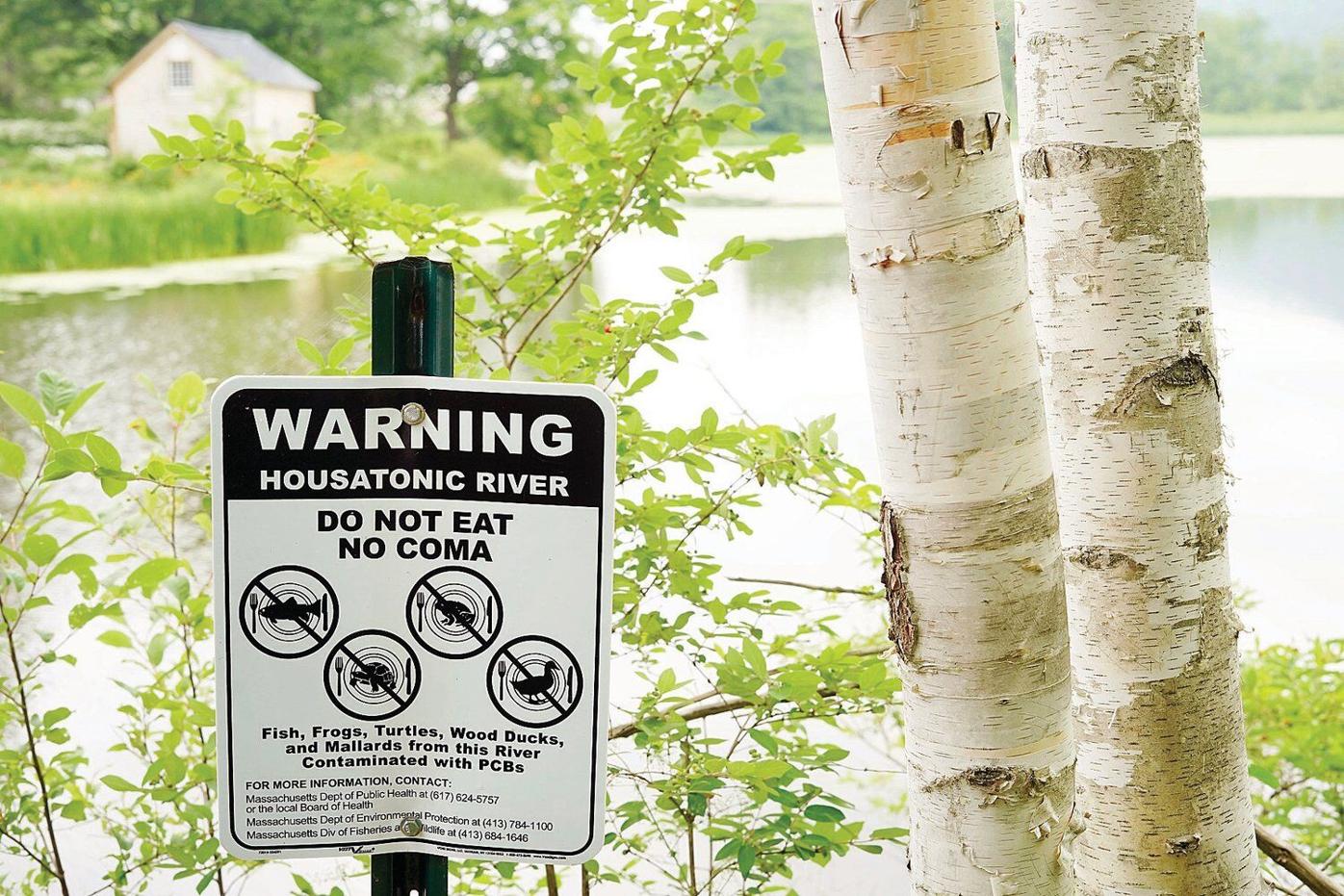 A sign warns of PCB contamination of wildlife at Woods Pond in Lenox Dale.

A sign warns of PCB contamination of wildlife at Woods Pond in Lenox Dale.

PITTSFIELD — The title of a 135-page document released Thursday by the Environmental Protection Agency captures its twisting path: "Draft 2020 Modification to the 2016 Reissued RCRA Permit."

That's only the first half of the title. But, the document could be the EPA's last word on a long-awaited effort to compel the General Electric Co. to remove toxic sediments it spewed for decades into the Housatonic River.

As its title says, the document tweaks a nearly 4-year-old cleanup plan that had itself been changed — two decades after a landmark court decision set the stage for a massive environmental fix.

EPA officials spent the past five months revising the agency's 2016 cleanup order to encompass terms of a February agreement, reached through mediation, that reframed expectations for GE.

That pact ended the company's opposition to a key feature of the earlier cleanup plan: a requirement that all contaminated soils and sediments dredged from the river and its flood plain be sent to a licensed disposal facility outside Massachusetts. That would have been about 1  million cubic yards, equal to more than 71,000 full-size  dump truck loads.

While the new permit calls for out-of-state disposal of materials with the heaviest concentrations of polychlorinated biphenyls (PCB), it allows nine-tenths of the dredged material — about 1 million cubic yards — to be packed into a new landfill in Lee.

A local grassroots movement, No PCB Dumps, opposes that landfill. But, other possible opponents are now in line, including the company and officials in five towns through which the river flows south of Pittsfield — Great Barrington, Lee, Lenox, Sheffield and Stockbridge. All those towns endorsed the Feb. 10 settlement agreement, which calls for Lee and Lenox to receive $25 million each from GE.

Massachusetts Audubon and the Berkshire Environmental Action Team backed the agreement. But, the Housatonic River Initiative did not, and it is active in the movement to oppose the Lee landfill.

Tim Gray, the group's executive director, said he is not convinced that the EPA's design for the Lee landfill is foolproof.

"It's way too close to our water supply and directly uphill from the river," he said. "We just don't think you put a dump in any community. Liners have failed. The whole thing is just a bad idea."

EPA officials acknowledge that while residents of the Berkshires might be concerned about local PCB disposal, they believe it can be done safely. A "Statement of Basis" report, which is far less technical and designed to promote public understanding, details the agency's thinking.

On the issue of water quality safety, they note that the planned landfill is more than a mile from Lee's public water supplies. And as they explained at public meetings this winter and spring, the landfill site is physically lower than the source of Lee's water supply, a fact that provides further safeguards.

Starting July 14, the EPA will open a 45-day comment period on the permit released Thursday. It plans to convene an online public session Aug. 26.

Dennis Deziel, the EPA's regional administrator, said the cleanup will be more extensive, move faster and be less disruptive in neighborhoods, in part due to a plan to move dredged material through temporary pipelines, avoiding truck trips.

In an interview with The Eagle, Deziel said the EPA is aware of local opposition to the Lee landfill site and said the agency is confident that it can protect the local environment.

The Lee facility, he said, will be overbuilt, exceeding specifications for the type of material it will contain. Sediments allowed into the Lee landfill will average PCB concentrations of 20 to 25 parts per million. A toxic threshold under one federal law is 50 ppm. The substance is considered a probable carcinogen.

Sediments with PCB concentrations of 50 ppm or greater, regulated by the Toxic Substances Control Act, all will be sent for disposal out of state, Deziel said.

"We insisted on this provision during the negotiated settlement," he said. "This week, EPA is making good on our commitment, announced back in February, to revise the 2016 cleanup permit and release it for public review and comment. EPA's long-term commitment to address PCB contamination in the Housatonic River is as strong as ever."

He said the agency's "highest goal" is to protect human health and restore the environment.

Actual removal of PCBs is expected to start in 2023 and last for 13 years. The cost of the project is pegged at about half a billion dollars, Deziel said. Work to prepare for the cleanup could bring construction equipment into place in 2022, officials say.

"EPA looks forward to the time when the Housatonic River and its flood plain are restored so people can enjoy the scenic and recreational aspects," Deziel said.

Bryan Olson, a senior EPA official who has worked on the Housatonic project for nearly three decades, said he has heard from many residents of the Berkshires who question the cleanup and the plan for the Lee landfill.

Olson said Wednesday that the cleanup now envisioned serves the public by removing a present hazard — PCBs that remain in the flood plain.

"This is creating an unacceptable risk and should be dealt with," Olson said of toxins that remain loose in the environment. "We do need to clean up the river for those who live adjacent to it."

Aside from the Lee landfill, the modified permit released Thursday sticks with requirements the EPA outlined in 2016, before a federal court asked it to reconsider its order on out-of-state disposal.

"We insisted on no backtracking on anything in the 2016 permit," Olson said. "We wanted to be very clear."

The EPA says its new plan improves on the earlier permit by including these elements:

• Work gets started sooner, with immediate steps to further study the presence of PCBs in the river and flood plain. "We've discussed with GE how to do this whole thing faster," Olson said.

• Increased removal of tainted sediments. About 100 acres that were to be capped, leaving some toxins in place, now will be fully cleaned, the agency says.

“That’s going to take more PCBs out of the river system,” Olson said.

The agency plans additional cleanup in popular areas like Mass Audubon's Canoe Meadows property in Pittsfield. It also plans to expand work in the flood plain area to eliminate the need for some properties to have use restrictions in place due to remaining PCBs.

• New steps to make the long cleanup less invasive for neighbors through a "Quality of Life Compliance Plan." That plan will spell out aspects that need to be watched during the long cleanup, including noise, air quality, odors and use of local roads.

• Removal of the Columbia Mill and Eagle Mill dams, based on arguments presented by environmental groups, Olson said. “We do think that’s a big improvement,” he said.

• Extend the agency's approach to removing PCBs from vernal pools, which has been a priority for the Berkshire Environmental Action Team. The EPA says the new permit will require testing of methods to restore vernal pools "as well as use of innovative non-invasive methods of cleanup."

• A pledge to study new technologies to remove the presence of PCBs. Olson said that while some methods have been shown to be effective at a small scale, such as thermal desorption, they aren't yet viewed as workable on a larger cleanup.

"There's nothing like that out there right now," Olson said.

•  Reduced truck traffic along local roads through use of a hydraulic pumping system, particularly in the area of Woods Pond and upstream from that point, where fully one-fourth of PCBs are believed to lie. That plan still needs to be shown to be feasible, Deziel said.

The pollution is the result of mishandling of PCBs by GE, which used the substance, banned in 1979, in the manufacturing of electrical transformers.