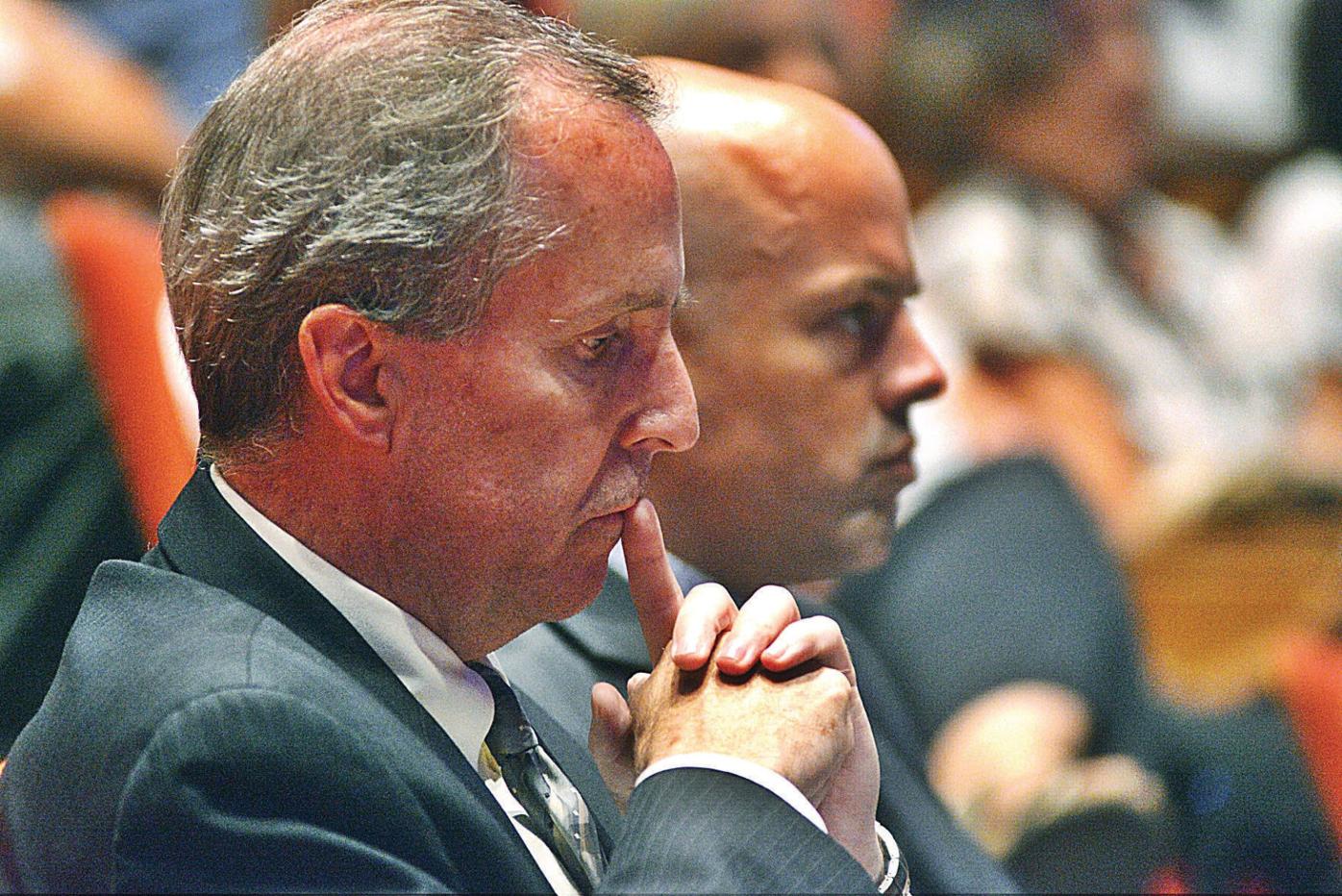 Representatives William `Smitty' Pignatelli and Adam Hinds listen to testimony during a hearing on the Eversource Energy rate hike at Berkshire Community College in Pittsfield on Tuesday. 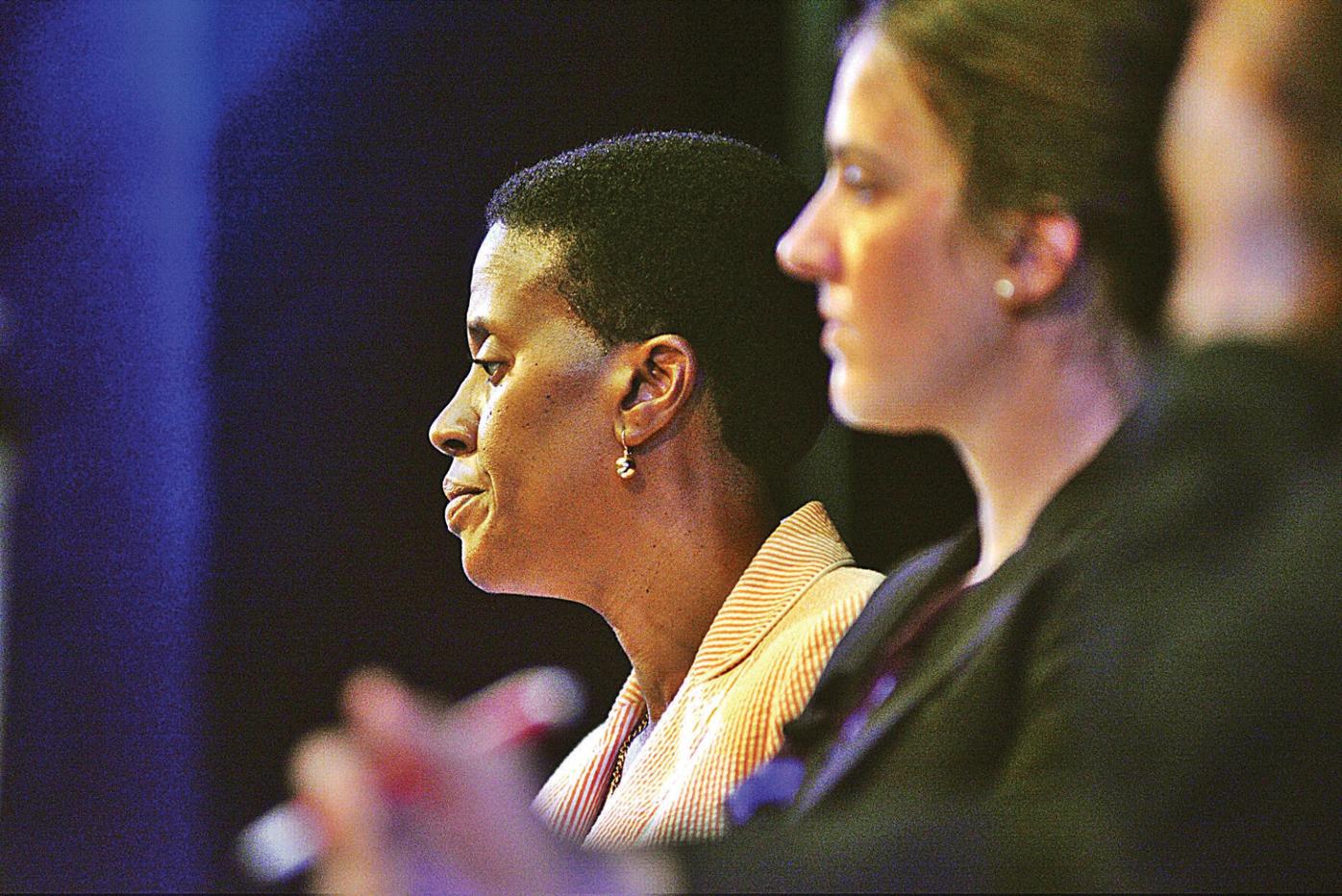 Department of Public Utilities Commissioner Cecile Fraser listens to testimony during a hearing on the Eversource Energy rate hike at Berkshire Community College in Pittsfield on Tuesday. 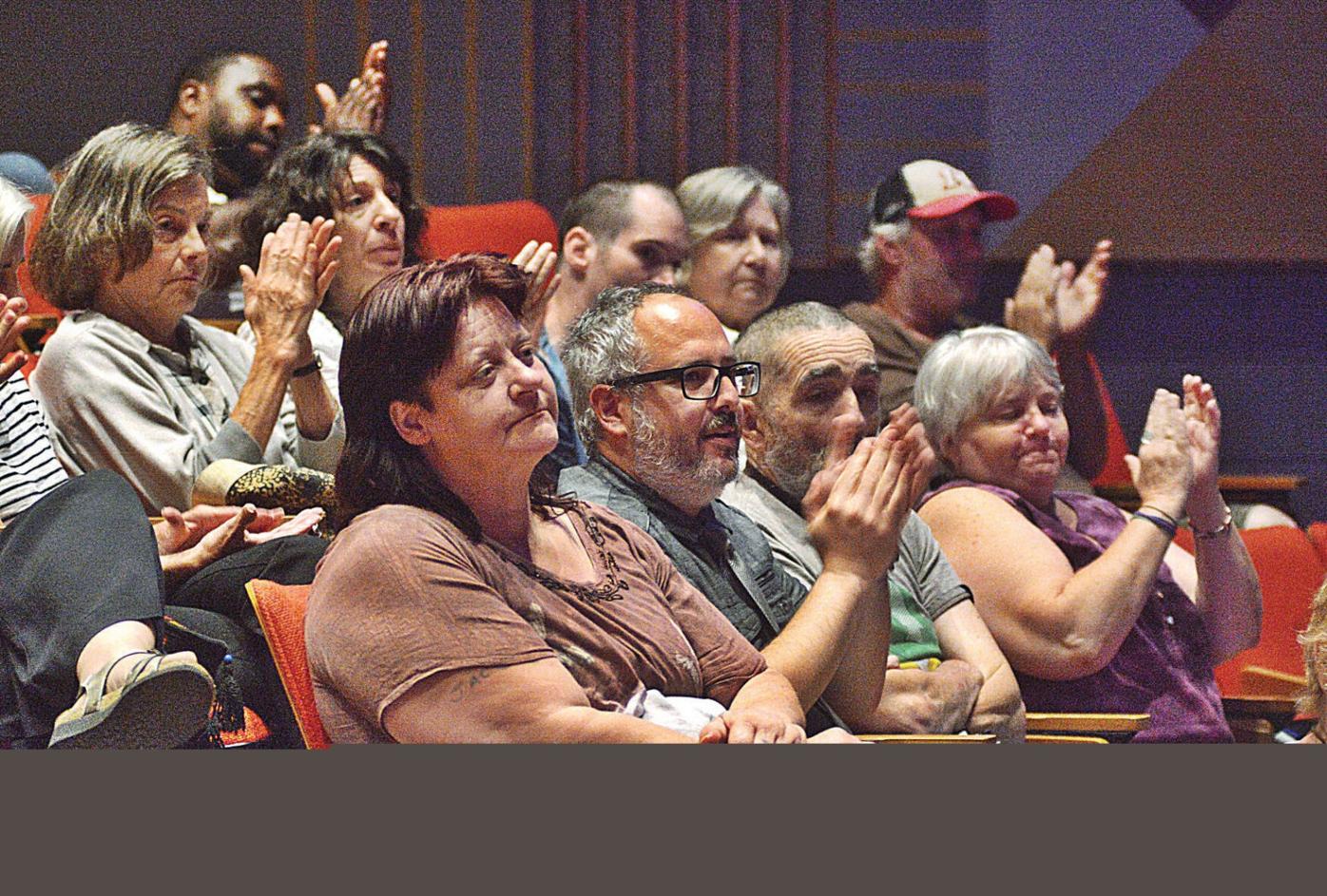 Audience members applaud residents and others to spoke against the rate hike during a hearing on the Eversource Energy rate hike at Berkshire Community College in Pittsfield on Tuesday.

Representatives William `Smitty' Pignatelli and Adam Hinds listen to testimony during a hearing on the Eversource Energy rate hike at Berkshire Community College in Pittsfield on Tuesday.

Department of Public Utilities Commissioner Cecile Fraser listens to testimony during a hearing on the Eversource Energy rate hike at Berkshire Community College in Pittsfield on Tuesday.

Audience members applaud residents and others to spoke against the rate hike during a hearing on the Eversource Energy rate hike at Berkshire Community College in Pittsfield on Tuesday.

As they did at an April hearing, elected officials and everyday citizens gathered at a public hearing before the state Department of Public Utilities to blast a rate increase request from Eversource Energy.

The company is asking the DPU to grant it a nearly $96 million rate increase in two phases starting Jan. 1, as well as new mechanisms that will add hundreds of millions of dollars in costs in the years ahead.

The DPU ordered a second public hearing in the rate case after Eversource adjusted its proposal June 1. It drew an audience of more than 80 to Berkshire Community College.

"We cannot keep going to consumers who are on fixed incomes and pull money from their pockets," said Thomas Wickham, a Select Board member from Lee.

Ed Davis, director of rates for Eversource, said the company adjusted its rate request in response to comments and was provided "significantly smaller increases" than proposed in January for Western Massachusetts.

Officials still slammed the request as unacceptable. Pittsfield Mayor Linda Tyer reeled off statistics about her city and told DPU Commissioner Celeste M. Fraser and Hearing Officer Marc Tassone residents will pay twice for what she termed the company's "obscenely greedy rate increase" — in their electricity bills and in taxes.

Tyer said the company's revised proposal would add more than $736,000 in yearly costs to power more than 100 municipal buildings and illuminate streetlights.

Mike Durand, the company's manager of media relations for Massachusetts, said in an interview outside the hearing that people should be pleased the company is doing well because it benefits them as well. By having a strong balance sheet, the company was able to invest to improve reliability of the distribution system, he said.

Farley-Bouvier noted that one Eversource executive makes nearly $25,000 a day. According to the U.S. Census, the per capita income in Berkshire County was $30,469 in 2015.

"I think that is a stark comparison," Farley-Bouvier said.

He called on the DPU to ensure that all state residents stand an equal chance of getting ahead, "regardless of where they are based."

State Rep. William "Smitty" Pignatelli, D-Lenox, said the rate increase, even as adjusted, benefits shareholders at the expense of struggling people and businesses in the Berkshires.

"I ask that you reject any increases in rates," he told the DPU representatives.

Pignatelli reminded the panel that when rates shot up in 2007, two south county paper companies went out of business, costing hundreds of jobs.

He said concerns about the rate increase is holding back hiring. And he said it threatens people on fixed incomes.

"I don't want to see people like my 93-year-old parents put in peril because they can't afford their electric bill," he said.

Christopher Mathews, an executive with Onyx, said the company stands to pay 35 percent more for electricity in 2018 than it did in 2016. That will impede its ability to compete against companies with lower energy costs.

The company, with over 300 employees, holds fixed-price contracts with the government to produce currency paper. Having to cover higher electricity costs limits its ability to invest in its employees and the region, he said.

Jonathan Butler, president and CEO of the 1,200-member business group 1Berkshire, said he remains "adamantly opposed" to an increase that would hurt large employers in particular. Even the new proposal would drive costs up 25 percent for some commercial and industrial customers, he said.

"This overall rate proposal is an unacceptable new burden," Butler said, and would set back efforts to expand the job base through existing companies.

Gerard Cote testified on behalf of the Western Massachusetts Labor Action, whose members rallied outside to oppose the rate increase.

Cote challenged the DPU to live up to a pledge to ensure access to affordable electricity. "The only acceptable rate hike is no rate hike," Cote said.

Another member of the labor group, Janet Viselli of Pittsfield, said people are struggling to pay household expenses.

The DPU will continue to take public comments in writing through August, then hold evidentiary hearings in September. A decision on the rate case is due before the end of the year.