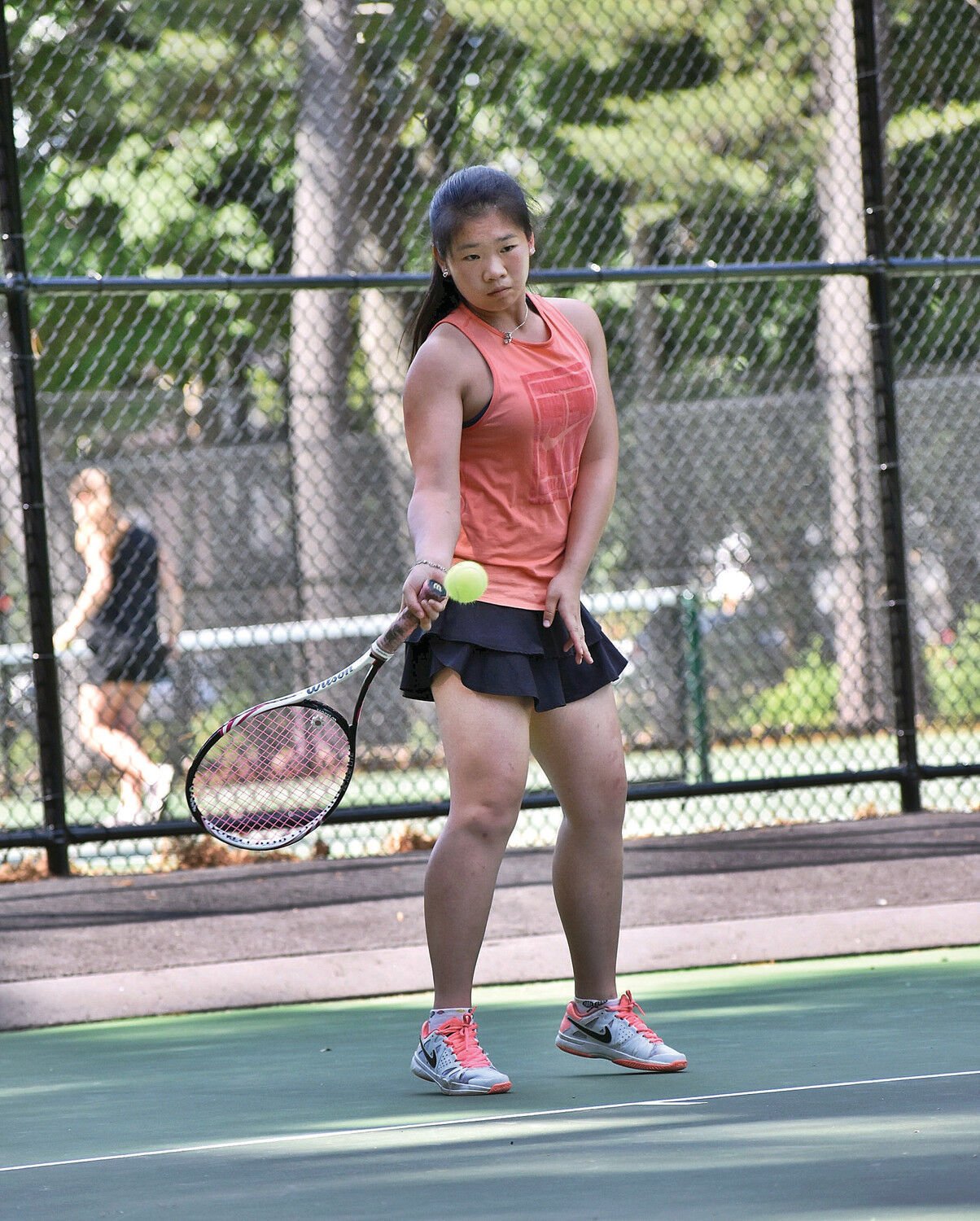 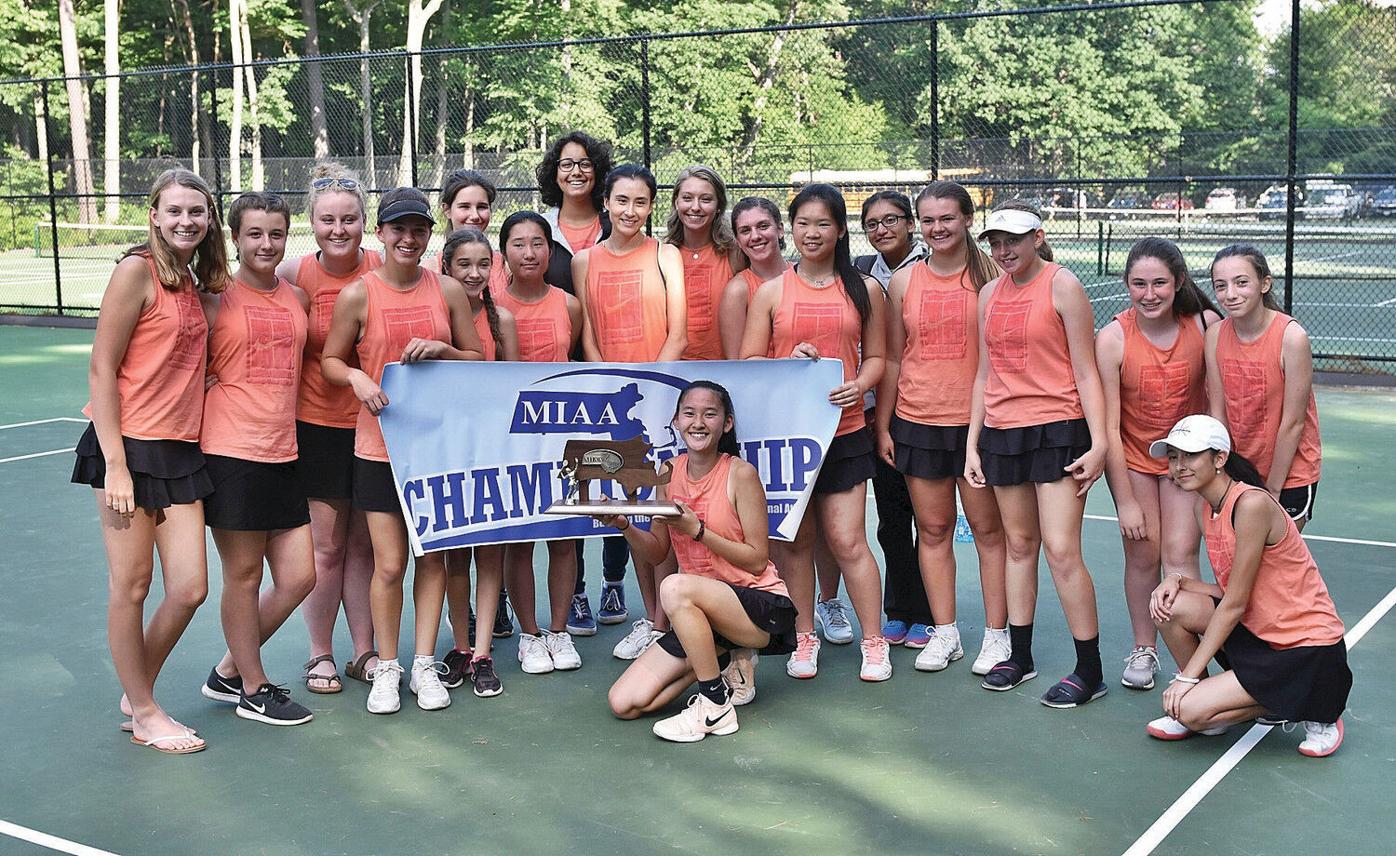 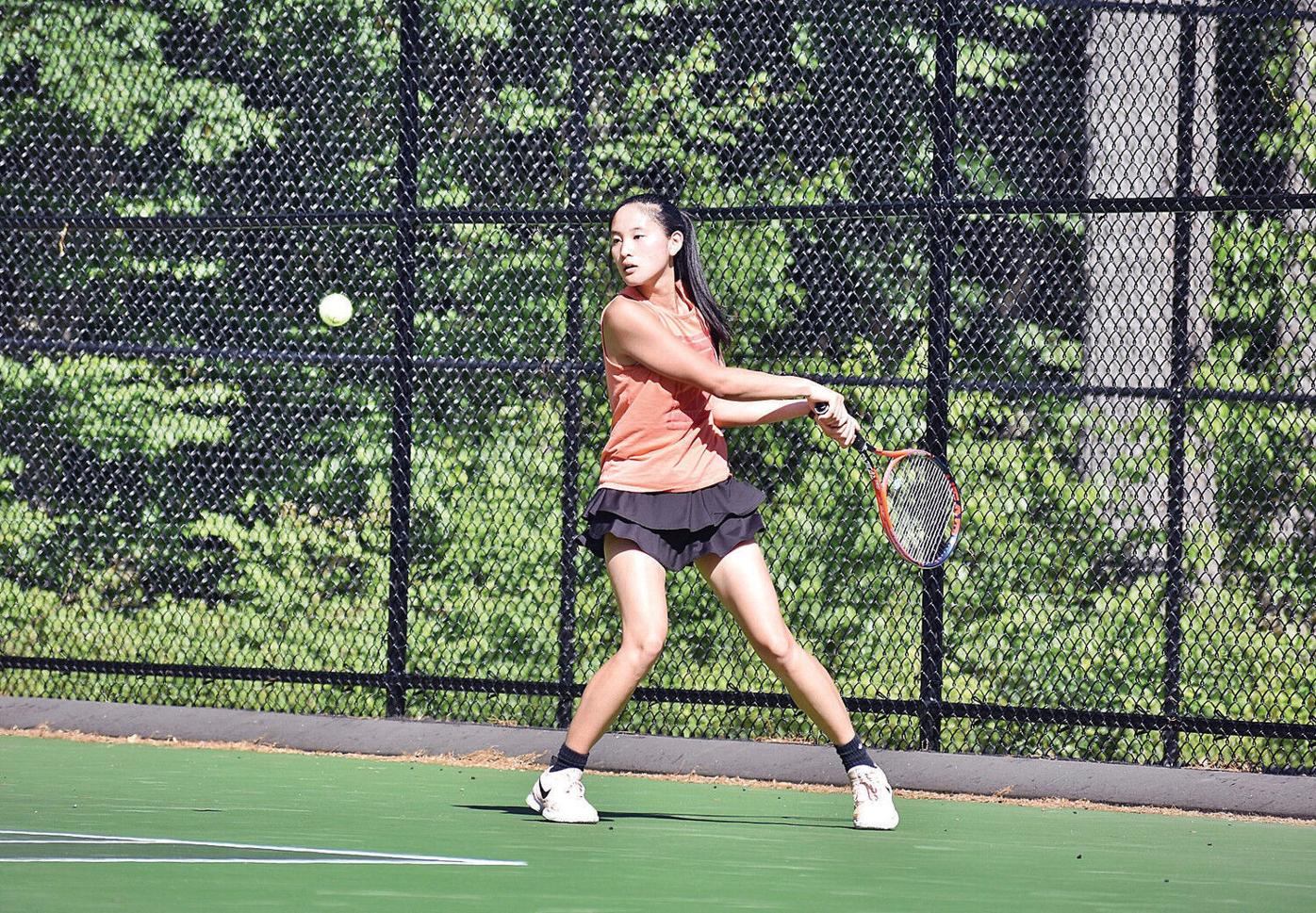 Lee third singles player Suri Lee waits to strike the ball during the Western Massachusetts Division III championship. Lee and her Wildcats took home the title with a 4-1 win over South Hadley. 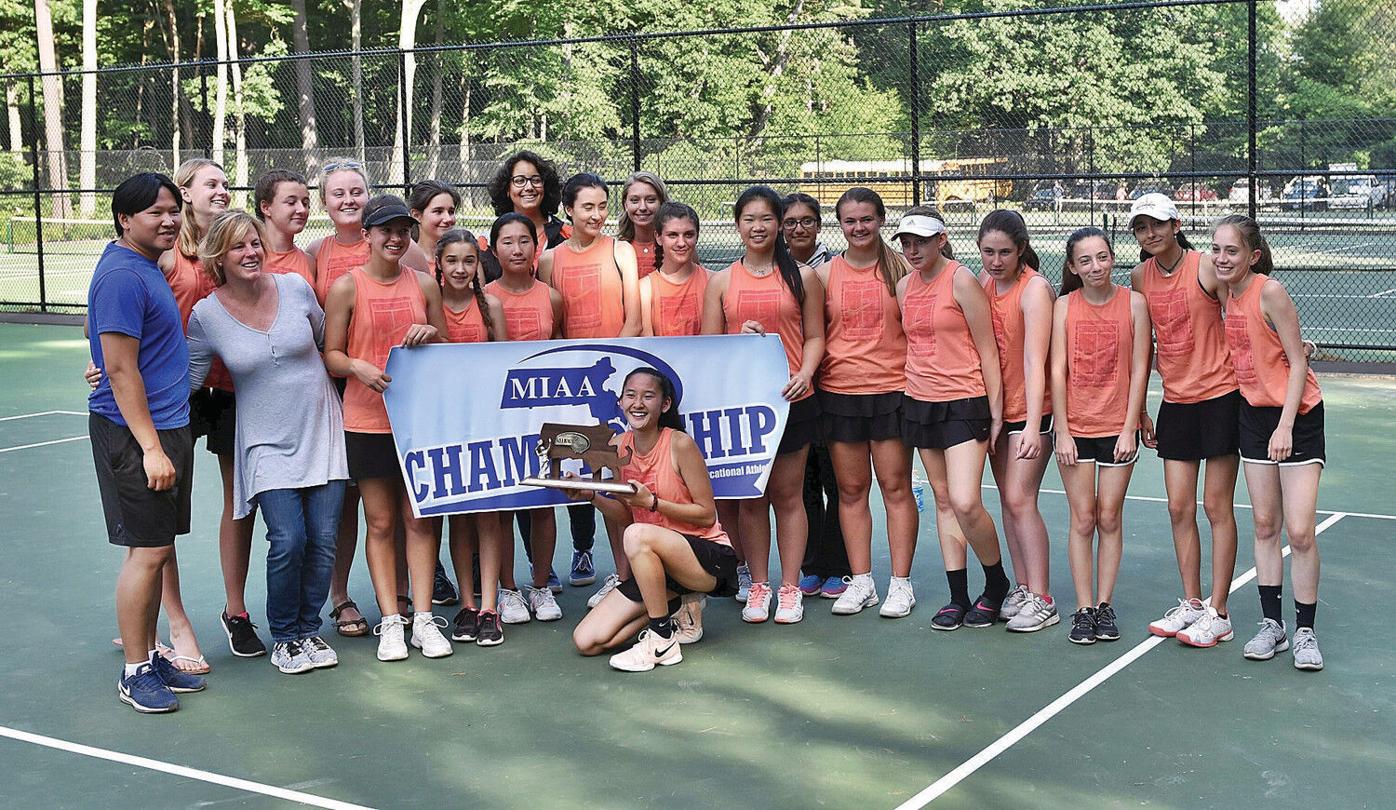 Lee third singles player Suri Lee waits to strike the ball during the Western Massachusetts Division III championship. Lee and her Wildcats took home the title with a 4-1 win over South Hadley.

SPRINGFIELD — The march all season long for the Lee girls tennis team was to get back to the Western Massachusetts Division III championship match.

When they finally got there on Monday, the No. 2 Wildcats wasted little time in making sure the winner's hardware was headed back down the Mass Pike and into the trophy cabinet at Lee High School.

Lee claimed its first Western Mass. title since 2008 with a 4-1 win over No. 1 South Hadley at Forest Park, with all five matches lasting just two sets each on a beautiful afternoon.

"We definitely knew there was a possibility [of winning], and now it feels so much realer," said Suri Lee, who was the last Lee player off the court after defeating Madden Lacaste 6-3, 6-2 at third singles. "It's just crazy. It's so exciting. I'm pretty much speechless. We've worked so hard to get here."

Words didn't matter much in the postgame hubbub. Between yelps of joy and celebratory bearhugs, the Lee players celebrated in style after falling to Monument Mountain in the same game a year ago.

"I'm getting a little teary-eyed," Lee coach Norma Comalli said. "It's been a long time coming. I was an assistant coach when Anna Wang was in 7th grade, and it's just so exciting. It's really exciting. They worked so hard to get to this point, and they really played some nice tennis — both teams."

Like Lee has done all season, much of the drama of the match was snuffed out through excellent singles play. Wang won her match at first singles over Hailey Werenski 6-2, 6-1. Ava Martin beat Kaylin Cousineau 6-1, 6-0, and Suri Lee's match capped off an exciting day for the Lee program.

Martin said she went into her match knowing it was time to take care of business.

"I felt really good, all my shots were working out the way I wanted them," she said. "I just wanted to do my part for the team."

The drama came in the doubles matches. The first match decided was second doubles, although Caroline Maloney and Cindy Ni needed a remarkable rally in the first set to give Lee the first point of the championship match.

"We were nervous in the beginning," Maloney said. "We were kind of, this is our second time playing, and it was nervous at the beginning, but then we got used to how they play and the pressure, and we kind of got back into hitting it."

Ni said the turnaround could be traced to the duo communicating with each other.

"[Communication was] very important, because otherwise it would have been a whole different way," she said. "We kept each other going, and it was very encouraging."

When Maloney and Ni stepped off with the win, it started a rush for Lee to get to 3-0. Martin stepped off next, and mid-interview with reporters, Martin watched Wang step off and hand Lee the title.

"It feels amazing," Martin said as Wang shook hands with Werenski. "We've worked so hard for this. We just want to go as far as we can, so it's nice."

With the win, Lee advances to the state D-III semifinals on Monday back at Forest Park. Comalli said the week-long break will be tough to manage, but a mixture of practices, team dinners and a potential scrimmage match against the Lee boys will occupy their time.

Geoff Smith can be reached at gsmith@berkshireeagle.com, at @GSmith_Eagle on Twitter and 413-496-6254.