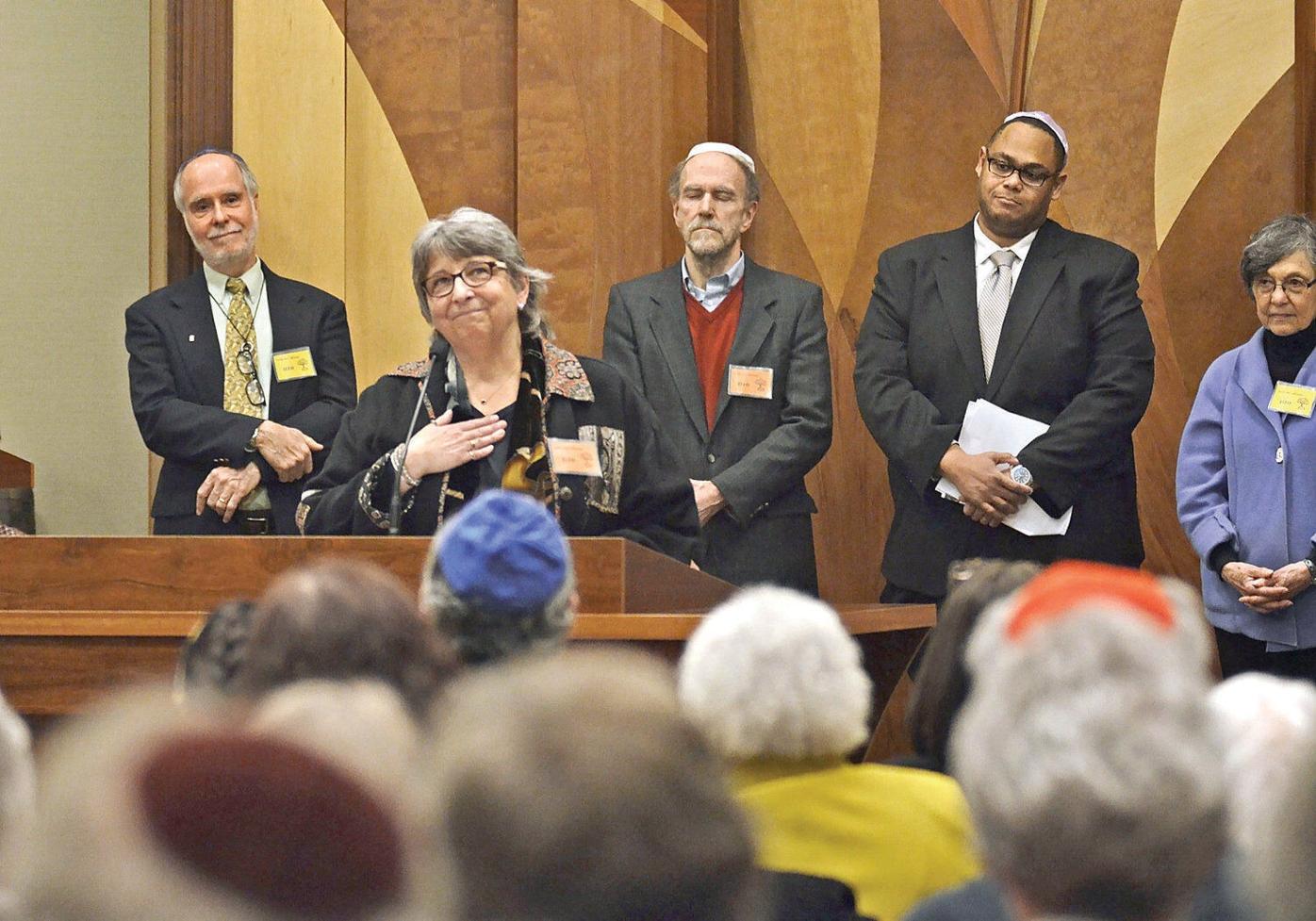 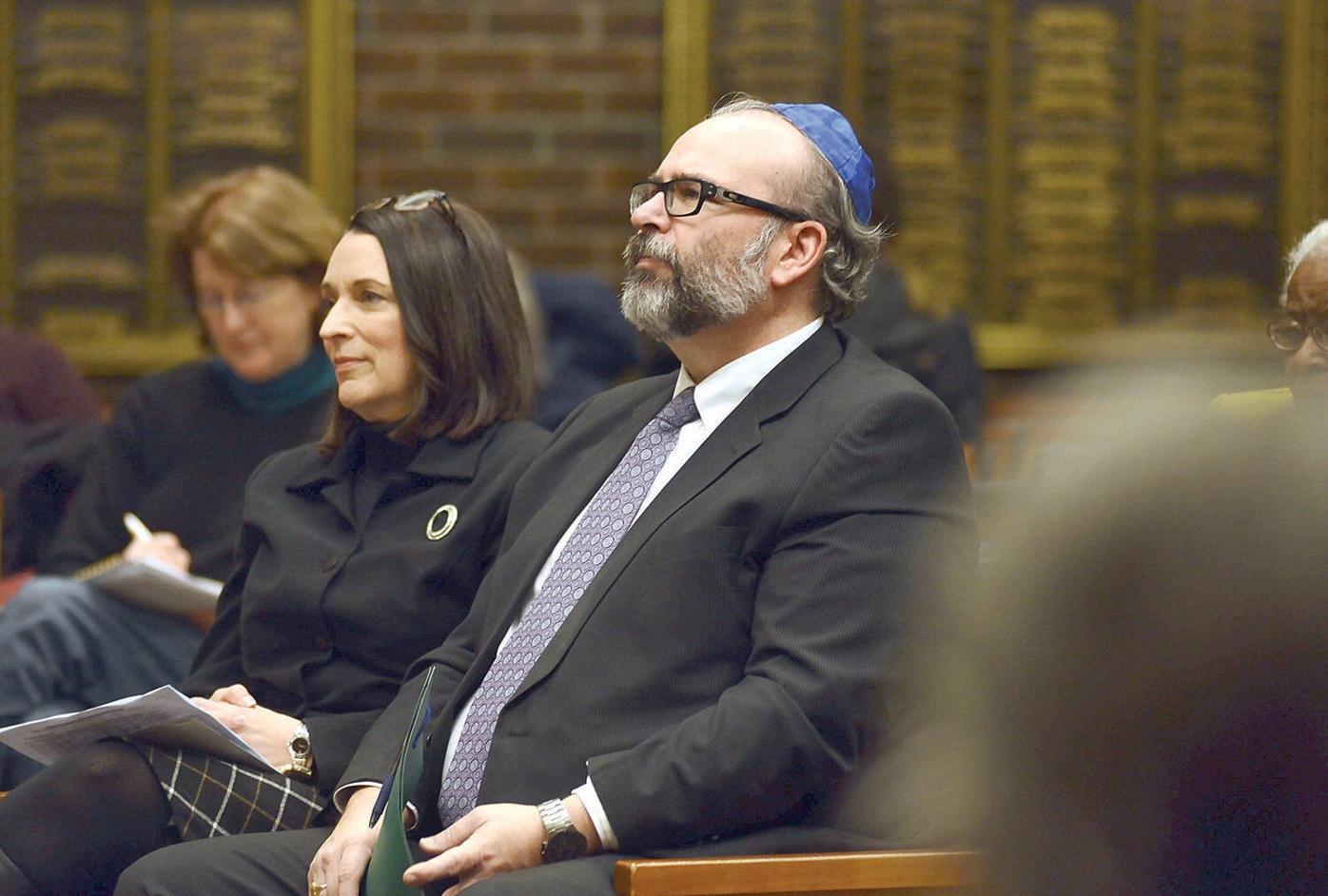 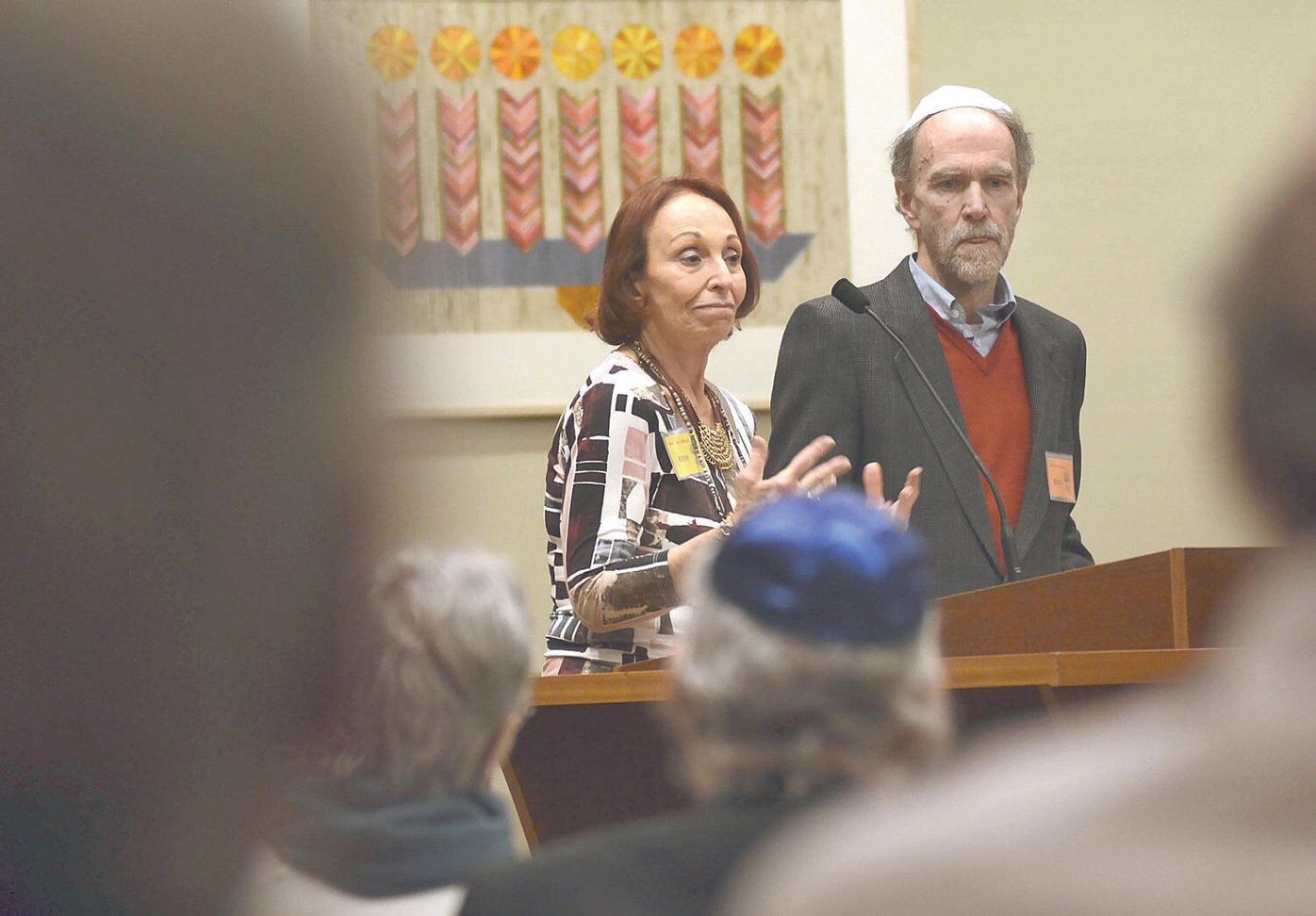 Berkshire Interfaith Organizing leaders Joanne Rogovin and Jim Kolesar speak Sunday about transportation issues many are faced with in Berkshire County, during the group's 2019 Annual Convention held at Congregation Knesset Israel in Pittsfield. 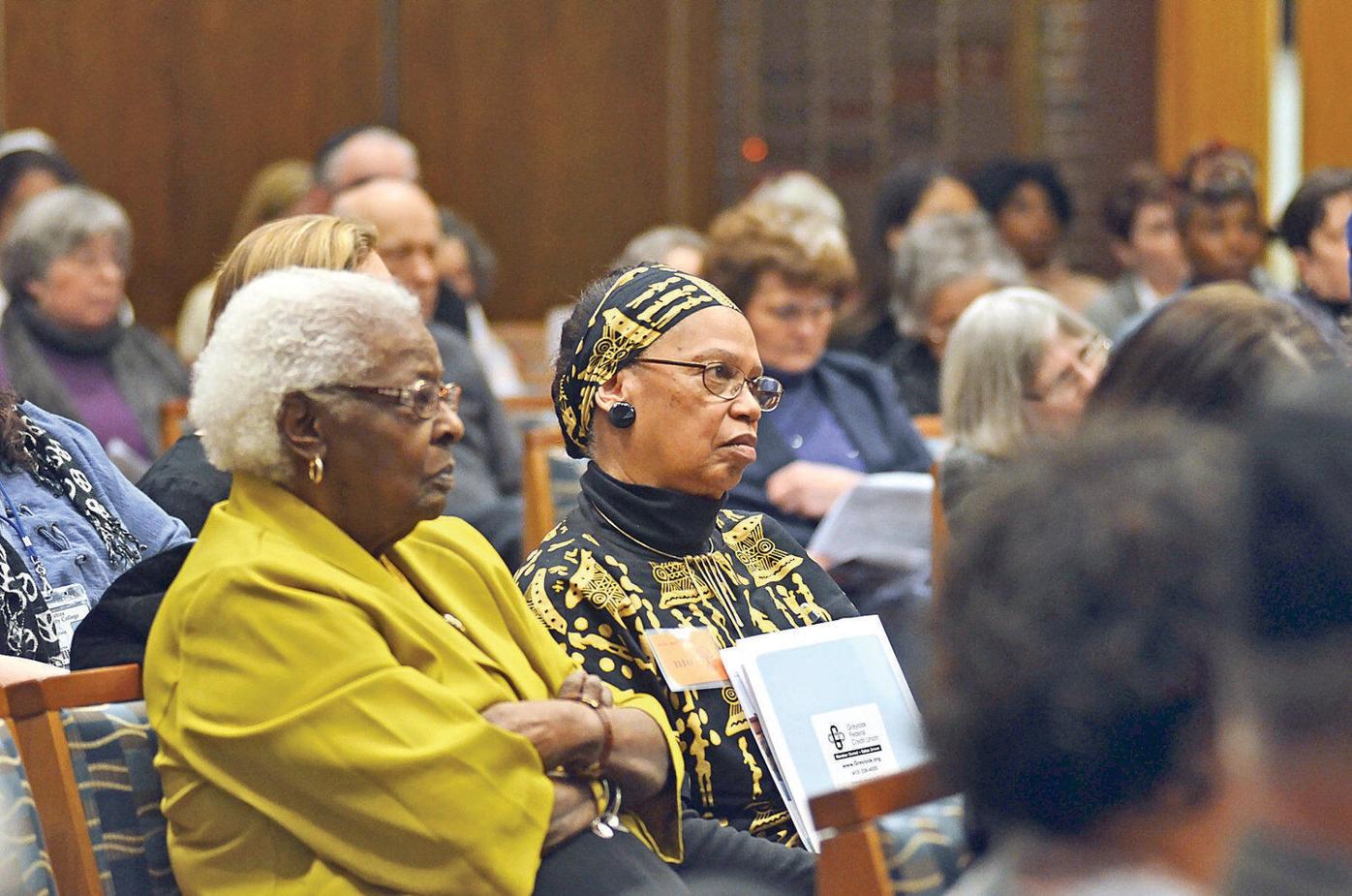 Berkshire Interfaith Organizing leaders Mabel Hamilton and Wes Gadson listen to a speaker Sunday while waiting to get up and speak to the group about racial justice during BIO's 2019 Annual Convention held at Congregation Knesset Israel in Pittsfield.

Berkshire Interfaith Organizing leaders Joanne Rogovin and Jim Kolesar speak Sunday about transportation issues many are faced with in Berkshire County, during the group's 2019 Annual Convention held at Congregation Knesset Israel in Pittsfield.

Berkshire Interfaith Organizing leaders Mabel Hamilton and Wes Gadson listen to a speaker Sunday while waiting to get up and speak to the group about racial justice during BIO's 2019 Annual Convention held at Congregation Knesset Israel in Pittsfield.

Gadson — now a Berkshire Interfaith Organizing leader speaking at the group's annual convention at Congregation Knesset Israel on Sunday — remembers white students' anger not about King's death, but about the subsequent riots and how "it was not fair to let people destroy their cities."

"Without saying a word, all of the black students stood up and walked out," Gadson said.

More than 50 years later, Gadson made her voice heard in a campaign for African-American studies in Pittsfield Public Schools.

"Tensions happen because people were not committed to the continuation of educating students about the history of cultures who play a continuing important role in the United States' history," Gadson said.

"While not one of us as individuals or any of our individual actions can undo centuries of hate, centuries of terror, and centuries of purposeful, organized efforts to keep some people down from achieving all that they can be, every single day provides us as public school educators the chance to do better, to be better, and to work together for a more just school system and a more just community," McCandless said.

McCandless made the announcement directly following Gadson's comments at the convention, which featured calls to action on three key issues: transportation, racial justice and immigrant justice.

Since its founding in 2015, Berkshire Interfaith Organizing has launched multiple campaigns related to issues of social justice, ranging from access to food and transportation for Berkshire residents to immigrant justice and sanctuary.

The organization focuses not just on taking a stance on social issues, but following through with action, much of which was summarized at Sunday's annual convention.

Front and center at the event were the efforts of Berkshire Interfaith Organizing to support immigrants, including by providing sanctuary housing at places of worship throughout the Berkshires.

Since 2017, the group has worked to the create a Berkshire Sanctuary Network — work that remains in progress — comprising local congregations who pledge to offer support to immigrants facing unjust deportation by federal authorities.

The concept drew the praise and support of Pittsfield Mayor Linda Tyer.

"What I see happening on our southern border and in this nation of immigrants is a tragedy and a failure to use our hearts to guide our choice," Tyer said.

Tyer noted that she's heard arguments that immigrants should be embraced because they could bring economic growth in Pittsfield and help stabilize the population.

"In my heart, I cannot abide by this rationale. In explaining it this way, we've reduced our struggling and dreaming brothers and sisters to what they can do for us, rather than what we can do for them," Tyer said.

"In my mind he was the model of the American businessman," Sajquiy said, adding that he feared the community would become hostile to people like him. After Trump's presidential victory in 2016, Sajquiy "knew that the community where I live did not reflect those values."

"I decided to stay and fight," said Sajquiy, who is now active in Berkshire Interfaith Organizing.

The event also called attention to the struggles many Berkshire County residents face in regards to transportation, highlighting how a car or a bus can be a connection to employment, family and health care.