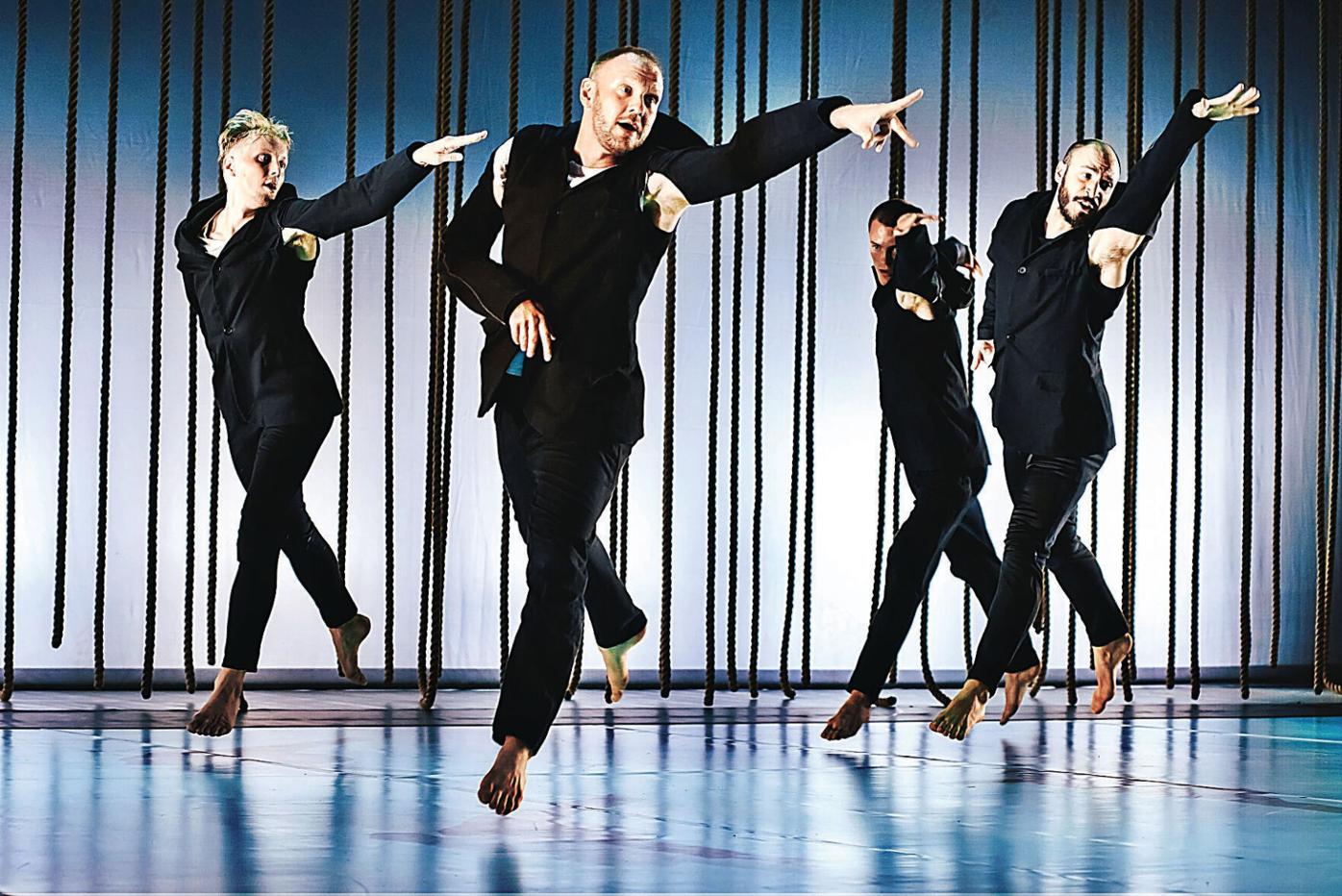 The Tero Saarinen Company will perform "Morphed" at the `62 Center for Theatre and Dance at Williams College on Oct. 13. 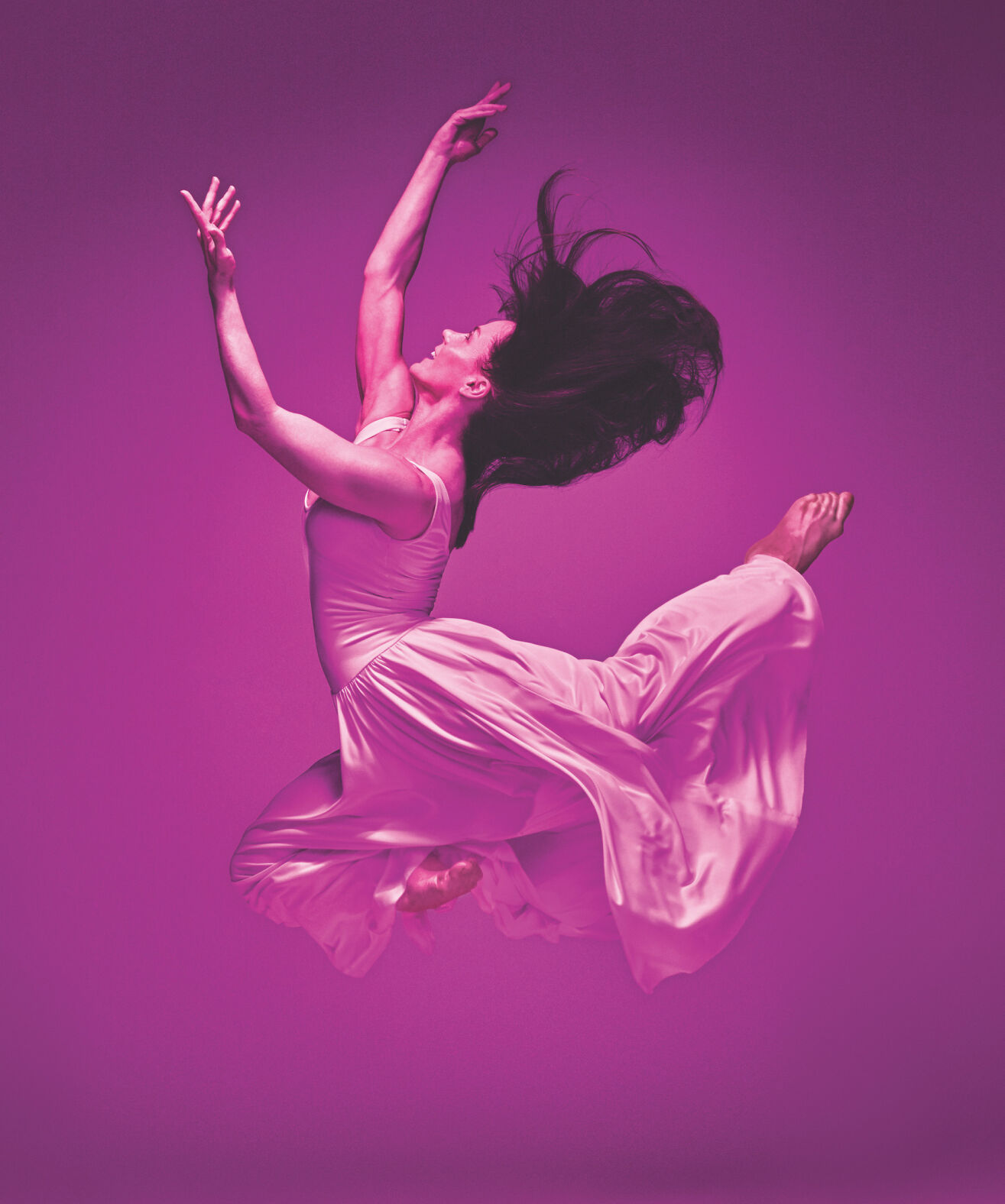 The Paul Taylor Dance Company will return to the Mahaiwe Performing Arts Center for the 10th consecutive year. 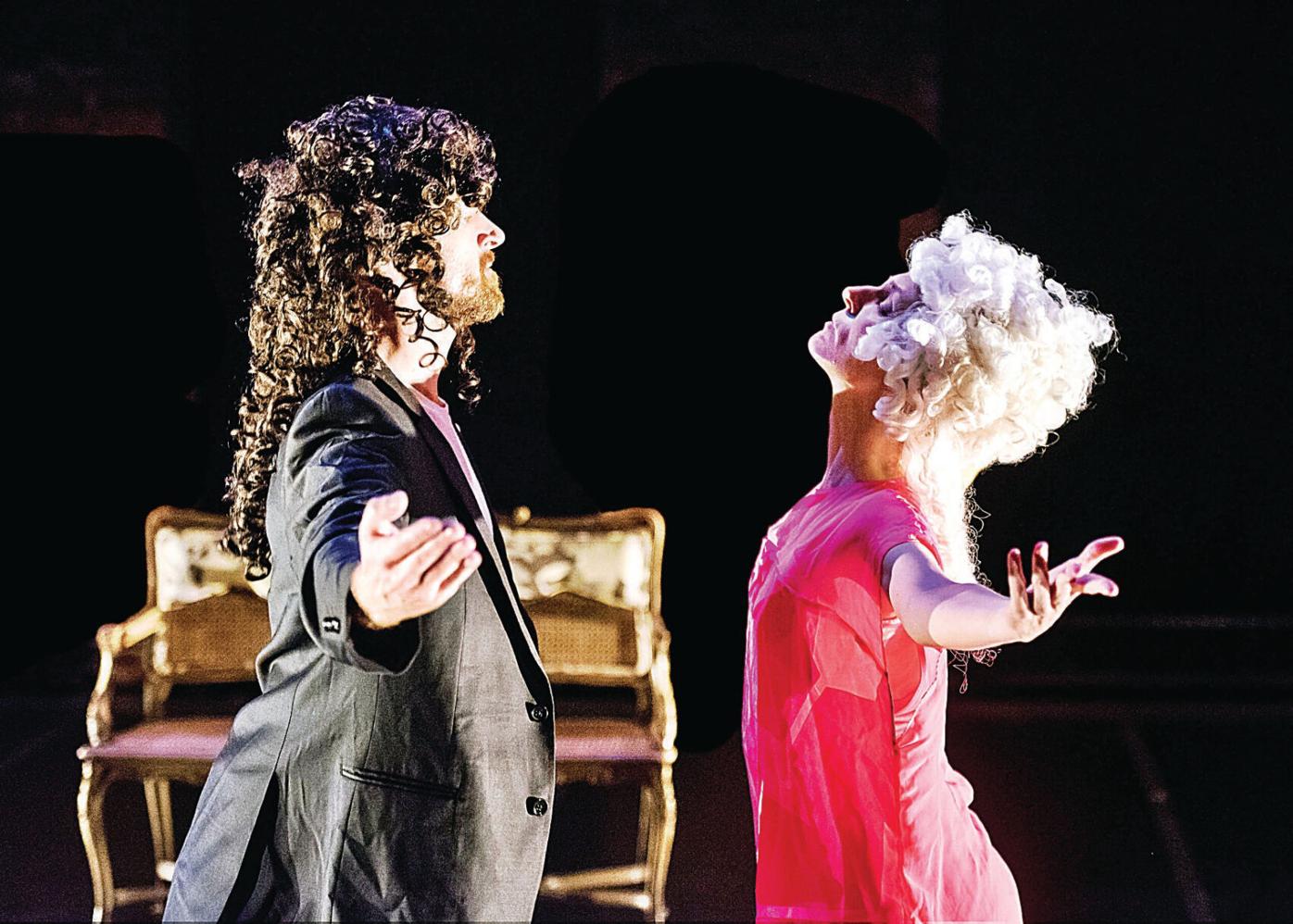 Big Dance Theater in "17c" is a co-presentation by Mass MoCa and Jacob's Pillow Dance. 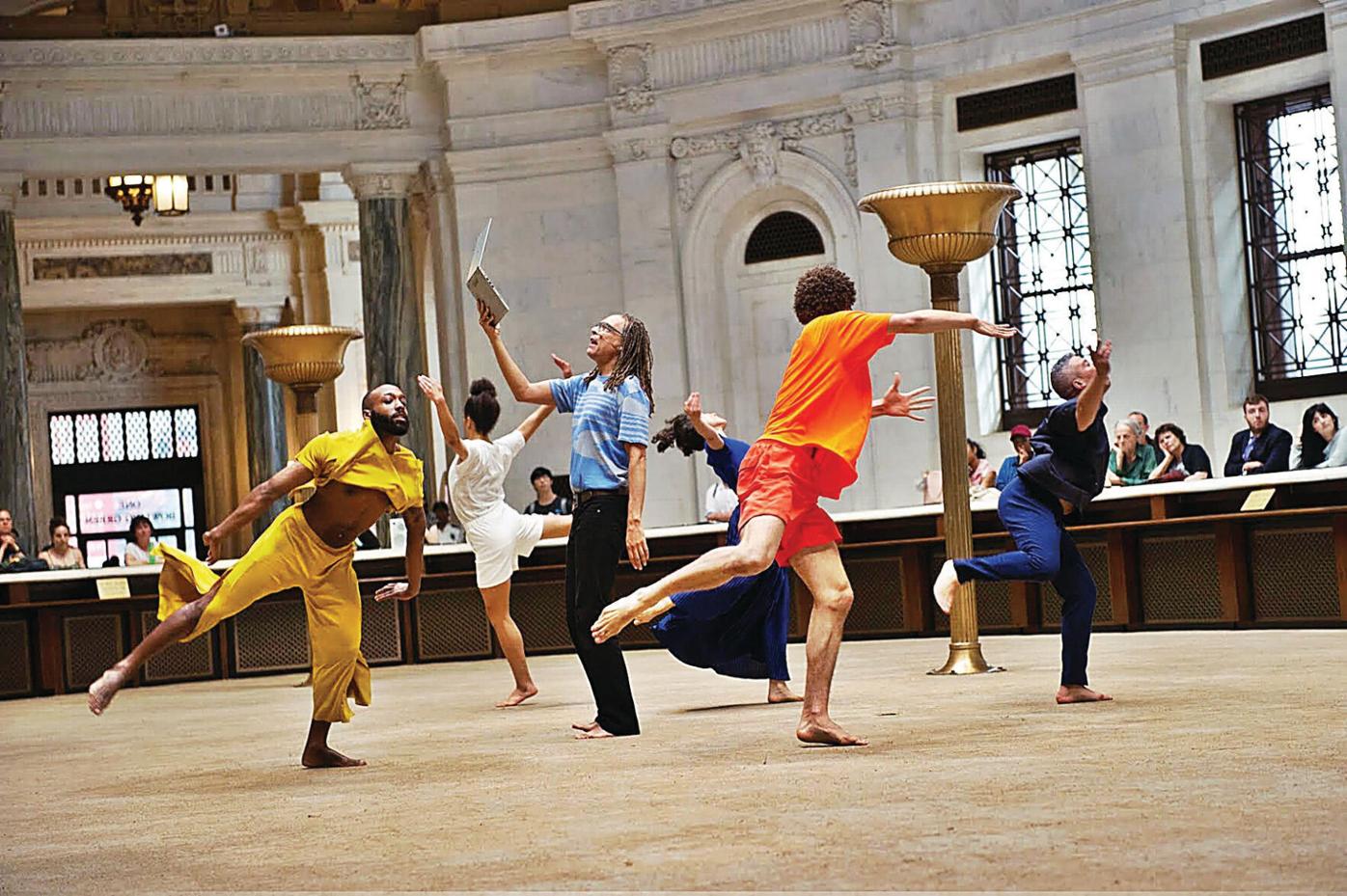 Netta Yerushalmy, "Paramodernities #2 and #3" at the National Museum of the American Indian, River To River 2017. 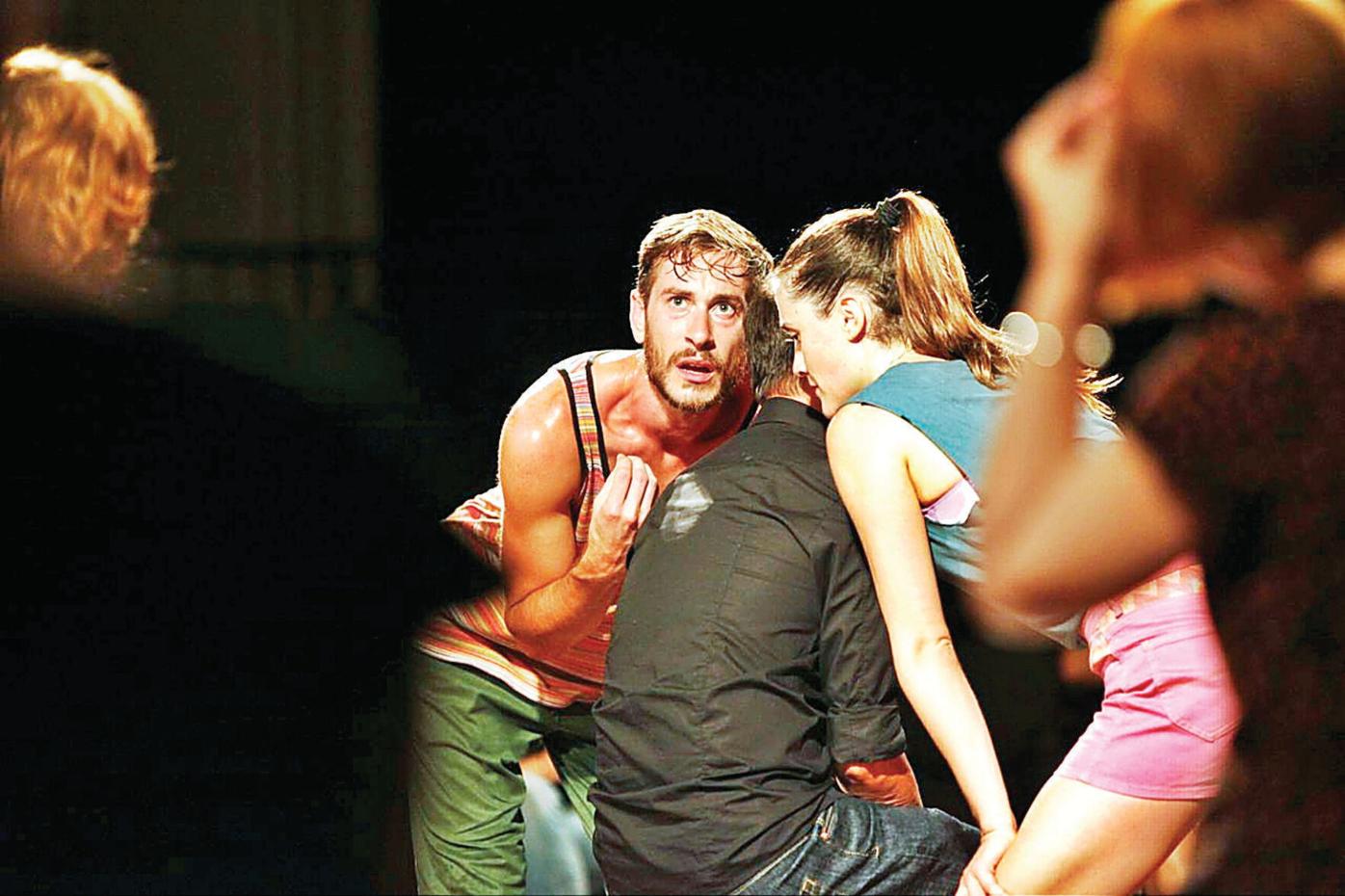 The Tero Saarinen Company will perform "Morphed" at the `62 Center for Theatre and Dance at Williams College on Oct. 13.

The Paul Taylor Dance Company will return to the Mahaiwe Performing Arts Center for the 10th consecutive year.

Big Dance Theater in "17c" is a co-presentation by Mass MoCa and Jacob's Pillow Dance.

Netta Yerushalmy, "Paramodernities #2 and #3" at the National Museum of the American Indian, River To River 2017.

Performances about men and women, along with new works and old, are on the dance schedule for this fall. Highlights include an internationally acclaimed company from Finland with a meditation on masculinity, and a genre-defying multimedia troupe from New York will explore the hidden feminine side of a classic work of introspection. Acclaimed choreographers will work out their next works, and a beloved American institution will return for a pair of shows.

On Oct. 13, the Tero Saarinen Company from Finland performs its 2014 dance Morphed at the `62 Center for Theatre and Dance at Williams College as part of this year's CenterSeries. About the nature of masculinity, it includes an all-male cast of seven dancers, who to a score by Esa-Pekka Salonen "seduce, demand, and swagger, with both music and movement ranging from brutally aggressive to meditatively soft and minimalistic." The production includes sets designed by Saarinen's long-time contributor, the award-winning Mikki Kunttu.

Saarinen's company arrives in Williamstown between shows in Ottawa and a run in New York. The company was founded in 1996 by Saarinen, after beginning his career with the Finnish National Ballet, and had earned a reputation for incorporating styles ranging from the emotive and earthy Japanese butoh tradition, to formal European ballet. Its technique is based on balance and, as the company mission statement reads, remaining "aware, alert, attentive."

Saarinen's work was most recently featured in the Berkshires in July 2012 for a performance of his "Borrowed Light" at the Jacob's Pillow Dance Festival. That work is a meditation on the music and dance of the Shakers, and was a collaboration with the Boston Camerata early music ensemble.

While Saarinen explores what we think about masculinity, the New York-based Big Dance Theater considers the women that have been written out of the picture. "17C" begins from the work of Samuel Pepys, the obsessive diarist whose daily chronicle of life in 1660s London is a detailed look at not just the plagues, wars and politics of his time, but the tiniest details of his personal life. Yet his attention to detail didn't translate into empathy or insight into the minds of the women in his life — his wife and mistresses — who in this work finally have a chance to come alive.

The performance at Mass MoCA's Hunter Center on Oct. 28 — ahead of the show's New York premiere at the Brooklyn Academy of Music in November — will feature the company's signature use of music, dance, video and text to tell its story. "17C" was created by co-artistic directors Annie-B Parsons, who choreographs, and her husband, Paul Lazar, who works with the text. Since their founding in 1991, their hard-to-pigeonhole multimedia productions have built off works ranging from Greek tragedies to novels for children.

The group last appeared at Jacob's Pillow in July 2015 with "Alan Smithee Directed This Play: Triple Feature," which the Eagle described as "magnetic and enigmatic."

"There's nothing in [the piece] that you couldn't call choreography," wrote critic Richard Houdek. "From a hawk-eyed attention to the ways people move through space, an attention to rhythm and timing, to what the body is doing and what (if anything) it means."

The performance at Mass MoCA is part of Jacob's Pillow's year-round programming in cooperation with other Berkshire cultural institutions. Among them this fall is a performance on Oct. 27 at the `62 Center of a work-in-progress by Netta Yerushalmy. "Postmodernities" is a multi-disciplinary project that will come to include lectures, dances and conversations as part of an effort to place iconic dance works in their time, with installments engaging work by legends like Bob Fosse, Martha Graham and Alvin Ailey.

The Pillow is also producing a work at the Hunter Center on Nov. 18 featuring an international collaboration between Australian choreographer Lee Serle, Colombian artist Mateo L pez, and Lebanese theater director Maya Zbib. The performance is billed as a "hands-on theater-and-sculpture piece that explores consumerism and individualism."

And a high point for this fall will be the return of the Paul Taylor Dance Company to the Mahaiwe Performing Arts Center in Great Barrington for the 10th consecutive year for a pair of performances Columbus Day weekend (Oct. 7 and 8). Taylor founded the company in 1954, and it has consistently been at the forefront of modern American dance ever since.

Before each show will be a discussion with Jacob's Pillow Scholar-in-Residence and Paul Taylor biographer Suzanne Carbonneau.

And for ballet lovers, the Mahaiwe this season will host HD screenings of performances by the Bolshoi Ballet of Moscow. The first will be on Oct. 22, with a performance of "Le Corsaire."