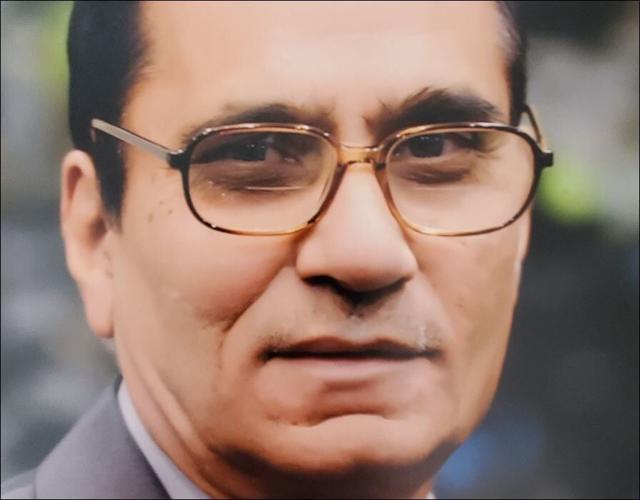 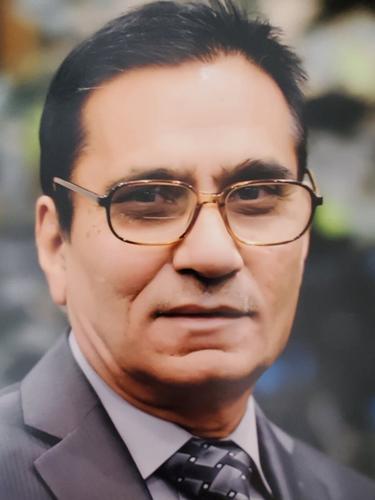 PITTSFIELD — In the parking lot at Vong’s Thai Cuisine, Anup Singh’s family stood outside their cars, masked and distanced.

It was as close as they could get to Singh, to watch as his body was placed into a hearse across Wahconah Street at the hospital. The next stop was the crematory. But the family went home. They weren’t allowed to gather there, either.

After repeatedly calling state officials about how to handle the situation during a pandemic, someone from the funeral home wept with Singh’s daughter in a phone conversation.

And then that worker perhaps did something they’ve never dreamed of doing. On a WhatsApp video call, they showed the family every step. About 35 relatives from India and around the world watched as someone pushed the button that would turn the fires on.

The family, of Hindu faith, were grateful. They now knew that Singh’s soul had safely left his body.

MOURNING AT A DISTANCE

Singh was the first county resident to die of complications from the disease, which can cause upper respiratory failure. The Berkshires has since seen four more deaths, and is watching as case counts rise with the return of test results.

Most of those who have died so far were older than Singh and had underlying health problems. Singh, a retired electrical engineer who had worked for Pittsfield Plastics Engineering, was strong and fit, said his daughter, Samta Ghai. She said he had had a bout with pneumonia in 2017 and had fully recovered.

Ghai said the infection ravaged her father in about 11 days from the time he began to feel sick.

“To have such a sudden loss and no funeral,” said Ghai, who has since tested positive for the virus, along with her mother. “My mental state was bad. I literally feel like I’ve been in a war zone.”

Because the crematorium only runs on Sundays, her siblings rushed back to Pittsfield, where the family moved from India in 1998. They couldn’t wait another week.

Ghai said that this mourning at a distance was particularly distressing for her family.

“In Hindu, the elder son is supposed to cremate the body,” she said, noting that the hope was that he could at least press the button that would cremate his father. “It’s what sets your soul free.”

Ghai, 32, and her mother 63, have been quarantined with Ghai’s toddler long before the test results came back.

“We were all pretty certain that we had it,” said Ghai, an accountant in New York City who is still with her mother in Pittsfield.

Ghai has had a lingering cough, but is feeling better. Her son has had mild symptoms, and her mother, Rita Ghai, is better after feeling sick last week.

Her parents had been staying in Queens with Samta Ghai since December. They all traveled back to Pittsfield to take care of a few things, when Anup Singh began coughing and had a runny nose. That was on March 10. By March 12, he went to urgent care at Berkshire Medical Center. He was sent home with discharge instructions for an “upper respiratory infection.”

He was told to rest and increase fluids. “Ibuprofen and Tylenol for pain aches and fever. Consider starting a decongestant such as Mucinex or Sudafed.”

The family began fighting about his care. Some had heard that the fever reducers could be harmful for coronavirus patients, and Ghai’s siblings had wanted him tested, suspicious that he might have picked up the virus in New York. He was told he did not meet the testing criteria at the time.

Despite taking Ibuprofen, her father’s fevers would not abate. The women were taking his temperature on the hour. On March 16, it spiked to 103.5, and they called 911 for an ambulance.

March 17 was the last time anyone spoke to Singh. His son, Gagan Singh, said his father was “always smiling and made jokes and would find humor and a spiritual acceptance in the toughest of life situations.”

Anup Singh sent them photos of himself and his hospital room. He said he was safe and well taken care of. He said they shouldn’t worry about the delay in treatment.

“Better late than never,” he told his daughter. It was something he also liked to tell his children in Hindi.

On March 18, he was placed on a ventilator. For several days, his son pleaded with doctors to give him experimental medications, she said, and began to convince them.

“But I think it was too late.”

In a remembrance, Gagan Singh said that his father was selfless.

“He was a truly humble, hard-working, simple and a quintessential family man,” he wrote. “He told us don’t aspire to ‘be the very best’ but rather to ‘do your best’ and to live a balanced life.”

After standing in the Vong’s parking lot that Sunday, the family had to go home. They also couldn’t go to the temple in Albany, N.Y., for the Hindu funeral prayers. But the Granthi who said the prayers arranged to telecast it for the family, and sent them all a link.

For Anup Singh, “better late than never” was a reminder, said his son, “not to waste time in regrets.”

1. It took decades to out her childhood rapist: the schoolhouse janitor. What gave Nancy Shmulsky the courage to publicly say 'Yes'? A billboa…

PITTSFIELD — For weeks, Dilip Kapur went to a house on Weston Street every day and placed his home cooking on the doorstep of his close friend.

COVID-19 claimed first life in Berkshires, that of Anup Singh Ghai, one year ago today

It was one year ago Sunday that Anup Singh, a retired electrical engineer, died of COVID-19 — the first resident of Berkshire County to be tak…