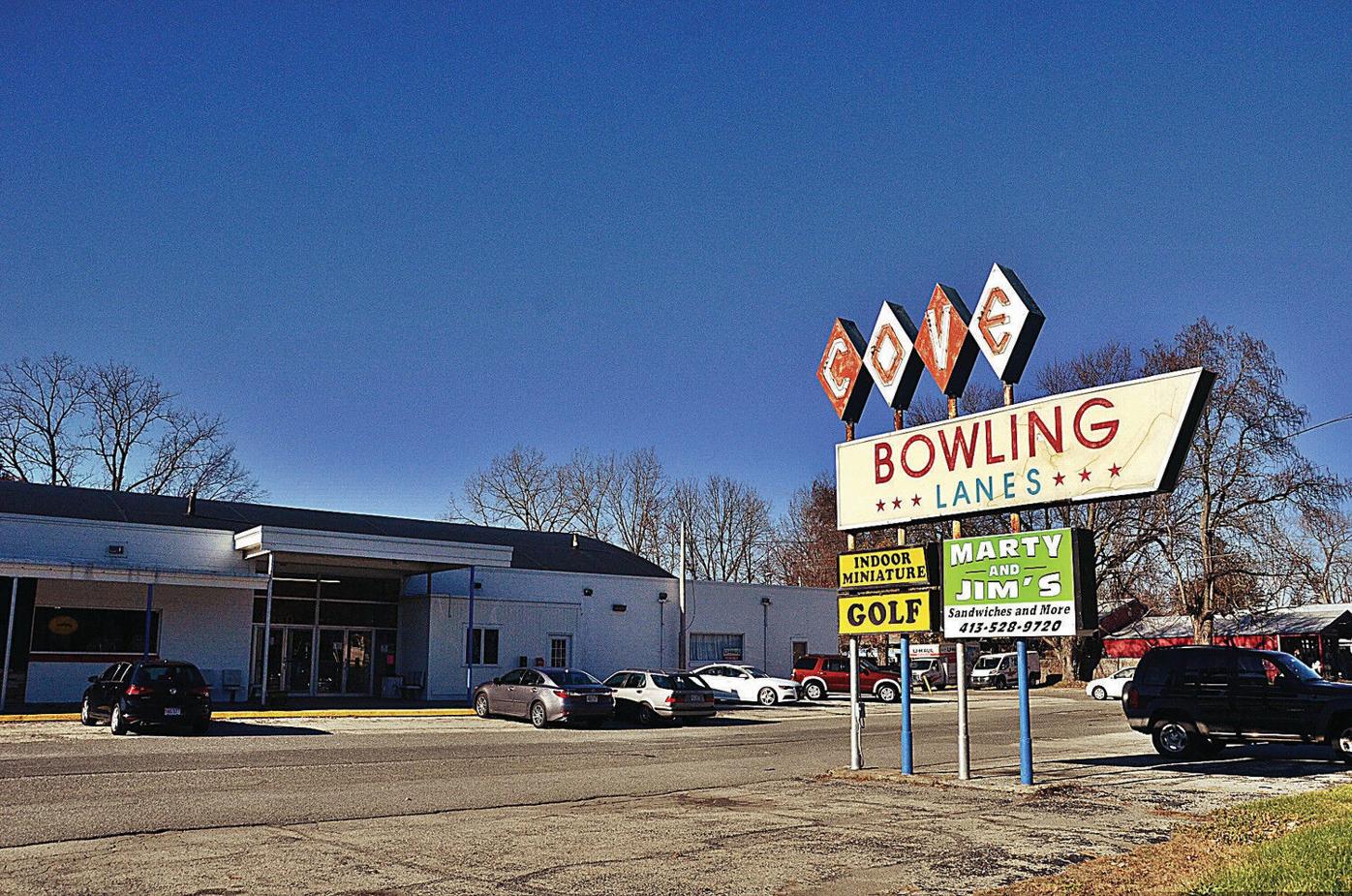 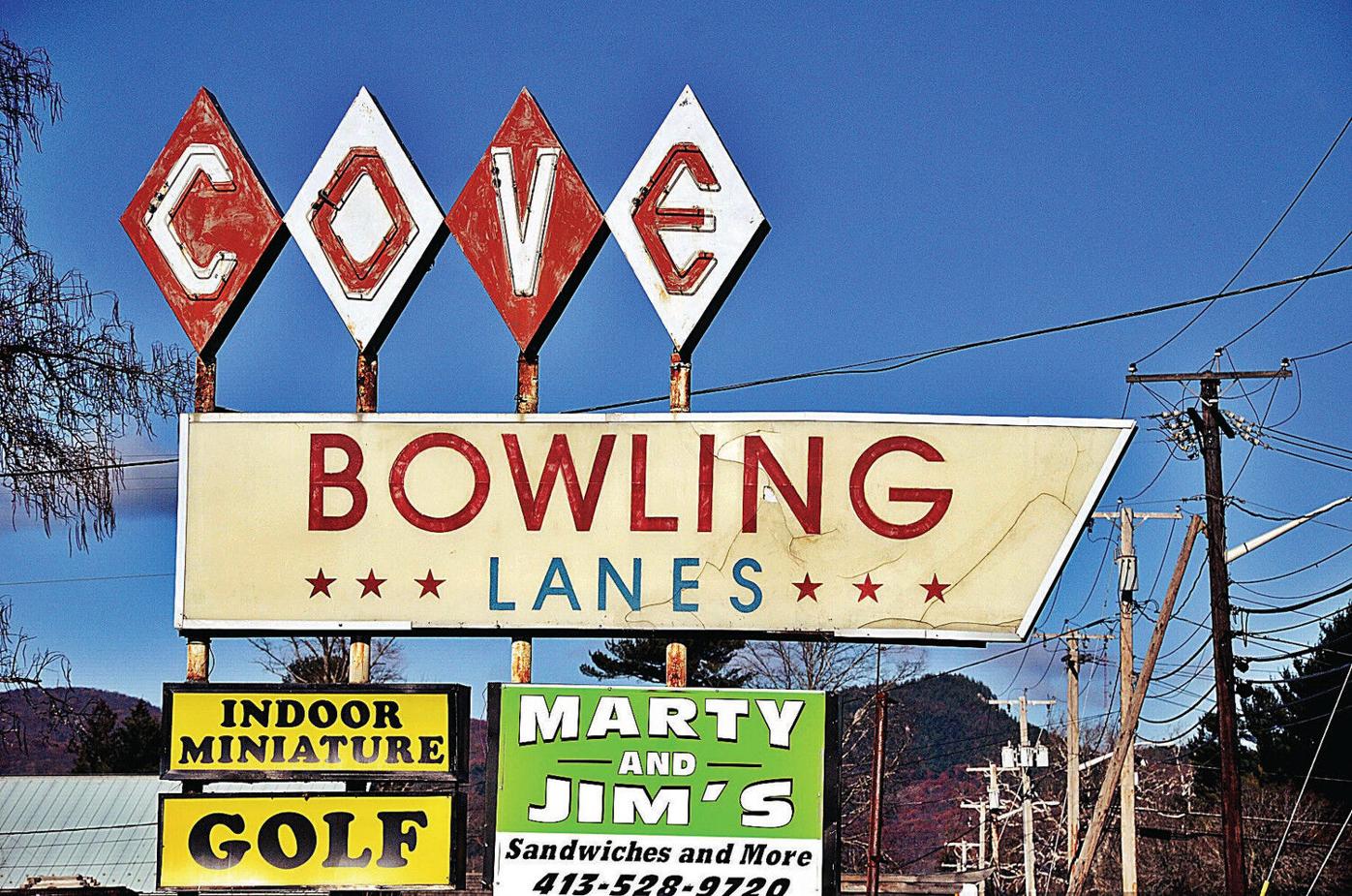 Cove Bowling Lanes in Great Barrington, which is for sale, is a 26,012-square-foot "commercial space" (not "bowling alley") billed as either a teardown or redevelopment opportunity. 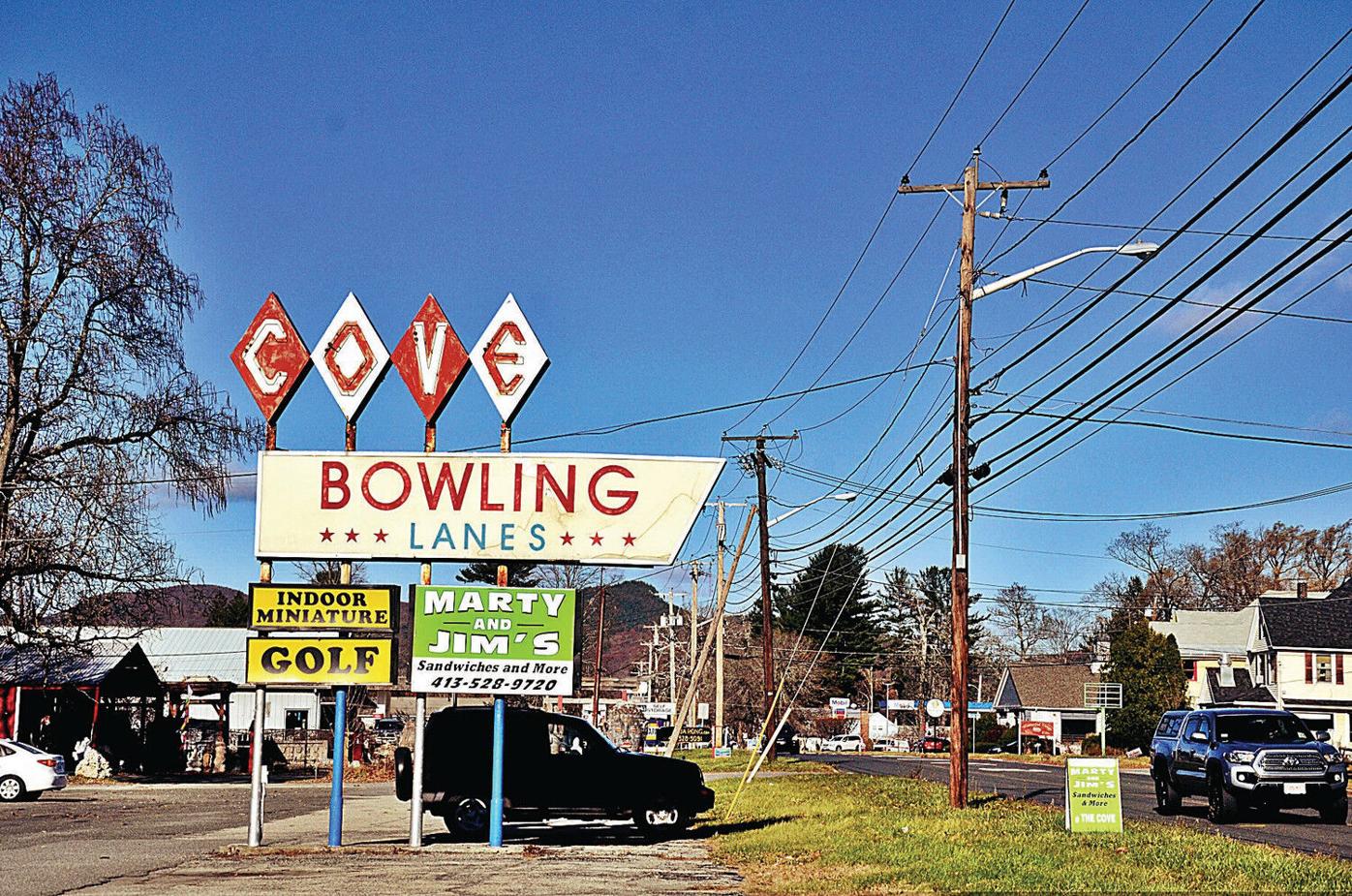 Cove Bowling Lanes in Great Barrington opened Nov. 1, 1960. Listed on the market in June for $4.5 million, the price was just dropped to $3.9 million.

Cove Bowling Lanes in Great Barrington, which is for sale, is a 26,012-square-foot "commercial space" (not "bowling alley") billed as either a teardown or redevelopment opportunity.

Cove Bowling Lanes in Great Barrington opened Nov. 1, 1960. Listed on the market in June for $4.5 million, the price was just dropped to $3.9 million.

GREAT BARRINGTON — Cove Bowling Lanes, for sale? Nah, not the Cove! What are you talking about?

Step inside this revered bowling alley, and it's business as usual. Just a regular Thursday afternoon. The Monument Mountain High School Bowling Club has just arrived. Look at that: a dozen of them — enough for a varsity and junior varsity team, just like the old days.

But, but — the place is for sale, right?

Listed on the market in June for $4.5 million? Yes. The price was just dropped to $3.9 million. A 26,012-square-foot "commercial space" (not "bowling alley," but "commercial space") billed as either a teardown or redevelopment opportunity.

The owner, Tom Hankey Sr., isn't talking about it. The only standings the Cove is going public with are league team standings: Anselmini Painting running neck and neck with We Got Wood and Lost Our Squirt.

But what about the future of the Cove?

"Anything can happen. That's all I'm going to say about that," Hankey says.

In other words, bowlers of Great Barrington: Live in the moment.

That's what bowling coach John "The Moleman" Anthony is choosing to do. The team has its first tournament in two weeks, and some of the younger players, new to the sport, are heaving the ball warily, like the thumb holes are filled with a family of angry hornets.

Each little sidebar Anthony has with each young player can easily turn into a mini-TED Talk on things like gyroscopic precession and kinetic theory.

The way he says it sounds like beat poetry, delivered in a deep, gravelly, benevolent bark, as if his voice box has been distressed with blows from a tow chain.

Come to think of it, Anthony — pierced, tattooed, goateed — did once give a TED Talk, and you'd be forgiven for assuming he spoke on bowling and physics. He spoke, in fact, about boomerangs, because Anthony is also a world champion thrower of boomerangs.

Point being: The Cove is a place where you'll discover a bowling coach who once gave a TED Talk. And it wasn't even about bowling; it was about boomerangs.

The Cove: With its wall of heroes, the framed photos of those who've come before, who sprang from dust, lived to bowl a perfect 300, and returned to dust once more.

There are characters from the Cove creation story still around today: Joe Storti, ninth picture down. He's been bowling here since the place first opened, Nov. 1, 1960, when, at 9 p.m. sharp, they held a drawing and someone went home with a $750 mink stole. He still hosts a tournament here.

The Cove, for sale?

Live in the moment!

He was known to command the microphone in the evenings. Occasionally, to the delight of the crowd, he'd click off the lights for a round of "moonlight bowling" to an entire generation whose future obituaries would include "league bowler at the Cove" among the pertinent details defining a lifetime, right up there with "daily communicant at Corpus Christi."

And all the fundraising tournaments — for the Kiwanis, for Rotary, for the local girl who underwent open heart surgery. And all those birthday parties, bumpers down.

It's the Cove — where one night in 1964, around 1 a.m., a man with dark hair, wearing a blue suit, stepped out of a light-colored Cadillac, approached the counter, pulled out a gun and made off with $5,000, back when newspapers described armed robbers as "armed bandits."

And, hey, wait: Didn't the great Norm Duke step through these doors one cold day in 2012 and perform some trick shots? Why, yes, he did.

And the story goes that when Joel and Ethan Coen (aka, the Coen brothers) were students at nearby Simon's Rock, they hung out at the Cove, soaking in the atmosphere, only to re-create it later in their cult classic film "The Big Lebowski." That may or may not be true, but it's an awesome story anyway, so let's continue to spread it because, well — we're talking about the Cove!

But here's an awesome story you can believe. It stands at about 5 feet 7 inches tall and goes by the name of Tom Hankey Jr., 17, son of the current owner and bowler of 26 perfect games and counting. That's what practicing six or seven days a week for two or three hours gets you. What else it gets you is enough scholarship money to pay for nearly three years' worth of college. He'll be attending the bowling juggernaut Webber International University in Florida next fall, and who among today's youth even knows there are college-level bowling juggernauts?

Well, his teammates on Monument now know, that's for sure.

There's young Tom over there on lane 24. While his teammates practice, he's firing up the machine that applies oil to the lanes, making them shiny-nice because it's Thursday, league night.

And someday maybe Jackson Smith will be among the league players, yes? A freshman at Monument, he's learning to throw two-handed, in the style of the great Jason Belmonte.

But where will the young Jackson bowl in a year from now, in six months from now, if the unspeakable occurs?

When you don't ask, when you instead live in the moment at the Cove, you get the delight of listening to Anthony describe his favorite sound in the world. It sounds something like this: RrrrrrrrrrrPWOCKrrrrrrr!

He can explain: "From that desk there, I can reset all 24 lanes at once. So the sweep comes down and knocks down the pins on 24 lanes. RrrrrrrrrrPWOCKrrrrrrr! It's awesome. I used to do it all the time at night when there was nobody in here."

Anthony, whose bowling ball looks like planet Earth, steps up to the line — slower than normal and without his typical follow-through, because of the 15 screws and two plates keeping his pelvis together (different story, worthy of a TED Talk). He lets her roll. And there it is: Planet Earth spinning and revolving down the lane, drifting toward the gutter. Drifting, drifting — but look at that! Planet Earth rights itself at the last moment and proceeds to plunge into the pocket: rrrPWOCK! Strike!

He turns and smiles.

And don't you know it begs the question: At the Cove, how many more such happy returns?

Felix Carroll is The Eagle's community columnist. He can be reached at fcarroll@berkshireeagle.com.