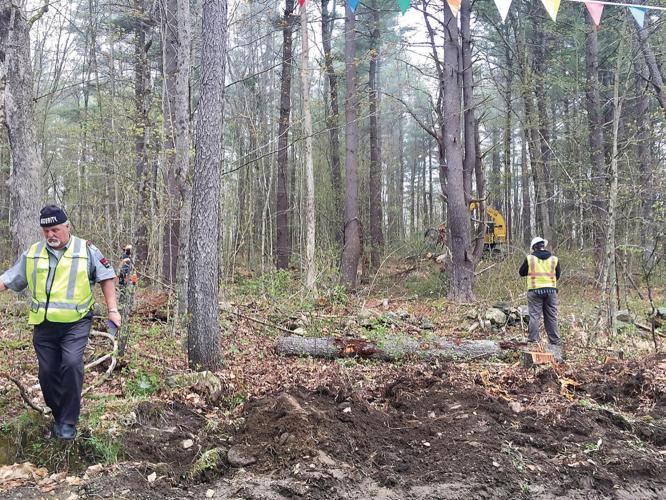 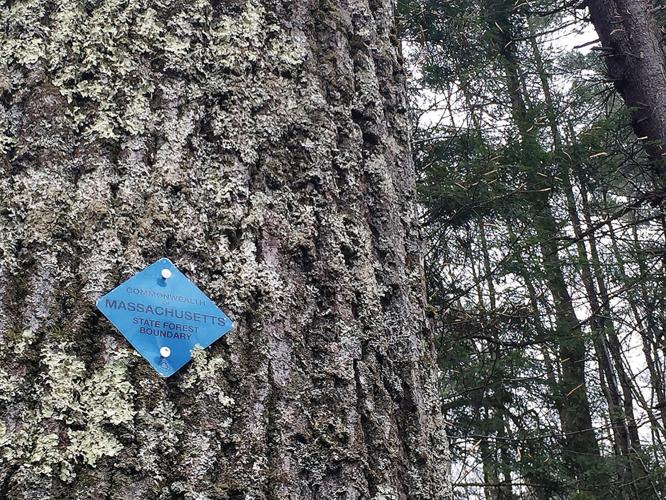 A large section of Otis State Forest in Sandisfield is now off limits to the public as Tennessee Gas Co. clears forest to expand it's pipeline run for a natural gas storage loop.

A large section of Otis State Forest in Sandisfield is now off limits to the public as Tennessee Gas Co. clears forest to expand it's pipeline run for a natural gas storage loop.

SANDISFIELD — The fight to save these trees began about four years ago. But on Sunday, the cutting finally began.

And it began despite what three U.S. lawmakers from Massachusetts recently told the Federal Regulatory Energy Commission are outstanding issues requiring resolution before an existing pipeline corridor here should be expanded.

But FERC has not yet responded to Sens. Elizabeth Warren and Edward Markey, nor Rep. Richard Neal D-Springfield. Markey told The Eagle he is not pleased.

"It is unacceptable that FERC staff would allow this to move forward without a quorum and an ability to hear the pending challenges," he wrote. " It's been made clear — stop clear-cutting until these challenges can be heard by FERC. We shouldn't be cutting short the process before cutting down trees."

The lawmakers wrote FERC last month to ask it to revoke the notice to proceed with tree cutting and construction. The legislators said the agency did not have a proper quorum to issue the notice and said a rehearing request made over a year ago by Sandisfield residents needed resolution.

Roughly two miles of Tennessee Gas Pipeline Co.'s 13 mile Connecticut Expansion Project will run through Otis State Forest. And it is this that put this particular pipeline on the legal and political map since federal law forced the state to give the company an easement of land protected by Article 97 of the state Constitution.

The Kinder Morgan subsidiary's plans say about 6 acres of Article 97 easement will have to be cleared.

FERC spokesman Craig Cano previously said the notice to proceed was issued properly, and would not comment on the rehearing request nor on two other groups asking to halt cutting and construction on several grounds. He said he did not yet have a response regarding the start of tree cutting.

Silence from FERC and the whine of saws in the forest tells the story, said Ron Bernard, a resident who has the pipeline running through his backyard. Bernard also is serving as an "intervener," someone directly affected by the project who applies for that status, and is kept directly apprised of Tennessee Gas plans and FERC filings.

"It's over," Bernard added, as a constant stream of security, police and heavy trucks rumble by him on Cold Spring Road, the main access point to the forest.

Environmentalists and residents like Bernard fought the company's third gas line in this corridor, delaying the project for about a year while the company untangled legal challenges and local issues.

Bernard said the tree clearing work should take about a week. This and timber harvesting was contracted to Northern Land Clearing out of Palmer.

Department of Conservation Resources spokesman Troy Wall said Tennessee Gas will sell the timber at fair market value, which is currently being determined, and give the agency the proceeds.

Right now the work is in the uplands while the company completes protective measures to guard the wetlands, according to Susan Baxter, another Cold Spring Road resident and intervener.

Paul Gaudette, chairman of the Sandisfield Conservation Commission, said while cutting trees in or near wetlands, equipment must have biodegradable hydraulic fluid. He said crews might opt to cut manually in some cases, but it was up to the company.

"Tennessee Gas has been very compliant and cooperative with the orders of conditions," he said.

But FERC has been quiet.

And Rep. William "Smitty" Pignatelli, D-Lenox, has worried about this pipeline process from the beginning. He said he's not surprised by FERC's silence, or that cutting has begun despite "unresolved" issues.

"It seems like FERC never expressed any interest in what local people were concerned about," Pignatelli said. "It's sad."