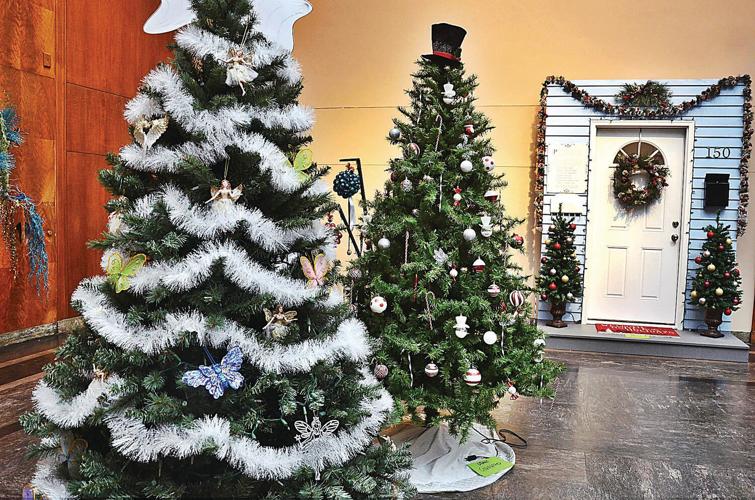 The Berkshire Museum's Festival of Trees. 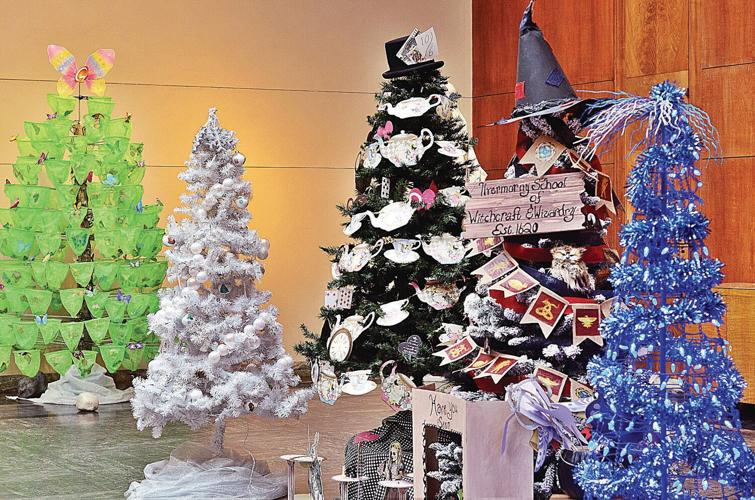 The Berkshire Museum's Festival of Trees.

"The theme is inspired by artist Morgan Bulkeley [currently on view at the museum] a 50-year retrospective of his career," said Betsy Sherman, volunteer chairwoman of the Festival of Trees. "His work is whimsical and intriguing. It's colorful and vivid with a lot of humor. The feeling of story telling in his art translates itself into the trees and tree decorations."

The first Festival of Trees, a joint venture of the Berkshire Museum Auxiliary and the Lenox Garden Club, was held in 1985, and featured 48 decorated trees. This year, the festival will feature 77 full-size trees and 54 children's trees, although "some additional trees may be added before the opening," said Lauren "Lo" Sottile, director of development at the museum, adding the festival has been extended to Jan. 7 for people who are too busy to come during the holidays.

Participants this year were asked to place an object or ornament of their choice in their tree for visitors to search for. "It was inspired by the children's 'I Spy' books," Sottile said. "It will be great for families with kids. We hope people will enjoy it."

The trees are decorated by individuals, businesses and organizations in the area. "I love seeing how creative people can be," said Sherman, who has 20-plus years as the chairwoman under her belt.. "You know them in ordinary life, but you find out they have hidden talents."

"The great thing is the trees are sponsored by businesses, individuals, groups that cover different entities of the community," said Lesley Ann Beck, senior communications manager at the museum. "It covers a wide gamut of the community, which gives it a warm feeling."

The museum puts out a call for tree sponsors in July. "People have been working on them for months," Sottile said. "It's a team-building activity for the businesses. We have more new businesses this year. We're always happy to welcome new participants."

Funds raised from the tree sponsorships, $130 per tree (trees entered by children are free), go toward the museum's educational programs.

David Pupo, of Criterion Residential Concierge in Pittsfield, was thinking outside of the holiday gift box when he designed and created "Topsy Turvy," an upside-down tree representing flora, fauna, along with fantasy.

Pupo, who once worked in New York City and Palm Beach as an interior designer, said he bought 22 boxes of greenery and floral pieces and built the tree from the bottom (the inverted treetop) up.

"The tree is color-coded with the darker colors (dark and evil) at the top and the lighter colors at the base," Pupo said. "In between, aquatic life is interspersed in the tree. It reflects Bulkeley's art in color, tone and spirit."

After the Festival of Trees, Pupo would like to sell the tree or donate it to an organization that could use. it.

David Staples. general manager of Zip 'n Sort Mail Services, a division of Berkshire County ARC, in Pittsfield, and his staff turned his business' tree into the solar system. He said he has been participating in the Festival of Trees for over 20 years, and has to his credit a flamingo tree, a white owl tree, a mail tree and, not to be sexist, the next year a fe-mail tree.

"One year, it was a movie theme, and we did 'A Clockwork Orange,'" he said. "It was a fine, slick wreath made into a clock. My grandfather never allowed a tree in his house and my grandmother would decorate a chair on Christmas Eve. So, one year [for the festival] I had a stained-glass window with a decorated chair. You take a simple idea and make it very artistically beautiful."

Staples said he doesn't like ornaments with greenery, so he decided to glue the ornaments together to create spheres. "I thought, why not make eight of them for planets?" He added it took about a month of experimenting to get the placement of the globes on the tree right.

A big quandary, Staples said, was whether or not to include the star-once-a-planet Pluto. "I like Pluto and staff members like Pluto, so we included it. I originally stuck it in a corner, but then I saw a spot where it could go — at the top."

When the festival is over, Staples said the tree will join past Zip 'n Sort entries and be displayed in the various rooms at the facility.

Kristina and Gary Cardot of Funky Phoenix in Pittsfield created and designed two wooden trees at the Berkshire Museum's Festival of Trees — one in conjunction with Autism Connections and another of their own.

Both trees reflect the mission of their business: Take old, broken — and sometimes antique — pieces and re-purpose them into functional things.

"Our son is autistic and goes to a class sponsored by Autism Connections," Kristina Cardot said. "Autistic Connections came in over the summer and proposed we do a class. It was initially a 10-week class, but it was broken down into two five-week classes and we started with the Christmas tree class. Another class will be held in the spring." She added the group of nine people, in their late teens and early 20s, met once a week for 90 minutes. "They were great; they were fun," she said.

"We came up with the idea. Gary had always wanted to to a wooden tree. We went on Pinterest and looked for ideas and took it from there," she said, adding that for both trees Gary had cut and milled the wood into branches and turned the filial tops on a lathe. Both trees are what she called "puzzle trees," capable of being assembled and disassembled as needed.

The group members spent the first session painting the branches and subsequent sessions making the ornaments (which were all of repurposed materials), mixing colors and beading. For the final class, they assembled the tree and held a Christmas pizza party.

For their own wooden tree, Funky Critters, the Cardots enlisted the aid of their 10-almost-11-year-old triplets, who made the ornaments for the tree. "Pandsa and critter-y type things," Kristina Cardot said.

"Bottle caps, wood ... you name it, it's on there," she said. "The garlands are made out of mechanical pieces, 45 rpm record adapters, toy and game parts. The paper chains were made from vintage books and comic books, and maps."

Cardot wasn't sure what would happen to the trees once the Festival of Trees closed. Anyone interested in having a wooden tree, "custom-built with old skis or anything else," may contact the Cardots at Funky Phoenix.

Berkshire Concert Choir at the Festival of Trees

Free and open to the community.

Join the women of Pittsfield's own Berkshire Concert Choir as they perform a program of Christmas music from early Renaissance to contemporary compositions. They will sing from repertoire created by des Pez and Hassler, Rutter and Willcocks, Randall Thompson and more.

Ring in the New Year at the Berkshire Museum! Join Boston-based magician David Hall as he performs some of the most amazing magic you've ever seen. Refreshments will be served in the Crane Room at noon.

What: Whimsical, Wonderful Festival of Trees

Admission: $13 adult, $6 child; museum members and children age 3 and under are free