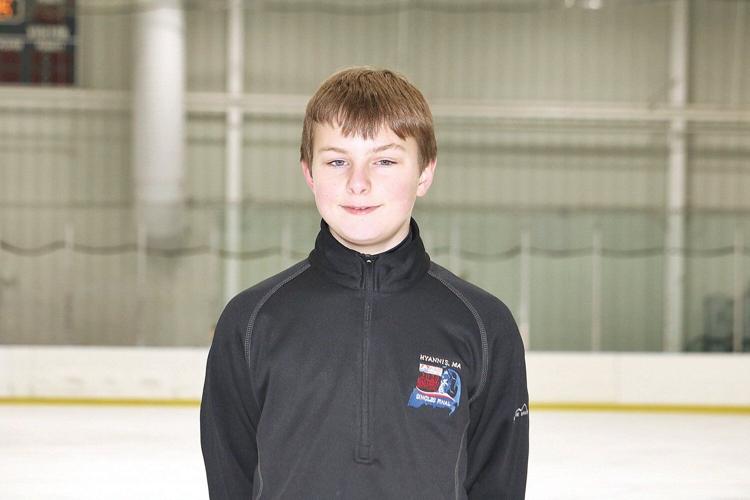 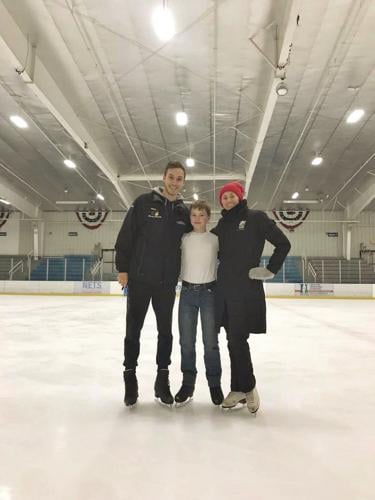 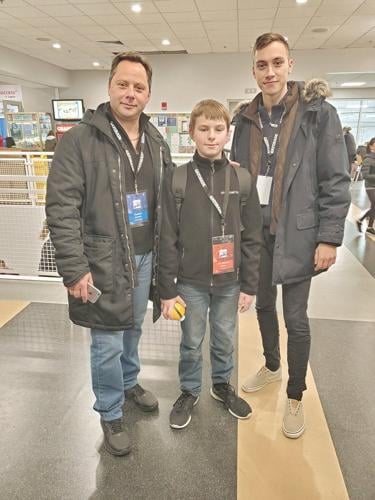 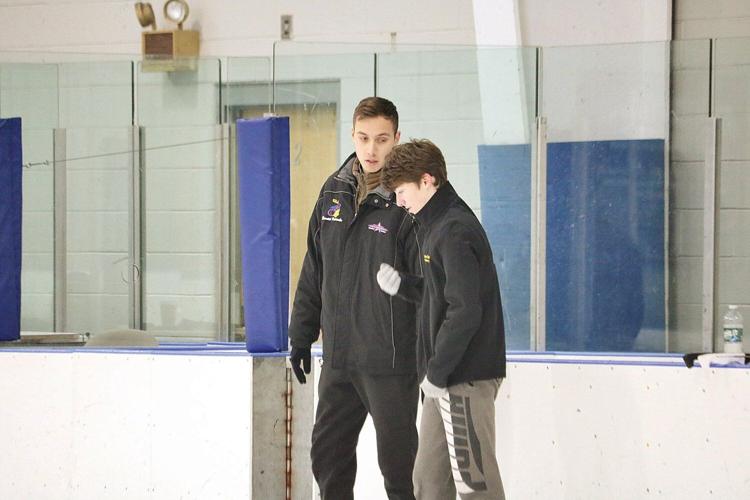 Paul Harden, right, talks with his coach, Daniel Petrenko, during a recent practice at the International Skating Center of Connecticut in Simsbury, Conn. Paul and his brother, John-Michael, are from Sheffield, but travel to Connecticut to train for their figure skating exploits.

Paul Harden, right, talks with his coach, Daniel Petrenko, during a recent practice at the International Skating Center of Connecticut in Simsbury, Conn. Paul and his brother, John-Michael, are from Sheffield, but travel to Connecticut to train for their figure skating exploits.

SIMSBURY, Conn. — Around eight years ago, Dawn Sadera-Harden was looking for something to do during a Berkshire County winter with her two sons, Paul and John-Michael. She stumbled upon a learn-to-skate program at the Boys & Girls Club of the Berkshires in Pittsfield, and the three decided to check it out, driving north from their home in Sheffield.

Sadera-Harden had never figure skated before, but her kids picked it up quick, and soon were zooming around the third-floor ice rink

"I fell in love with it just when I started skating. It became my passion," said John-Michael, who was four years old at the time. "I remember just stepping out there the first time and loving it."

Paul, who was five at the time, remembers a bit more.

"I wanted to do it after watching the 2010 Olympics," said the elder brother, now an eighth-grader at Mount Everett Regional. "I wanted to skate like [2010 Olympic Gold Medalist in Men's Singles] Evan Lysacek. I just wanted to be like him some day."

In the Berkshires, Paul and John-Michael worked with Lenox coaches Annie and Molly McKenna, who fostered their interest thoroughly.

As the two grew, they began to take the sport more seriously, which led to another search by the family to find year-round ice and higher levels of training.

That's what brought them to the International Skating Center of Connecticut.

Thanksgiving 2019 wasn't 10 hours gone by when Paul and John-Michael climbed into a car with their mother in Sheffield and began rolling due south.

It was cold outside as the three crossed the Massachusetts-Connecticut border on Friday morning, but the sunshine made it a bearable 42 degrees.

The brothers, 13 and 12, respectively, soaked up all the sun they could on the drive, because for the next three hours they were in skates under the ISCC roof in Simsbury, Conn.

"I did pick up some things quick, but it's taken years to learn the axles and jumps and doing the complex spins," John-Michael said of his early years. "I wanted better training. Up in Pittsfield it's more recreational, so this place gives me more competitive-focused training."

That training has helped result in some major achievements.

John-Michael, competing at the Juvenile Boys Level, qualified for a berth to the Eastern Sectionals at the New England and North Atlantic Regional Singles Challenge a couple weeks ago in Hyannis. He's just the third boy to come out of ISCC and the Charter Oak Figure Skating Club to accomplish that feat, and it's a badge of honor that the Mount Everett seventh-grader wears proudly.

"It went well. It was fun, a good experience," said John-Michael, who pointed to the Hyannis logo on his chest when asked what's the coolest place he's skated.

He's also a dedicated member of the Golden Eagle Band at school, playing flute and working on percussion.

It's been three years since the boys started making the regular trek down to Simsbury for practice, where they have come under the tutelage of Team Petrenko.

Vladimir Petrenko is the man in charge at ISCC, a former World Junior Champion himself, representing the Soviet Union, and brother of Olympic Champion Victor Petrenko. He and his son, Daniel, run the show and are the Sheffield brothers' main coaches, along with choreographer Svetlana Kulikova, a former competitive ice dancer from Russia.

"They have been great mentors," said John-Michael. "Even helping me out with some school stuff."

Dawn calls them part of her family at this point. Which is understandable given the tremendous time commitment the Hardens have made to the sport. They are at the ISCC five or six days a week for an hour or two each day.

"Honestly, they're motivation. It's a drive to get here, but literally every time they come here, they always go 100 percent," said Daniel Petrenko, a senior at UConn and former competitive skater. "As a coach, you always want to see your students listening to you, and they always give me that attention. They listen, they respect the things we're teaching them, and you can see it in their improvement."

Paul, who is entering a time in his life when time management becomes even more pressing, puts it: "It's difficult, but it's worth it."

Thanksgiving week, and more so the entire fall is essentially preseason. The boys are working on adding elements to their repertoire and starting to formulate new routines from scratch.

John-Michael is looking to add a double axle and at least one triple, be it a salchow (a jump with a backward takeoff from the back inside edge of one foot and landing on the back outside edge of the opposite foot) of one skate or toe loop.

"They choreograph it, and I try to do what they tell me to. It's hard, you have to go over things 15-20 times, repeat, repeat, repeat," said John-Michael, who is playing with the idea of skating next to Beethoven's "Moonlight Sonata." "I choose a song and then my coach starts choreographing. We put where the jumps are going to be, and then add the steps and movements in between."

He spent the last year perfecting a routine to Kenny Loggins' "Footloose," but still calls his 2017 performance to Michael Jackson's "Bad" his favorite of all time.

Paul has aged out of his former level, and thus has a host of new competitors he'll be battling and elements he's working to perfect.

"They knew enough when they came here, but nothing like now," Daniel Petrenko said. "They're both working on doubles and, with John, some triples. He's just the third boy out of the whole rink here to go to sectionals. It's a big accomplishment and they've both made big strides."

The brothers will compete against one another for the first time since they were in the basic skills level, next month at the Bay State Games. They'll participate in the Juvenile Well Balanced Freeskate division at Lansing Chapman Skating Rink in Williamstown the weekend of Jan. 3-5, 2020.

John-Michael is planning to present his 2019 "Footloose" program, with a couple of new elements and maybe a surprise or two in store. Paul, who took a silver medal at the Bay State Games in 2019, to go along with four other golds this year, is a bit more tight-lipped on what he's bringing to the table.

"Typically we start out with some new skills, jumps or steps, then its music and choreography," said Paul, who outside of skating is a dedicated Boy Scout and halfway to the rank of Eagle Scout. "I'm working on cleaning up all my doubles and spins, and actually working on a new routine.

Paul is attempting to qualify as an Intermediate Men's Skater for the New England Regional Singles Challenge, which is slated for October of 2020.

John-Michael will skate at the Singles Challenge, as well.

Both boys are entering the National Qualifying Series with United States Figure Skating, which serves as the official pipeline for US Nationals.