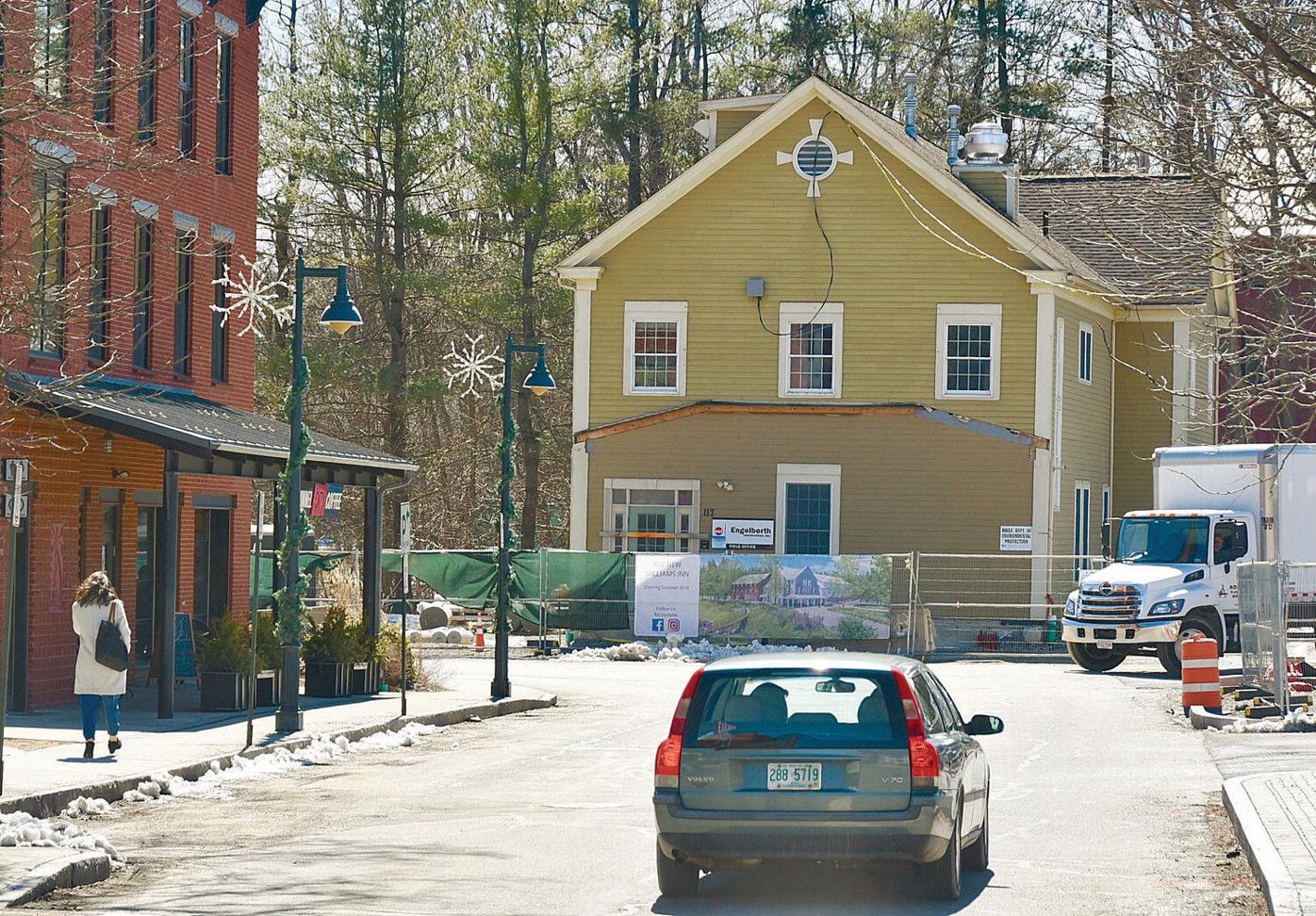 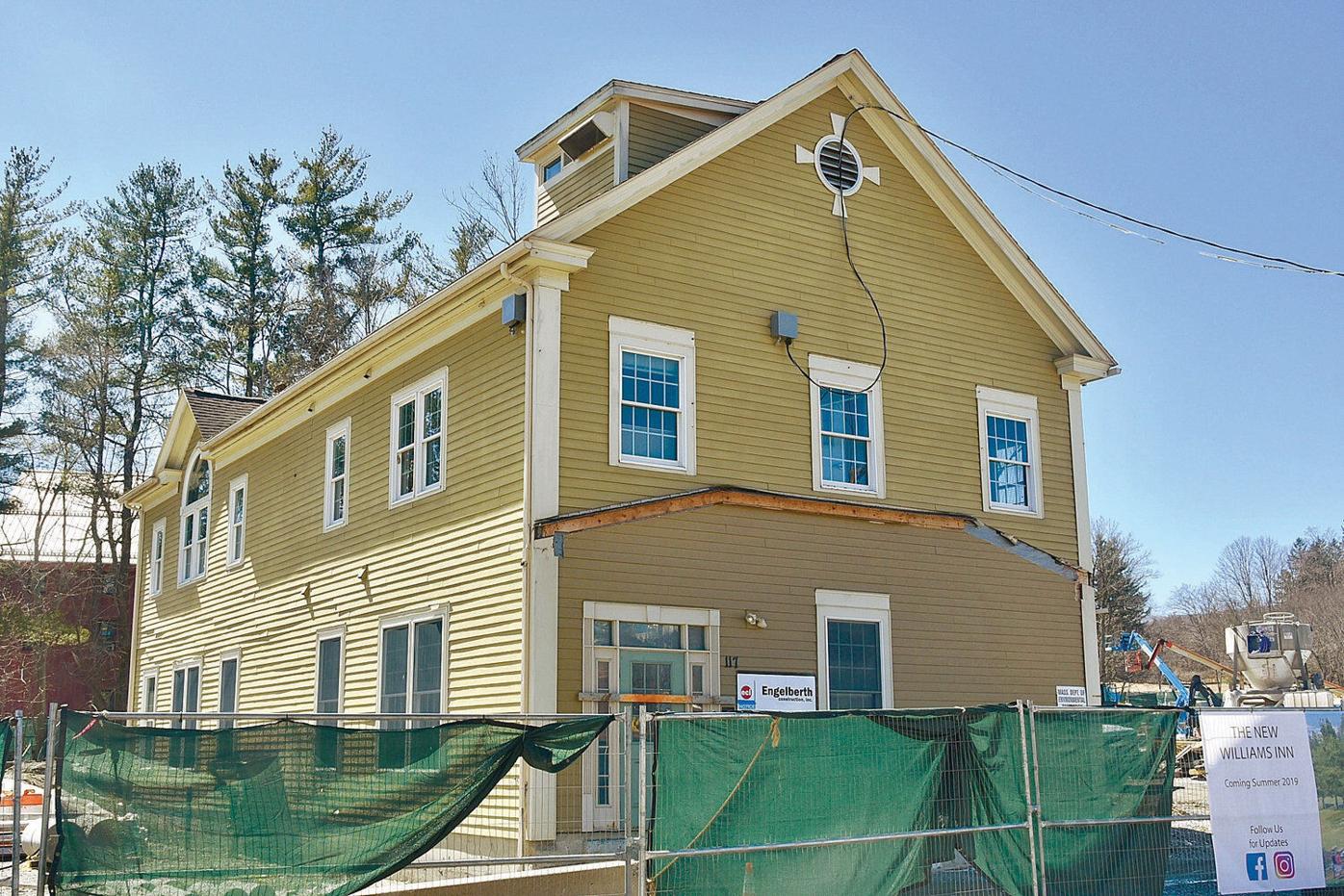 This story has been clarified to delineate the expected completion dates of a pair of Williams College projects.

WILLIAMSTOWN — By the end of April, there will be one fewer building on Spring Street than there is right now.

As part of the final stages of the project to build a new Williams Inn at the bottom of Spring Street, the former American Legion building, which has served as office space for the construction project, will be demolished.

After demolition, that area will be landscaped with the addition of walking paths, benches and a park-like setting, according to college officials.

Williams College owns the new hotel and has hired an independent company to operate the business.

The final stage of the inn project is set to begin April 1 and includes the removal of the former American Legion building, the development of a public green space in its surrounding area, and streetscaping for Spring and Latham streets where the two roads intersect. The Inn will open July 4, and the Spring Street paver project will be complete by early June, weather dependent.

"It's exciting to have reached this point in the process," said Rita Coppola-Wallace, executive director of design and construction. "It's the final push toward the public open house at the new inn scheduled to be part of the community's Fourth of July celebration."

Members of the American Legion Post 152 in Williamstown are OK with the plans.

According to Mike Kennedy, former post commander and former Williamstown police chief, they moved into the structure in the late 1990s, when the college bought their old place on Walden Street to make room for a parking lot. The college built them the new structure, and they remained there until they moved to a smaller place on Water Street in 2014.

Kennedy said the old place had some structural problems.

"It wouldn't even make a good chicken coop," he said with a chuckle.

He said Christmas Brook, which flows behind the building, flooded the basement about twice each year, causing bouts with black mold and damaging old records.

Kennedy said the bar was nice, but the kitchen wasn't used much.

For the inn project, the post sold it back to the college "for a good chunk of change," Kennedy said.

The rest of the work will include repaving portions of both streets, building the driveway to the new inn, constructing new sidewalks and laying patterns of paving stones at the intersection to better control vehicle and pedestrian traffic.

The street work will require traffic diversions. Drivers will be able to continue down Spring Street as far as Walden Street and enter the public parking lot. Latham Street will have two-way traffic between Water Street and the parking lot of the Williams College field house. The roadway between the public lot and field house lot will be closed to nonconstruction traffic.

Throughout the time, all businesses in the area will be accessible, and there will be temporary signs and sidewalks.

"This is projected to be eight weeks of work, so it should be done in early June, assuming no major weather delays," said Senior Project Manager Jason Moran.

The structure is designed in three sections: the main house, bunk house and barn. The main house section includes the main check-in and greeting area on the ground floor with guest rooms above. The bunk house includes event space on the first floor and rooms above. The barn includes the bar/restaurant on the ground floor and guest rooms on floors two and three. The three sections can be distinguished with three different architectural styles and different siding, with red barnwood-style siding for the restaurant. There will be 64 rooms, including four suites on the top floor.

Scenic views are available from any window, and expansive windows are featured in the restaurant and event space. Panoramic views of the Spring Street corridor and much of the Williams College campus grace most of the guest rooms, which are all on the second and third floors. The restaurant/bar will seat 60 and the event space includes a dance floor. There is also outdoor seating for the restaurant.

Outside the event space there is room for a special event tent. Near the hotel entrance will be a footbridge over the creek leading to the restaurant entryway.

With 64 rooms, the new inn will be smaller and look much different. The existing Williams Inn has 125 guest rooms. The new structure will have siding of stone and wood.