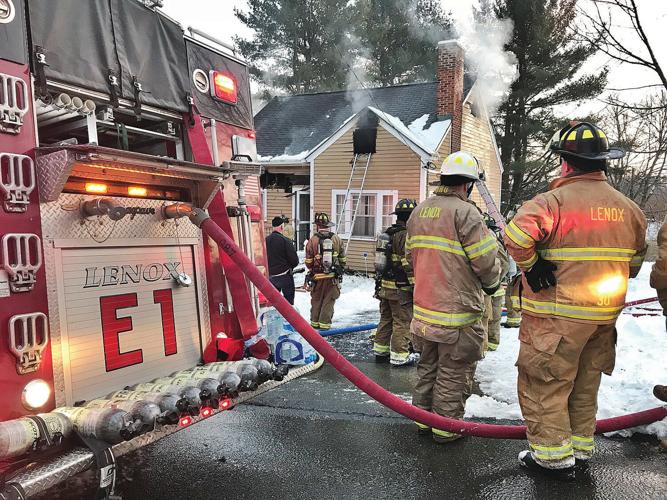 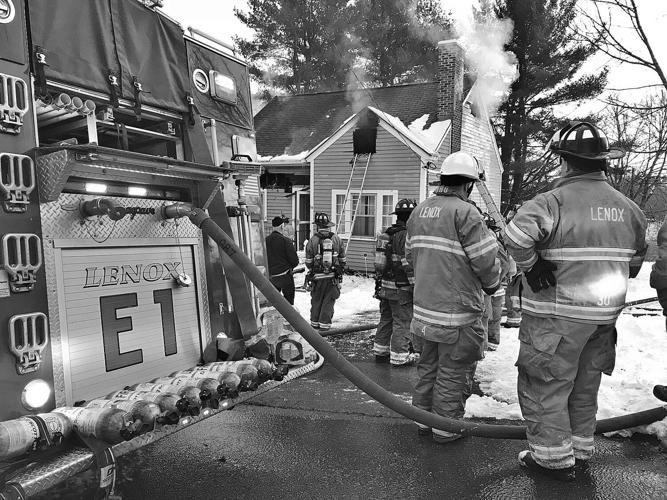 LENOX — The Lenox Fire Deparment and State Fire Marshal's Office are investigating the cause of a blaze that destroyed a single-family home on Tucker Street on Friday afternoon, according to Lenox Fire Chief Dan Clifford.

The home was undergoing renovations, including having a new electrical system installed, according to Clifford. No one had moved into the home yet, he said.

The Stockbridge, Hinsdale, Lee and Richmond fire departments were also called to assist battling the fire, which was located in the home's attic and walls, Clifford said.

The "dollar loss" triggered the response of the state fire marshal, according to Clifford. The most recent assessor's records value the home at $239,000.

Firefighters extinguished the two-alarm fire by 4:35 p.m. but remained on the scene through the night, doing overhaul and making sure that there were no additional sparks inside the walls, according to Clifford.

At 6:35 p.m., firefighters were shoveling debris out the front door and packing up ladders.

Victor Piretti, who lives two doors down from the house, said his grandfather sold the 54 Tucker Street house this month. It was owned by his grandmother, Edna Piretti, before she died.