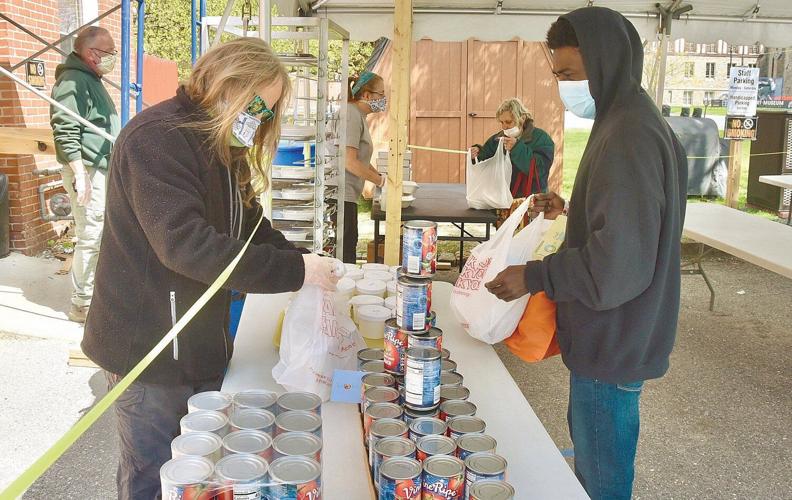 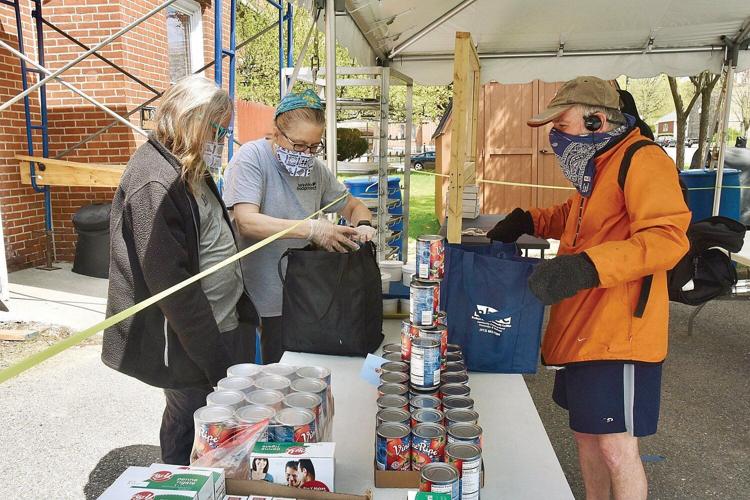 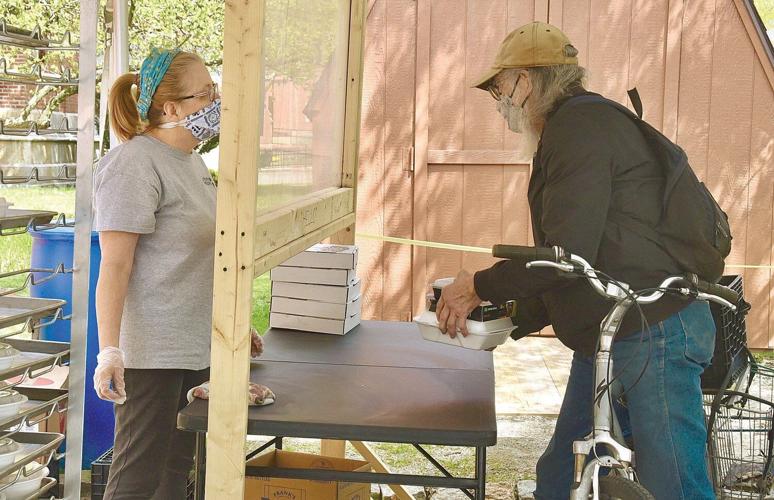 NORTH ADAMS — With a national unemployment rate racing past 15 percent — or about 22.6 million people — one of the most dramatic effects is food insecurity, which is reflected in the increase in demand for free groceries and meals from local food pantries in the northern Berkshires.

Much of that increase comes from people who are suddenly unemployed and have never faced an empty refrigerator before, and are unfamiliar with the landscape of seeking food aid, as well as the accompanying stigma.

But food bank organizers are starting to wonder how much worse it will become and how they will be able to keep up.

"You can just see it on their faces that this is something they've never done before," said Phyllis Babcock, director of the Williamstown Community Bible Church Food Pantry on Bridges Road. "It's like shell shock."

"We're seeing huge numbers for us," said Carol DeMayo, director of the Williamstown Food Pantry at Saints Patrick and Raphael Church on Southworth Street. "We're seeing an upswing in new families and in families we haven't seen in some time. Most have lost their jobs and many have also lost their child care. Some are looking to save food money for prescriptions, and some are wondering how long they'll be able to keep their cars."

DeMayo recalled one client who told her they were down to one can of soup in a family with three kids.

At the Berkshire Food Project in the First Congregational Church in North Adams, where they usually host a free lunch every weekday, now they are handing out free cooked meals and food staples three times a week for folks to eat at home. They can't dine in any longer because of social distancing requirements.

Their output has more than doubled to about 500 meals each day on Monday, Wednesday and Friday, said Kim McMann, director.

"One of the things that's worrying me right now is we're seeing new regulars and old regulars coming out," McMann said. "If that growth continues, we may exceed our capacity. We're not sure how we're going to handle that."

At the Al Nelson Friendship Center Food Pantry, temporarily distributing food staples out of St. Elizabeth of Hungary Parish on Marshall Street every Wednesday, more families are coming by to pick up food. On May 1, the truck brought in an order of 6,397 pounds of food.

"In April, at our new temporary location at the St. Elizabeth Parish Center, we have seen about a 10 percent increase in visits," said Mark Rondeau, president of the board and an employee of New England Newspapers Inc., parent of The Eagle. "In April 2019, we averaged 121 household visits per week. This has increased to an average of 133 visits per week this past April. We saw 394 unique households in April, consisting of 1,046 individuals. We added 97 new households. Of the new households, 24 were from Adams, 68 from North Adams, Clarksburg, Florida, and five others from Williamstown, Savoy and Cheshire."

According to Christina Maxwell, director of programs for The Food Bank of Western Massachusetts, since the pandemic shut everything down, food distribution is up by about 35 percent.

"We're seeing people we've seen before, and we're seeing others who suddenly find themselves in need and they don't know where to go or how to get there," Maxwell said. "They are often nervous or uncomfortable because of the perceived stigma. But once they get their foot in the door, it typically goes well — but some haven't found the food pantries yet."

Aside from providing food supplies to many of the food banks in the area, the Mobile Food Bank of The Food Bank of Western Massachusetts comes regularly to Adams and North Adams. On the second and fourth Tuesday of each month, it comes to the Adams Council On Aging, 3 Hoosac St. in Adams, from 10 to 11 a.m. On the first and third Friday of each month, it comes to the North Adams American Legion, 91 American Legion Drive, from 10 to 11 a.m. At these sites, people can come by and pick up prepackaged boxes of food.

Weekends are a special challenge though, especially for those who are homebound because of quarantine or medical conditions. If someone has no way to access any other food sources, the Northern Berkshire Community Coalition is using the Berkshire County COVID-19 Emergency Response Fund to coordinate a weekend meal delivery service through local restaurants.

According to Amber Besaw, executive director of the coalition, they have been operating the meal program for six weeks. Anyone can call in and seek a meal or meals, but first they will be asked about their situation. If they have a need but can access food on the weekend, they will be directed to other sources at food pantries. If not, they can submit an order, and it will be delivered to their door every Saturday.

"The pantries are all open during the week, so we thought there might be a weekend gap there, especially for seniors," Besaw said.

So far, they are serving about 58 households each weekend, or about 102 adult meals and four child meals, she said. Most of the adults are senior citizens.

The funding comes in the form of two COVID-19 Emergency Fund grants from the Taconic Foundation, the Northern Berkshire United Way and the Williamstown Community Chest. The grants totaled $25,000 and should pay for the operation into early June.

Besaw said they give the meal orders to local restaurants and pay them $10 per meal. The restaurants preparing these meals are Grazie, Freight Yard Pub, Spice Root, Pera Bistro, Berkshire Palate and AJ's Trailside Pub. The drivers are paid $3 to deliver a meal in town, or $5 per trip to deliver meals out of town.

She noted that an added benefit is that the drivers can do a welfare check on their clients when they deliver the food, to make sure they are safe and in good health.

"That is an unintended benefit — another opportunity to help," Besaw said.