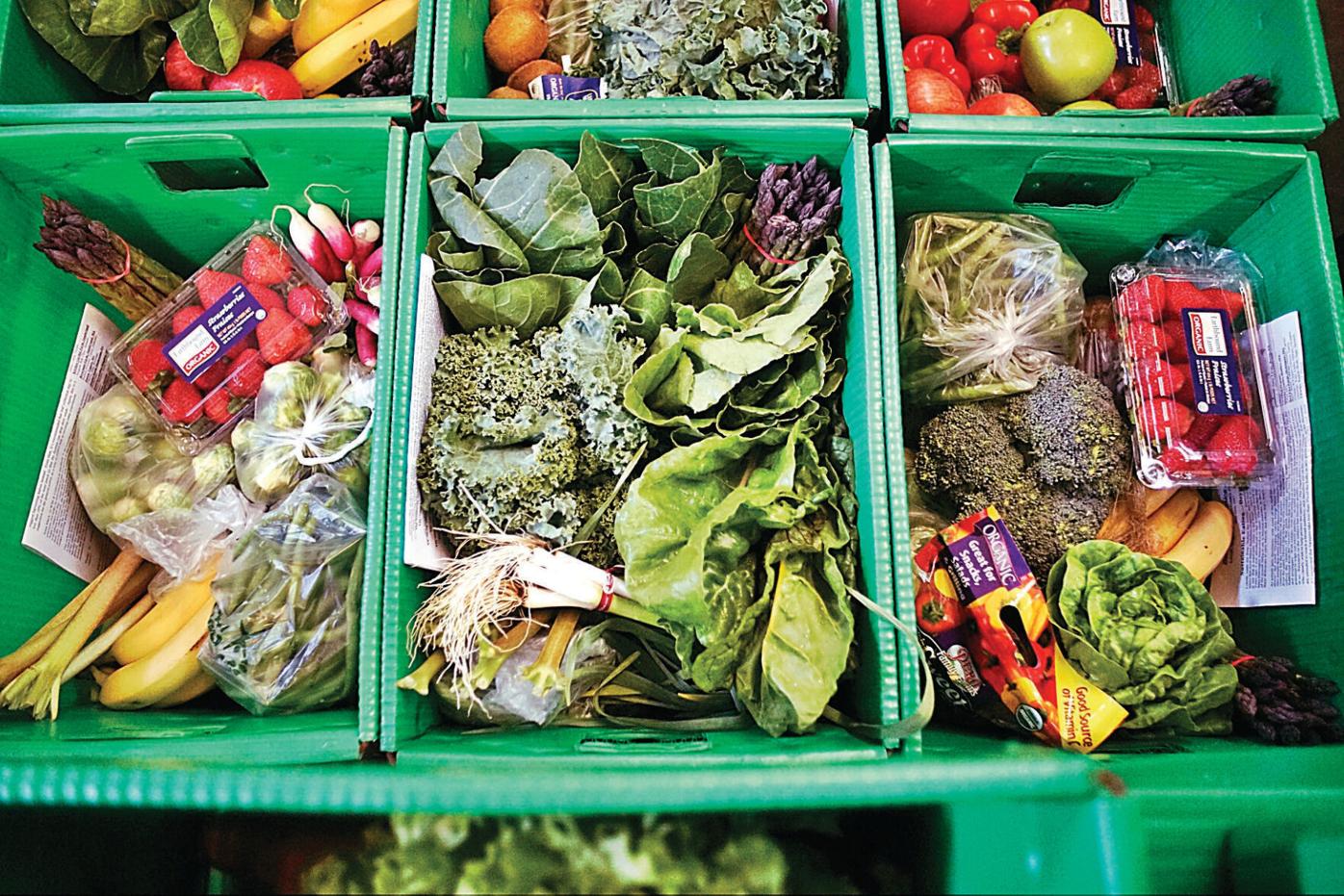 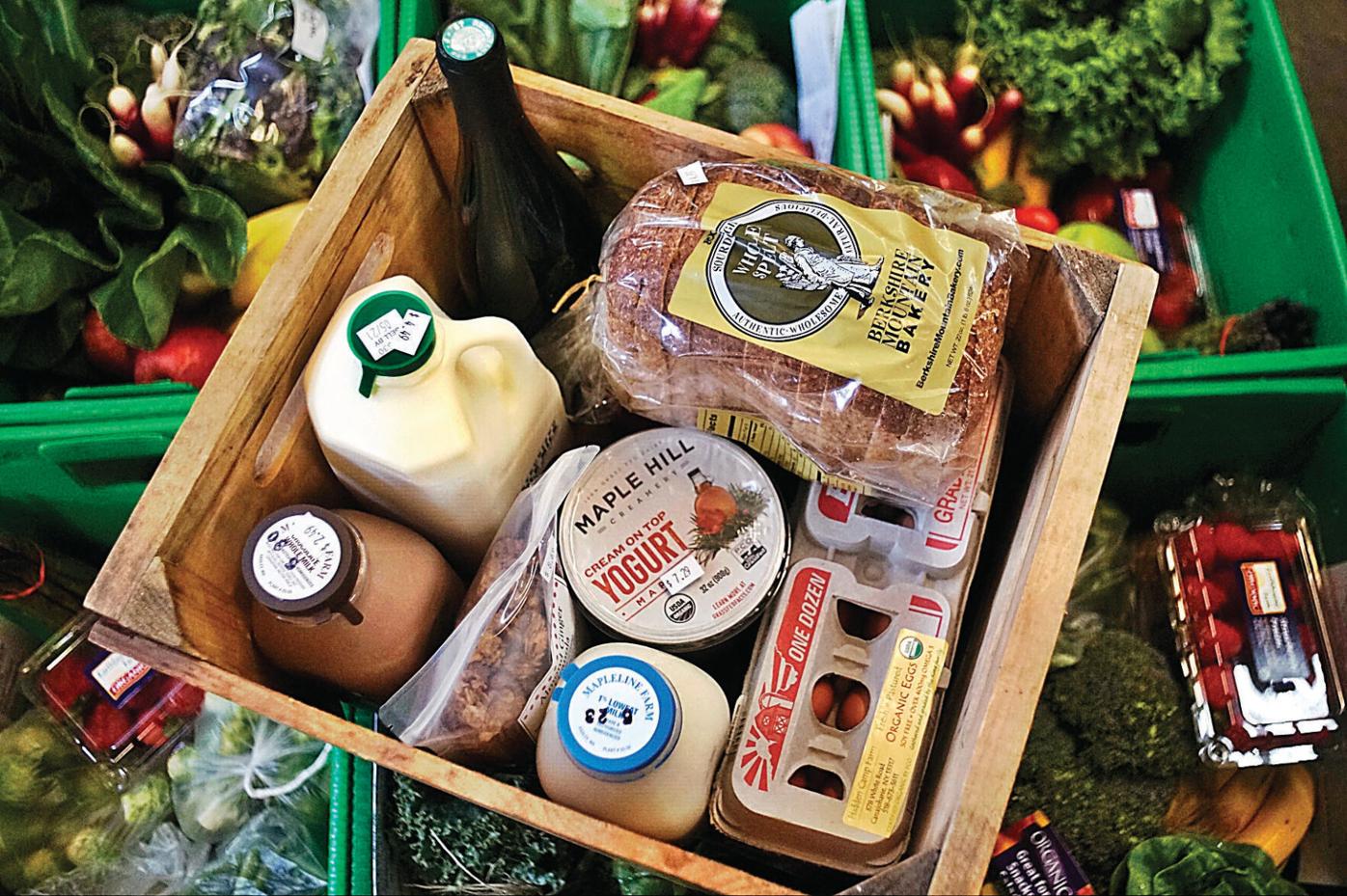 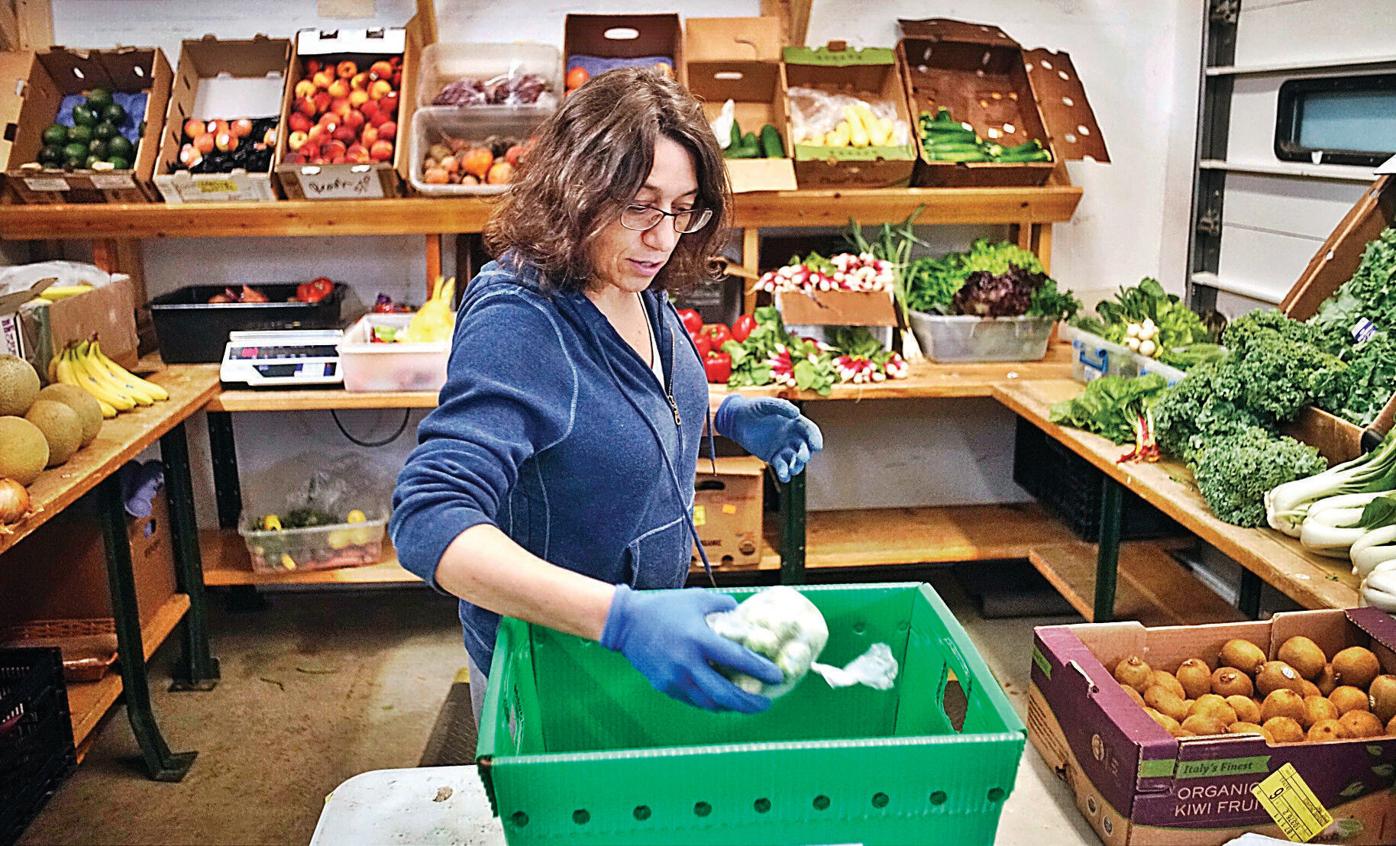 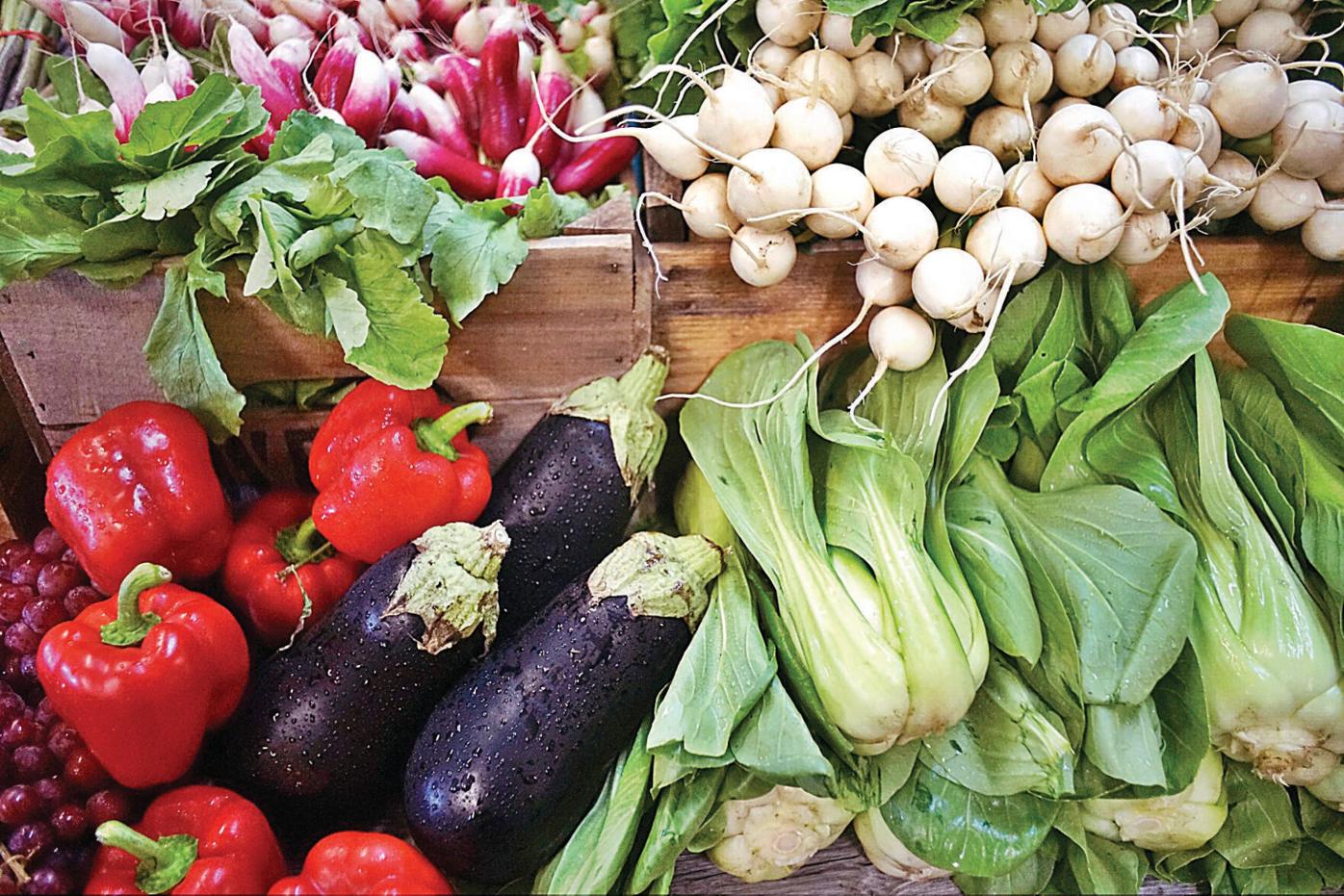 Fresh produce will be packed into custom orders at Berkshire Organics in Dalton. Customers can even odrer their produce or gorceries online to be picked up at the store on Division Street.

Fresh produce will be packed into custom orders at Berkshire Organics in Dalton. Customers can even odrer their produce or gorceries online to be picked up at the store on Division Street.

Meal kits — offered by companies like HelloFresh and Blue Apron — have taken the food industry on a wild ride in recent years, and time-strapped families have fully embraced the option. They're on the high end of affordable, roughly $10 per meal, but are healthier than the classic large pizza or bucket of chicken for a family on-the-go.

You've seen the ads, and maybe you've even made the meals. They come pre-packaged, each ingredient perfectly portioned, so even the least culinary-inclined can put together a healthy, substantive dinner. But some local businesses have concerns about packaging, and the business model's influence over smaller food producers and providers like those in the Berkshires and Southern Vermont.

Sherry Wein of North Adams has ordered around 40 meals through Blue Apron, choosing the company's Friday/Saturday/Sunday option. "We love it, and I didn't really expect to," she said, after getting a free trial through a friend. "Three meals came, and they were really good, and they were fun to make, and there were no leftovers, but it was just big enough so you felt full," she said.

Keith Nogueira of North Adams used the meal kit service HelloFresh for two years with a former partner. Seeking to maximize time in their busy schedules, they opted for three meals delivered per week (all in one box), and were able to choose from the service's weekly menu. "It's expensive, but the time you save preparing the meals, I think, is worth the money," he said.

Nogueira said he also liked the fact the kits had just enough to make the meals he chose, and not more. "You didn't have to go out and buy big bottles or big packages of all the little things you needed to create these recipes," he said. "There was no waste. You didn't have to go grocery shopping, and you could pick what you wanted online within what they had for the week."

Wein echoes the "no waste" idea. A regular cook who shops at the local farmers market when possible and at area grocery stores, she said she appreciated being sent only enough to make one meal, instead of buying whole bottles of new ingredients in order to try a new recipe. "Think of all the things you throw out way back in your fridge," she said.

The convenience, too, is appreciated. "It's nice to have three days where you do not have to think about (what to make for dinner)," Wein said.

Global competition in a local market

The meal kit delivery market will hit $1.5 billion in sales this year and will continue to grow to a multi-billion-dollar market over the next several years, according to a 1010data report. The same report states that meal kit industry sales have grown over 500 percent since 2014.

Some local food producers and services are feeling the impact of meal kit services — and have some concerns about sustainability.

"Our numbers did dip for delivery service this winter, and I think there's more competition everywhere," said Aleisha Gibbons, owner of Berkshire Organics, a food delivery service based in Dalton.

Though Berkshire Organics does some outside sourcing (an all-local basket is a tall order in the frigid New England winter), its focus is on a low-waste, mostly local, organic assortment. Recipe suggestions are included, but the service is in no way a top-to-bottom kit. "The point of our produce baskets is to get people to use what's local, what's in season, what the farmers have an abundance of," said Gibbons.

It can also be hard to tell where the food in a national-company meal kit comes from. Blue Apron, for example, says on its website that it works with 150 farms, but does not provide a list. Blue Apron and HelloFresh did not respond to requests for comment for this story.

"You really have to be paying attention to get what you want," Gibbons said. "A lot of (meal kit companies), the food is sourced from all over the place. If someone's trying to be conscientious and try and support their local economy ... doing those meal kit services is not the answer."

Don Zasada of Caretaker Farm in Williamstown says the clientele for his community supported agriculture program is decidedly different from families that might choose a meal kit. "It's a totally different mindset," he said. "There's no way we can compete convenience-wise ... but that's not our mission. Our mission is to connect people to the land that grows their produce."

Caretaker CSA members pick up their produce weekly at the farm on Route 43, just near the Williamstown-Hancock line. Zasada says he passes no judgement on meal kits and understands that a CSA may not be right for every family.

"I think a big reason people leave CSAs is they feel they're getting too much, or they're not getting exactly what they want, and they have to figure out how to use it, which is a great challenge for some people," he said. A pre-packaged kit might seem like a simple solution.

Gibbons, who's in close contact with owners of similar businesses, points out that meal kit services encompass a lot of waste that, even at its most recyclable, can be a headache for consumers to parse out. She points to an article written by a colleague from South Shore Organics, a similar food delivery service, that outlines waste in a Blue Apron package — a single stalk of celery is delivered in a plastic bag; each spice and sauce is portioned, by teaspoon or tablespoon, into a plastic bag; tinfoil and paper cover each food product. The whole thing comes in a cooler; Berkshire Organics delivers its items in a basket that's packed locally at the company's headquarters. That plastic — and the fuel it takes to deliver those meal kits, and the items that comprise them — is worth some consideration, she said.

"There's a give and take with it," Gibbons said. She concedes that not everyone loves cooking — and that not everyone's schedule allows for extensive meal planning, but "have we gotten to the point where people can't chop up their own vegetables anymore?"