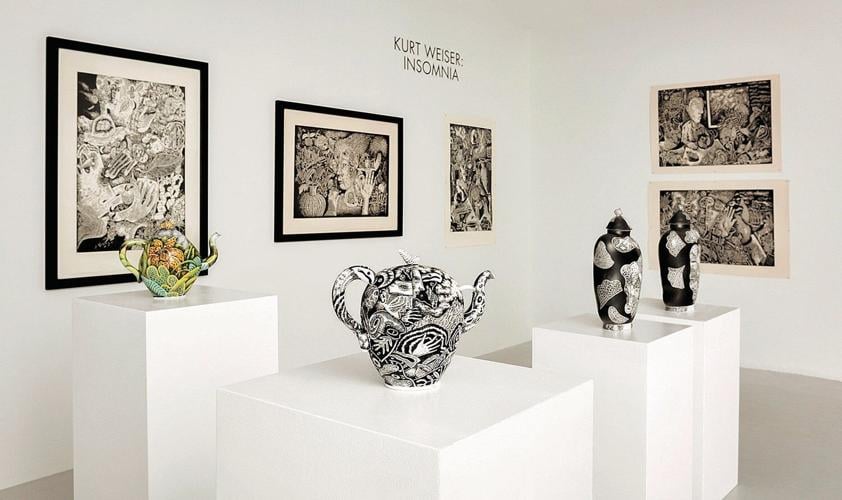 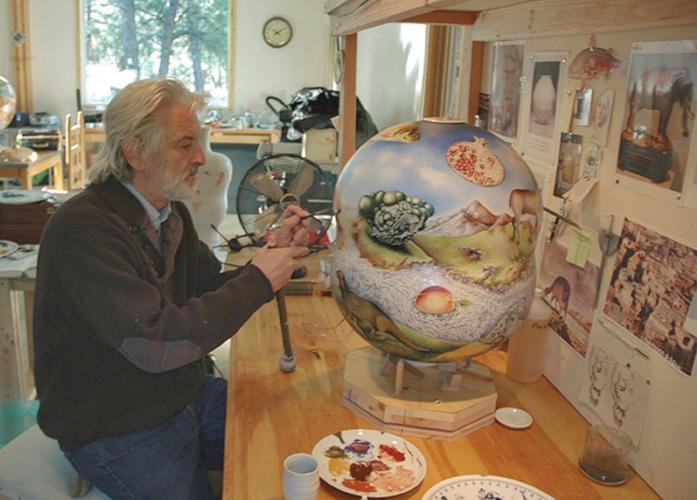 Artist Kurt Weiser works on one of his ceramic globes. His show, "Insomnia," is currently on view at Ferrin Contemporary in North Adams. 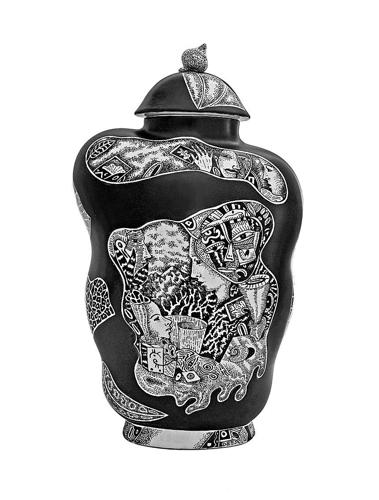 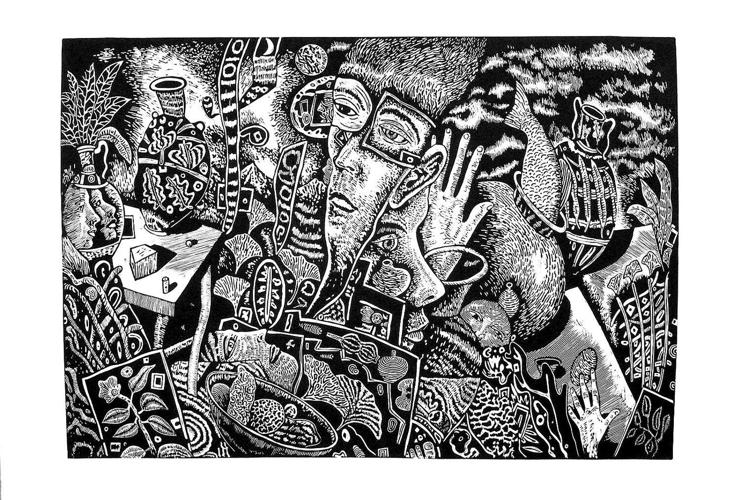 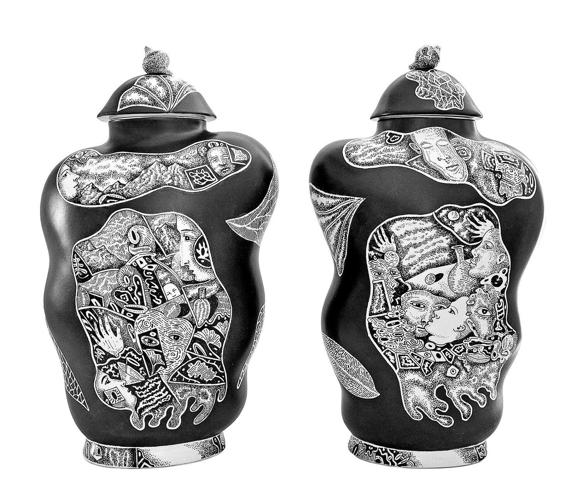 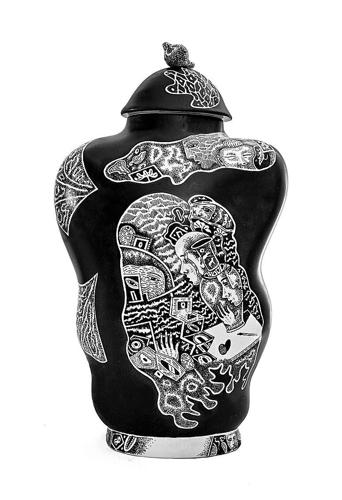 Artist Kurt Weiser works on one of his ceramic globes. His show, "Insomnia," is currently on view at Ferrin Contemporary in North Adams.

NORTH ADAMS — Kurt Weiser is no stranger to insomnia.

He's also not one to complain about sleepless nights, as that is when he's most productive.

"It's hard to sleep when there's too much to think about. It's easy to stay awake and work," Weiser said during a recent phone interview with The Eagle.

Naming his latest exhibition, "Insomnia," now on view at Ferrin Contemporary, only seemed fitting to the ceramicist, who spent the last 30 years filling sketchbooks with the black and white drawings that appear on the porcelain vessels and accompanying linoleum-cut prints in the show.

"I'm always drawing. The best work always comes when you're supposed to be paying attention to something else," he said.

"While most visual artists use drawing in their practice as a road map to a finished work, Kurt compulsively draws as part of his daily and often nightly life," gallery owner Leslie Ferrin said in a statement on the show. "His process of filling sketchbooks populated with repeating characters, expressions, objects and non-specific, organic forms provides an outlet for images and ideas that flood his mind. Through this practice, he perfects compositions that are later drawn upon for highly-detailed, colorful china paintings on porcelain."

The desire to create works directly from his sketchbooks has allowed Weiser to return his roots.

"I started out years ago in black and white," he said, referring to his use of the technique "sgraffito" at the beginning of his career. Sgraffito involves applying color to a piece and then scratching part of the layer off to reveal the color beneath — similar to his work with linoleum.

"Every white mark you see in the linoleum-cut prints has been chiseled off," Weiser said.

Before work on the linoleum can even begin, Weiser must select the drawings he wants to transform into prints and transfer them to a USB drive before taking them to a sign printer. There, the work is transferred onto linoleum slabs, which he then cuts and chisels. The linoleum slabs, when complete, are used to make prints.

"I've always liked the printed black against white. It's so dark and beautiful," he said. "I grew up with black and white TV. Now, that's reality."

In the North Adams gallery, Weiser has paired his prints with several of his black-and-white porcelain vessels and one of his brightly colored tea pots.

And while the artist has visually filled every nook and cranny of the space on either material — porcelain or linoleum — he says the interpretation of what he's presenting is up to the viewer.

"It's not a sermon. I'm not trying to say anything in particular," he said. "I don't know if I see things the way other people see things. Who's to say?"

A new show at Ferrin Contemporary, in North Adams, and the Heller Gallery, in New York City, explores the "Melting Point," both literally and metaphorically, with glass and ceramic works.