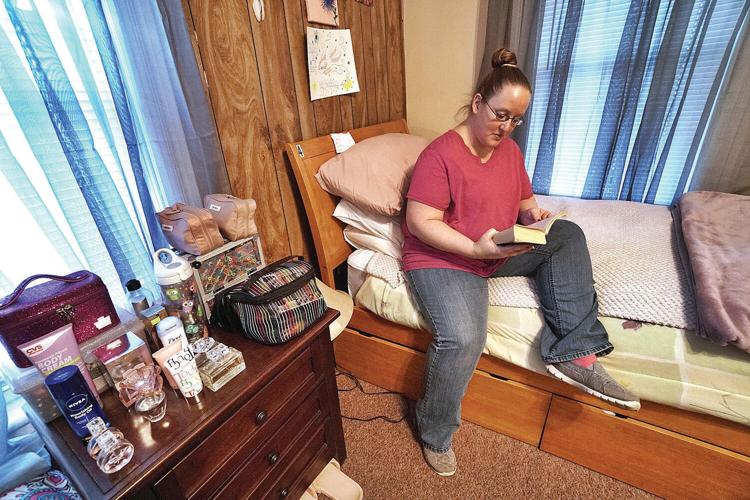 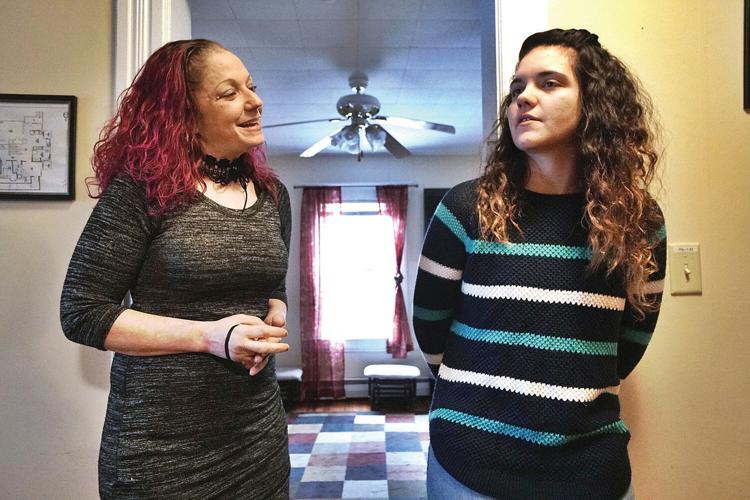 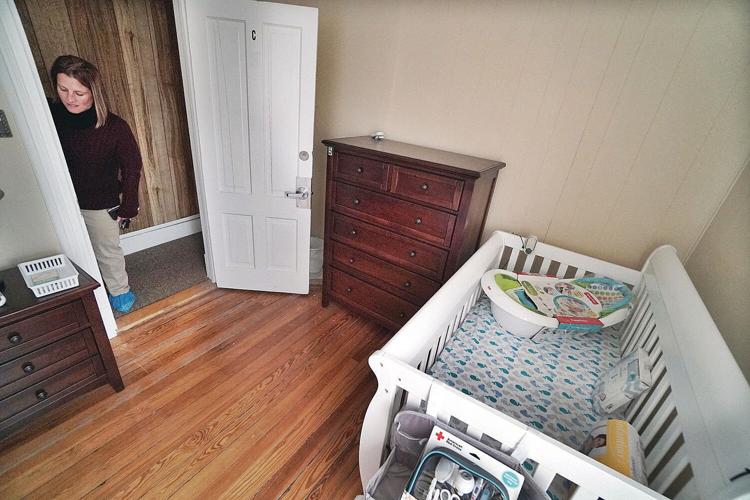 The only space left at the Keenan house for Women is one with a single bed and nursury for a resident balancing pregnancy with recovery. The Brien Center has opened The Keenan House for Women in Pittsfield to expand recovery options and capacity for people who are moving past addiction issues, Monday, January 29, 2018.

The only space left at the Keenan house for Women is one with a single bed and nursury for a resident balancing pregnancy with recovery. The Brien Center has opened The Keenan House for Women in Pittsfield to expand recovery options and capacity for people who are moving past addiction issues, Monday, January 29, 2018.

PITTSFIELD — A big part of addiction recovery is learning how to look out for each other.

Gabrielle Nardacci and Fallon DiPietro, two residents of the newly opened Keenan House for Women on Seymour Street, said the bond between them will contribute to their success in recovery. These types of bonds are easier to foster in an all-female residential program, they said.

"We grew from the beginning together," said DiPietro, of Pittsfield. "That's definitely a connection I'll have for life."

Previously, women seeking residential services through the Brien Center were allocated space in the Keenan House for Men on Bradford Street. Women interviewed at the new center on Monday said the new program is much more suited to women's needs.

"Being here makes it way easier opening up," Nardacci said.

The new Brien Center program, supported by $600,000 a year in state funds from Gov. Charlie Baker's office, is also equipped to take in pregnant women and women with infants up to 1 year in age. The 17-bed program comes after detox, which happens at Berkshire Medical Center or another regional hospital. Grants from the state's Bureau of Substance Addiction Services and the Massachusetts Behavioral Health Partnership cover room and board and clinical services, respectively, so that clients can participate in the program at no personal cost.

Berkshire Health Systems owns the building and is leasing it to the Brien Center.

The new center opened in late November, and all its beds are already taken. About two dozen dignitaries and social service agents who packed the center's open house on Monday applauded the additional beds, but said it makes only a small dent in the need — the waiting list for Keenan House can be as long as five weeks out, they said.

"It's a great day for the Berkshires," said state Rep. Smitty Pignatelli, D-Lenox. "But we can't stop here."

The National Survey on Drug Use and Health reports about 10 percent of the Massachusetts population meet criteria for substance use disorder. State statistics show Berkshire County lost 37 people in 2016 to opioid overdoses, ranking the highest in per capita opioid overdose deaths in Western Massachusetts.

"It takes a tremendous amount of courage for women in early recovery to rebuild their lives," said Brien Center's president and CEO Christine Macbeth, motioning to some of the women in the program's rooms. "That's really why we're here. Because of those women."

Addressing the epidemic at the front end rather than the back end is not only more cost effective, said Brien Center's Medical Director Jennifer Michaels, but also "we're saving lives."

Without post-detox programs, people who seek detoxification services are actually at a higher risk for overdose, Michaels said, because tolerance decreases after detoxification. And five days, the typical detox period, is not enough time to cure an illness.

"There should be no waitlists," Michaels said. "Every loophole is an opportunity to fail."

At Keenan House, women work together to make grocery lists and teach each other the skills they come through the door with. There is no duration of stay, but rather the women set their own goals and graduate once they've completed them.

Jamie Sondrini, a current resident of the program, said she just celebrated a year of sobriety and looks forward to returning to her work as a CNA. She said Keenan House has been invaluable to her.

"It has inspired something inside of me that I didn't think I had," she said. "Hope."

Reach Amanda Drane at adrane@berkshireeagle.com, @amandadrane on Twitter or at 413-496-6296.