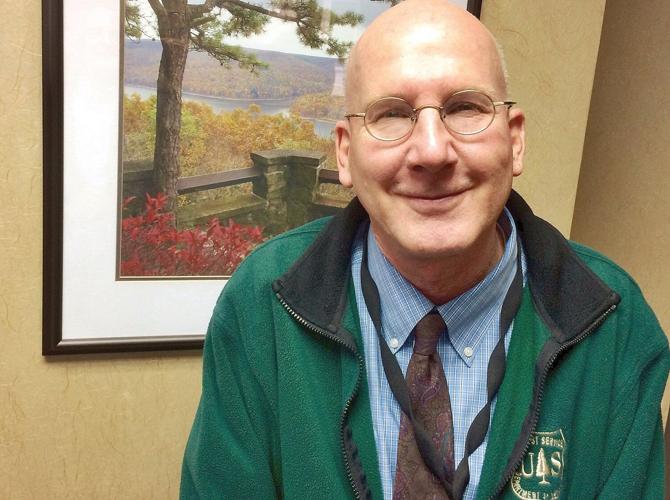 Robert Lueckel, the forester in charge of the 20-state Forest Service region that includes Massachusetts, says an agreement to be signed Thursday in the Berkshires provides a model for his agency's work with states that do not have national forests. 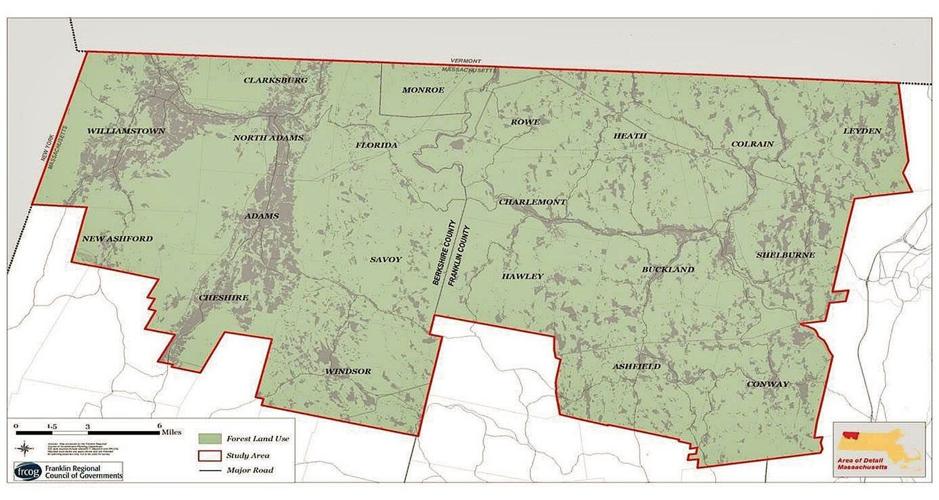 Robert Lueckel, the forester in charge of the 20-state Forest Service region that includes Massachusetts, says an agreement to be signed Thursday in the Berkshires provides a model for his agency's work with states that do not have national forests.

Though Massachusetts has no national forest, the federal agency plants its flag here Thursday.

In an agreement to be signed at the Berkshire East ski area in Charlemont, the chief of the U.S. Forest Service will pledge to further goals of the new Mohawk Trail Woodlands Partnership. The Legislature created that quasi-public group last year, both to conserve and to tap forest resources on 361,000 acres in the state's northwest corner, including up to 10 towns in Berkshire County.

The law took shape over the objections of some who questioned whether promises of forest conservation and protection would be met. The bill's final language removed many references to biomass.

Still, some activists see the partnership as a stalking horse for timber harvests that could degrade natural places, and run counter to goals of sequestering and storing carbon dioxide, a greenhouse gas.

The two officials who will sign the agreement Thursday see benefits in working together.

For Kathleen A. Theoharides, secretary of the Executive Office of Energy and Environmental Affairs, the "shared stewardship" takes advantage of Forest Service know-how.

"We think this is a really unique partnership and an innovative model for private forest conservation and management," she said in a phone interview.

Theoharides will join with Vicki Christiansen, chief of the Forest Service, to sign the agreement at 1 p.m. at the ski area. In a statement provided by her office, Christiansen said the public is served when state and federal agencies form "strong working relationships."

For Robert Lueckel, the top forester in the service's 20-state Eastern region, the agreement backs up his agency's interest in encouraging forest management in places where private landowners control a significant portion of the woods, which is typical in the East.

"This catalyzes the Forest Service to really engage," he said. "We have no decision authority in this at all. We're trying to get a relationship going and providing some tangible support."

Lueckel, a Forest Service veteran, decided that a deeper relationship with the state could serve as a model for projects in the half-dozen states that do not have national forests.

"This commits us to really focusing on that," Lueckel said in an interview in his Milwaukee office. "The Forest Service has been intrigued with Massachusetts and this Northwest Massachusetts area, with what you are trying to do there. We're not driving it, we're a partner."

The agreement to be signed also makes up for the fact that the 2018 law says federal legislation must authorize Forest Service involvement. Until such a law is passed, the agency cannot take a seat on an executive committee.

Also missing, so far, is the level of funding anticipated for the project. While Theoharides has authorized $20,000 grants to participating towns, the partnership has no steady funding to pursue its goals.

The Berkshire County towns of Adams, Cheshire, New Ashford, Peru, Williamstown and Windsor and the city of North Adams have joined the partnership. Clarksburg, Florida and Savoy opted not to participate.

For some environmentalists, the partnership's debut this year renews concerns about use of the region's forests to obtain fuels for biomass plants.

Janet Sinclair, of Buckland, a former alternate delegate to the partnership's organizing committee, questions whether it is in the public interest to have the Forest Service play a role in the region's woodlands.

Sinclair said a Berkshire lawmaker once asked her, "`Do you want the U.S. Forest Service involved in land decisions in Massachusetts under the Trump administration?' That is the question."

"So, why would you want the U.S. Forest Service to have any influence at all in what goes on here in Massachusetts? That's the question of the day," Sinclair said. "I don't think there is anything to celebrate here. I think there is a reason to be worried."

Michael Kellett, executive director of the nonprofit group Restore: The North Woods, said that while the partnership's founding law bars use of public money to create a biomass fuels facility, the group could still advocate for that as a way to, as he put it, "prime the pump to get a private company to do that."

Kellett questions whether the partnership will meet its goal of creating "sustainable natural resource-based economic development," at least in the form of forest products.

"It's really a fool's errand to try and create a major forest industry in Massachusetts," he said. "That time has passed. Their fantasy is that by lumping together [private] landowners there will be a whole renaissance of the forest industry."

Chris Egan, executive director of the Massachusetts Forest Alliance, a trade group, said such opposition is unwarranted and that the partnership seeks to promote tourism and help hard-pressed rural towns. The per-capita income in the partnership's 21-town region is $27,728, 22 percent lower than the state average, according to figures included in the stewardship agreement.

"This is about economic opportunity in towns that have been facing challenges," Egan said. "Any time we can work together with others for rural development, that's a good thing."

Egan said that the idea of creating a biomass pellet or chip plant has been "off the table for a long time." He said the partnership will help private landowners create forest-management plans, if they choose to do so, "as well as earning money from wood products."

On the question of biomass, Lueckel said it will be up to the partnership board to set its agenda. He acknowledged that it might prove difficult to jump-start a wood products industry in the region, given the high number of privately owned parcels.

"The idea, then, is can we incentivize the biofuels side of it?" he said. "To me, the question will be whether the partnership wants to nurture that, given all the private land ownership."

Theoharides said she believes the partnership will help people make ends meet while protecting a forest landscape. She said the Forest Service brings a lot to the table, given its portfolio of public lands.

"There are such ecologically valuable forests out in this part of the state ... [and] really understanding the forest dynamics and best management practices going into the future is critical," Theoharides said.

She said she believes goals of carbon reduction and cutting trees can coexist. "I believe there's a need, if we want to keep forests in the western part of the state, to be able to use them for economic value as well. Forests are the ultimate renewable resource if managed correctly, and that's our goal."

As with the state, the Forest Service has not allocated operating money for the partnership, despite earlier grants, and federal legislation still is needed to enable it to take a seat on the group's new board.

"We're all caught here in how do we find resources?" he said. "The power of collaboration is that maybe you can find a way."

A series of grants announced Wednesday will fund a number of local nature-based projects, including a new trail in New Ashford, more money for the Greylock Glen project in Adams, design money for an “Adventure Trail” in North Adams and tree plantings at the Town Common in Williamstown.