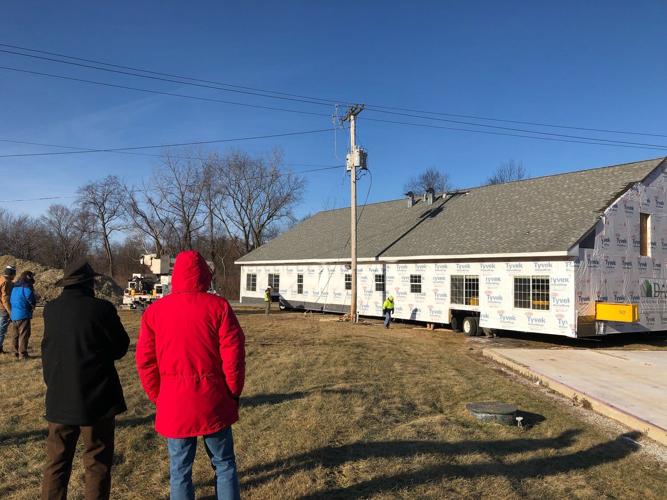 The former Northern Berkshire Family Medicine building is moved to the Harriman and West Airport on Thursday. 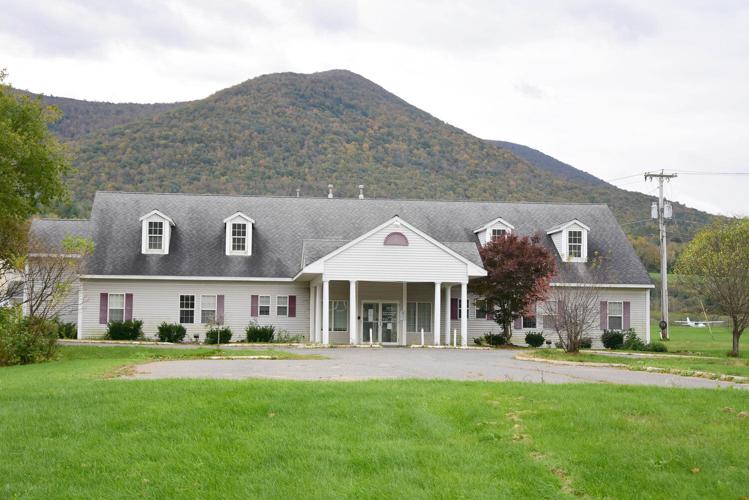 Work on the former Northern Berkshire Family Medicine building near the Harriman and West Airport will begin later this month as it is moved closer to the airport and utilized as an administrative building for the airport Wednesday.

The former Northern Berkshire Family Medicine building is moved to the Harriman and West Airport on Thursday.

Work on the former Northern Berkshire Family Medicine building near the Harriman and West Airport will begin later this month as it is moved closer to the airport and utilized as an administrative building for the airport Wednesday.

NORTH ADAMS — To those driving on State Road on Thursday morning: Rest assured, your eyes do not deceive you.

Yes, that is a 1,600-square-foot building shimmying onto the Harriman-and-West Airport.

The former Doctors Building on State Road will be hoisted by construction crews on Thursday and moved 150 yards deeper onto the grounds of airport, where it will be renovated and transformed into a new administration building.

The move will begin at 9 a.m. and will not require that any nearby roads will be closed. It will cause minor disruptions to electricity service for some airport businesses, but the airport will remain open to air traffic throughout the process.

The process is expected to take about an hour to 90 minutes, according to city officials.

Once renovated, the 6,800-square-foot building will house public restrooms, classroom, a restaurant, and offices for airport management personnel.

Not only will the building's amenities address the needs aired by the airport community in the last year, the restaurant will bring a whole new feature to the airport, Mayor Thomas Bernard noted.

"Having something that adds an amenity to the airport makes it a destination in a community for visitors," Bernard said.

If the project stays on schedule, the building will be complete later this spring.

"It has taken a lot of time and hard work to get to this point, but the long-awaited final piece of the airport administration building project is set to be put in place this week," Airport Commission Chairman Jeffrey Naughton said in a statement.

Berkshire Health Systems donated the building to the city, which already owns the land it sits on.

"I'm grateful to Berkshire Health Systems for their donation of the building ... as well as to our project partners including Stantec Consulting Services, DA Sullivan & Sons contractors, and Wolfe Movers, which has experience and expertise with building moves of this type," Bernard said.

The project — including the move of the Doctors Building — was awarded to contractor D.A. Sullivan & Sons, who submitted a $3.6 million bid last year. Though the bids came in much higher than the estimated $2.1 million, the winner was still below the $4 million officials originally projected if the administration building were to have been built from scratch.

The new building is funded almost entirely through a grant awarded by the Massachusetts Department of Transportation's Aeronautics Division, which requires a 5 percent match.

Exactly how the city provide those matching funds remain to be seen. Harry Patten, owner of airport tenant Turboprop East, had originally pledged to cover the city's match, but withdrew that pledge when the Airport Commission authorized controversial businessman — and convicted rapist — Alex Kelly to operate at Harriman-and-West. He has since vacated the space.

If Patten does not change his mind, the city will be on the hook for 5 percent of the project costs.

"Nothing has changed, but we continue to have conversations," Bernard said.