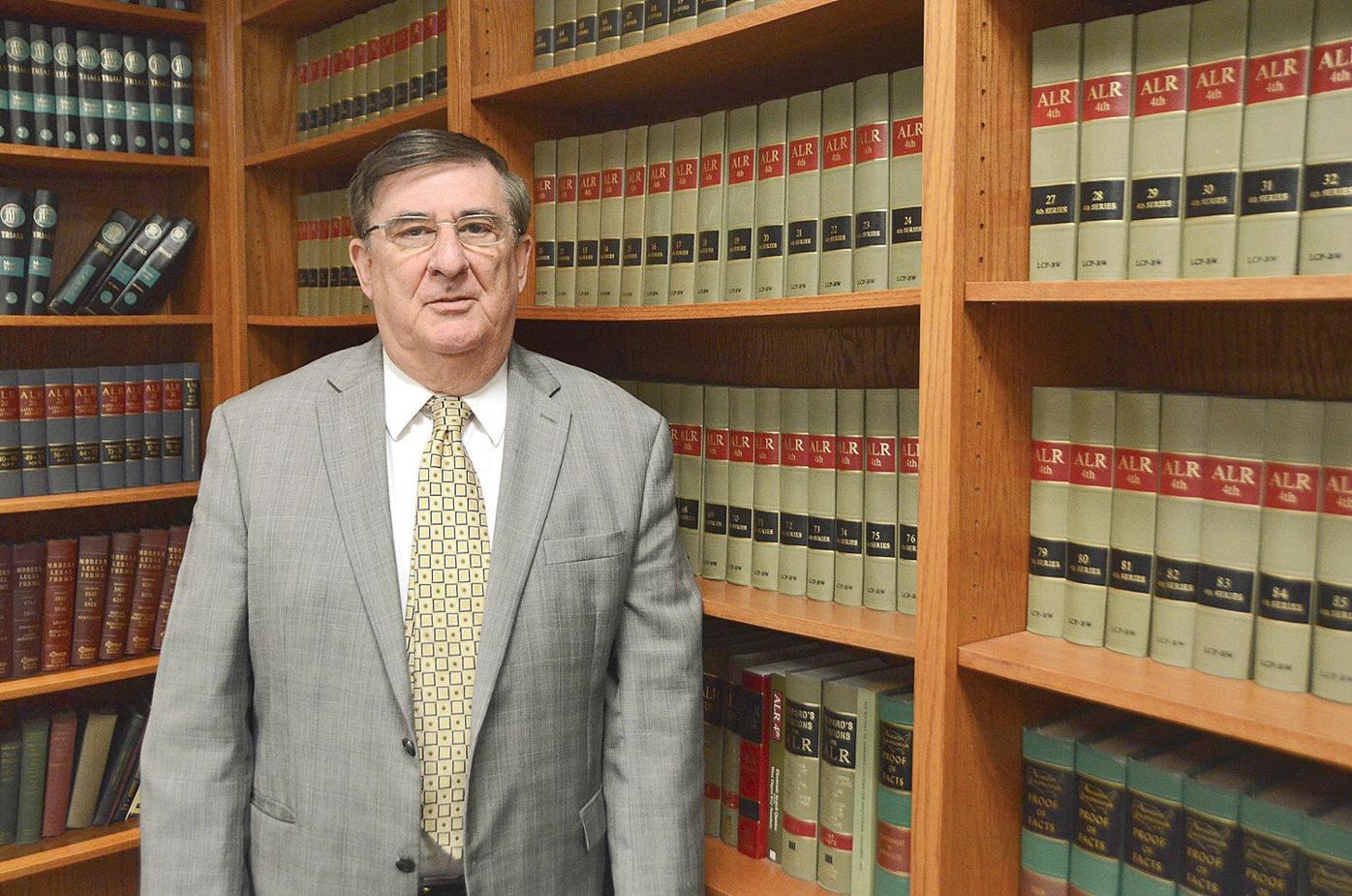 Attorney John DeRosa, former North Adams city solicitor, has agreed to pay a $7,500 settlement with the State Ethics Commission over conflicts of interest. 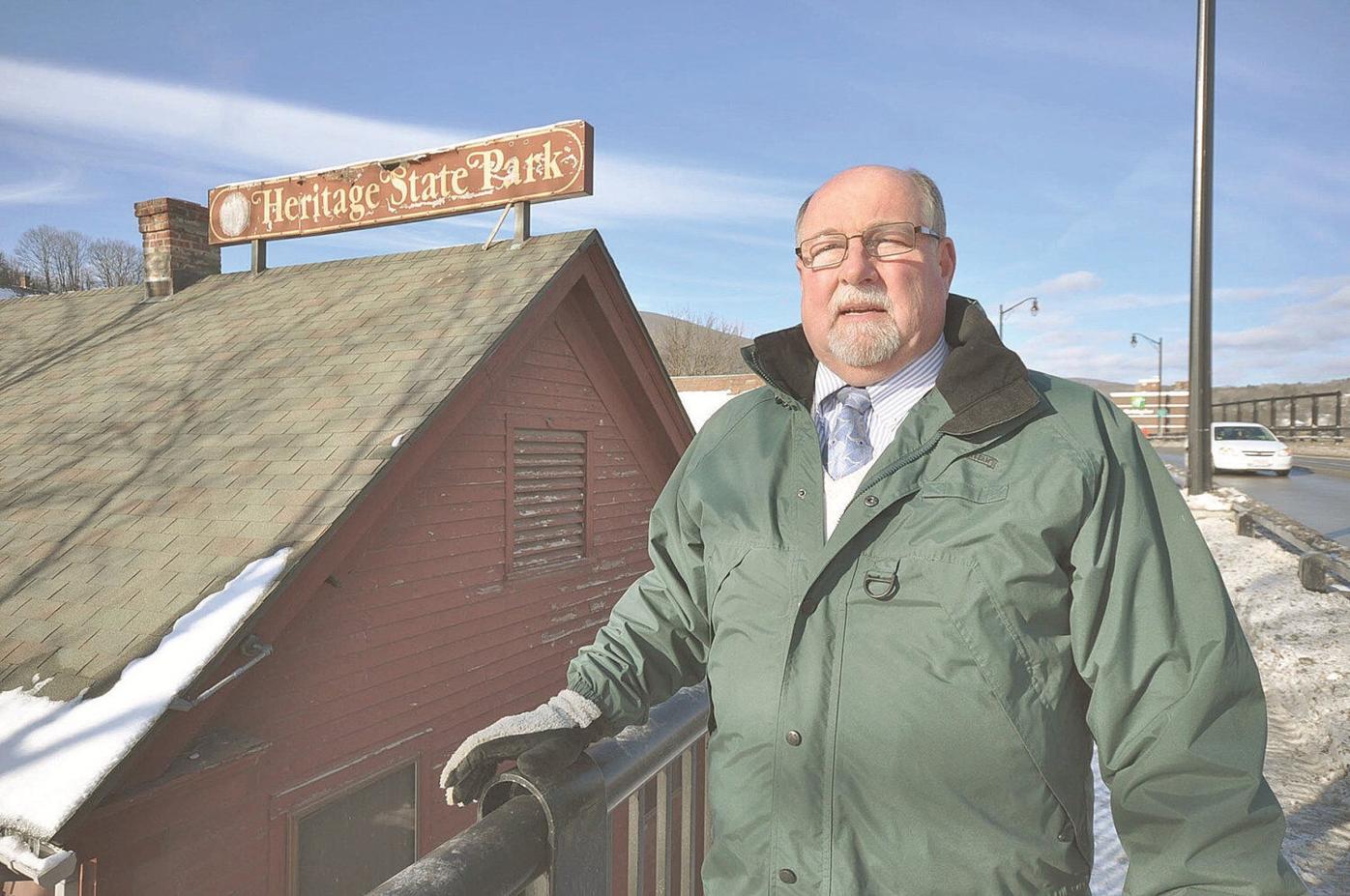 Then-Mayor Richard Alcombright talks about Western Gateway Heritage State Park in North Adams, from above the buildings on the Hadley Overpass in 2015.

Attorney John DeRosa, former North Adams city solicitor, has agreed to pay a $7,500 settlement with the State Ethics Commission over conflicts of interest.

Then-Mayor Richard Alcombright talks about Western Gateway Heritage State Park in North Adams, from above the buildings on the Hadley Overpass in 2015.

NORTH ADAMS — The former city solicitor will pay a $7,500 fine after admitting to violating state conflict of interest law.

John DeRosa served as the city's legal counsel while also representing the Massachusetts Museum of Contemporary Art as it explored the redevelopment of Western Gateway Heritage State Park, the State Ethics Commission announced Wednesday, after a nearly two-year inquiry into DeRosa's dealings.

In a disposition agreement signed by DeRosa, the commission found that he simultaneously advised North Adams, as city solicitor, and the museum, as a private attorney and a member of its board of trustees while it pushed for the redevelopment of Western Gateway Heritage State Park in 2011 and 2012.

By working for the city throughout the proposed redevelopment of Heritage State Park "while having a private relationships with Mass MoCA, North Adams Partnership, and Krens," DeRosa created the perception that they could "unduly influence or enjoy DeRosa's favor in the performance of his official duties," the commission found.

DeRosa told The Eagle on Wednesday that he accepts that finding and expressed a desire to move on from the ordeal.

"We thought we did everything correctly, crossed the t's and dotted the i's," DeRosa told The Eagle. "We were doing everything jointly with full knowledge of the mayor, and I wasn't paid any additional funds. The idea was to make something good happen for the city."

Per a long-standing agreement in exchange for his legal representation of the museum, DeRosa received an annual credit toward the rent for his commercial office space at Mass MoCA. DeRosa and Mass MoCA Director Joseph Thompson stressed that he was never paid outside of the rent credit.

As city solicitor, he received an annual salary of $45,000 at the time of his retirement.

"I understand the process, but to me, what just came out today gives credence to the saying that no good deed goes unpunished," former Mayor Richard Alcombright told The Eagle. "I don't think there was one iota of bad intent on John DeRosa's part, and that's just me knowing him personally for as long as I have."

DeRosa left the solicitor post — it is appointed by the mayor — in March 2018, shortly after Mayor Thomas Bernard took office. He continues to practice as a private attorney, but said his decision to retire from the solicitor position was unrelated to the ethics investigation.

The commission's investigation was sparked by DeRosa's role in efforts, ongoing to this day, to privatize the publicly owned Heritage State Park.

"I considered it, quite frankly, a community service," DeRosa said.

Over the course of several years, what began as an effort by Mass MoCA to spur development at the site eventually became the private, for-profit Greylock Market, a proposed hub of residential and retail activity that ultimately fizzled in 2015. In its ashes, Thomas Krens has proposed the Extreme Model Railroad and Contemporary Architecture Museum and a slew of related development at the site, a proposal that remains on the table.

The Ethics Commission's account details how the museum and DeRosa, starting in 2011, engineered the public bidding process for the Heritage State Park, a publicly owned 11-acre commercial property that Alcombright had looked to transfer from public to private ownership since shortly after he took office in 2010.

The public bidding process, DeRosa advised, was actually not required, because the site falls under the city's Urban Renewal Plan. But Alcombright went ahead with a public request for proposals.In December 2011, Thompson and Blair Benjamin, who was head of real estate and development, personally drafted the RFP that was issued by the North Adams Redevelopment Authority, the public agency that oversees Western Gateway Heritage State Park, the agreement states.

"John and the mayor approached Mass MoCA to see if we might be interested in redeveloping that park. It was a black hole in the city's budget, losing money, and generating very little in the way of [revenue]," Thompson recalled. "We were interested in trying to find ways to spread the activity that happens on our campus to other quadrants in the downtown, and it seemed like an opportunity to do that."

The Ethics Commission did not judge the actions of the mayor, museum or Krens, or accuse them of any improper activity.

DeRosa reviewed the draft RFP on behalf of Thompson and Benjamin before forwarding it to the city's Office of Community Development for review. From there, it went to the North Adams Redevelopment Authority for a final vote.

DeRosa, at Alcombright's request, attended the redevelopment authority's Dec. 8, 2011, meeting "and advised the NARA members that the Park RFP should be issued to find a private entity to redevelop Heritage Park," the disposition agreement states.

The redevelopment authority approved the RFP on Dec. 15.

Alcombright stressed to The Eagle that DeRosa was only involved because Alcombright valued his institutional knowledge of the park and the redevelopment authority's complex role in its ownership.

"Anything that John did with respect to Heritage Park, like when he went to meetings or went to the Statehouse to visit with [the Department of Conservation and Recreation], John went at my asking; John was present for me," Alcombright said.

Mass MoCA drafted a response to the RFP, but ultimately did not submit a bid due to concerns aired among trustees at a January 2012 board meeting that the project would be a strain on museum resources.

"It felt [like] too risky of a project," Thompson said, recalling the trustee meeting on a snowy January day in New York City. Thompson is a member of The Eagle's Advisory Board. Hans Morris, chairman emeritus of the museum's board of trustees, is co-owner of New England Newspapers, The Eagle's parent company.

DeRosa steered Thompson toward a new approach to purchase the park. They would use the North Adams Development Trust Inc., a corporation they had formed in 2001 to allow the museum to invest in real estate but, until then, had never been used.

DeRosa and Thompson were the only officers of the corporation, and DeRosa said its sole purpose in this case was to find investors in the property.

In February 2012, Thompson and museum staff redrafted their response to the RFP, which was to be submitted by the North Adams Development Trust. The response was reviewed by the museum's legal counsel — DeRosa — but never submitted.

The redevelopment authority ultimately heard from one bidder, who was rejected.

On Feb. 12, the redevelopment authority approved issuance of a second RFP, which was revised by DeRosa, acting as city solicitor.

On May 2012, DeRosa revised and reviewed the North Adams Development Trust's renewed bid on the park, which stated that the trust would work under contract and collaboration with Mass MoCA.

The bid was accepted by the redevelopment authority in June 2012.

To separate the museum from the trust, DeRosa and Thompson resigned as its officers. The trust changed its directors in November 2012, removing DeRosa and Thomspon and replacing them with Bruce Grinnell, Malcolm Smith and Duncan Brown.

DeRosa filed a conflict of interest disclosure to the State Ethics Commission on June 24, 2013 — more than one year after the trust submitted its second proposal.

"The disclosure did not address DeRosa's role as legal counsel for Mass MoCA," the commission found.

After years of negotiations with the Greylock Market and its president, Benjamin — who had left his post at the museum to take on the effort — the project died in 2015.

"As soon as I realized how close this was, we replaced John with [attorney] Jay Sabin regarding anything with negotiations between [the city and] Blair Benjamin," Alcombright recalled. "There was nothing done under the table, so to speak. There's nothing shady about it."

The commission also questioned DeRosa's role as director of the North Adams Partnership, a nonprofit development organization he co-founded in 2011 and for which he was compensated financially. As its director, DeRosa was paid $57,841 in fiscal 2014 and $52,000 in fiscal 2015. He has since stepped down from that role.

"The partnership's sole interest is to further the interests of the city," DeRosa said.

DeRosa was also involved in connecting Krens — who has since unveiled a broad vision for the city's redevelopment — with city leadership. In March 2015, DeRosa and Alcombright approached Krens about redeveloping Heritage State Park in the Greylock Market's wake.

Later that year, the North Adams Partnership, which DeRosa helmed, provided Krens with $50,000 to embark on a concept development study of the model railroad museum.

Though his work for Krens was flagged as a conflict of interest, DeRosa noted that it was pro bono and limited to helping him incorporate his business in Delaware. He does not represent Krens' proposed Extreme Model Railroad and Contemporary Architecture Museum, he added.

But the ethics commission faulted DeRosa for working on Krens' behalf and also editing and reviewing — as city solicitor — a memorandum of understanding signed between the city and Krens in 2016.

Ultimately, DeRosa and those around him paint his actions as well-intentioned.

"At the end of the day, [the ethics commission] came to a different conclusion," DeRosa said. "I've accepted that because I want to put this behind me."

"From our point of view, at Mass MoCA we certainly knew he was the city solicitor and there at the behest of the mayor," Thompson said. "It seemed like he was doing his job in providing advice and counsel to the city in trying to get a project developed."

Alcombright also lined up to defend DeRosa, calling him a "city leader" who has "worn a lot of hats over many years, and many of them come under `idea generator.' "