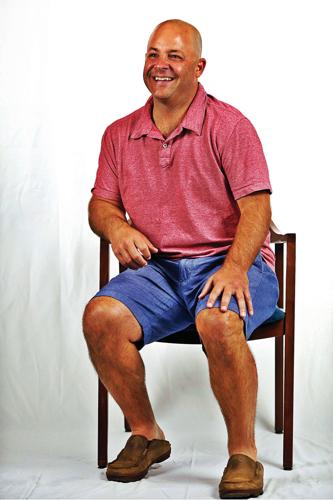 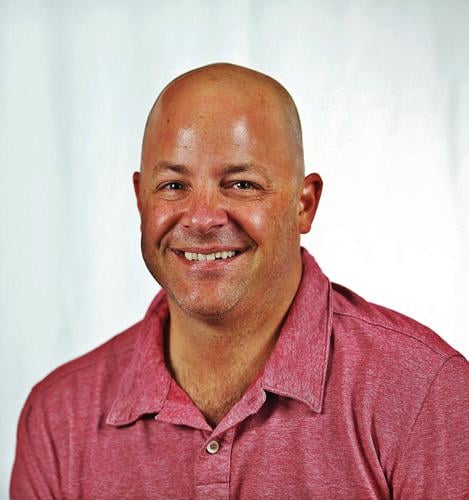 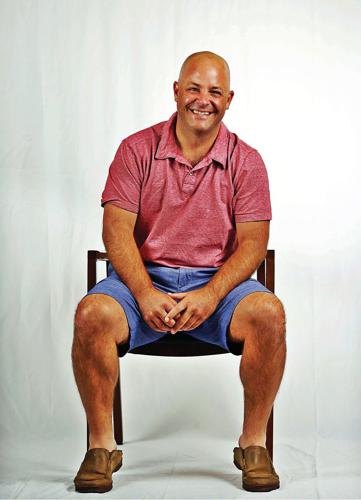 As a six-year-old kid running around the tennis courts at the Dalton CRA chasing down balls hit by his father and his father's friends, Andrew Chmura got exposed at a young age to a sport that was going to help define his life.

Little did that kid know, though, that his path through the tennis world would come off the courts and not on it.

Chmura, 49, is the owner and president of Grand Slam Tennis Tours, a tennis travel company based out of Stowe, Vt., that plans elaborate vacation packages based around tennis events — from Wimbledon and the Australian Open, to smaller events in exotic destinations like Rome, Monte Carlo and California.

He is also a partner at Topnotch Management, a tennis agency that includes names like John Isner, Stevie Johnson and Shelby Rogers on its list of represented athletes.

And now, he is trying to create an exhibition tennis event that will serve as the go-to warmup tournament before the U.S. Open.

Chmura's journey through the tennis world has been a long one, but at the heart of it all is a passion for tennis that developed right here in Berkshire County.

"I'm really, really fortunate," Chmura said in an interview on the weekend of his 25th high school reunion. "Without tennis, I don't know what I would do, to be honest."

Before his company and partnerships, Chmura was a tennis standout at Pittsfield High School. A top-ranked junior player in New England, Chmura parlayed his high school excellence into a spot on the Notre Dame tennis team, and then a short-lived professional career playing satellite events around the globe.

Chmura quickly realized, though, that his future wasn't in playing a sport that he had dedicated his life to.

After his college career, Chmura started to pursue his professional career and he traveled around to smaller events across the world. While doing it, his brain started connecting dots he didn't know were there yet.

"I was thinking to myself that this is an awesome sport, this is what I know best," Chmura said. "So if I'm going to do something in life, I might as well take the skill set I'm the best at ... and try to do something cool with that."

After his short-lived professional career, Chmura followed love to Stowe, Vt. Once there, he started coaching at Topnotch Resort. Teaching lessons to people that had a passion for the sport, Chmura started getting questions about seeing professional events: How do I get tickets to Wimbledon? Where do I stay at the U.S. Open? Where's the best place to stay in Paris?

That's when the dots started connecting together, and the light went on in Chmura's head.

So, Chmura started planning. His first trip was to the Australian Open. With a group of about six, Chmura catered a vacation built around attending one of the world's four major tennis tournaments. From there, Chmura let the growth come naturally, and now GSTT takes 3,000 people a year to tennis events.

GSTT was incorporated in 2000, but Chmura pointed to one trip on 2003 that really set the tone for what he was trying to create.

Again, the trip was based around the Australian Open. This time, Chmura added in other stops — the Sydney Opera, the Great Barrier Reef, and a tennis academy for vacationers to take lessons from tennis professionals.

"Everyone that went on the trip, a week after that, booked another package with me," Chmura recalled. "I was like 'oh, maybe if I over-deliver and do things better than they think, that's the way to grow my business.'"

With the business model set, Chmura started growing. Then, about two years ago, Chmura parlayed a personal friendship into a new business venture — Topnotch Management.

Chmura was a fortunate benefactor of timing. Lagardere Sports and Entertainment, one of the leading global sports agencies, had a shakeup of its top tennis brass. During the reshuffle, Sam Duvall, the Vice President of Tennis at Lagardere, resigned. Enter Chmura, who had built up a friendship with Duvall.

"He said, 'I thought we're a good match,'" said Chmura. Chmura had aspects of an agency already in GSTT — marketing, PR, accounting, etc. Duvall had the connections to players. It was a match made in tennis heaven.

With a roster full of tennis superstars, Chmura has been able to elevate GSTT to another level.

"It creates all of these opportunities to use the two entities that, like, dance together," he said. "We have a welcome dinner ... and maybe there's a CEO of a company in here that loves Isner, and wants to sponsor him. It can go that way.

"Then, you talk to the tour folks, and they love Stevie Johnson, and in walks Stevie at a dinner party. It goes both ways."

The newly-found synergy also opened another door for Chmura, and one that he wanted to open for a while — hosting a professional tennis event.

That dream will be realized on Aug. 22-24 in Stowe, when GSTT hosts the Stowe Mountain Lodge Classic. The event is an exhibition-style warmup tournament for the U.S. Open, which begins the following week.

The Stowe Mountain Lodge Classic won't be the first tennis event GSTT has helped to host. In 2007, Chmura applied to bring the Fed Cup to Stowe and succeeded. Creating a stadium in the middle of a field, Chmura helped bring a quarterfinal matchup between the U.S. women and Russia to his home in Stowe. When Chmura was able to sell out the stadium and host a successful event, he had the confidence he could do it again.

"Without the Fed Cup, I never would have done this," Chmura said, referencing the Classic. "When we did the Fed Cup, that was a huge risk. We were a smaller business at that stage.

"I just had a gut feeling about the community ... wanting something cool to happen. That was the case. People got behind it."

Chmura also applied to host a Davis Cup event in Stowe, but backed out of the bidding process when he decided the financials didn't match up with his goals.

Now, Chmura thinks he's found something that he can keep bringing back.

The premise for the event is simple — a warmup event for the U.S. Open, on the same courts that players will play on in Queens. Chmura drew inspiration from two other exhibition events that have built up strong reputations — the Kooyong Classic before the Australian Open, and The Boodles, which precedes Wimbledon. The event isn't an ATP-sanctioned event, but that's part of the draw.

"You can do a lot of creative things at your tournaments. ... You can kind of push the needle," Chmura said. "That was alluring to us, and that was exciting."

The choice of date came from looking at a calendar. The tennis season is a busy one, and Chmura needed to find some kind of hole in the schedule to fit in his event.

"We said, there's no real warm-up event, exhibition-style event, at the U.S. Open. Then we established that there is an opening."

With the agency side growing, Chmura and GSTT didn't have to look far to find players for the event.

"Sam [Duvall] knows all the agents and can call them," said Kyle Ross, who wears many hats across GSTT and Topnotch, including being the tournament director for the Stowe Mountain Lodge Classic. "All those sorts of pieces are things we couldn't really navigate. Andrew and I are living in the tennis industry to a point, but Sam is further in on the player's side."

Once again, GSTT is building a stadium out of nothing. Locating the stadium at Spruce Peak, there will be two permanent courts added — both using the same hard-court surface used at the U.S. Open — while only one will have a stadium built around it for the Stowe Mountain Lodge Classic.

The event has seven confirmed players in Tommy Haas, Vasek Pospisil, Albert Ramos-Vinolas, Frances Tiafoe, Jared Donaldson, Reilly Opelka and Jeremy Chardy. Ross said that seven was the magic number for now, allowing them to either add one more player before the event starts, or cut the event down to six members should one of the confirmed players get hurt.

Chmura is trying to create what he calls "Tennis Week in Stowe." In addition to the exhibition event, there will be a Universal Tennis Rating tournament, which pits tennis players against each other based on a statistic-backed rating as opposed to gender or age. In the future, he wants to add camps, symposiums and other events to make the Stowe Mountain Lodge Classic more than just a professional tennis event.

Needless to say, Chmura and his staff have been busy over the last several months, making sure that the Stowe Mountain Lodge Classic was off the ground and running. He's also had to stay focused on what started him in this business — tennis tours. With the U.S. Open the following week, there's no rest yet for Chmura.

"You don't want to drop the ball on the U.S. Open, right? Because that's what got you here in the first place."

What about a tennis event in the Berkshires? Chmura said that the thought has already crossed his mind.

"I would love to do that," he said. "I think it would be so fun. ... I have a really strong connection with the area, and I still have a lot of really good friends here.

And Chmura has certainly shown he has the capability to pull it off.