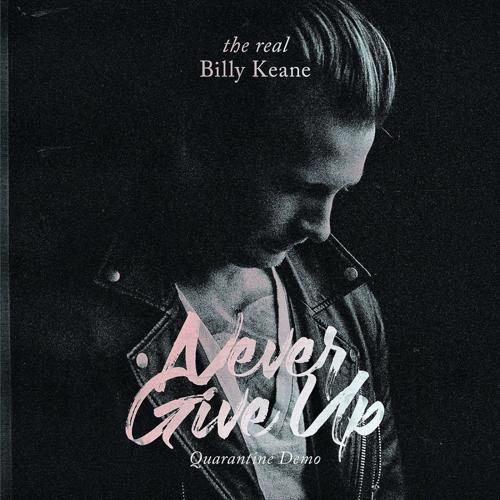 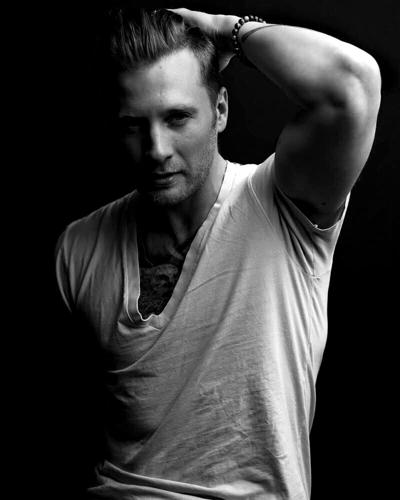 Billy Keane, of The Whiskey Treaty Road Show, has released a solo single, "Never Give Up (Quarantine Demo)," that was written, recorded and produced while in self-quarantine.

Billy Keane, of The Whiskey Treaty Road Show, has released a solo single, "Never Give Up (Quarantine Demo)," that was written, recorded and produced while in self-quarantine.

PITTSFIELD — Singer-songwriter Billy Keane can't wait to hear an audience sing the chorus of his new single, "Never Give Up (Quarantine Demo)," with him.

He knows that won't be anytime soon, but in the meantime, he's hoping the song, which he wrote in response to the COVID-19 quarantine, will bring peace, joy and comfort to those who listen to it.

"At a time when everything else we're hearing is not so great, I want to put a positive message out there," said Keane, of The Whiskey Treaty Roadshow, during an interview with The Eagle. "There are just so many news sources out there, so many peep holes into society through social media, that can have a negative effect on people's mentalities. This song refers to my belief that we can do this, that we will get through this."

"Never Give Up (Quarantine Demo)," debuted Monday on AmericanaHighways.org as part of "Song Premiere," an ongoing series at the online music magazine and is now available on Spotify, iTunes and Google Play.

"It was probably a week or two into everybody's self-quarantine that I wrote this. It came out of that experience. It was written for my family and friends, for everyone who is struggling in the same way with this," he said of being in self-isolation. "How do you express compassion when you can't be with someone?"

Fresh off the release of The Whiskey Treaty Roadshow's album, "Band Together," Keane had recently shifted his focus to a personal project in the downtime before the band's upcoming tour.

"The timing was interesting. I was in the process of writing and recording demos for a full solo album, 'The Real Billy Keane,' which I'll hopefully be releasing this year," he said. "So, I already had my home studio set up — my MacBook and a Telefunken microphone — for recording demos."

The music came first — the melody and structure — but the lyrics were a little harder, he said.

"I was trying to touch on all these points at first. That wasn't working, so I tried keeping it simple, to what I was feeling and I came up with these two quick verses — the chorus, which I hope people will sing with me," he said. "This song is interesting, as it came from the experience [of self-quarantine] more than a situation being forced on all of us."

He recorded the song that night. "I laid several guitar parts down, did two or three takes with the vocals and then put electric drums with it."

The next morning, he sent the song files to Jackson Whalan, a hip-hop producer with a studio in Great Barrington, who added tracks of rhythm and clapping to it. He also sent the files to bassist Miles Lally, who laid down a few bass tracks for him. He then sent all of those files to Alex Saltz of APS Mastering in New York, N.Y. for the mixing and mastering of the final product.

"I was able to give everything to Alex. We went back and forth a few times and there it was," Keane said. "It's kind of amazing that we could do this, safely, from isolation. "

The process, he said, was much faster than he's used to.

"I'm a folk writer. Typically, that writing process is a couple of months," he said. "It's wonderful that everyone was on the same page."

The song received a glowing review from Melissa Clarke, of AmericanaHighways.org, who wrote: "Big, bold heartbeat bass drums launch this song up into the atmosphere of hope. The sound is as rich and glorious as the intention of Billy Keane's songwriting,"

He's hoping others will feel the same way about the song.

"This concept of a pandemic — I don't think it just refers to the spread of disease. Fear, loneliness, desperation, they can be contagious too. But so can hope, love and compassion" Keane said."I think this is a learning moment. We can learn to engage with people, with our own emotions. Our own hope, that can be pandemic too."

Jennifer Huberdeau can can be reached at jhuberdeau@berkshireeagle.com, at @BE_DigitalJen on Twitter and 413-281-1866.

Billy Keane's music career was poised to take off, then a pandemic shut down the world. Now he's ready for another start

Billy Keane is ready for another start, with a new album out last month, “Too Much to Let it Go,” that explores and expands his folk-meets-indie-rock sound. He has a new band, Billy Keane and The Waking Dream, and played the No Depression Stage Friday night at FreshGrass.