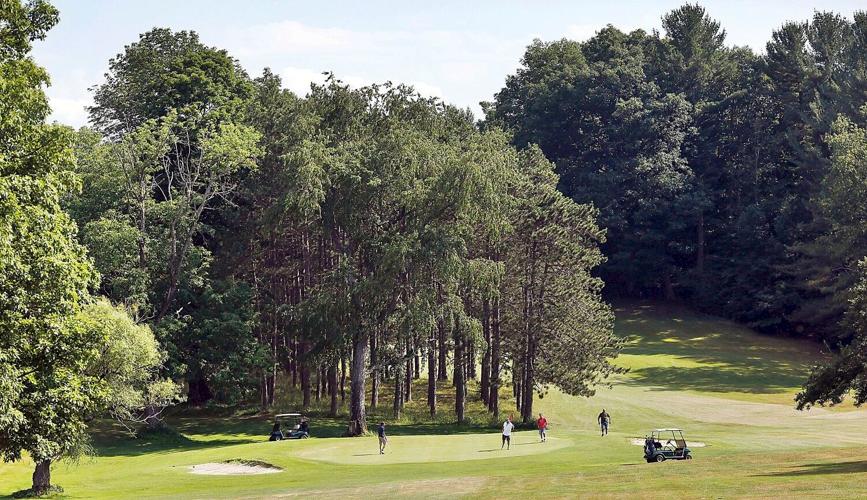 Scenic vistas, proximity to nature, and a no frills atmosphere have endeared Pontoosuc Lake Country Club's 18-hole golf course in Pittsfield to golfers near and far for almost 100 years. STEPHANIE ZOLLSHAN - THE BERKSHIRE EAGLE 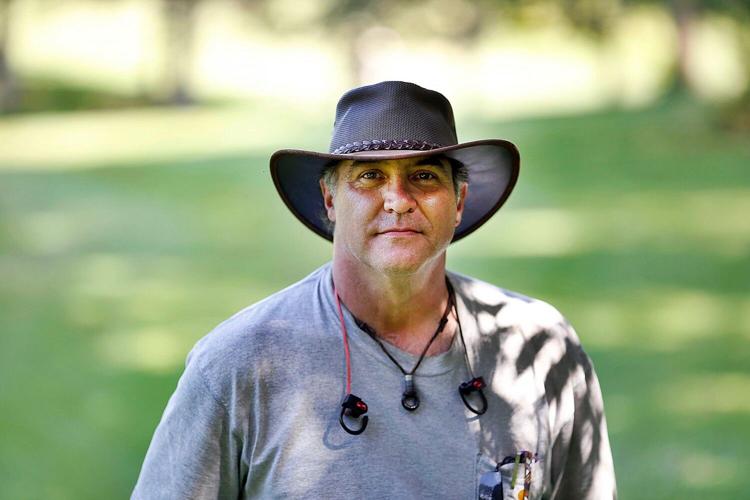 Jeff Moxon's family has owned Pontoosuc Lake Country Club since 1945, and been involved in its operation since1923. Moxon's grandfather, uncle and father have all been involved with the course. STEPHANIE ZOLLSHAN - THE BERKSHIRE EAGLE 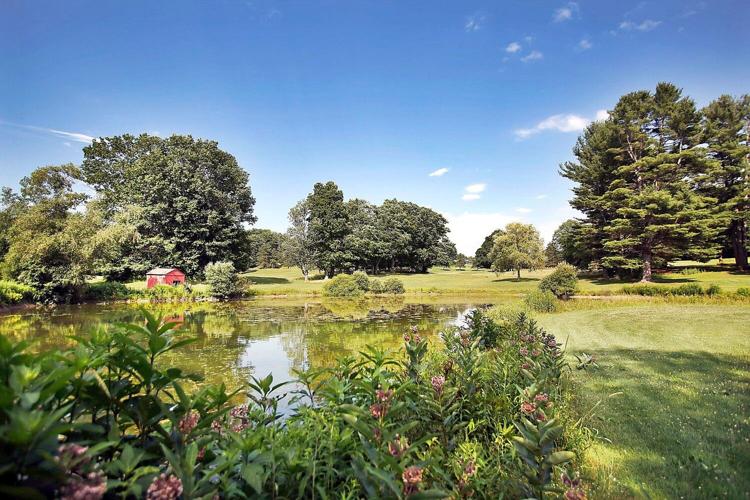 Unlike some golf courses, the ponds at Pontoosuc Lake Country Club's do not contain fountains. STEPHANIE ZOLLSHAN - THE BERKSHIRE EAGLE

Scenic vistas, proximity to nature, and a no frills atmosphere have endeared Pontoosuc Lake Country Club's 18-hole golf course in Pittsfield to golfers near and far for almost 100 years. STEPHANIE ZOLLSHAN - THE BERKSHIRE EAGLE

Jeff Moxon's family has owned Pontoosuc Lake Country Club since 1945, and been involved in its operation since1923. Moxon's grandfather, uncle and father have all been involved with the course. STEPHANIE ZOLLSHAN - THE BERKSHIRE EAGLE

Unlike some golf courses, the ponds at Pontoosuc Lake Country Club's do not contain fountains. STEPHANIE ZOLLSHAN - THE BERKSHIRE EAGLE

PITTSFIELD — Jeff Moxon's roots at Pontoosuc Lake Country Club run deeper than some of the pin oaks that he's personally planted on the 98-year-old golf course.

His family has owned the 18-hole course since 1945, and been involved in its management since 1923, when Moxon's grandfather, the legendary Charles "Chick" Moxon, became the assistant pro. Moxon's father and uncle also worked the course before Jeff did.

But now that legacy could be in jeopardy. Due to a variety of factors that have made operating the course more costly and difficult, Moxon in early June posted a message on Pontoosuc's Facebook page that stated 2018 will be the last year the par 70, 6,207-yard layout will operate as a public 18-hole golf course.

"We will still be open for daily play until the end of the season," the post stated. "We will continue to make improvements to the property, equipment, irrigation, turf and overall quality of play throughout."

Located off Kirkwood Drive near the west shore of Pontoosuc Lake, the course received national attention in the 1930s for instituting $10 golf fees. "All the thrills without the frills is the watchword of what is without doubt the cheapest golf organization in the world," the New York Sun wrote at the time.

But that was then, this is now, and something has to be done.

Moxon is president of the corporation that owns Pontoosuc and holds all the shares. He's still hoping to hold on to at least part of the property, but in a recent interview he said that a "variety of things" could happen at Pontoosuc next year, and it's possible the course will be shut down for good when golf season ends.

"One, we could not open at all, and close, which is the most obvious thing that everybody seems to cling to," Moxon said. "There's also the possibility that somebody new could purchase it."

A third option is selling part of the property, and operating a nine-hole course on what's left.

"We're trying to subdivide it into a certain configuration where the golf course proper with the clubhouse and maintenance facility sit on nine holes, and that the external property that we own including the practice field and certain sections would be available to sell or lease."

But he added, "if the subdivision doesn't go through because the city denies it, or the people who are interested back out I won't be open at all. This has just been too much work."

If the nine-hole format does take place, it would "most likely" include the current area between holes four and 12, Moxon said, although more property could be included depending on "the way we're doing this "

"I'm looking at other surrounding properties to see what might be available to just do some restructuring," he said.

Moxon won't say who is interested in the property.

"I've had multiple offers and every one of them has a confidentiality agreement," he said.

Rumors regarding the sale of Pontoosuc have been going on for at least 20 years, Moxon said — "at one point I had five different purchasers." But lately those whispers have turned toxic. Moxon said they've have made it difficult for him to operate the course.

"The rumors got to the point that they ate my business up and put me into financial hardship," Moxon said. "People stop playing. They started these rumors that we were closed, that we sold, that we put solar panels over the whole place."

Some of the rumors have come as a surprise.

"People tell me what I'm doing," Moxon said. "Nobody asks me. I've never said anything. Even that statement I put on Facebook didn't say we're closing. It said this would be the last year we would be a public 18-hole course."

Several other factors have also made it difficult and expensive for Moxon to keep operating Pontoosuc as an 18-hole public golf course.

He said the city doubled his property taxes in 2012 two years after he renovated the clubhouse. "It put an extreme hurt on us that hasn't gone away," Moxon said.

Members and those who have worked at Pontoosuc understand what Moxon is going through, but they speak glowingly of a course that one publication refers to as a "hidden gem.' The original course was built on the site of a farm. In 1935, it was incorporated into Pontoosuc Lake Country Club.

Renovations took place in the 1930s with help from noted golf architect, A.W. Tillinghast, who designed such notable golf course as Bethpage Black, Baltusrol and Winged Foot, and in 1939 by Wayne Stiles, who had redesigned the original Taconic Golf Club course in Williamstown 12 years before.

"It's like hallowed ground," said Kevin O'Hara, of Pittsfield, who has been a member at Pontoosuc for 20 years. "In some ways it's kind of like Wahconah Park. It's rough and ready, but it has a particular charm that is hard to find anywhere else.

"It's just an old-fashioned golf course," O'Hara said. "The pond doesn't have a fountain in the middle of it. It doesn't have flowerbeds ."

Bob Dastoli, who has given golf lessons at Pontoosuc since the 1990s, said it's been hard to watch the changes that have occurred at Pontoosuc.

"I'm saddened like most of the members whom I've had contact with up there for years and years," Dastoli said. "I loved the layout. I was happy to be part of it."

O'Hara said he would probably remain a member if Pontoosuc if it became a nine-hole course next year. But Dastoli believes that cutting the course in half would change its charm.

"I guess that's the next best thing to having 18 holes," Dastoli said, "but I'd like to see someone take it over and run it as an 18-hole golf course. That's the feeling of a lot of people."

Moxon has had other issues, too.

Pontoosuc's superintendent left for another position last year and hasn't been replaced, and Moxon has had trouble finding qualified employees. He's currently serving as superintendent and has just six employees "plus a couple of members helping me out with things." He's found it difficult to fix broken equipment. This year, Moxon has gone back to using "gang mowers," which were popular in the 1980s, to cut the grass, because he can operate them himself.

O'Hara said the greens are much improved over last year when a watering issue had left them in bad shape. Twelve greens were also damaged over the winter by snowmobilers.

"The turf was already weak and they finished it off," Moxon said, "just driving over it and packing the snow down."

Pontoosuc, which had as many as 75 members a decade ago, only has 20 this year. This year's membership fee is only $500.

"I didn't feel the course was up to the quality that it should be," said Moxon, referring to this year's low membership fee. "I didn't feel I upheld my end of the bargain last year."

According to the National Golf Foundation, the U.S. is experiencing a contraction in its number of golf facilities, and the number of new courses coming online is at an all-time low. One reason may be the expense that it takes to operate a golf course. The National Golf Federation's 2010 operating and financial performance profiles of 18-hole golf facilities in the U.S. found that private 18-hole golf clubs had average total revenue of $3.28 million in 2009, but that their total expenses came to $3.204 million. That's not a lot of margin for error.

In 2013, Pontoosuc was one of 17 Berkshire County golf courses that were reviewed by Lihn's Golf & Lifestyle Guide.

"Unfortunately, while the greens have improved in recent years, the overall condition of the course isn't up to the standards of most of the county's other courses," Pontoosuc's reviewer wrote. "If more money was invested into upkeep, this course would rank higher on the list of the county's courses."

Moxon had not read the review, but he didn't dispute what was written.

"It will never be the course it could be while it's privately owned," he said. "That's just the fact of the matter. I would imagine that if you had a group of 10 individuals that purchased this and they controlled the income for the betterment of the property nonstop this place could very well flourish.

"I've done what I could with the resources," he said.