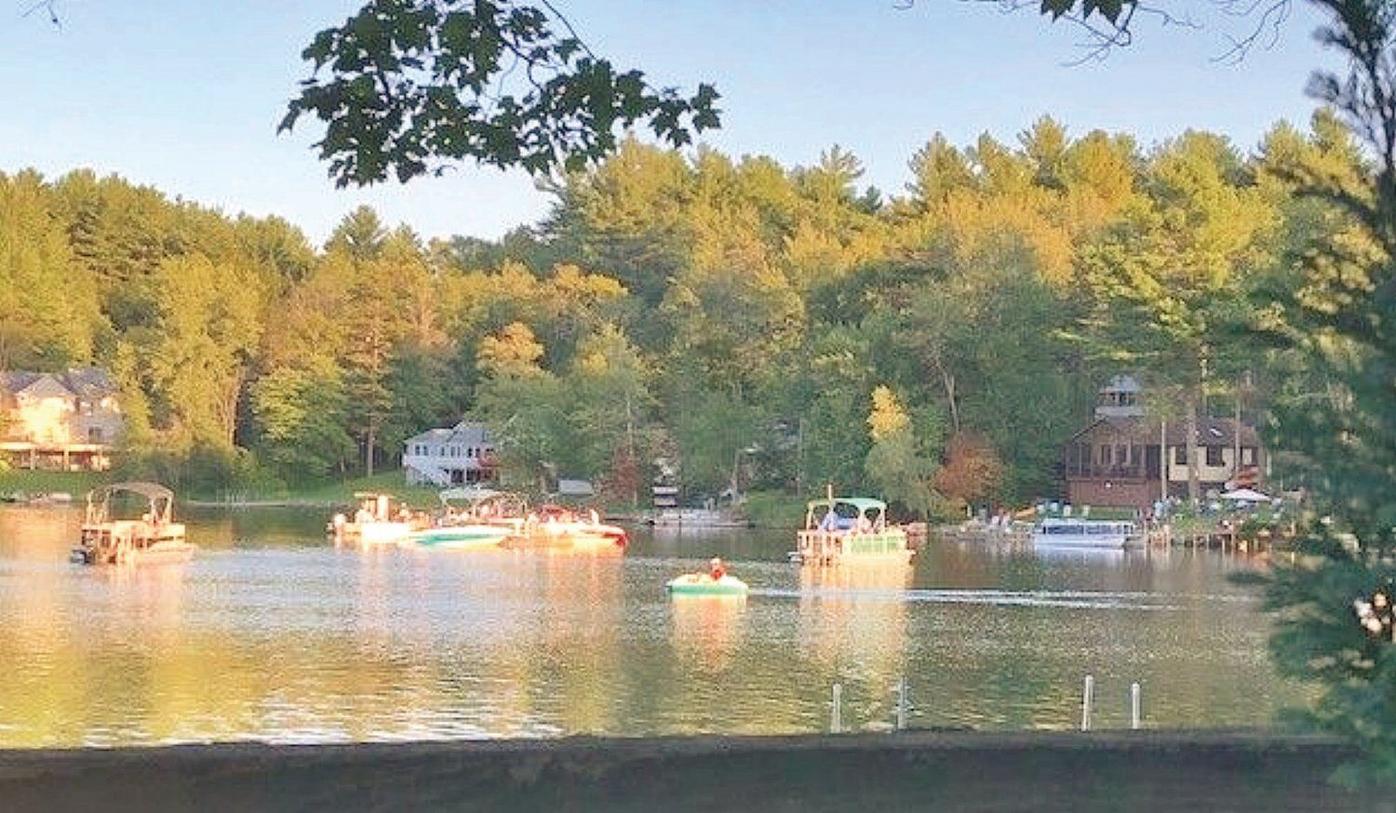 On Sept. 6, boaters and residents along Ashmere Lake were treated to the sounds of Melissa Brinton. 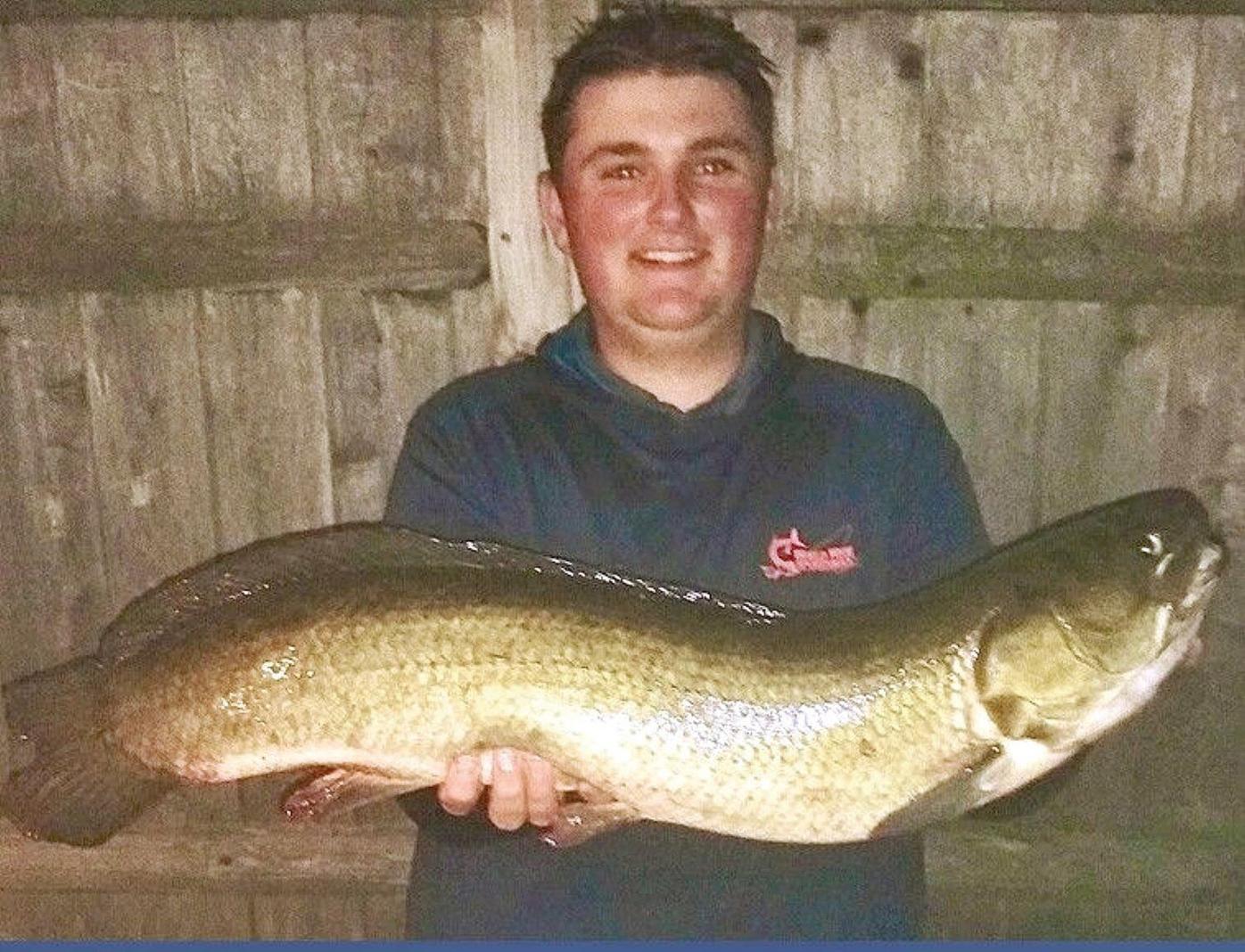 Andrew Langley holds up his new state-record bowfin. The fish measured 29 1/4 inches long with a girth of 15 1/8 inches, and weighted 9 pounds, 10 ounces.

On Sept. 6, boaters and residents along Ashmere Lake were treated to the sounds of Melissa Brinton.

Andrew Langley holds up his new state-record bowfin. The fish measured 29 1/4 inches long with a girth of 15 1/8 inches, and weighted 9 pounds, 10 ounces.

In July, I had an opportunity to listen in on the Massachusetts Fish & Wildlife Board meeting by Zoom. At each monthly meeting an officer from the Massachusetts Environmental Police (MEP) makes a report of their activities to the Board.

In the July meeting, the MEP reported that it has had a huge increase in calls for service this year. As of July 14, MEP had received over 20,000 calls. They don't normally reach that level until sometime in September. The calls ranged from fresh water fish complaints, marine fisheries complaints, to requests for assistance from other agencies because of the COVID-19 pandemic. MEP still has to patrol fish and wildlife properties, state forest land and other public property.

Here are a look at some of the calls the MEP has received.

There was a deer case where an individual from Springfield went to a farm in New York, shot two deer (fauns with spots) and brought them back to Massachusetts, which is in violation of regulations established to prevent the introduction of Chronic Wasting Disease into our state. The perpetrator was caught with the cooperation of New York and U.S.Fish & Wildlife Service agents. They sent blood and hair samples to a USFWS facilities in Oregon for analysis and the firearm believed to have been used was currently being tested to make sure they recovered the right firearm involved.

They had a moose in Savoy State Forest that ran into a gate and had fatal injuries. It was chased by a dog owned by a local resident who was walking it in the forest. The dog chased the moose into a fence. She was issued a citation for not having a dog on a leash.

They had a bear relocation incident with Connecticut Valley District personnel near I-91 in Holyoke. They successfully immobilized and relocated it.

There was a boat fire on the Connecticut River where officers were able to take six people off of that boat. Luckily, they were in the right place at the right time.

In some areas, they are having a huge increase in animal nuisance calls — bear, coyotes and smaller animals. They assisted in a bald eagle rehabilitation and release with MassWildlife.

There has also been an increase in fishing violations in the Wachusett and Merrimac areas and some patrols were added in those areas to help combat fishing complaints.

The MEP also continues to do off-road vehicle patrols on MassWildlife, Department of Conservation & Recreation and private lands. Recently, a patrol in the Winchendon/Ashburnham area resulted in some $4,700 in fines and several vehicles towed. There were trapping violations in East Brookfield and citations issued, and they had an ongoing investigation in Douglas involving the illegal use of conibear and foothold traps.

That was just the July Environmental Police report!

In August, the MEP were plagued with boating and boat ramp violations.

By way of background, please know that according to state Fish & Wildlife Commissioner Ron Amidon, boat sales this year are up between 300 and 400 percent. He felt that it was indirectly the result of COVID-19, where people have more time on their hands and are taking to our water bodies more frequently. Because of that, the state's 306 boat ramps are experiencing heavy traffic. Added to that, according to Amidon, people new to boating are not familiar with boating regulations and as a result, there have been accidents and some inappropriate usage.

A new problem which has surfaced this year is boaters "wrapping" their boats by tying them together while out on the water. According to Amidon, social distancing is being tossed right out of the window.

Social distancing is also becoming a problem on the crowded boat ramps with non-boaters using them to fish off of, sunbathe, swim, walk their dogs or just park their vehicles taking up all the space from boaters. According to Amidon, some municipalities are talking about closing the boat ramps, but state officials do not support that action. Instead, they are supporting the enforcement of the boat ramp regulations.

Commissioner Amidon's office and the Office of Boating Access are currently in the process of developing a task force to address this problem.

Amidon thanked the MEP for helping to keep the boat ramps open. Fortunately, the boat ramp problem does not appear to be a problem in our area.

Last week I mentioned in this column that the Lenox Sportsmen's Club would be holding a Ladies Only LTC and UTAH gun course today. Well, the course filled up. They are scheduling another one for Sept. 26. According to its news release, American women are the fastest-growing group of gun owners. Whether it's for self-protection, hunting, or target shooting, women are expressing more interest than ever in owning a firearm and are taking steps to train and educate themselves. Women aren't just going with a trend, they're proving to be an important and vital part of the shooting community. Gun sales are up around the country and people are looking for LTC classes, the news release states.

There was music in the air

Something nice happened on Ashmere Lake last Sunday evening. Across the cove from our cottage, cottage owners Amy and Bart Collins hired a singer, Melissa Brinton, and invited everyone on the lake to come hear her sing.

Around 6 p.m., the waterfront entertainment began and shortly thereafter people began showing up in all kinds of boats: pontoon boats, speed boats, bass boats, kayaks, jet skis, paddle boats, etc., to listen. Everyone socially distanced. Other than the beautiful music, you could hear a pin (or a bass plug) drop. I have never heard our cove so quiet. The only sound coming from the boats were rounds of applause after each song. Every time there was applause, our beagle Jacques would give a howl of approval also.

The sound of Melissa's voice drifted across the cove to us on the opposite side. That's how quiet the cove had become. There was no loud back-up band blaring the music but just Melissa and her guitar. She had a sweet voice, reminding me a bit like Judy Collins. At times she sang folk songs from the 60s and 70s, which brought back memories of another turbulent time in our country.

More than 20 boats drifted into our cove and stopped to hear the music. Others, like my wife Jan and I, sat on our decks/docks and enjoyed the music. With all that our country has been through this year, it was a pleasant respite seeing people getting together — albeit on their own boats. We deserved something like this to settle our nerves, to sing along and to laugh again.

She sang on into the darkness and when the Collins' lit their torches, it just added to the ambience. At one time, Jan took Jacques for a walk and I was sitting on our dock alone in the darkness. When Melissa sang "Sunday Morning Coming Down," I couldn't help but sing along with her. Fortunately, it was dark and nobody knew who that lousy back-up singer was.

The evening and entertainment were very pleasant, but if that wasn't enough, Melissa closed out her performance with the song "Ave Maria."

It was quite an evening. The best way I can describe it is, darned nice.

I'm sure I represent everyone who attended that evening when I write, thank you Bart and Amy Collins. You made our day.