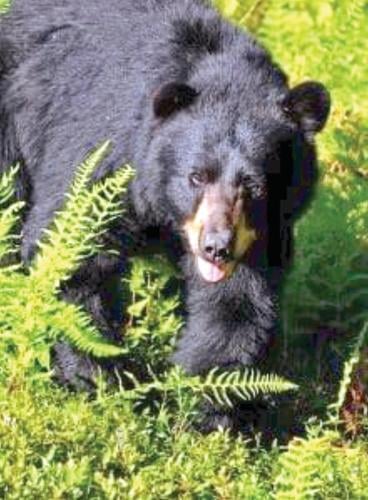 Black bears are the focus of a new research project, which is aptly titled MassBears. The project is aiming to help the commonwealth get a better idea of how many bears there are in the wild. 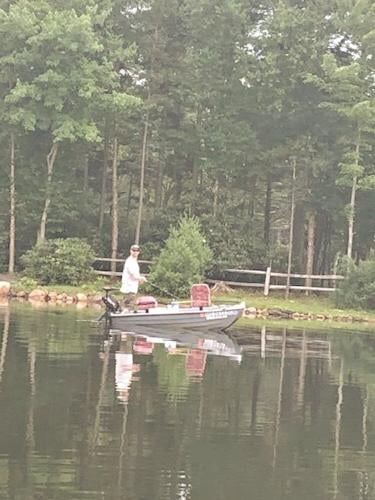 Bill Whittaker is just one of the many local anglers that hit our local waterways to catch fish in the early morning hours.

Black bears are the focus of a new research project, which is aptly titled MassBears. The project is aiming to help the commonwealth get a better idea of how many bears there are in the wild.

Bill Whittaker is just one of the many local anglers that hit our local waterways to catch fish in the early morning hours.

There is a new research project going on pertaining to bears in Massachusetts. The project is aptly called MassBears.

The research project is a collaboration with MassWildlife, the Massachusetts Cooperative Fish and Wildlife Research Unit, Amherst College, and University of Massachusetts. It is a study of black bears in Massachusetts in order to estimate their population size and distribution, and provide other information about bear movement and conflict with humans. Such information will help managers make scientifically-informed decisions about managing black bears across the state.

In this study, data is collected in various ways: By the hair corrals described below or, by reporting the sightings on the MassBears website.

To be able to estimate density and population sizes for wildlife, MassWildlife often captures and marks individuals and then recapture them later. This allows them to compile a history of captures which in turn permits them to estimate the number of bears in an area. Due to advances in their ability to identify individuals from DNA extracted from hair, they do not need to physically capture bears for this study, they only need to capture their hair.

To do this, they use a non-invasive wildlife survey technique called hair corrals. (Click onto the web site to learn what they look like and how they work). They are used extensively throughout the range of black bears and do not harm bears, other animals, or people. The corrals only stay up during the field season and are taken down at the end of each summer. Students working on the project check each site weekly and collect any bear hair. They record where the hair was found and what day they collected the sample.

According to information provided on the MassBears website, density estimates are a tool used to estimate population sizes for wildlife. The last density study was conducted in the Berkshires in 1993 and it was estimated that there were 18 female black bears per 100 square kilomteres (about 62 square miles).

Because the black bear population has expanded well beyond the Berkshires into different habitat types with different levels of road densities and human development, a new density estimate is needed. With the new estimates, they can determine how black bear densities change with different habitat types across the state. For example, other studies have shown that the density of black bears can be higher in suburban environments than in more natural environments due to the availability of anthropogenic foods (relating to the influence of human beings). However, this also means bear-human interactions may be elevated in these areas, which sometimes causes conflict. New density estimates will result in more accurate population estimates for black bears across the state.

This project aims to update the density estimates from 1993 with current data and provide estimates of black bears numbers in Massachusetts. This information will help managers make scientifically-informed decisions about how to manage the black bear population and help predict where nuisance situations may arise.

Sighting reports will appear on a map. It will take a few days for the map to update with your sighting.

Incidentally, it is a research project so if for some reason you need assistance on how to deal with a bear in your backyard etc., you should contact the Massachusetts Division of Fisheries & Wildlife at 508-389-6300 or Environmental Police Dispatch at 800-632-8075.

Ladies night at the range

By popular demand, the Lee Sportsmen's Association (LSA) is bringing back Ladies Night at the Outdoor Pistol Range. The first night was last Thursday evening, but there will be another on Aug. 6 starting at 6 p.m. There will be a safety briefing at 5:45.

New or inexperienced female shooters are welcome. If you have no gun/equipment, they can provide safety equipment, firearms, limited ammo, and friendly instruction. The focus is on shooting fundamentals and having safe fun. Cold Range Rules apply; gun handling only at the Safety Table. For those with their own equipment, 5 magazines are recommended.

For further information, contact Stephanie DuPont at dupontfam5@gmail.com or call/text 215-668-7808.

Right around dawn, they appear out of the morning mist and are upon you with no warning sound, silently stalking. At first sighting from a distance, they appear to be walking on water, silently stalking — one, two and sometimes three of them. Eerie, like something out of an Alfred Hitchcock movie. Makes one wonder if the grim reaper is finally coming after you.

It is only when they get nearer that you realize they are bass fishermen, standing up (or seated in the high seats) in their bass boats. They are not stalking you, but rather the bass. Their electric motors make no sound as they drift slowly past you casting away. The only sound you hear are the plops of the fishing plugs and lures as they hit the water and occasionally the jumping or splashing when the bass hit them.

Just about every morning you will see some of them on your favorite lake. I usually see them on Ashmere Lake in Hinsdale around 5 or 6 a.m. as I myself am silently trolling with my electric motor for crappies. Lately, we are being joined other silent stalkers, those fishing out of kayaks and canoes. You hardly hear a clunky, creaky rowboat anymore.

Early mornings are our favorite times to fish the lakes and ponds during the hot summer months because there are no speed boats or jet skis out yet. Any wakes made are by some kayakers or canoeists who are seriously working out, perhaps getting ready for the next Josh Billings RunAground.

There is always something interesting to see or hear on the lake at that time of day, geese, ducks, herons, bullfrogs and perhaps an eagle or an osprey. Where I fish, I am usually greeted by a huge snapping turtle that swims out to my boat, after my lure. It chases my lure no matter which side of the boat I cast. Actually, it's kind of hilarious. I finally leave for that's one critter that I don't want to hook.

I had a couple of interesting sightings on the lake this year. One morning, I caught movement along a summer camp shoreline and when I focused on it, it turned out to be a deer — doe to be exact. For a while, she appeared a little nervous with me around. Ultimately, she jumped into the lake and swam toward a nearby island. I thought that maybe a coyote was chasing her, but neither saw nor heard any. A little while later I heard splashing on the island shoreline. There was the doe walking along and following her was a little fawn jumping and playing in the shallow water. It appeared happy to see mama again.

A couple of weeks later while crappie fishing with fishing buddy Doug Yates from Dalton, we had the privilege of seeing nine great blue herons land on the shore of that same island. They squawked, did some bobbing and weaving and shortly thereafter all but three of them flew off for parts unknown. Doug and I joked that they probably flew in to get their morning joe or to get their daily assignments. It was quite a sight to see.

The lakes are usually calm and quiet at that time of day, save for the honks of the geese and quacks of the ducks and the croaks of the frogs. One sound I really enjoy hearing is that beautiful sound of loons. They are not on Ashmere Lake, but on nearby Cleveland Reservoir. Their calls resound eerily in the early morning calm.

You will note that I never mentioned how good the fishing was on those mornings. Who was it that said that fishing is not all about catching fish? If you get a chance, give it a try. You will be glad you did.