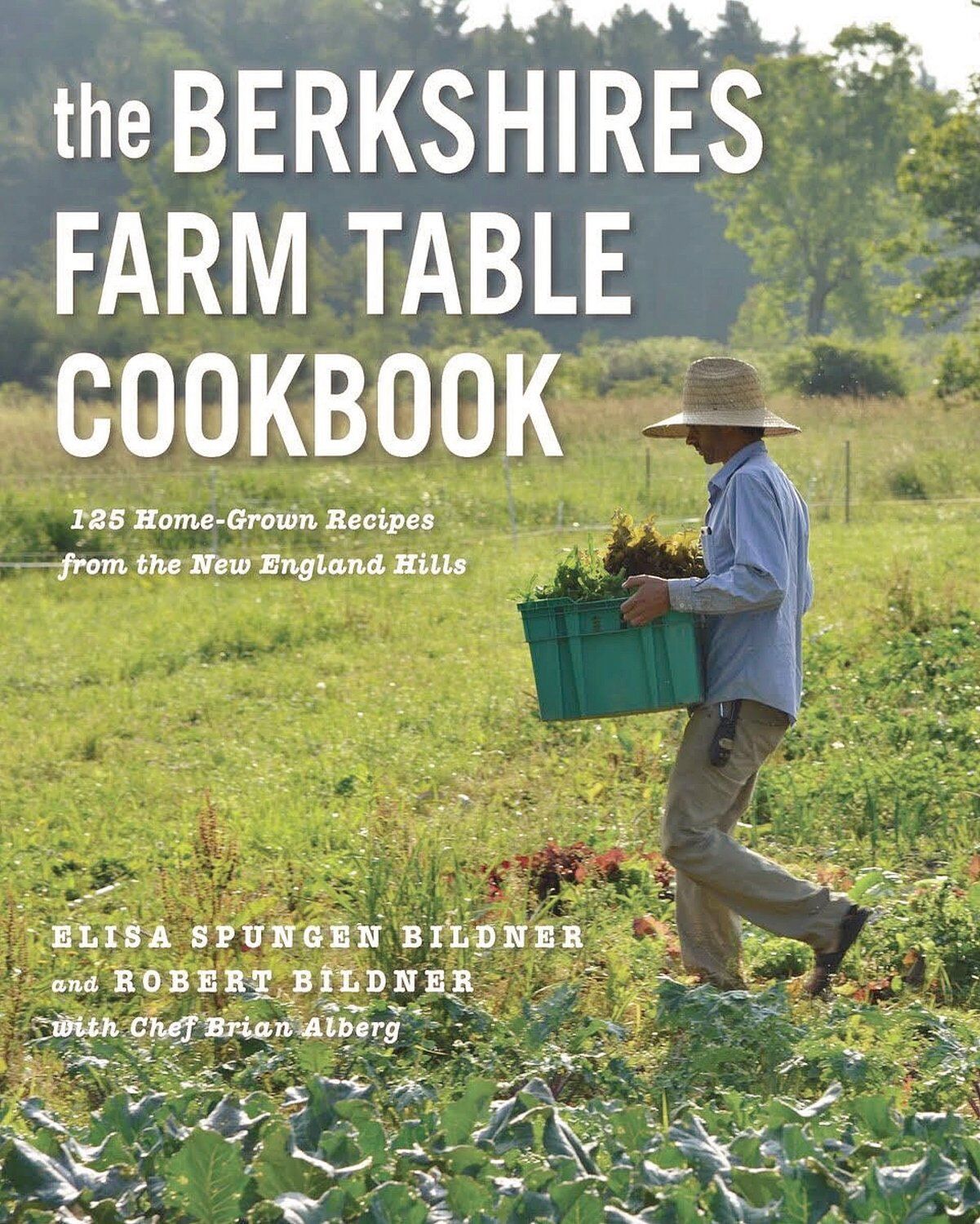 "The Berkshires Farm Table Cookbook" features 125 recipes inspired by the farms of the Berkshires. 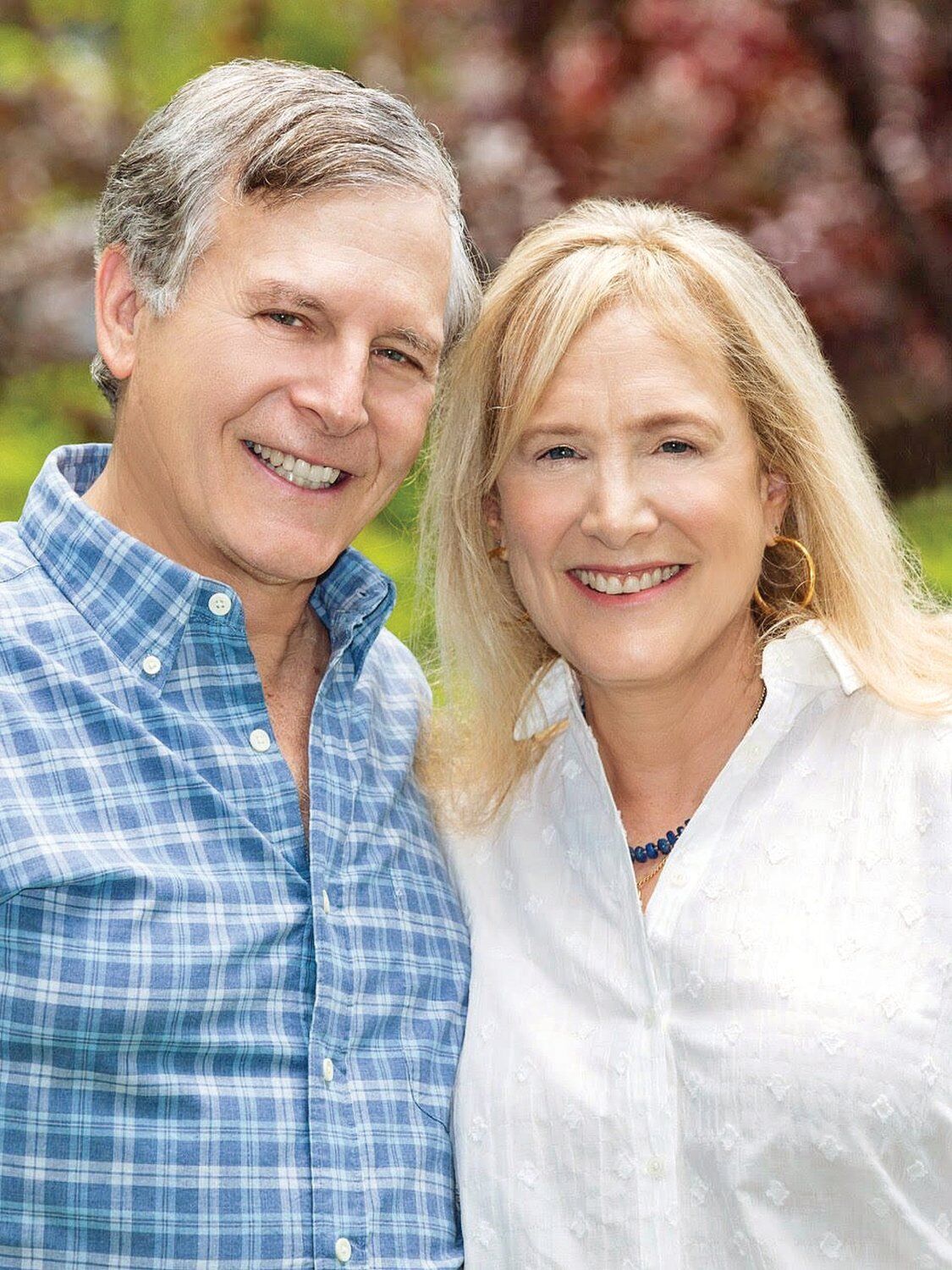 "The Berkshires Farm Table Cookbook" features 125 recipes inspired by the farms of the Berkshires.

BECKET — A great cookbook tells a story, about food — where it comes from, how to use it and what to make with it.

Authors Elisa Spungen Bildner and Robert Bildner take it one step further in "The Berkshires Farm Table Cookbook," bringing readers the stories of the farmers who work and live in the region.

"It's really two books in one," Robert said during a recent interview.

Included are 125 recipes — a collaboration with chef Brian Alberg, vice president of culinary development for Main Street hospitality — inspired by the farms visited in the cookbook.

Elisa added, "We are passionate about the Berkshires. When we say the Berkshires, we want to be clear that our cookbook and book about Berkshire farming really encompasses the whole area beyond Berkshire County, which includes parts of New York state, Vermont, goes over to the Connecticut border, etc. "But, we were passionate about the area and making people aware of the extraordinary quality of life in the area, both in terms of, you know, the culture, recreation — all the reasons that so many Berkshire people choose to live there."

But, the couple, who have spent 35 years in the Berkshires, splitting time between their homes in Becket and New Jersey, were driven to write the book after realizing they didn't know many of the farmers they had met at local markets.

"The origin of all this was really our son, Rafi, who, while he was still pretty much in high school, began to farm our backyard in Becket and began to sell his produce at the local farmers markets. And through him, we met many of the farmers that we ultimately ended up meeting with and interviewing," Robert said.

"Although we'd spent a tremendous amount of time in the Berkshires, we didn't know the farmers," Elisa added. "We'd go to a farmers market here and there, but we had no idea really what went into producing that tomato that ended up in the farmers market or on the farmer's farmstand."

Despite being in the food distribution business for years, neither had really thought about the effort and time invested in farming.

"What happened is, when our son started farming — he had gone for a semester to a school in Vermont that was based on farming and learned to farm there — we watched and saw what it took for him to farm our property ... we saw him working nonstop, almost 24/7, right before a farmers market to get the freshest, cleanest produce out on his farmstand," she said.

That was when it became apparent to them that almost everyone outside the farm industry was unaware of what it takes to bring "really quality-driven food" from a farm to their home.

"It was a journey four years in the making," Robert said, "with a lot of going up and down the backroads, country roads, and meeting the farmers and, of course, the restaurants, because we also have profiles and highlight recipes from many farm-to-table restaurants in the Berkshires."

Along the way, the Bildners recognized their desire to collaborate with a local chef.

"We wanted to collaborate with a chef who is well-known in the area; who was dedicated to the same mission that we have, which is to promote local," Robert said.

Alberg, whom they knew from their many years in the Berkshires, and through their son, seemed like a perfect fit.

"We asked Brian if he would collaborate with us and basically create recipes for us that are inspired by the products grown by our farmers," he said. "And that's what Brian did. He created most of the recipes in the book. The recipes were tested, developed and tweaked a lot. But, that was Brian's role."

Elisa added, "We spent time with Brian on the farms, just talking about what was what and what we learned from speaking to the farmer."

One thing they focused on was keeping the recipes simple, highlighting a particular fruit, vegetable or piece of protein.

"The ingredients are what speak for the recipes," she said.

"It's probably the best goat cheese we've had in a long time," Robert said. "This recipe highlights the goat cheese. This recipe, which Brian created, beautifully brings out the goat cheese in a lasagna, that anybody we've cooked it for has loved."

Other favorites include a glazed blueberry lemon bread, inspired by Mountain Pasture Farm, a certified-organic berry farm in Becket, and a chilled melon and mint soup, inspired by Dave Leavitt, the "Melon Whisperer."

"What characterizes these recipes is that each highlights ingredients that can be found locally, and other regions as well. So, although this is very much focused on the wider Berkshire area, it's a paradigm for what it means to know your local farmer, to buy local, support them," Elisa said.

"If there's anything that we want to impart to readers, it's really: know who your food is from; know your farmer; understand why it's so important to buy locally; understand what it took for that farmer to get his or her fruits, vegetables or meat products to you. Buy local."

No recipe? Cookbook author Phyllis Good says, 'no problem,' in latest book with tips for getting dinner on the table

Cookbook author Phyllis Good wants you to find the adventure in cooking again.

"I have always had a great deal of admiration for home cooks," Good said during a phone interview from her home in Lancaster, Pa. "They have the hard job of putting food on the table every day, many times a day, sometimes under great stress. They are the best to learn from. They have all kinds of tricks; they're the ones whose kids bring friends home all the time for dinner."