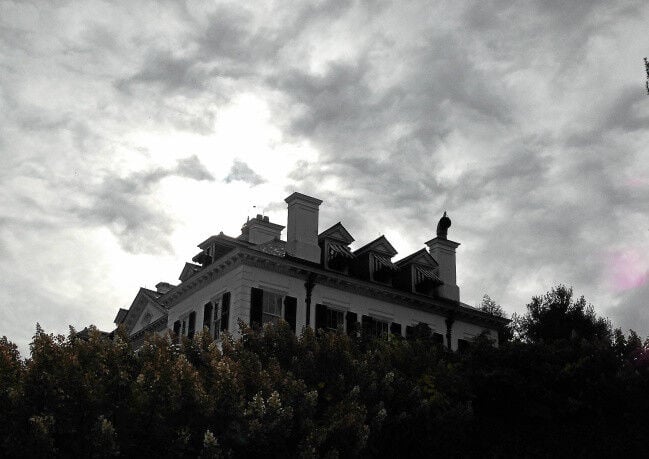 SyFy's "Ghost Hunters" returns to The Mount in Lenox during the paranormal investigation show's season 10 finale, which airs at 9 p.m. Wednesday. 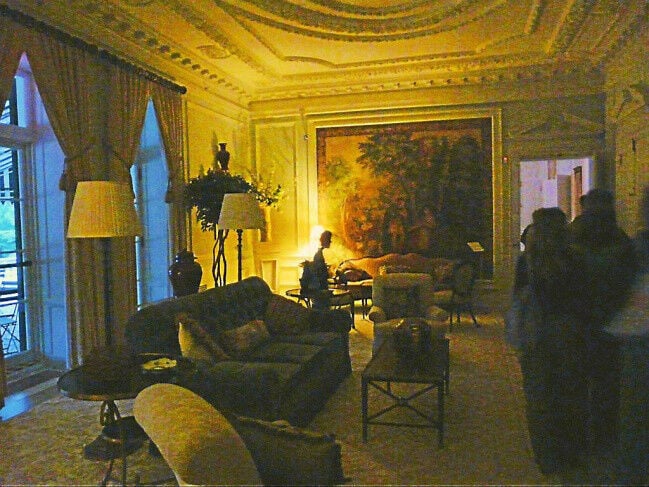 An image of a spooky figure in Edith Wharton's drawing room is captured in a photo taken by Nancy L. Pastor during a ghost tour at The Mount in Lenox.

SyFy's "Ghost Hunters" returns to The Mount in Lenox during the paranormal investigation show's season 10 finale, which airs at 9 p.m. Wednesday.

An image of a spooky figure in Edith Wharton's drawing room is captured in a photo taken by Nancy L. Pastor during a ghost tour at The Mount in Lenox.

LENOX — Do you believe in ghosts?

Edith Wharton poses this question in an essay that appears in the preface of a collection of her own ghostly tales.

Those are the questions members of The Atlantic Paranormal Society, also known as TAPS, will try to answer during a one-hour episode of SyFy's "Ghost Hunters" set to air on the cable network, at 9 p.m. Wednesday.

The episode, which was filmed in December 2014, is the paranormal investigation show's second visit to the Lenox estate. The team, led by founder Jason Hawes and lead investigator Steven Gonsalves, first investigated the mansion and its grounds in 2008. The original episode, which aired during season five of "Ghost Hunters" in 2009, turned up several pieces of evidence, including a thermal image of large handprint, that left the team with more questions than answers.

"There have been many, many reports of mysterious activity at The Mount since the Ghost Hunters' last visit," tour guide Robert Oakes said in a recent email interview. "As [The Mount's] Ghost Tour guide for the last five years, I have heard countless visitors' tales of odd sensations, sights and sounds experienced during tours. Others have sent in photos that are truly unusual. And many people from the local community have shared stories with me of strange things experienced here over the years. I think all of this piqued the interest of the Ghost Hunters and made them want to come back for another investigation."

The ghost tours are offered on a seasonal basis; they will begin again in summer 2016.

Among the increased activity at The Mount is the appearance of two seated figures in the drawing room. The figures, a man and a woman, are reported to be reading in silence in a spot where Wharton and her husband, Teddy, were known to recline.

But the Whartons may not be the only residents who are lingering at the home turned museum. The home, which Wharton built in 1902 and sold in 1911, was home to two other families, a boarding school for girls, and Shakespeare & Company before becoming a museum.

"The older the building, the greater possibility that the structure will have seen some trauma, such as family deaths, murder etc.," Gonsalves said in a recent email interview with The Eagle. "It's not always connected to the structure though, it could be connected to an object or even the land."

In the case of The Mount, the reported hauntings aren't just limited to the main house. Sightings of apparitions, the ominous feeling of being watched, strange odors without sources and disembodied voices also are reported in the stable and cottage house.

The estate's expansive size, along with its multiple buildings, was a challenge TAPS team members once again were faced with.

"We cover the areas with the highest probability to capture some evidence," said Gonsalves, who also oversees the technical set up of the team's ghost hunting equipment. "This would include spots in the location where the activity happens most frequently and to many different people, not just one person. After those areas are covered, we then start to look at our secondary locations. The DVR will be set where the high frequency spots are and then we will set up our secondary DVR and then move to hand-held cameras and equipment."

In the previous investigation, the team employed a variety of equipment, including detectors that record vibrations and electromagnetic fields (EMF), thermal cameras to detect heat signatures, as well as digital sound recorders and hand-held cameras. The equipment, combined with personal experiences, is used to either capture "evidence" or used to find the source behind a "haunting."

In the 2009 episode, team members investigated claims that several people had heard a child calling out in one particular location on the estate, only to discover its source — a sound emitted by computer servers stored in a nearby office.

Trying to "disprove" a claim is an important part of paranormal investigations, Gonsalves said.

"It is absolutely imperative to try to disprove or debunk the claims. Any team that doesn't is leaving itself open to misinterpretation and non-genuine experiences of activity," he said. "The ones who don't implement this technique simply don't truly care if they find the truth or not. They just simply want the place to be haunted for whatever reason."

Finding out whether or not the estate is haunted isn't an expectation Oakes had going into the second investigation, nor was he worried about the claims being disproved.

"At the end of the day, what I love about all of this is that it is a celebration of the mysterious," he said. "I love the exploration much more than any answer."

Perhaps the best outcome of the reported hauntings is the new audience the television show and the seasonal ghost tours have brought to the estate.

"In addition to telling our ghost stories, during the tour we share plenty of information about Wharton, her works and this house she designed and loved," Oakes said. "I've seen plenty of people reach for a Wharton book in the gift shop at the end of a tour or have had people ask questions about her.

"Many people don't know that Wharton, herself, was a writer of ghost stories and loved a good, scary tale," he said. In sharing our own stories, as we appeal to the imagination and a sense of mystery, I feel we are honoring her work and passion."

"Ghost Hunters" airs Wednesdays at 9 p.m. on the SyFy channel. To view a sneak peek of the episode filmed at The Mount, visit: http://www.syfy.com/ghosthunters/videos/ghost-hunters-sneak-peek-season-10-episode-13.