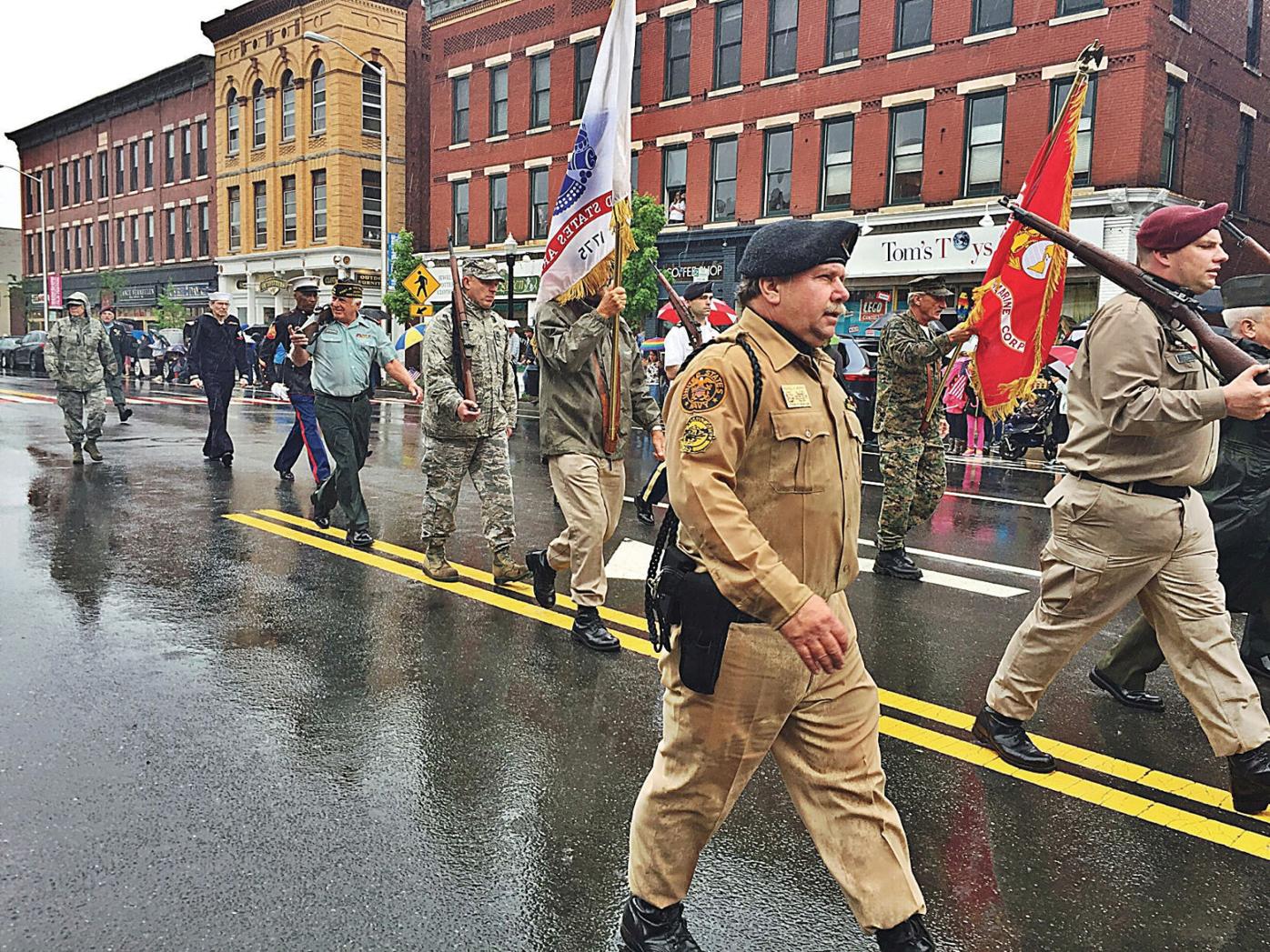 Nothing could rain on Great Barrington's Memorial Day parade and ceremony Monday. 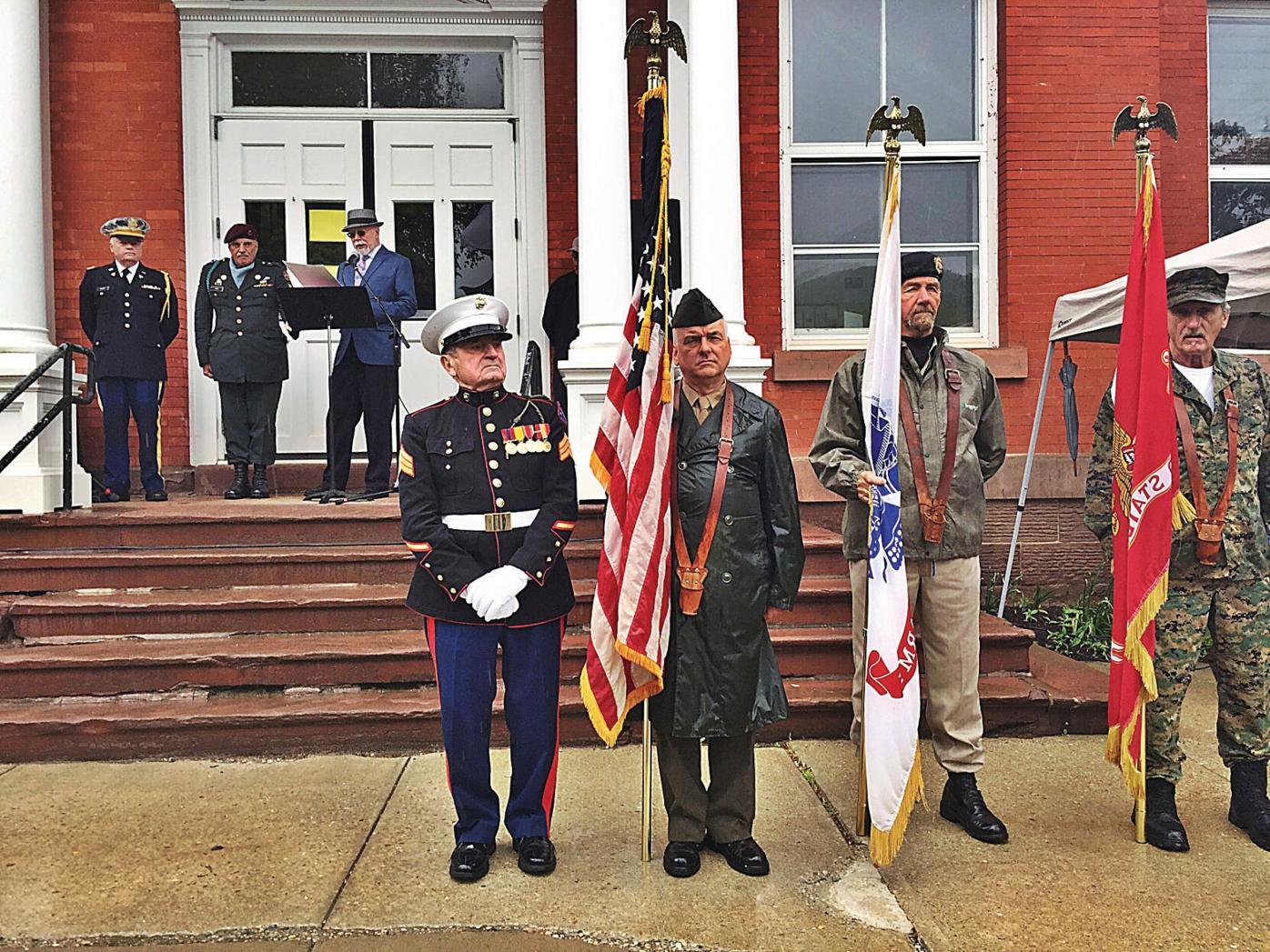 Nothing could rain on Great Barrington's Memorial Day parade and ceremony Monday.

GREAT BARRINGTON — A steady rain was no match for those who came to honor the dead today.

Bands marched and played, and people came out. And while most parade-watchers scurried back indoors after, about 75 people gathered at town hall for a ceremony where names of the dead were read, flags were put at half-staff and wreaths were laid.

Recently retired Rev. Charles Van Ausdall of First Congregational Church asked everyone to "pray and remember" those "who did not ask to be put in harm's way."

A poem was read about what it feels like to die in combat. And the rain fell harder.

Sharon Gregory of Great Barrington came, thinking about the uncle she never met. His plane was shot down right after the war ended, when he was on his way home to his new bride, whom he hadn't had children with yet.

"I still get shaky when I talk about it," she said, her voice breaking. "He was the oldest son, my mother's brother. He was killed soon after he got married."

But Kwong's legacy soars through this Chinese-American family. Before he went into combat, Kwong had passed an inheritance from his grandfather — who immigrated from China in 1860 and ran a dry goods store — to his two younger sisters, who used it to go to the University of California at Berkeley.

"The family would not have been able to go to college if it weren't for that," she said.

Gregory also said she was there to honor another uncle who served as a medic during the Korean War, and her brother, who got a Bronze Star for heroics during the Vietnam War.

But for many of those who did return safely, the memories are too hard to speak of.

Tom Gage, born and raised in Egremont, came back to the town after two years in Vietnam with the U.S. Army's 101st Airborne Division.

"Look up the 101st Airborne," he said, with a sad smile, when asked about his experience.

"It's gone — those days are passed," said Steve Blackwell, who was wounded in Vietnam.

He said he didn't want to talk either, but touched the Purple Heart on his uniform.

Blackwell did want to say that he hoped people understood "what price is paid" for freedoms here, and to consider the "suffering of families that goes on for years" after losing a loved one in combat.

Before being called back for service in the Korean War, former U.S. Marine Corps Sgt. Joe Kay was stationed in China from 1946 to 1948, and said while there was no combat, it was a fascinating time.

"There were still rickshaws," he said.

Then Kay made haste for his car, and said he was headed home for a cookout with family, "In the rain."