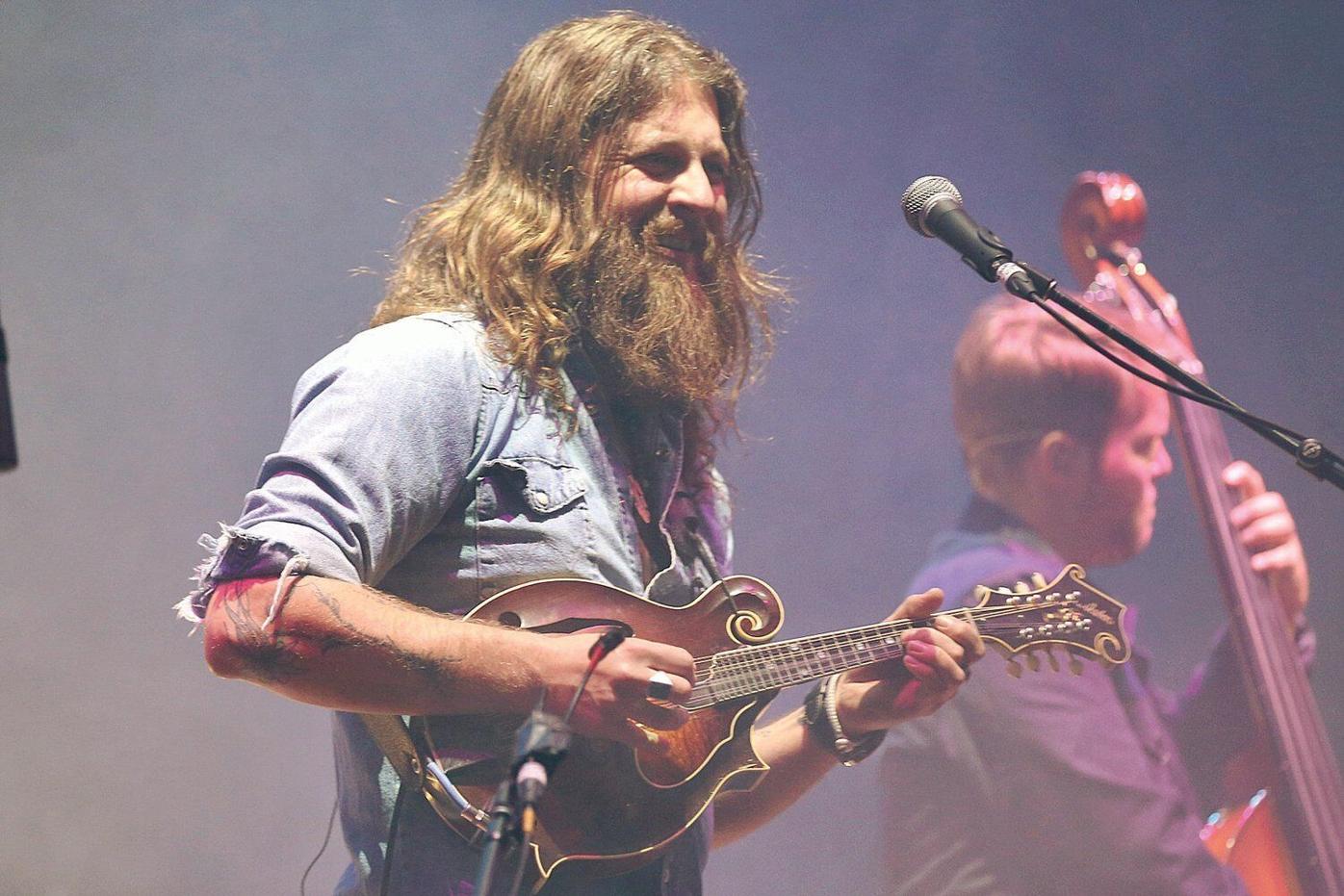 Mandolinist Paul Hoffman of Greensky Bluegrass. The band released its newest album "All for Money" in January of this year. 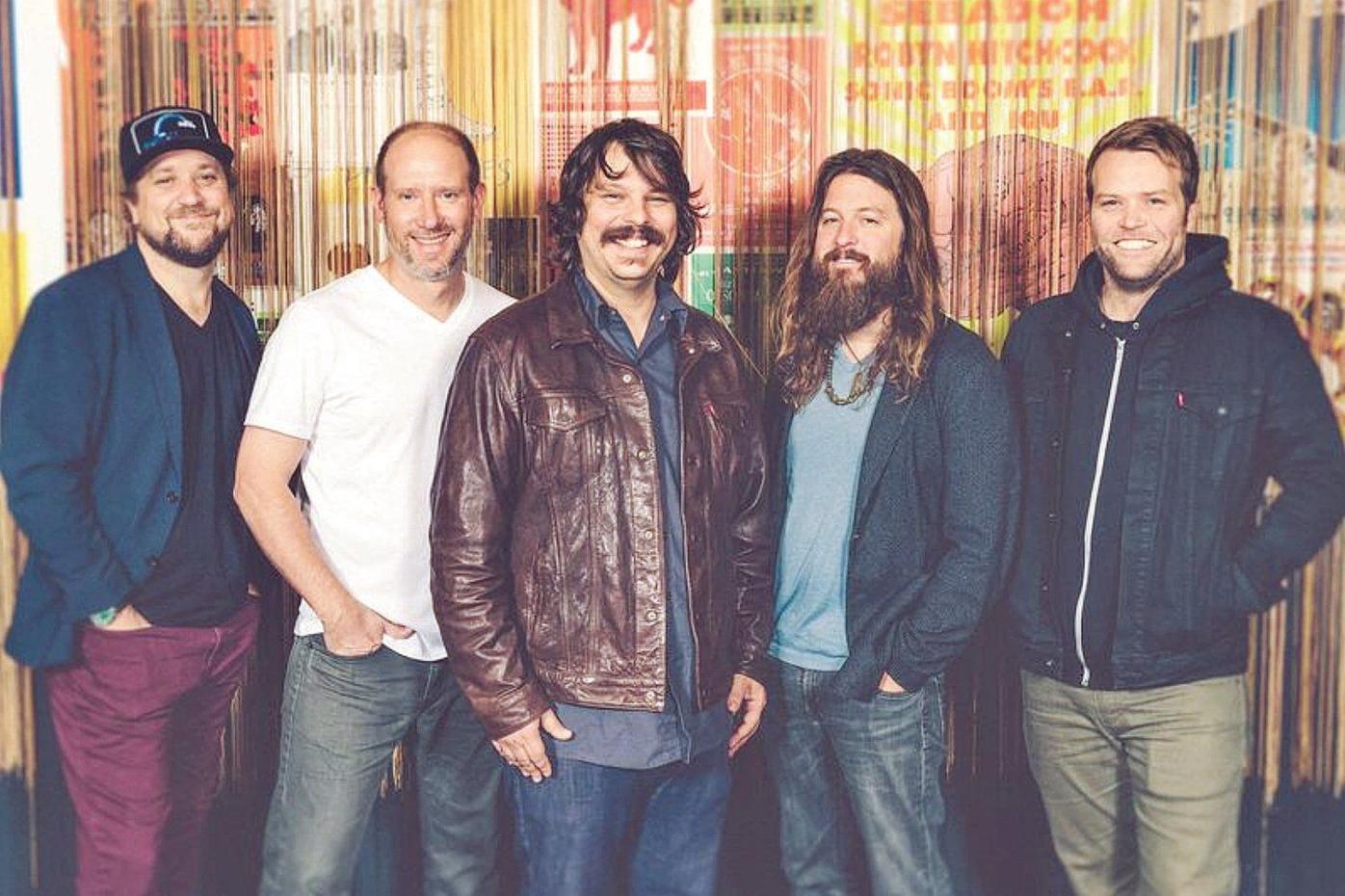 Greensky Bluegrass will perform at FreshGrass on Saturday night.

Mandolinist Paul Hoffman of Greensky Bluegrass. The band released its newest album "All for Money" in January of this year.

Greensky Bluegrass will perform at FreshGrass on Saturday night.

NORTH ADAMS — For nearly two decades, Greensky Bluegrass has steadily built a devoted following on the back of its rocking live shows.

"Our song catalog is enormous, so you can come to a Greensky show and never see the same show twice," banjo player Michael Arlen Bont said Thursday before a trio of concerts at Red Rocks Park and Amphitheatre in Morrison, Colo.

Yet, the band has good reason to be playing many of its most recent tunes when it performs at FreshGrass on Saturday night. The band recorded its latest album, "All for Money," with concerts in mind.

"One of our goals for this album was more songs that suit our live show as opposed to songs that just serve the album," Bont said of the record that was released in January 2019. "Sometimes, you're making songs that are going to go on the album, but are never going to be played live, but this album, our intention, pretty much with every single song, was to have the ability to play it live."

"We had the songs, but a few of them were basically just lyrics and chorus with no basic song structure," Bont recalled, "so this is one of the first albums where we actually developed a lot of the songs in the studio as opposed to having them already done and pretty much ready to go."

One of those tunes was "Wish I Didn't Know." The group started a session with the song's words and a loose chord structure, but nothing else. By the end of the day, however, they had figured out its shape and recorded all of its vocals and parts, a rarity in the recording process.

"We started and finished a song in one day, which is really cool," Bont said.

"It's Not Mine Anymore" follows "Wish I Didn't Know" on the record. Penned by Bruzza, the song is dark.

"It's not mine anymore, if it ever was at all / If it ever lifted high enough to fall," the track opens.

Bont calls the tune a "political statement" about the "way our country is just messed up." The album's title, on the other hand, is a tad lighter.

"It's obviously not all about the money," Bont said of "All for Money," laughing. "Otherwise, I'd be doing something different. It's more about appreciation for our fans and the fan base we've created and the fact that we don't do it all for money. We do it for all the people and all of our fans."

That following has been growing gradually since the band's formation in Michigan, according to Bont, but the group's triumph in the 2006 Telluride Bluegrass Festival band competition accelerated its rise.

"We had been touring for a long time, and actually, at that point, you're touring so much, you're not really sure if it's going to be the end game," Bont said of a band that, according to its website, has played as many as 175 shows in a year. "Finally, to get some notoriety from our peers, like, 'Hey, you guys are doing something right,' I think that gave us the fuel to continue on."

Some of the group's diehards will undoubtedly be traveling to North Adams for the annual roots music festival held at the Massachusetts Museum of Contemporary Art. Like FreshGrass, Greensky Bluegrass has pushed genre boundaries, incorporating rock influences into a sound that significantly deviates from traditional bluegrass.

"We used to be a bluegrass group," Bont said. "We obviously love bluegrass music, but I think we've expanded our horizons and our influences and the way that we play our music to a point where now Greensky Bluegrass is just part of the name."