Get the latest high school football news by the Berkshire Eagle, delivered right to your inbox
1 of 5 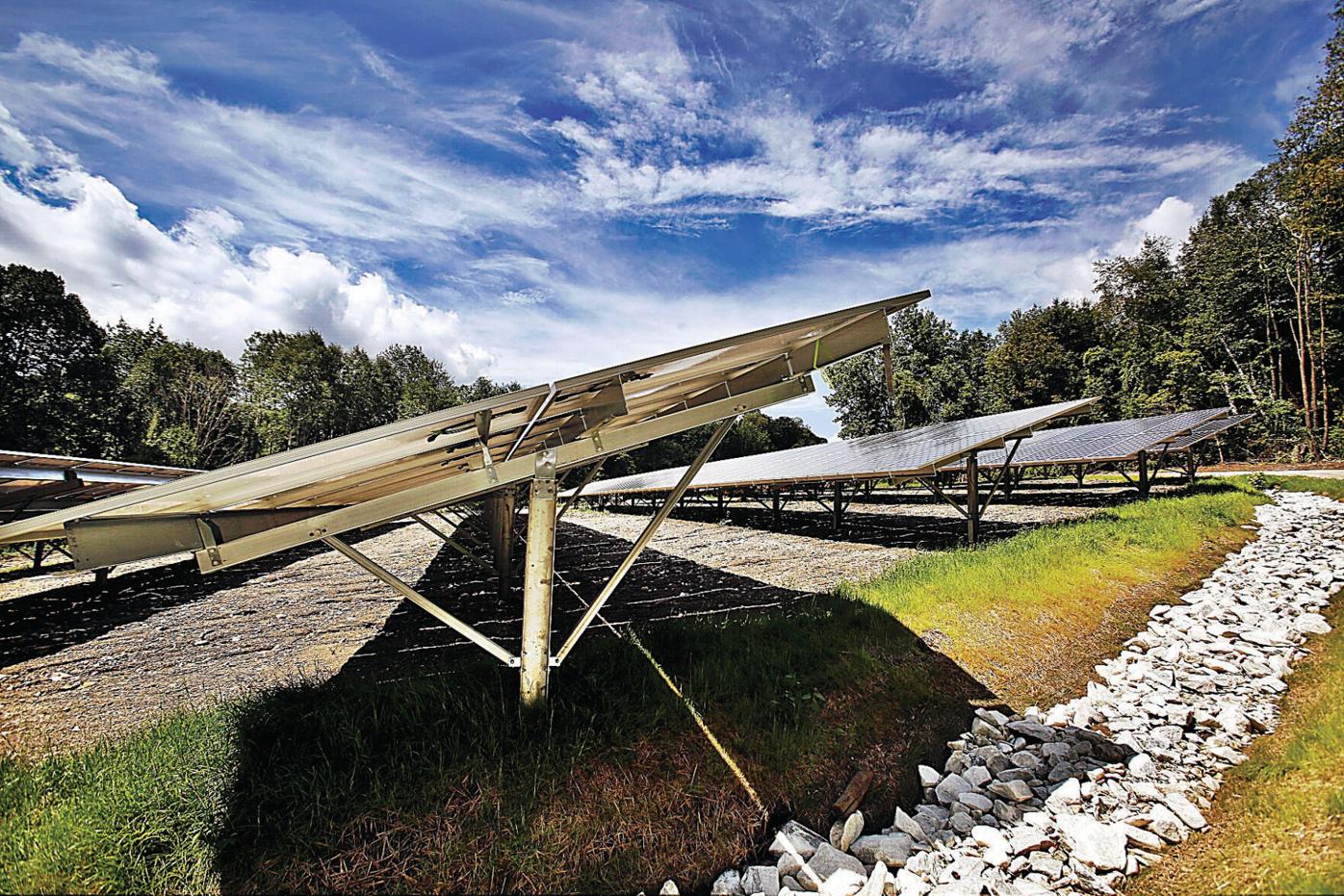 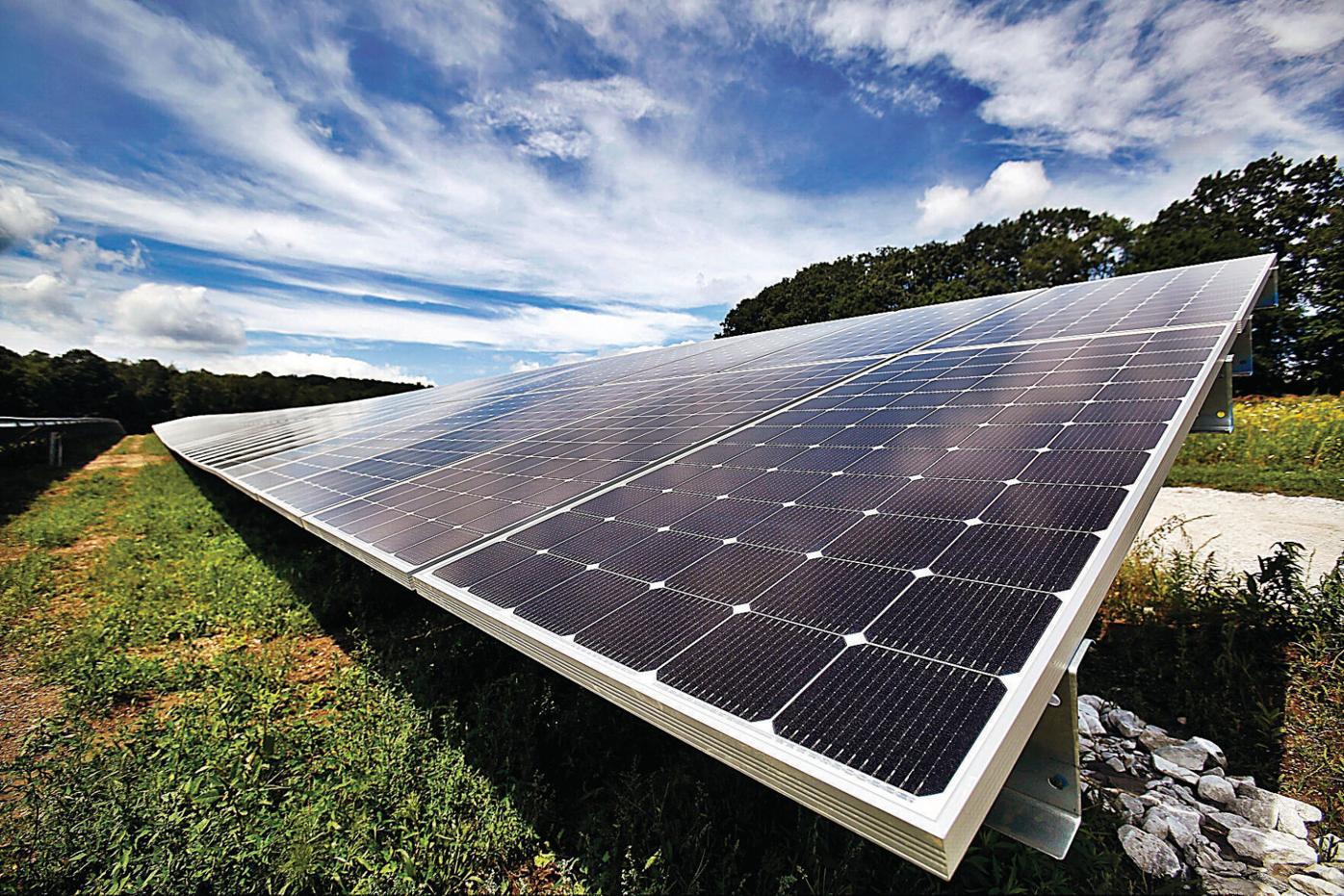 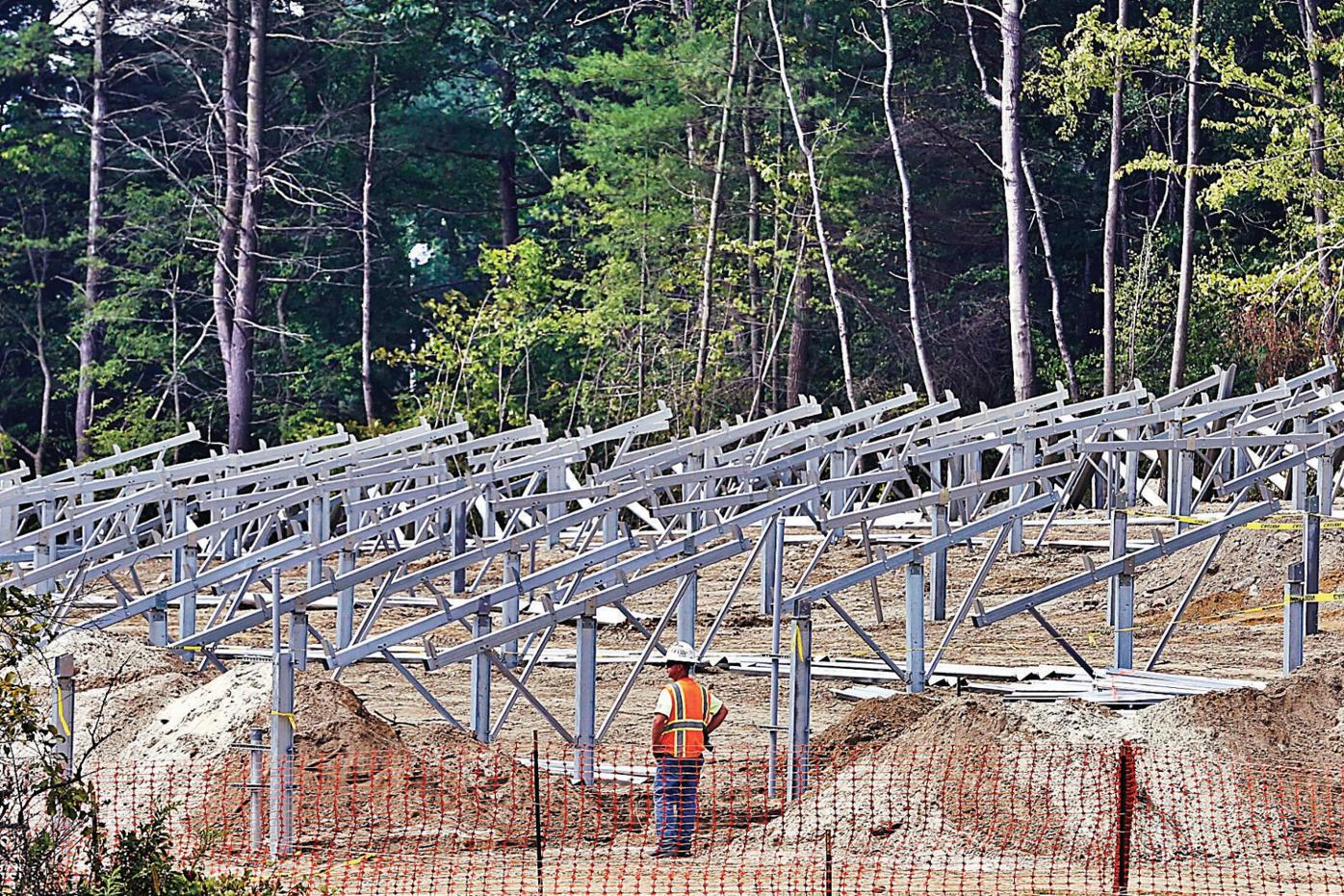 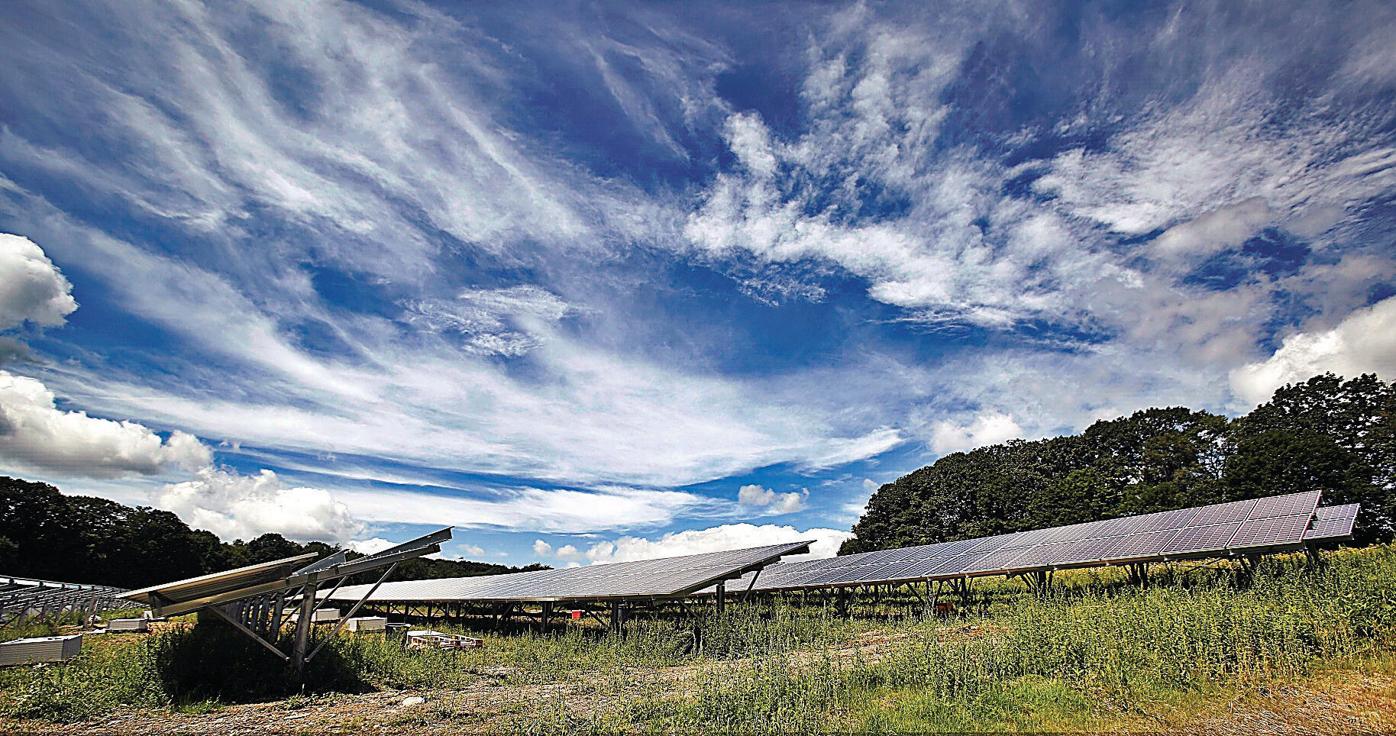 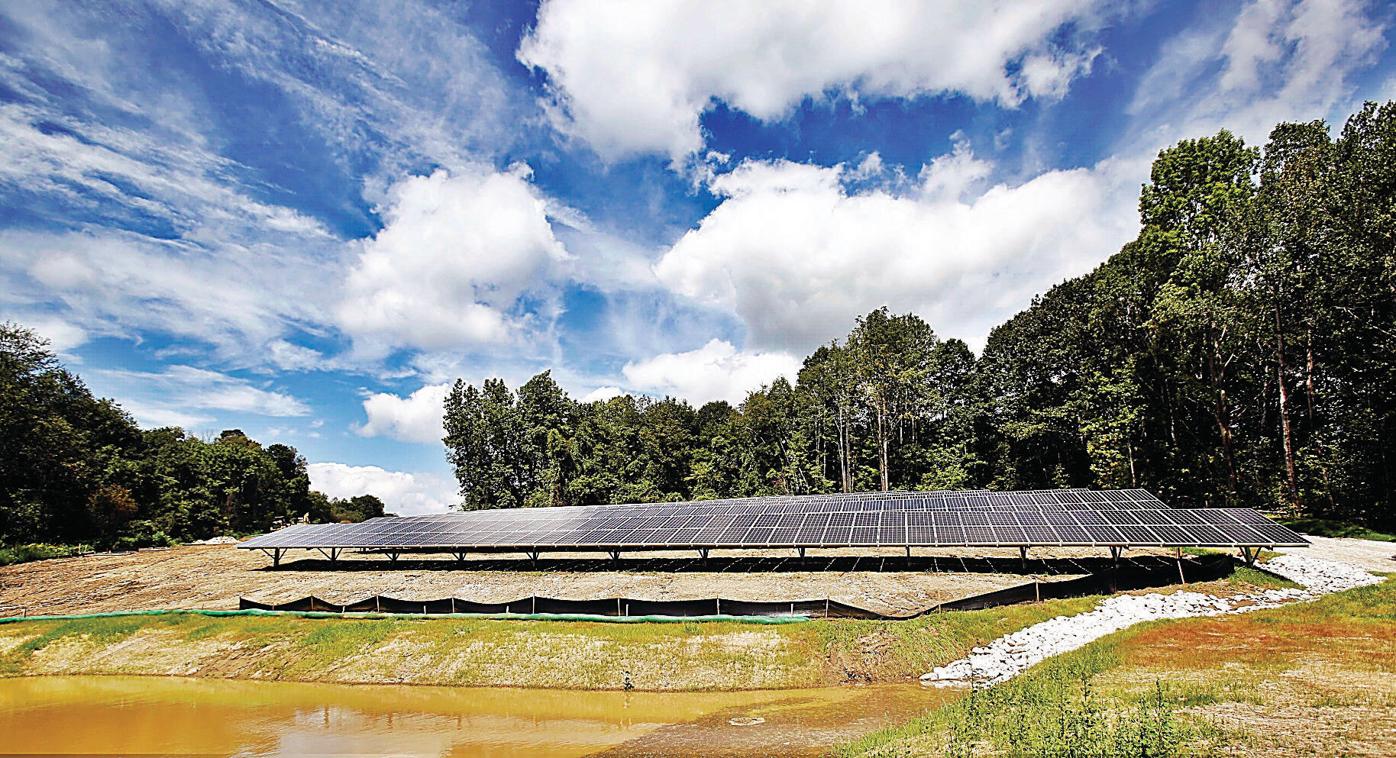 A 6.6-megawatt solar array on Partridge Road in Lanesborough would have been one of the largest Eversource had built.

But the company abandoned the project because of interconnection issues — the capacity produced would be too much for existing equipment to handle.

And the cost to upgrade the equipment made the project unworkable.

Elsewhere in the Berkshires, a statewide push for more solar energy spurred by recent legislation has encountered similar obstacles.

None of the large-scale solar projects proposed since 2014 in Dalton have come to fruition. Two were abandoned because of the cost of interconnection, said Ken Walto, town manager.

"The developer didn't want to bear that cost," he said. "It made the projects uneconomic."

Berkshire County is the site of two potential new Eversource projects — one 2.3-megawatt array under construction in Lee and a proposed 6.6-megawatt facility in Dalton. The company is also constructing an array on Partridge Road in Pittsfield.

The effort comes after the state Legislature approved an energy bill last summer allowing utilities to maintain up to 35 megawatts of solar power across the state — 70 megawatts for Eversource, as it is formally composed of two electric companies.

Electricity from Eversource's solar facilities goes into the regional electric grid and is purchased by suppliers on the wholesale market.

Eversource is seeking sites for solar facilities across the state, but Berkshire County has emerged as a key location.

But interconnection costs for solar facilities in the county have presented barriers for solar projects in the last few years.

"The infrastructure is not designed to handle the amount of solar generation the state is encouraging to be built, and ... is being built," said Beth Greenblatt, managing director of the Boston-based energy advisory management services firm, Beacon Integrated Solutions. "Some of the challenges that we're having in the Berkshires is that the infrastructure can't support a lot of solar [facilities] without significant, costly upgrades."

Infrastructure issues must be considered across the state, not just Berkshire County, Durand said.

"Affecting reliability primarily means power outages as a result of something [going] wrong," he said. "We cannot have that. That is something we are committed to avoiding."

Solar already has a strong foothold in Berkshire County, with many residential and private developer-owned projects initiated in the last several years.

In Pittsfield alone, multiple new large-scale projects have been built — completed or are now almost complete — in the six years C.J. Hoss has been city planner.

Solar facilities must interconnect to the regional electric grid.

These challenges are more to be expected in areas like Berkshire County, whose infrastructure is older than metropolitan areas of the state.

But rural areas also provide the most land to build such solar facilities, Greenblatt said.

Some Berkshire County projects ultimately had higher interconnection costs than anticipated, she said.

In the solar array at the Pittsfield landfill on Downing Industrial Parkway, interconnection costs were supposed to be around $350,000.

"It ultimately was north of $500,000," she said. "Because the facility was of a decent size, they were able to absorb those costs."

Utilities must consider two things when planning solar arrays: if the facility can be connected into the grid, and if the circuit that facility connects to can handle the electricity being produced.

"The utility's core mission is to deliver safe and reliable quality electricity," Greenblatt said. "That's what they're measured by."

In Pittsfield, the interest in solar comes from the city's access to the electric grid — but solar power doesn't just plug into a power line on the street, said Hoss, city planner. The infrastructure must be able to handle the added electricity from the solar array — and that's not always a certainty.

Walto, Dalton town manager, said he doesn't know exactly what upgrades — if any — would need to be made to accommodate Eversource's proposed 6.6 megawatt project in town.

But the company has to be prepared to bear those costs at their own expense, he said.

Eversource's proposed facility in Dalton is in the feasibility study stage.

"There's always ways to upgrade the infrastructure," he said. "Is it sometimes necessary? Yes. But solar — it can connect, pretty simply."

Besides the project Eversource is building on land it owns in Lee on the southern side of the MassPike just East of Route 2, the town also has an array on a capped landfill along Willow Hill Road, owned by Greenwood Energy Solar Holdings.

Greenwood has agreed to share 80 percent of the production with Lee and 20 percent with Lenox in the form of net metering credits applied to each municipality's electric bill from Eversource.

Depending on the cost of electricity generated, savings were projected to total several hundred thousand dollars per 20-year period for Lee, and much less for Lenox.

Eversource has stated that customers will benefit from the proceeds from energy it produces at solar facilities.

Customers will also benefit from the company's sale of solar renewable energy credits earned on the projects.

Solar renewable energy credits are a form of subsidy for solar energy production provided by the state.

Any money the utility makes selling those credits will be returned to customers, Durand said.

Eversource estimates it will be able to produce power from its solar facilities for about 18 cents a kilowatt hour, versus upwards of 50 cents per kilowatt hour for some private projects, according to a press release from Eversource.

"The benefit to all electricity customers is the downward pressure it puts on prices," Durand said.

Solar facilities also contribute to the tax base in the form of property taxes, he said.

Cities like Pittsfield save money with private solar projects by purchasing the electricity generated from those facilities at a reduced cost.

Three different power purchase agreements were made or are in the process of being made for the city with solar developers. In each case, the city is purchasing 100 percent of the power produced — which goes into the grid — at a discount, said Jim McGrath, park and open space program manager for the city of Pittsfield.

"We're a region that has very high utility costs, especially on the electric side," he said. "Municipalities have very strained budgets, and any way that we can be reducing the impact to the taxpayer and to homeowners in our city and our county, we need to be doing that."

Greenblatt, of Beacon Integrated Solutions, sees the cost of solar facilities as ultimately borne by ratepayers.

The cost of solar facilities owned by the utility is built into the rates customers pay. Utilities make money on renewable energy-generating projects they own, she said.