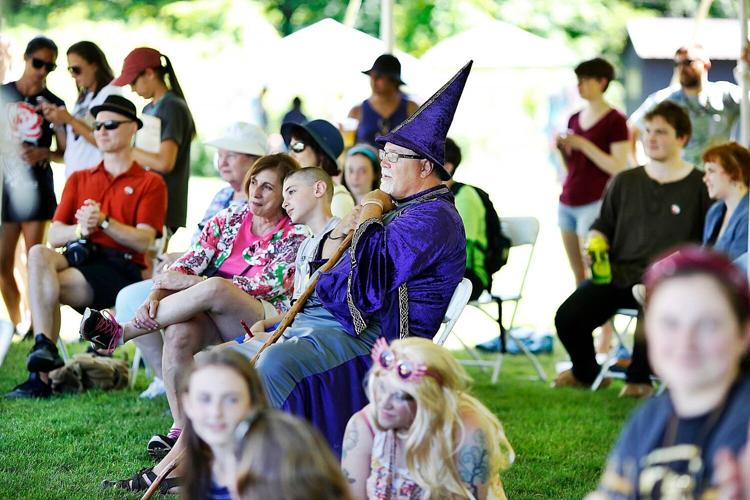 Audience members watch the costume competition closely during MAGICon on Saturday at Greylock Glen in Adams. 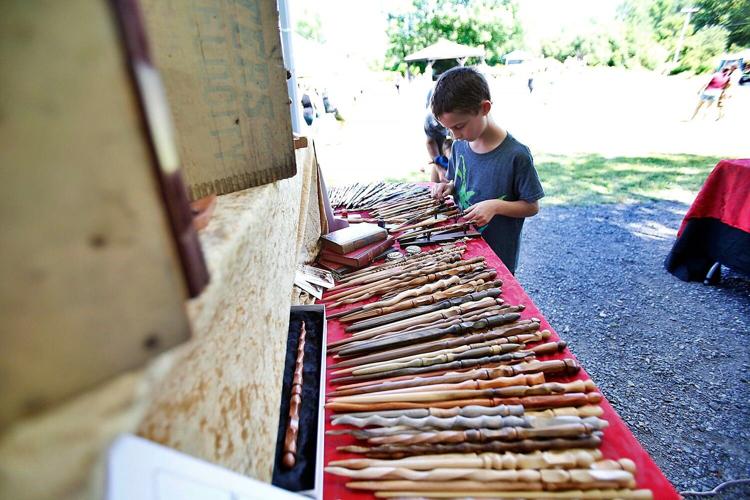 Luca Golin, 7 checks out the hundreds of wands of all shapes, sizes and materials Saturday at the Orchard Works Magic Wands booth at MAGICon at Greylock Glen in Adams. 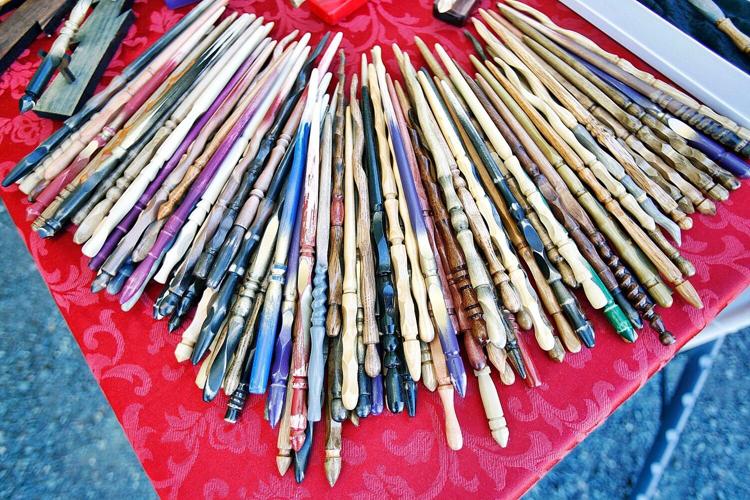 Hundreds of wands were on display at the Orchard Works Magic Wands booth Saturday, during MAGICon at the Greylock Glen in Adams. 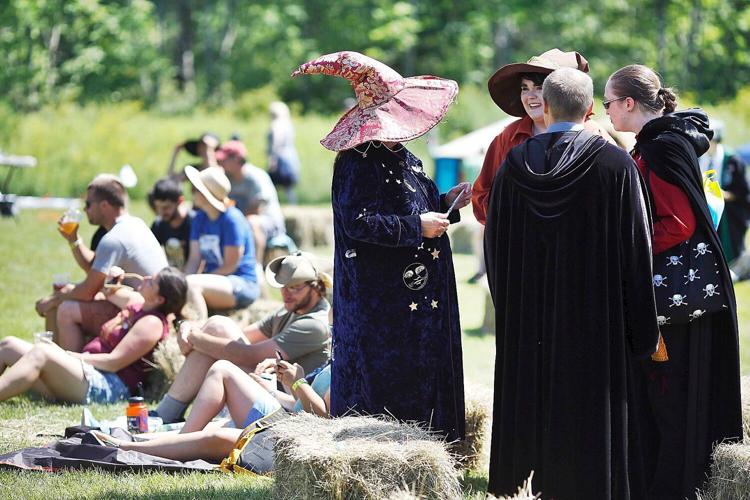 Audience members watch the costume competition closely during MAGICon on Saturday at Greylock Glen in Adams.

Luca Golin, 7 checks out the hundreds of wands of all shapes, sizes and materials Saturday at the Orchard Works Magic Wands booth at MAGICon at Greylock Glen in Adams.

Hundreds of wands were on display at the Orchard Works Magic Wands booth Saturday, during MAGICon at the Greylock Glen in Adams.

ADAMS — It's easy to see why J.K. Rowling chose Mount Greylock as the home for America's Hogwarts.

Looking up at the summit from Greylock Glen, where scores of Harry Potter-loving people gathered Saturday, fans said there's a certain magic about it.

"There's not a more beautiful, magical place," said Savoy resident Cathy Twiss, gesturing toward the mountain while in a velvety maroon cloak and hat she made herself. "It's just perfect."

As Rowling tells it in "Ilvermorny School of Witchcraft and Wizardry," the school for young witches and wizards sits upon Greylock's highest peak — it's also the highest elevation in Massachusetts — where "a variety of powerful enchantments" hide it from nonmagical eyes.

Ray Gargan, one of the event'slead organizers, said he and others in the town knew this big Berkshire connection must be celebrated. And so Pro-Adams got together with an ad hoc group and launched the annual MAGICon, short for Mischievous Appreciation of Greylock and Ilvermorny Convention.

For copyright purposes, he said the group carefully avoided coining the event after "the boy who lived," or the author who created him and the magical school atop the beloved local mountaintop.

"We're just celebrating the fact that she did that," Gargan said.

Music and food graced the glen Saturday, and a steady stream of bubbles cast a soapy glow. Fans of all ages donned cloaks and pointed hats.

Preschool teacher Erica Varieur of Savoy came with costumed little ones in tow, but said she's the biggest Potter fan of them all. She was giddy about the local connection to the books she loved.

"When she announced that, I was just floored," she said. "The minute I knew I justtold everyone I could, whether they wanted to hear it or not."

Varieur, 32, said she grew up reading the books, and "I've read the whole series four times."

Maia Perkins, 15, of Pittsfield, plucked a green-lined Slytherin robe from the rack.

"Not all Slytherins are bad," Perkins said, after trying it on and smoothing it out.

Perkins stook next to a friend, Reagan Miller, who wore a red-lined Gryffindor robe, also proving there isn't always bad blood between the two houses.

Lauren Fairweather, a musician who performed during the event, said she and headliners Harry and the Potters cater to a healthy appetite for "nerd conventions with a magical side." She said events like this one offer a judgment-free zone where fans can gather.

"Everybody is really accepting," she said. "I think Harry Potter touches the lives of every demographic."

She said many come to events like this one "feeling a little bit alone," but together "we're all the weird ones."

Harry and the Potters specialize in "wizard rock," a genre that band member Joe DeGeorge said they created accidentally with one snarky comment. Their songs are all sung from the perspective of the famous character.

DeGeorge and other well-traveled conventiongoers said there's no outdoor venue quite like this one.

"It's a magical place, being here under the mountain, looking at all the magic that we're not seeing," he said.

Meghan McGrath of Greylock Federal Credit Union, a lead sponsor of the event, said the organization supports the event for what the Harry Potter books do for children.

"Harry Potter really touched my life," she said. "It's an authentic experience that shows you reading can take you to another world."

The festivities continue from noon to 5 p.m. Sunday. The second day of the festival features "a curriculum for the magically minded," including divination, Mount Greylock lore, potions, herbology and magical creatures.