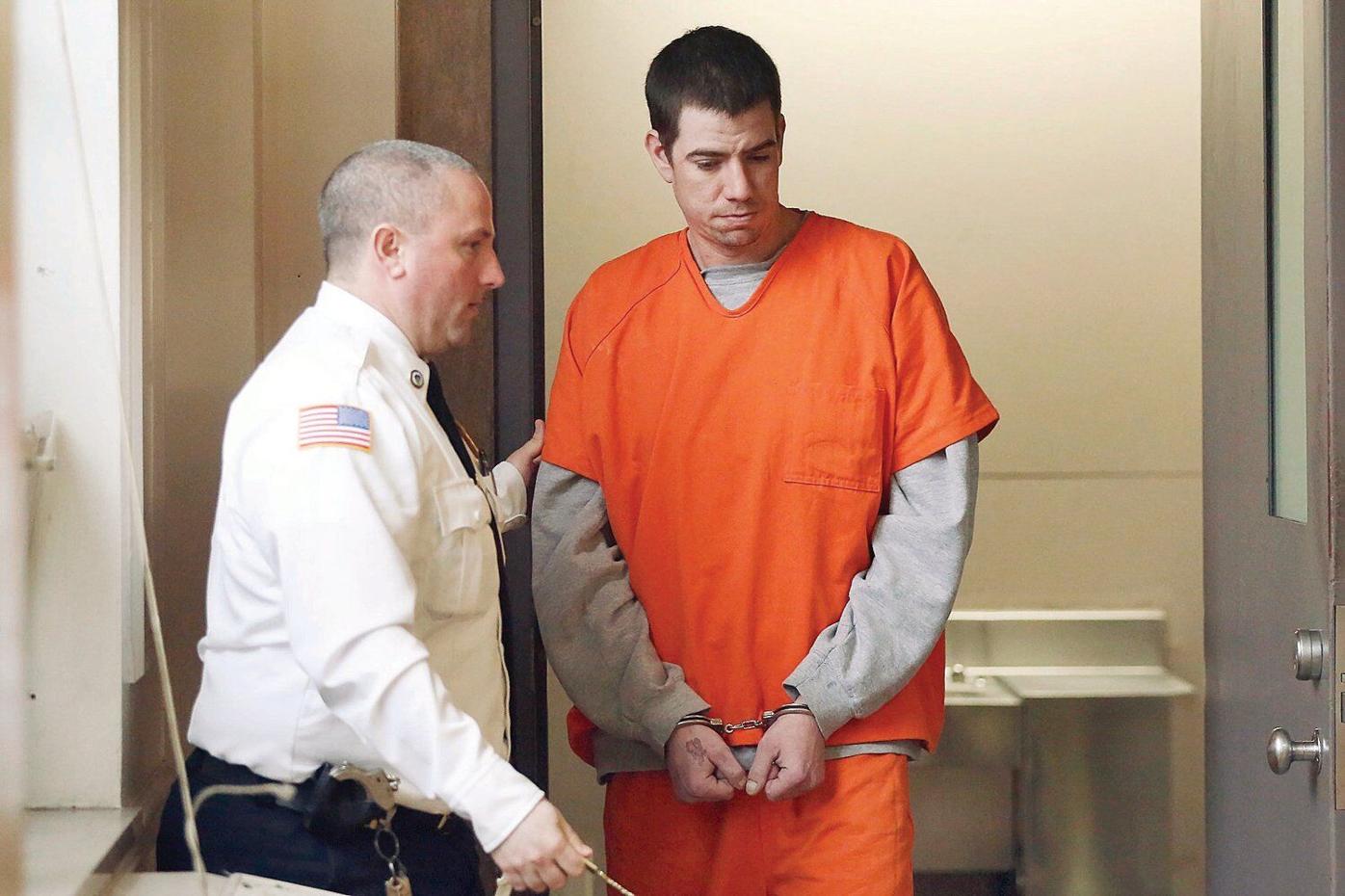 Michael Boulais, shown during his arraignment in April 2018, was sentenced to life in prison for the murder of Kassedi Clark, with whom he had four children. 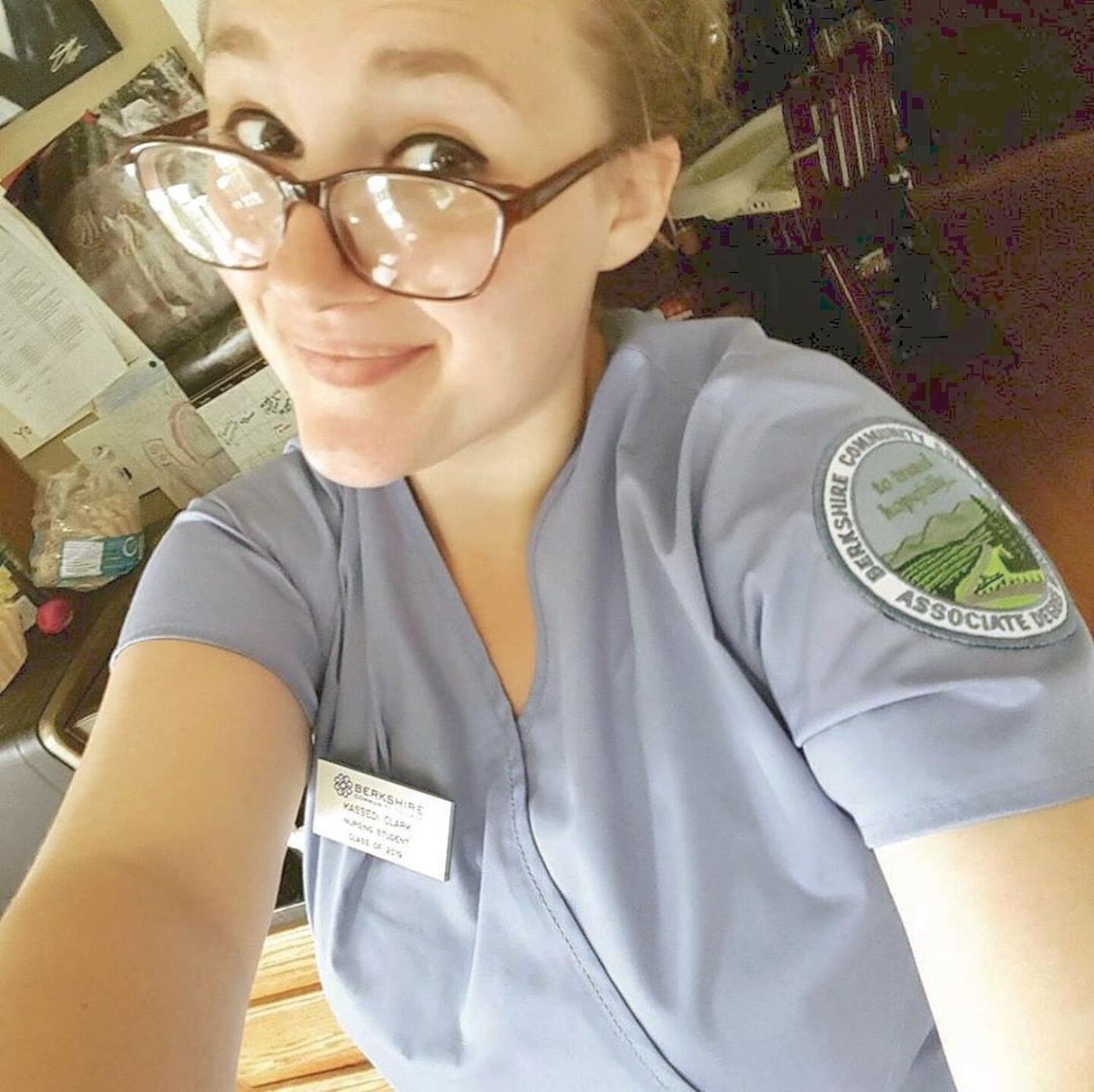 Kassedi Clark was a student in the nursing program at Berkshire Community College when she was killed in April 2018.

Michael Boulais, shown during his arraignment in April 2018, was sentenced to life in prison for the murder of Kassedi Clark, with whom he had four children.

Kassedi Clark was a student in the nursing program at Berkshire Community College when she was killed in April 2018.

PITTSFIELD — A Hinsdale man scheduled to go on trial this week for killing his estranged girlfriend was sentenced to life in prison Monday after opting to plead guilty to the crime.

Michael Boulais changed his plea in order to spare the family of Kassedi Clark the painful ordeal of putting them through a protracted trial, according to his attorney, Marissa Elkins.

But in an impact statement read in court during Monday's proceedings, Clark's mother laid bare the level of pain Boulais already has wrought.

"Every day, I wake up hoping this was a terrible nightmare and every day my heart and soul are crushed anew," said Kim Forrest.

"The fact she was taken from us, not by accident, but by the hands of someone we considered family was a betrayal doubly hurtful," she said, describing her daughter as "a shining light that helped illuminate my path in this world."

Boulais, 34, admitted to shooting Clark in the driveway of his Ashmere Drive home on the morning of April 13, 2018. He was waiting with a loaded gun when Clark, 24, arrived to pick up their children.

"She had no idea this was coming," said Assistant Berkshire District Attorney Joseph Yorlano.

Boulais chose not to speak at the hearing in Berkshire Superior Court.

He did, however, come prepared to listen, according to Elkins, his attorney.

Members of Clark's family spoke about the impact her loss had on their family and on the four children the two had together.

Yorlano called Clark a remarkable woman, whose death was made all the more tragic because she had reached what he described as a good place in her life at the time of her death.

Clark was furthering her education and was a well-regarded student in the Berkshire Community College's nursing program. She was studying to become a midwife and was expected to have graduated in 2019.

Boulais' sisters spoke to The Eagle about how the tragedy has impacted both families.

"Kassedi's family has had love and compassion for our family and we hope that everybody else has the same," said Melissa Boulais. "Because, there's two families that suffered this tragedy, not just one."

Elizabeth Greene called the relationship between Clark and her brother as unhealthy, but noted that didn't excuse his decision that morning.

"He did a horrible thing and he's going to pay for it," Greene said. "I will never forgive him for that act, but he's my brother."

"We loved Kassedi, too," she said. "We all lost her and Mike at the same time."

"She didn't deserve this," Greene said.

About 8:45 a.m. on the day of the shooting, Boulais made an approximately six-minute 911 call in which he admitted he'd "just killed my ex."

When police arrived, Boulais was on the ground in the driveway with a 9mm semi-automatic handgun.

Officers persuaded him to drop the gun and took him into custody.

The gun, which was registered to Boulais, had an empty clip inside. Police said he was carrying a second, fully-loaded magazine in his pocket.

While being taken into custody, Boulais told police, "I shot her; she was going to take everything. I should have shot myself. What did I do? I shot her."

Boulais told police he and Clark had been in a relationship for about nine years. During that time, they had numerous arguments that would sometimes escalate into physical violence.

He said he opened the passenger door of the car to speak to Clark, and the conversation turned into an argument, according to court records.

Boulais lost his temper, pulled the 9 mm from the small of his back, loaded a round in the chamber and opened fire until the magazine was empty, police said.

An autopsy determined that Clark died from multiple gunshot wounds to her head, torso and upper extremities.

Boulais pleaded guilty to first-degree murder, as well as one count each of reckless endangerment of a child and improper storage of a firearm. He was sentenced to spend the rest of his life in prison without the possibility of parole.

Judge John Agostini called it a tragic event of the type the courts are seeing more and more frequently.

Under the circumstances, Agostini said the recommendation of a life sentence was a fair one.

Boulais will serve his sentence at the Massachusetts Correctional Institution at Cedar Junction.

"I send my condolences to Kassedi's family and friends for their tragic loss," District Attorney Andrea Harrington said in a prepared statement.

"This is a just outcome for yet another domestic violence homicide in our county," she said. "I thank the law enforcement personnel for their investigation into the matter and our victim witness advocates for helping the family cope with such a terrible situation."