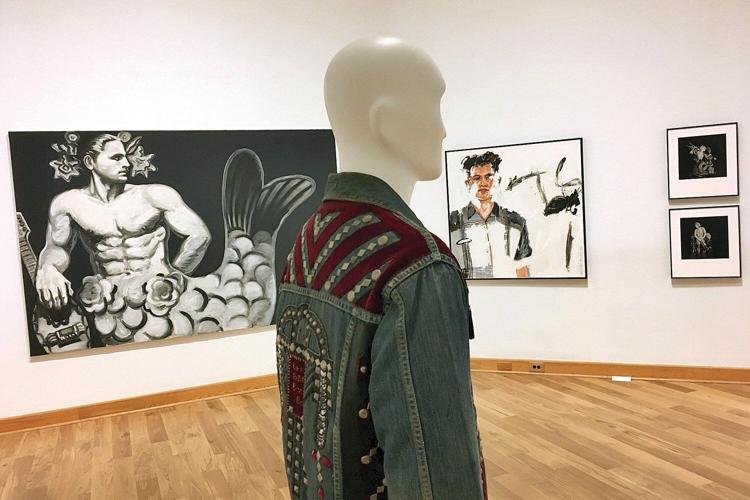 Mundo Meza's "Merman with Mandolin," 1984, hangs in WCMA's gallery as part of the exhibit, which maps the intersections among a network of queer Chicanx artists and their artistic collaborators from the late 1960s to the early 1990s. 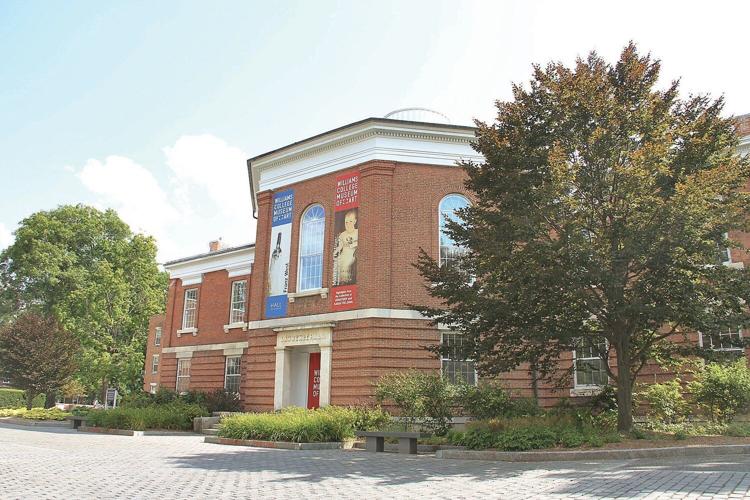 The Williams College Museum of Art's main galleries have been closed for renovations since June. This week they will reopen with the exhibit "Axis Mundo: Queer Networks in Chicano L.A." 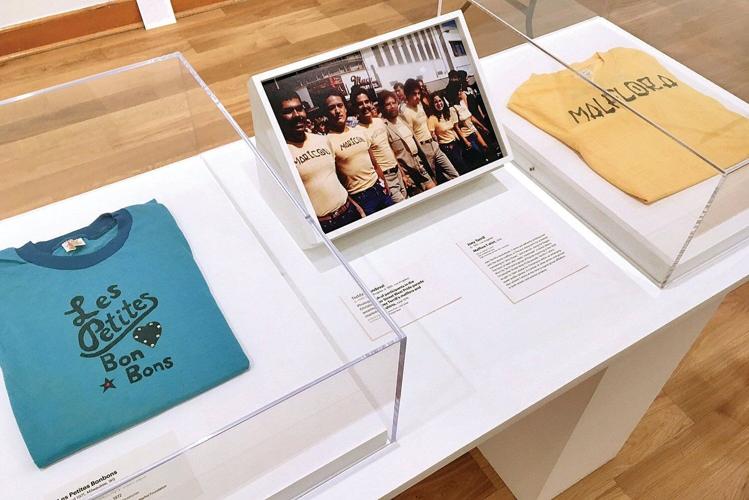 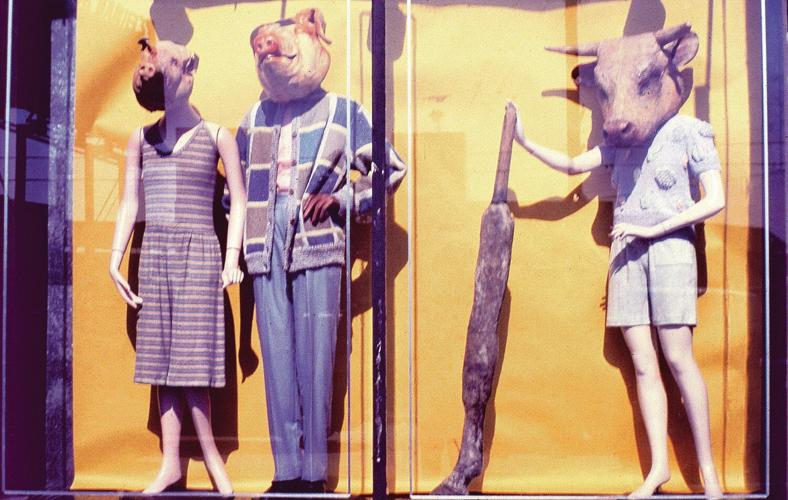 Documentation of a window display created by Mundo Meza, at Maxfield Bleu, West Hollywood, in the early 1980s. 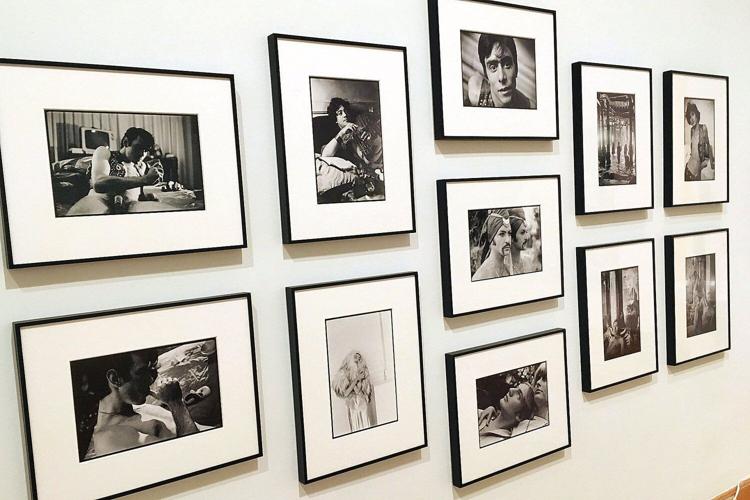 Mundo Meza's "Merman with Mandolin," 1984, hangs in WCMA's gallery as part of the exhibit, which maps the intersections among a network of queer Chicanx artists and their artistic collaborators from the late 1960s to the early 1990s.

The Williams College Museum of Art's main galleries have been closed for renovations since June. This week they will reopen with the exhibit "Axis Mundo: Queer Networks in Chicano L.A."

Documentation of a window display created by Mundo Meza, at Maxfield Bleu, West Hollywood, in the early 1980s.

WILLIAMSTOWN — This summer, the buzzing Berkshire cultural season was missing one of its reliable hives. Since June, the Williams College Museum of Art's main galleries have been closed for renovations. Commenced in conjunction with a Spring Street shop and exhibition space that will continue to operate during the school year, the construction has focused on improving the museum's accessibility, collection security, mechanical equipment and staff work areas — essentially, the institution's infrastructure. But just because there won't be a shiny new gallery to explore when WCMA's Lawrence Hall hub reopens on Friday, Sept. 6, doesn't mean that the museum will be a bastion for the familiar this fall.

"I think every exhibition represents an innovative approach and some kind of experiment," WCMA Director Pamela Franks said of the museum's upcoming shows during a Tuesday interview at the organization's temporary Schow Science Library offices.

Opening on Sept. 20, "Sense and Suggestion" will offer a multisensory experience that upends museum expectations surrounding sight and sound. Two weeks earlier, "Shift: New Interpretations of American and European Art" will begin to reconsider work by artists whose subject matter or inspiration draws from cultures distinct from their native ones. And then there's "Axis Mundo: Queer Networks in Chicano L.A," the traveling exhibition that will be cause for an opening celebration Friday from 5 to 8 p.m. Curated by Williams College professor C. Ondine Chavoya and David Evans Frantz, the display presents photography, paintings, videos, music, fashion and experimental art forms that were created by a queer network of more than 50 artists, many of whom were Los Angeles-based Mexican Americans, between the late 1960s and early 1990s.

"The show traces a history from the emergence and intersections of the Chicano civil rights movement, the gay and lesbian liberation movements and the women's movement and then looks at the impact that that had in generating new artistic strategies and new artistic modes of making," Chavoya said during an interview with Frantz on Tuesday.

Moreover, Chavoya added, "Axis Mundo" examines these movements' intersecting goals; their interaction with nascent cultural forces, such as the punk movement; and their response to the rise of AIDS. Essentially, the exhibit looks at widely known national phenomena through an understudied lens, one that has been overlooked.

"That's a really important thing for students to think about, that everything in your art history textbook ... or what's on Wikipedia is not the end story," said Frantz, who is an associate curator at the Palm Springs Art Museum.

Edmundo "Mundo" Meza, for example, doesn't have a Wikipedia page. But "Axis Mundo" revolved around the painter, designer and installation artist.

"That's a reference both to world-making and the ways in which many of the artists were creating worlds through their practices," Frantz said of the show's title, "but it's also a direct homage to Mundo Meza."

Creating a lineage of work around Meza's informed many of the show's selections. Meza's window displays at Maxfield Bleu in West Hollywood during the early 1980s exemplify the kind of alternative art spaces captured in "Axis Mundo." One section of the exhibit focuses on mail art. During the 1970s, some artists were using the postal system to exchange their art, working around the gallery and museum scene.

"It's kind of like Myspace or Facebook in generations before that technology existed, where people are often creating very intimate relationships but at a distance, and they may have never met before," Chavoya said.

Other sections focus on fashion, punk, AIDS and "role models," "a section of artists who were working before the advent of the Chicano civil rights and gay liberation and feminist movements," according to Frantz. (Incidentally, the curators noted that not all of the show's artists are Latino or queer.) One of the three role models is Pauline Oliveros, the music pioneer who died in 2016 while she was still teaching at Rensselaer Polytechnic Institute. Another is Tosh Carrillo, a performer who moved between avant-garde bohemian circles, including Andy Warhol's, before dying of AIDS in the 1980s. More than a decade ago, Chavoya found a collection of several thousand negatives of Carrillo's photography at the New York Public Library.

"His name is misspelled in the finding aid, so I think they might have been missed before. This happens a lot with Latino artists. Their names get misspelled when they are collected into an archive, if they get identified at all," Chavoya said.

The curators made several trips to the library, working with staff there to get them printed. "Arthur" depicts a person wearing a turban and staring into space, the gaze reflected in an adjacent mirror.

"As far as we know, [it's] the first time the images have ever been printed," Frantz said. "It is the first exhibition where Tosh's work has ever been exhibited since his passing from AIDS."

Carrillo's inclusion not only represents the show's emphasis on lesser-known artists but also the dogged research behind such an endeavor. Supported by research grants from the Getty Foundation as part of the Pacific Standard Time: LA/LA initiative, the exhibit debuted in Los Angeles during 2017 after years of mining personal collections and archives around the world.

"This is not a show built from museum collections," Chavoya said. "We're not just calling other museums and saying, 'Hey! What Teddy Sandoval do you have in your collection, or, can we borrow that Pauline Oliveros that you have?'"

ONE National Gay & Lesbian Archives at the University of Southern California Libraries organized the exhibit in collaboration with The Museum of Contemporary Art, Los Angeles. Independent Curators International has helmed its tour. Chavoya is thrilled to be bringing it to the campus of Williams College, where he teaches courses in art history and Latino/a studies. Franks is, too. The director said that faculty collaboration and research-driven work are central to WCMA.

"That's exactly the kind of work that we should and can do in an academic museum," Franks said. "We can really foster this in-depth research and present it."