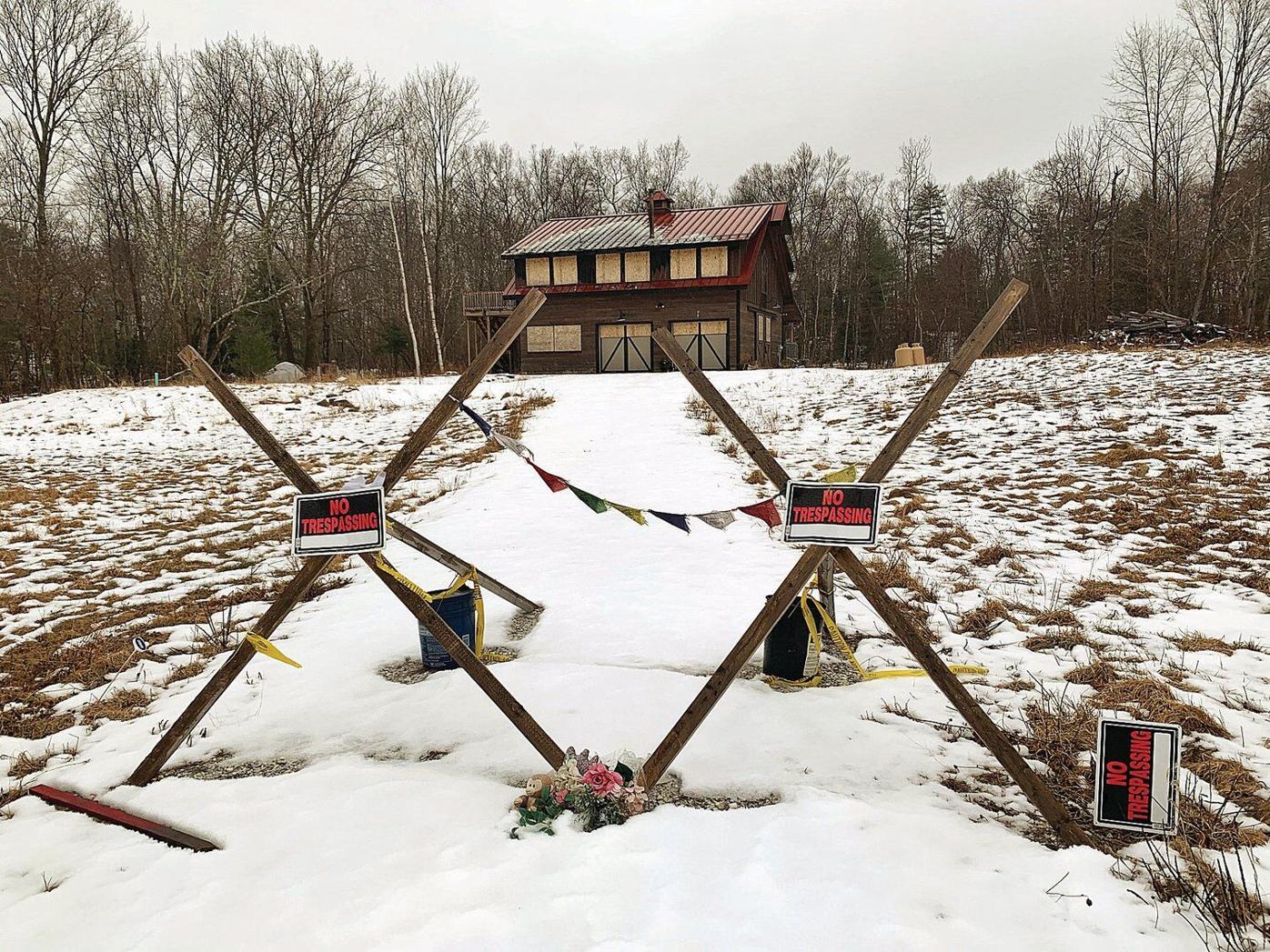 The carriage house where Luke Karpinski killed his family and himself last March will be torn down as soon as legal and financial obstacles can be overcome.

The carriage house where Luke Karpinski killed his family and himself last March will be torn down as soon as legal and financial obstacles can be overcome.

SHEFFIELD — Tibetan prayer flags flutter at the entrance to the driveway.

No-trespassing signs and police tape serve as constant reminders of the tragedy that took place there nearly a year ago.

Every day, friends and neighbors pass the boarded-up carriage house at 1343 Home Road and wonder what will come of it.

The home eventually will be torn down, according to Terri Wilbur. But how soon remains in question.

Wilbur's daughter, Justine, was killed in the home, along with her three children, by her husband, Luke Karpinski, March 12, 2019, according to authorities. The next day, Karpinski set the home on fire and took his own life.

Wilbur said the home will be razed and transformed into a place to remember them all.

She plans to keep the land and will plant a large tree and install a bench and a plaque in the family's memory. She also hopes she can salvage the back porch of the carriage house-style home.

"It was [Justine's] favorite spot," she said.

Firefighters found the bodies of the family and their two dogs while battling a fire in the early morning hours of March 13. Documents released by the Berkshire District Attorney's Office last week indicate that Karpinski was the only member of the family who was still alive during the fire, and that he had premeditated the slayings.

The killings shocked a community that found the couple quiet, responsible, and child-centered. Their twins attended Undermountain Elementary School while the youngest atteneded a private day care.

Karpinski, a federal patent examiner who worked at home, and Wilbur, a patent attorney in Albany, N.Y., bought the 5.7-acre parcel in 2016. The next year, they took out a $412,000 mortgage and began building the carriage house with plans to live there for several years in future, when they would build a larger home on the property. The carriage house was never fully completed.

Wilbur said she does not yet have the right to tear down the home.

"It's all just very much up in the air," she said of the legal and financial process. "I'm not sure what the holdup is. I know it's awfully hard for the neighbors."

One neighbor said that the daily sight of the home affects her and other nearby residents. Yet her compassion for a grieving family faced with practical matters runs deep, she added.

"It's really just eerie and weird and sad, and just so many things, every day," said Michelle Wilkinson, who lives immediately next door. "I pull out of the garage, and the house is there."

Wilkinson says she did not know the couple, in part because they were so quiet, but also because she is consumed with running her business in Great Barrington. Her grandchildren, however, rode the school bus with Alex and Zoe.

"It must be hard for the bus driver and the kids that drive by every morning," she said.

Paul Greene, who is the building inspector for a handful of towns including Sheffield, said that a permit to tear down the house would likely be fast-tracked since the utilities would have been shut down during the fire.

But this would be the only swift part of the entire calamity. Terri Wilbur says that learning what befell her family has taken "forever."

And the house, she said, will eventually come down.