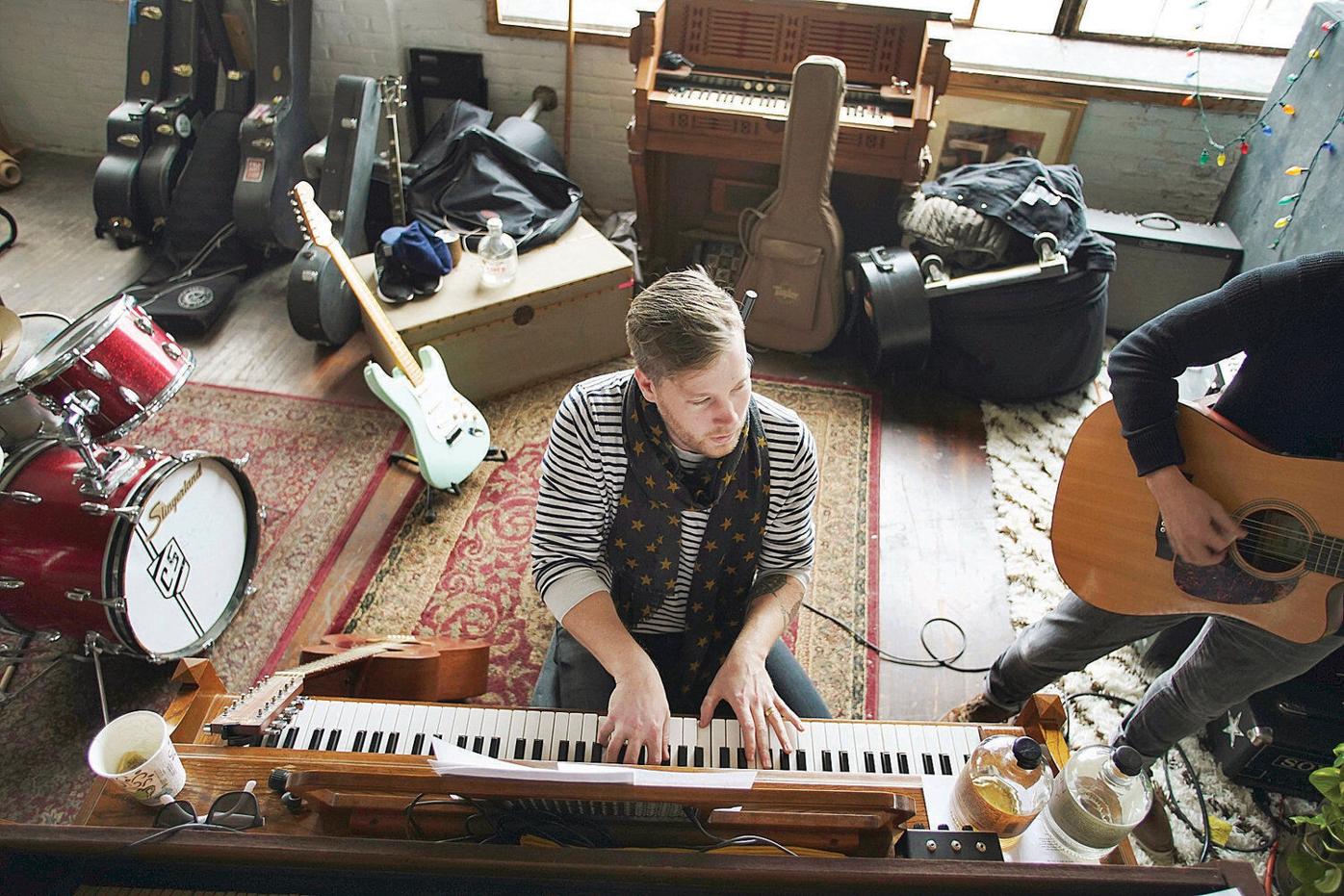 BIlly Keane rehearses in the third floor recording studio at The Stationery Factory. Keane will join Johnny Irion and Wes Buckley for a live recording session and performance in the space Wednesday. 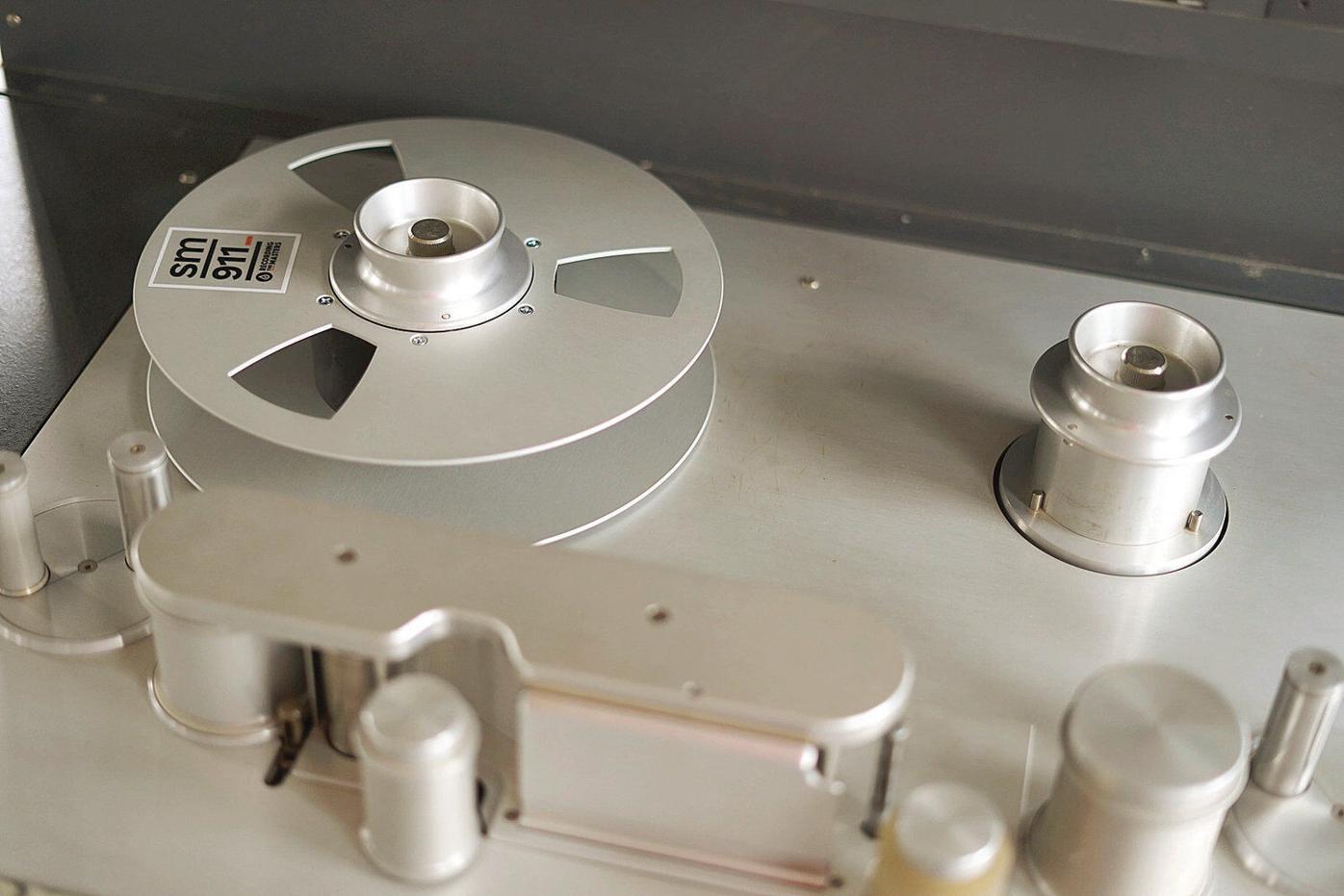 The studio has an early 1980s 24-track Studer A80 tape machine, which will be used to record the session. 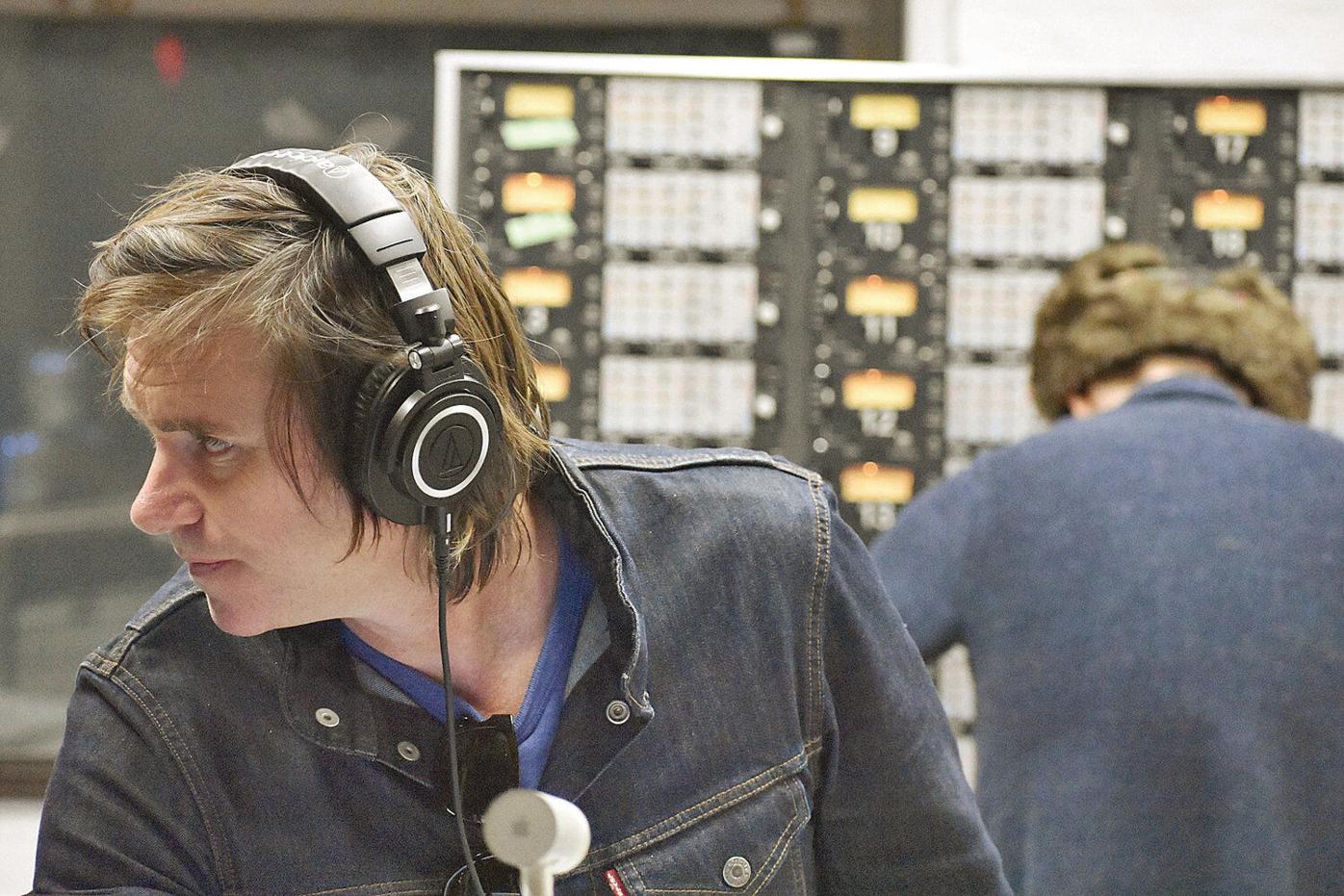 "No one is doing a live show with analog recording around here," said Johnny Irion, seen here using the 500-plus pound Studer tape machine.

BIlly Keane rehearses in the third floor recording studio at The Stationery Factory. Keane will join Johnny Irion and Wes Buckley for a live recording session and performance in the space Wednesday.

The studio has an early 1980s 24-track Studer A80 tape machine, which will be used to record the session.

"No one is doing a live show with analog recording around here," said Johnny Irion, seen here using the 500-plus pound Studer tape machine.

DALTON — The dusty third floor of The Stationery Factory gives a sneak peek into the recording life of a professional musician — guitars lined up against the wall, notepads and pencils resting atop the pianos with songs waiting to be written.

"I'm in here all day, making and producing these records, and I've realized we've got all this space that's going unused," said Johnny Irion.

He decided to invite music fans to experience the creative process firsthand. On Wednesday, Irion will host the first installment of the Honor Roll Sessions, a recorded, live performance in the space he transformed last fall for the recording of The Whiskey Treaty Roadshow's first album, which he produced.

Irion, Billy Keane — a member of The Whiskey Treaty Roadshow — and local artist Wes Buckley will perform a few songs from their new albums. The artists are excited to fill the empty chairs that line the unused space. The room can hold 75 to 90 audience members, who will sit directly in front of the recording studio, allowing them to get a close look at how it all comes together. The event, which starts at 7:30 p.m., is free but does require advance registration.

Irion said he hopes this new project will transform The Stationery Factory into a one-stop shop for musicians. What makes this space even more interesting is the room's centerpiece, an early 1980s 24-track Studer A80 tape machine.

"No one is doing a live show with analog recording around here. And if there were one, I'd be there," Irion said, laughing.

The 500-plus pound "Studer," as the tape machine is affectionately called, has traveled all the way from Irion's friend and fellow musician Jackson Browne's basement in Santa Barbara, Calif., to the The Stationery Factory. The taped recording will eventually be digitized, but Irion said he wants to take the show's nostalgic feel one step further by making the Honor Roll Session recording available on vinyl, as well.

"I want it to have an old-time radio hour feel," he said. His music is inspired by artists like The Beatles and America, who often debuted their new songs live on air.

But Irion wants this to be more than just a show.

"I like to think of it as an interactive and educational entertainment — edutainment," he said. "I want to educate the audience about recording, about new music, all while supporting the arts and having a good time."

And what about the name Honor Roll?

"There is a plaque on the ground floor of The Stationery Factory that honors the soldiers who perished during World War II. I have relatives who fought and died there and I wanted to pay tribute to that," Irion explained. "The 'Roll' part is a nod to the tape, which we are going to be recording on."

Shire Breu-Hous, located downstairs, will have a bar set up behind the seats during the recording session and there will be designated smoking and vaping sections outside. Since it is a live recording, audience members are encouraged to stay in their seats and keep the background noise to a minimum while the artists are performing.

"This first show will be more of a discussion — a jumping off point for what is to come," Irion said.

At the start of the recording, he wants to spend some time talking with Buckley and Keaneabout the music industry as a whole and its place in the Berkshires.

"The Berkshires are so rich with the arts, but I think one element that is missing is an appreciation for rock music," he said. "I wish people would attend more of these types of venues and venture outside all these bubbles we create for ourselves."

The music industry has been undergoing rapid and relentless change in the past decade. With streaming services offering listeners any song at the edge of their fingertips, artists are still trying to find a way to monetize their craft in the digital era. The Honor Roll Sessions is an attempt at bridging that gap that has alienated artists like Irion from his listeners, he said. Through the live recording, he wants to welcome them into the musician's world, get them excited about live rock music, and connect with them on a more personal level. Irion will announce any future Honor Roll Sessions after this first recording.

"I'm just really excited about it," Irion said "The show has almost sold out, which is a great start. I just want to keep making records in this beautiful space and I'm glad to have the fans be a part of it."