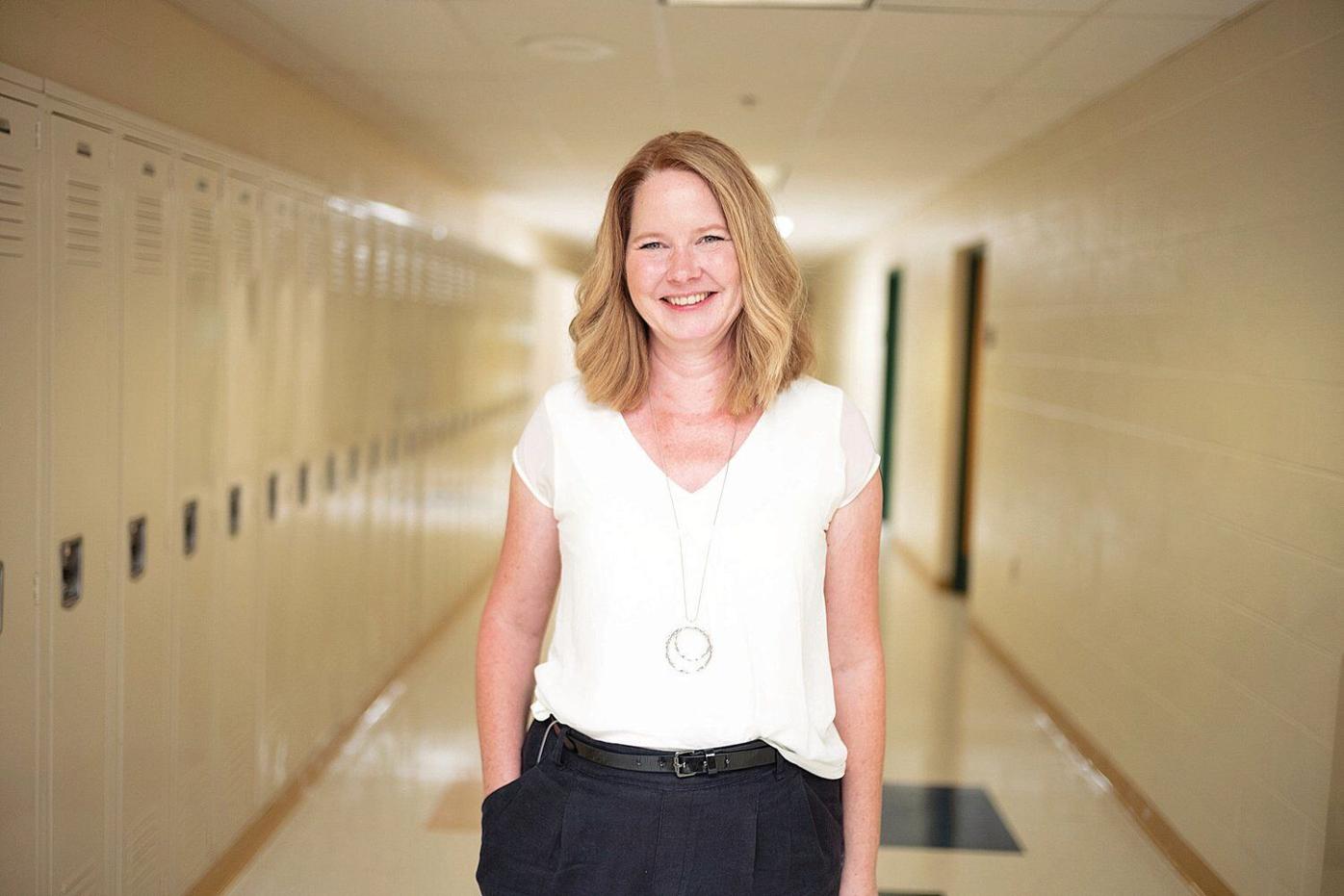 Jane McEvoy, shown in the hallway of Lee Middle and High School, is the recipient of this year's James C. Kapteyn Prize from the Berkshire Taconic Community Foundation. 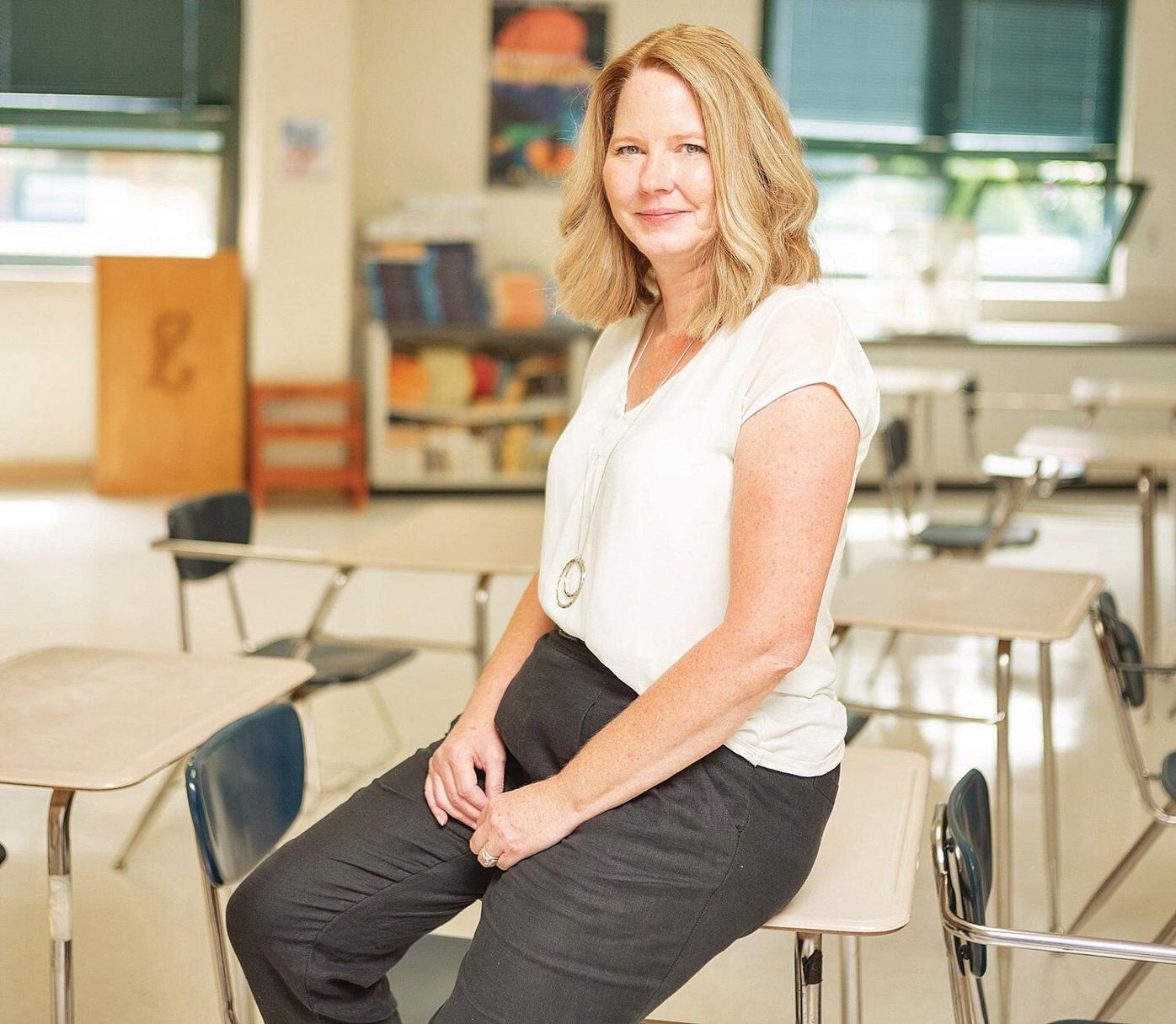 Jane McEvoy, shown in her Lee Middle and High School classroom, is the recipient of this year's James C. Kapteyn Prize from the Berkshire Taconic Community Foundation.

Jane McEvoy, shown in the hallway of Lee Middle and High School, is the recipient of this year's James C. Kapteyn Prize from the Berkshire Taconic Community Foundation.

Jane McEvoy, shown in her Lee Middle and High School classroom, is the recipient of this year's James C. Kapteyn Prize from the Berkshire Taconic Community Foundation.

LEE — When Jane McEvoy found out her principal was nominating her for the region's prestigious James C. Kapteyn Prize, she said she was "honored, very surprised and pretty skeptical."

An English teacher at Lee Middle and High School, she noted how graduates of Cornell University, Darmouth College and Trinity College are among the 11 previous recipients.

"I envisioned the Kapteyn committee engaging in a hearty laugh before tossing my application in the trash," McEvoy said during her remarks on Sunday as this year's prize recipient. "After all, who am I but a mill town girl with a state university education working in a small town public school? Why would I even think I could walk among these ranks?"

These fleeting questions were quickly outweighed by McEvoy's merit and commitment to her classrooms and students.

McEvoy is this year's recipient of the award given by the Berkshire Taconic Community Foundation, which serves portions of northwest Connecticut, eastern New York and Western Massachusetts.

A native of Otis who attended Lee Public Schools, McEvoy went on to study hotel and restaurant management at Berkshire Community College and worked as a sales director for a hospitality group. She then raised two children before going back to school at the Massachusetts College of Liberal Arts to become an English teacher.

McEvoy considers her teaching vocation not a job, but a mission.

"To be a public educator in America is to declare war on ignorance, to make thinkers out of passive consumers, to give voice to the voiceless, to galvanize the oppressed, to empower the individual in his or her own way to rise above the masses, to experience his or her truest personal success," she told Sunday's assembly of fellow educators, community leaders, family and friends.

This year, for the first time, the Kapteyn Prize — a $10,000 award for study or travel to enrich her teaching, and a $2,000 grant to her school in her name — was presented by Ingrid Kapteyn, the daughter of the late English teacher for whom the endowment fund is named.

McEvoy said she's grateful to receive an award created in honor of someone she called "a relentless champion for his students."

She said she spent the afternoon in deep discussion with past prize winners on the current state of education and the pressures both students and teachers face, from increased demands to dwindling resources to meet them.

"Generally, as a group, we would love to see teachers more empowered as professionals," she said. Some group members have begun discussing how to collaborate on educational initiatives in the region.

In the prize application essay, which prompts candidates to describe, "Why do I teach," McEvoy flipped the question to suggest, "Why wouldn't I teach?"

Amy Taylor, head of the community engagement office for the foundation, said Lee Superintendent Jake Eberwein found the essay so moving that it was read between faculty and students during orientation this fall.

Colleagues and students describe McEvoy as a leader and mentor who inspires students to succeed long after graduation.

"Jane was more than just a teacher to me; she was an educator, a friend and a support system," wrote Samantha Reynolds, a member of the class of 2015.

After working at Pittsfield High School from 2004-10, McEvoy joined the faculty at Lee Middle and High School. She primarily teaches junior year English classes, including a college-level advanced writing course, and serves as chairwoman of the English department.

She founded the school's Social Justice Club to encourage compassionate conversations about topics such as equality, diversity and politics. The club has become the district's largest nonathletic co-curricular activity, and its members have hosted events ranging from an equality fair to a schoolwide mock election.

In May 2017, McEvoy and her students were also honored as an Eagle "Classroom of the Week," for their willingness to learn outside traditional curriculum. For example, inspired by one of her student's enthusiasm and thoughtful examinations during a unit on the American dream, she now integrates a discussion of Childish Gambino's heart-stopping rap video "This is America," alongside analysis of works by Walt Whitman.

"Working at a public school has made me more perceptive of the world around me," she said.

When developing a curriculum that resonates with her students, she says, "I try to keep everything relevant."

Because the Kapteyn prize cannot be donated to charity, McEvoy said she is entertaining using her prize to travel with her husband, Herberg Middle School Principal Martin McEvoy, to explore their family roots next summer in Ireland and Germany. But the $2,000 grant in her name, she said, will be used to start a middle school travel club and culinary program.

"She brings out the best in her students — in both the academic and humanistic realms," Lee Middle and High School Principal Gregg M. Brighenti wrote in a letter nominating McEvoy for the prize. "Her students leave our school better people, infused with a love of learning that they will bring with them into their future lives, and with minds trained to be inquisitive and compassionate."