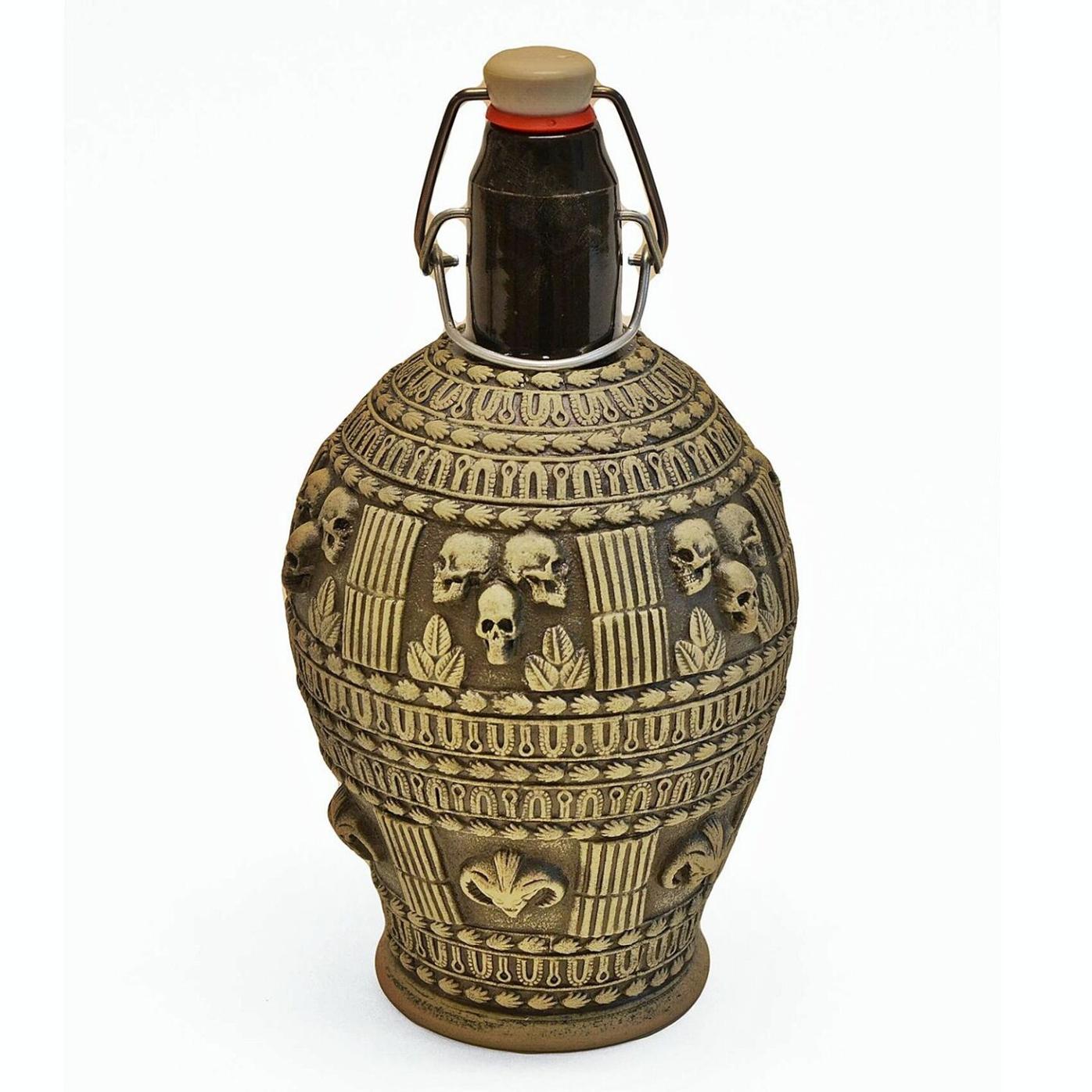 "Devil Down Below" by Andrew Tarrant 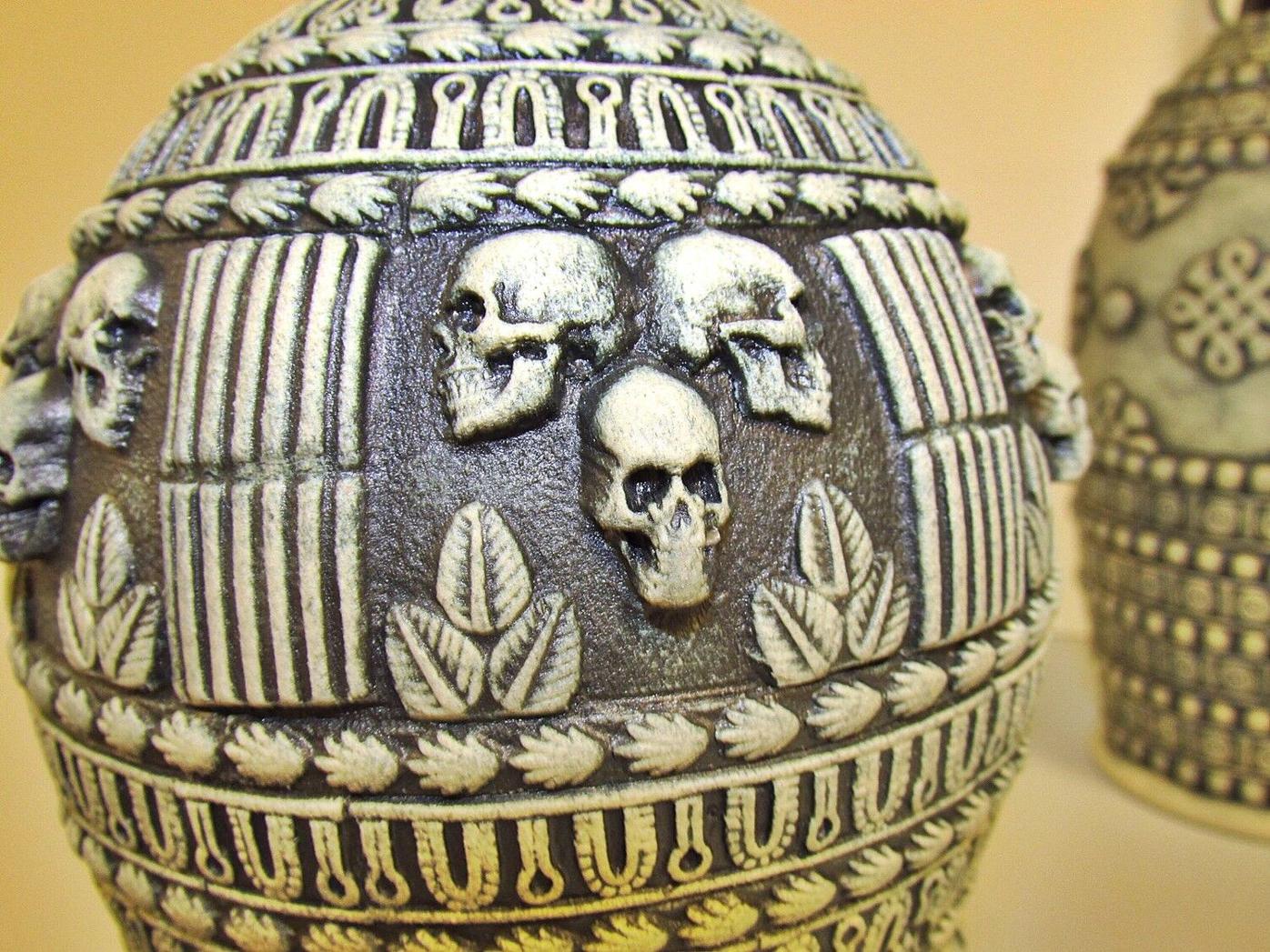 A closer view of "Devil Down Below" by Andrew Tarrant, on display at Project Art. 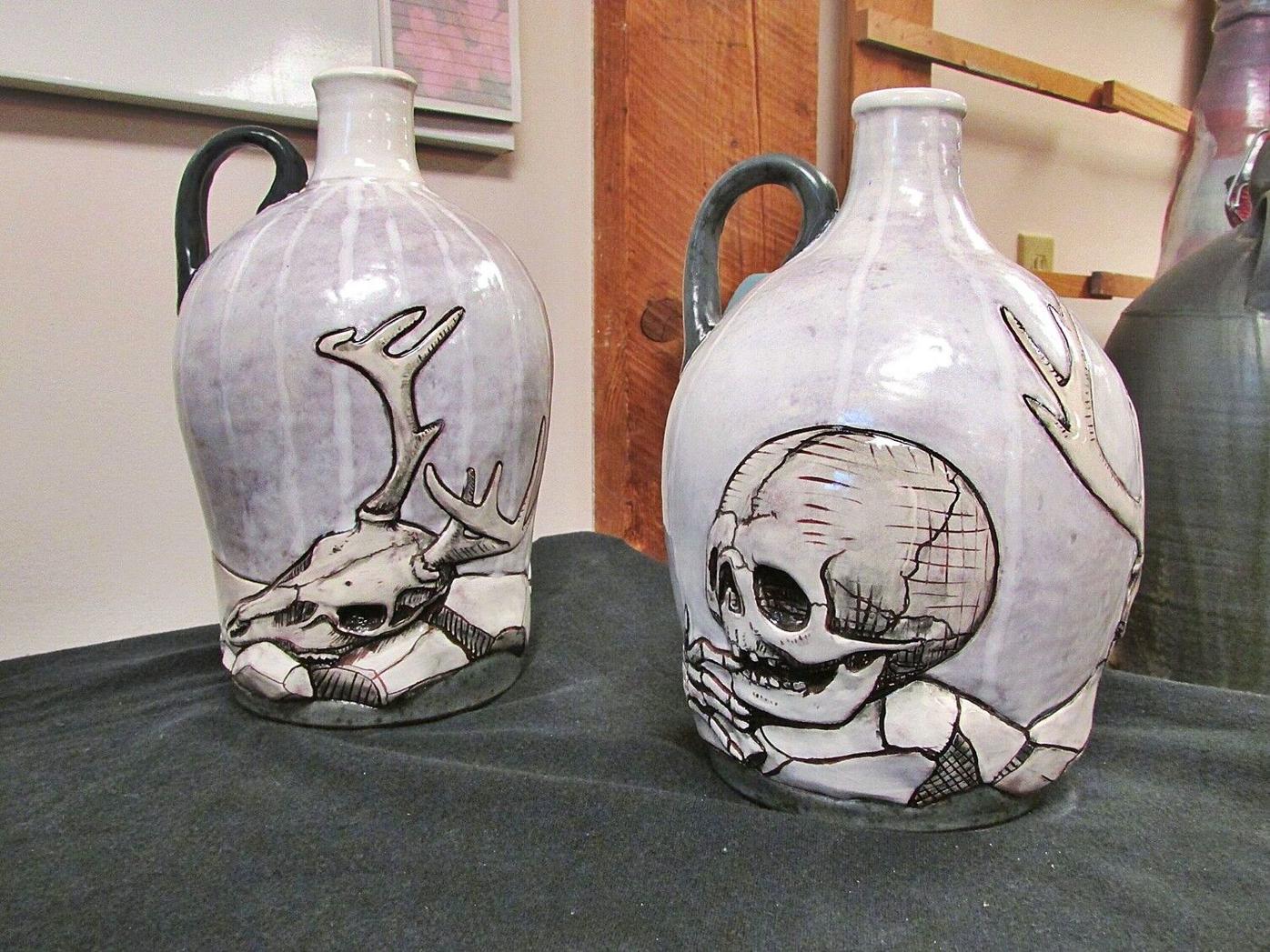 Two growlers by Jessica Brandl on display at Project Art. 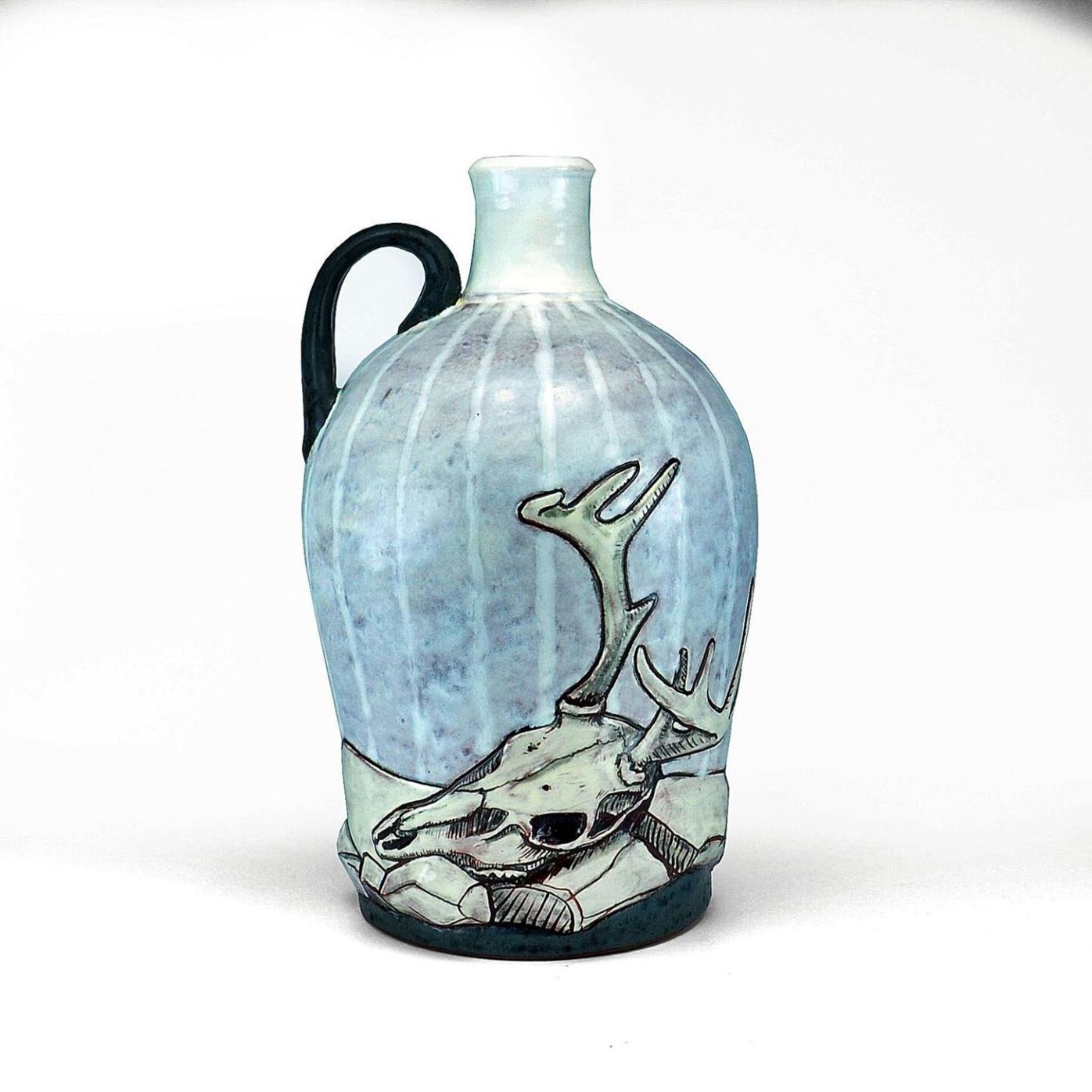 A growler by Jessica Brandl 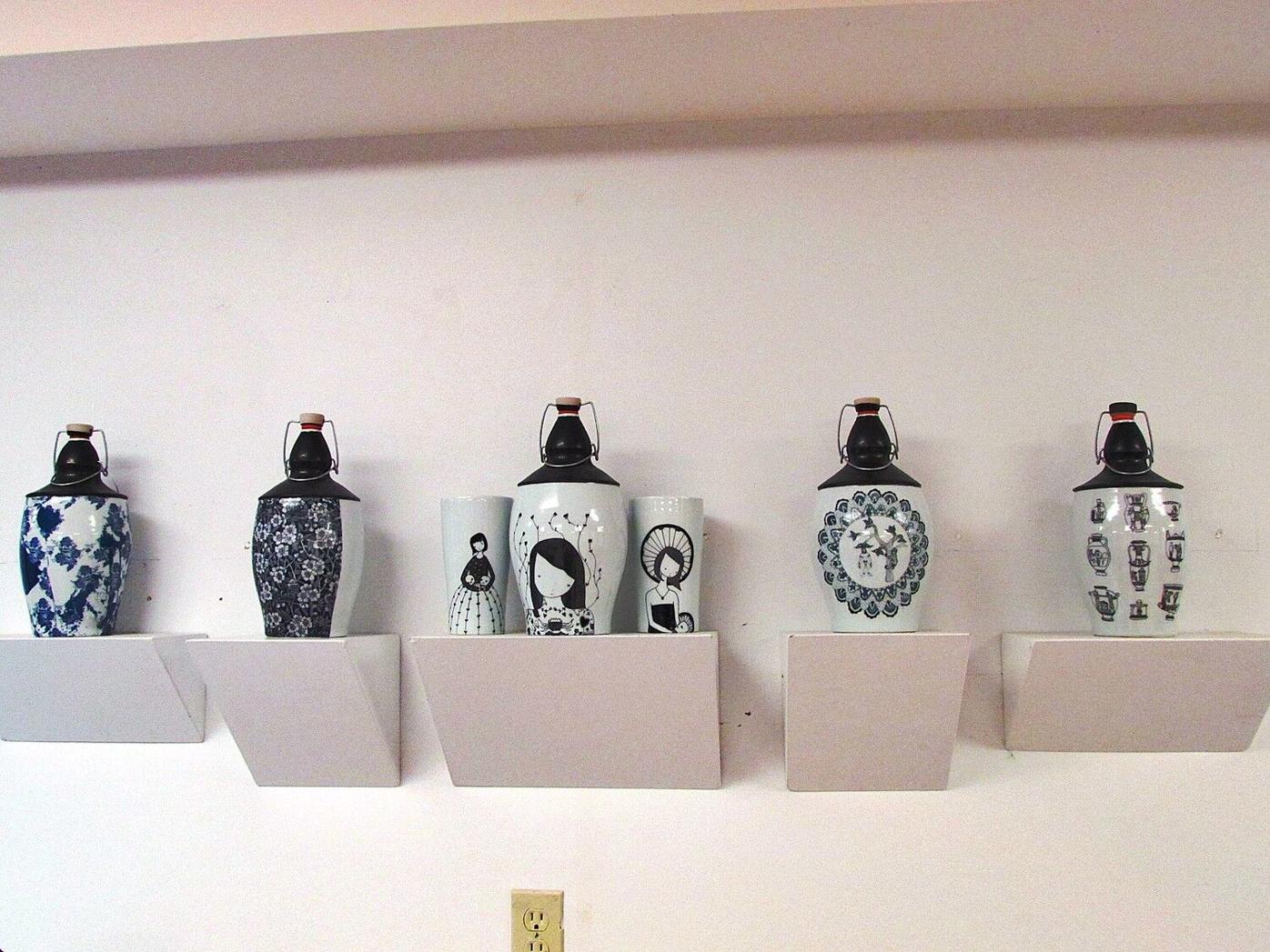 Growlers made by Bradley Klem for Growlerfest 2015 on display at Project Art. 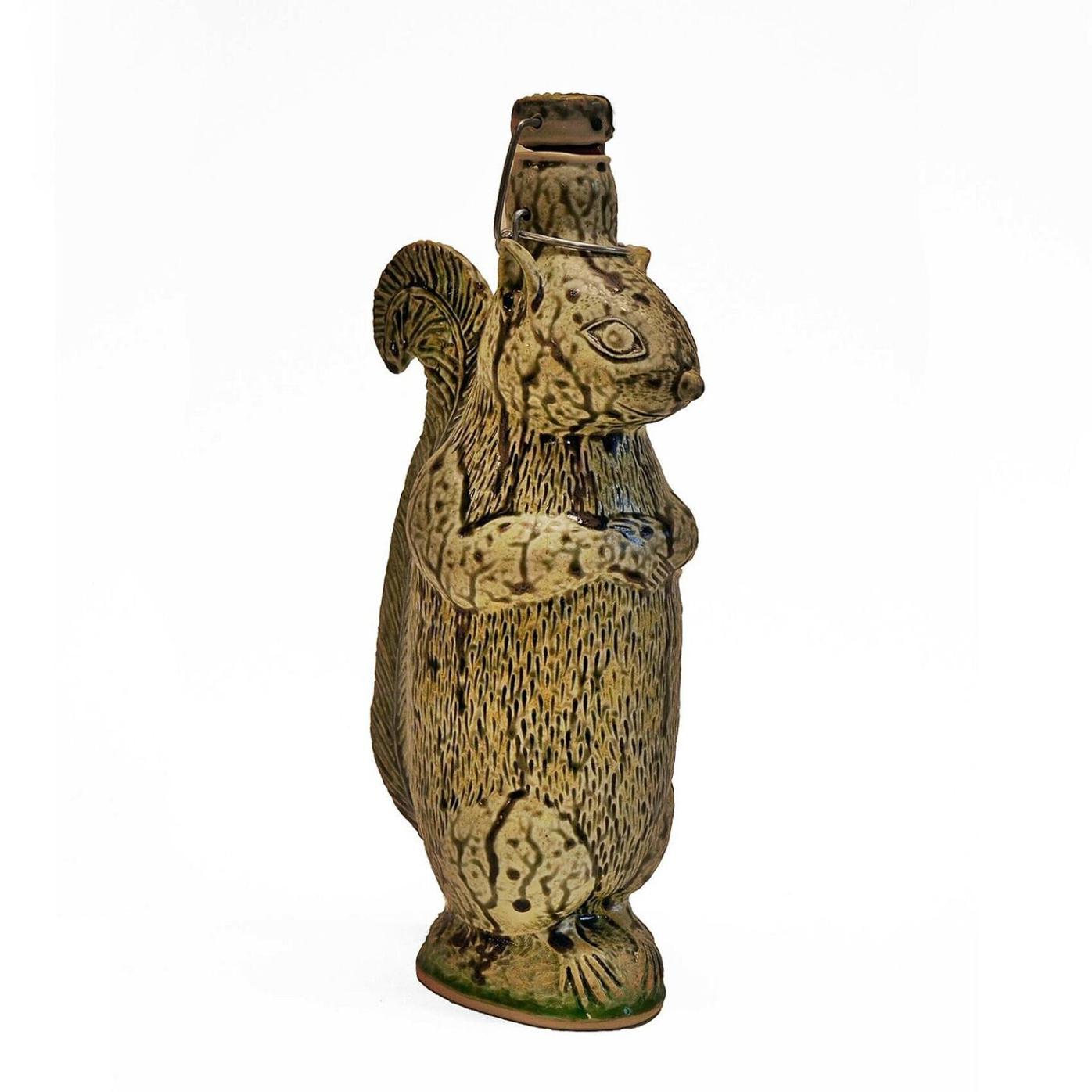 A growler by Liz Quackenbush

"Devil Down Below" by Andrew Tarrant

A closer view of "Devil Down Below" by Andrew Tarrant, on display at Project Art.

Two growlers by Jessica Brandl on display at Project Art.

A growler by Jessica Brandl

Growlers made by Bradley Klem for Growlerfest 2015 on display at Project Art.

A growler by Liz Quackenbush

CUMMINGTON — Don't look for glass growlers at the second annual Hops + Pots celebration. The only beer-toting vessels you'll find here are hand made and kiln fired.

And rightly so at an event showcasing local-produced ceramics, food and craft beer.

The party, held at Project Art on Saturday, 6-8:30 p.m., coincides with the 12th annual Hilltown6 Pottery Tour, while also serving as a fundraiser for the non-profit Studio Potter journal.

"It's a great way for us to get people together and help make that connection with the work that is going on in the community," said Alexandra "Alex" Jelleberg, director of Project Art and associate director of Ferrin Contemporary. "Each of the potters involved in the tour has a beautiful set up of their own. We always celebrate the tour with music and food, so it was natural for us to begin this last year."

And making that connection is an important step, she says, in getting the community at large to invest in local artists.

Helping to make those connections is a passion for Jelleberg, who first came to the area in 2014 as part of the Berkshire Hills Internship Program (BHIP), an arts management certificate program run by Massachusetts College of Liberal Arts at the time.

"I came with the hopes of working with Leslie Ferrin," she said.

Her internship with Ferrin Contemporary, in North Adams, blossomed into something more substantial. Jelleberg remained on in various roles and as a resident artist of Project Art, which Ferrin established in Cummington 12 years ago, a residency and studio program that also serves as the summer gallery of Ferrin Contemporary.

"Leslie's always encouraging you not only to continue your own work, but also to dig into our own projects," she said.

That encouragement, combined with an interest in showing the connections between ceramics and craft brewing, resulted in a side project known as Growlerfest. In 2014, she reached out to artist Bradley Klem, a friend from her time at Arizona State University, who already had a background in making stunning ceramic growlers.

After a year of planning, Growlerfest 2015 debuted with 75 growlers — handmade by invited artists and in partnership with the Portland Growler Co. — exhibited at Project Art and at the Eutectic Gallery in Portland, Ore. Since then, Growlerfest has grown and evolved each year. The latest iteration, Growlerfest 2018, which took place at The Brew House Association in Pittsburgh this past March, included an open call for submissions in addition to the works from invited artists.

"We really wanted people to create their own visions," Jelleberg said.

The results included, a trio of whimsical squirrel shaped growlers by Liz Quackenbush; Andrew Tarrant's "Devil Down Below," a growler with intricately carved designs that include skulls; and growlers featuring brightly-colored geometric shapes.

Those growlers, in addition to works from past Growlerfests, will be on display during Hops + Pots, as well as works from Project Art's resident artists and Ferrin Contemporary.

"Over the years, I've really been able to dig into the history of the ceramic jug and growler, and unexpectedly, the history of beer making," she said. "There are so many parallels in the creation process."

To further establish the connection between local pottery and local-produced food and beer, Wandering Star Craft Brewery from Pittsfield will provide the evening's libations, while the food will be provided by Ooma Tesoro, a small-batch marinara sauce company started in Windsor.

But at the end of the day, she says, it's all about celebrating and supporting the local artist community with food, music and brews.