Bite-size sandwiches, snacks and desserts are made for sharing at afternoon tea. 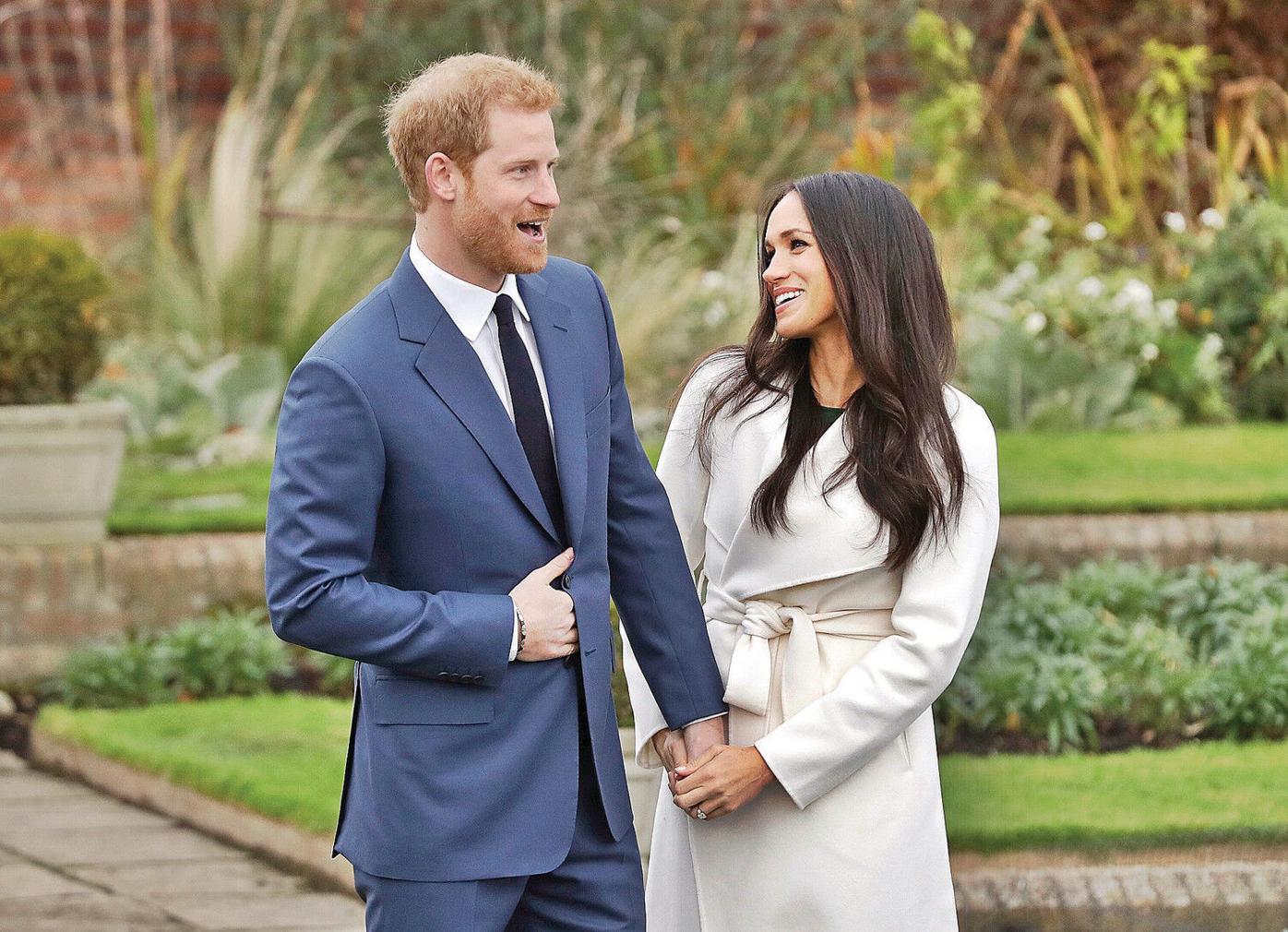 A proper cup of tea calls for a teaspoon of tea leaves for each person and one for the teapot.

Bite-size sandwiches, snacks and desserts are made for sharing at afternoon tea.

A proper cup of tea calls for a teaspoon of tea leaves for each person and one for the teapot.

Do you plan to "attend" the royal wedding Saturday? It means getting up at the crack of dawn, but fairy tales are always worth the effort.

In honor of Harry and Meghan's big day, many Americans will gather to watch the pomp and circumstance with friends and family members over brunch or breakfast. But why not wait until later in the day and celebrate by hosting an English tea?

"At 4 p.m., the British stop everything and stop for tea," said Alison Larkin, internationally acclaimed comedienne, audiobook narrator and bestselling author of "The English American," who was raised in England but now resides in Stockbridge. Larkin recently performed her new show, "Alison Larkin LIVE" as a benefit for the Berkshires' WAM Theatre. "It's nice. We stop for 10 to 15 minutes and have tea and biscuits [the British term for cookies]."

But before you go and make tea the American way, Larkin wants you to know she takes issue with the American practice of "brown sludge."

"Do not put a Lipton's tea bag in warm water and put it in the microwave," she said, adding that if tea was done right, more Americans would like it — maybe even more than coffee. "If it's done right, it tastes better."

According to Larkin, the proper way to make tea begins with fresh cold water, which is heated to a boil.

"Pour some of the hot water into the teapot to warm it and then dump that water out. Add the tea leaves (it's not "loose" tea, she chided) one teaspoon for each person to be served, plus one for the pot." Fill the teapot with hot water and let it brew 5 minutes. Then pour the tea into each cup, pouring it through a tea strainer to catch any tea leaves.

"If you're English, add milk to the cup first and then pour in the tea," she said. "Add sugar lumps after the milk, tea and water (if desired to dilute the tea's strength) with silver tongs and a lovely silver teaspoon. [The sugar lumps] go in with a lovely plop."

A popular British teapot, Larkin said, is a "brown Betty," a heavy ceramic pot, and most people use mugs for the tea. She added that "regular people"— not the royal family — usually drink PG Tips or Typhoo (brands in the United Kingdom), or English Breakfast tea.

However, for the royal family, nothing but bone china tea cups with a very thin rim will do, she said.

"Their tea may be Earl Gray or Lapsang Souchong tea, served with strawberries and cream, scones with clotted cream [like a heavy whipped cream] and fresh strawberry jam on top and maybe a nice ginger biscuit."

When asked if she had received an invitation to the royal wedding, Larkin replied, "I'm so busy, quite busy. I told them I don't have the time to attend. They were quite disappointed. But I have things to do and fish to fry in Stockbridge."

Brigit Vetromile, a board member and long-time volunteer at Ventfort Hall in Lenox will host the tea portion of a Tea & Talk on Saturday at 3:30 p.m. Vetromile compiled Ventfort's "Tea at the Mansion: Recipes from Ventfort Hall Mansion and Gilded Age Museum," cookbook, which is filled with recipes for savory tea sandwiches, cakes and cookies contributed by board members, staff and volunteers.

Vetromile, who was born in Sweden, said the Swedes also have daily tea, but at 3 p.m. "Normally, there are tiny cinnamon rolls, spice cake, a couple types of cookies and a tiny savory. In winter, there sometimes was salmon."

She said the English teas at Ventfort Hall, which can draw up to 100 people, typically have cucumber sandwiches, egg salad sandwiches, salmon rolls, lemon or pistachio cakes, scones with clotted cream, cookies or bars and mini-cheesecakes with raspberry jam, all served in three-tier stands. Everything for the teas is made from scratch in the museum's kitchen.

The tea itself is just a regular black tea ("Tetley in a bag," Ventromile confessed. "It's too time-consuming to make loose tea — and there are too many people." She also serves a decaffeinated Peach Passion tea.

Ventfort Hall has weekly Teas & Talks during the summer, Ventromile said. "I try to make up menus that are different each time, although the cucumber sandwiches are a staple. Some people come every week and I change the menu so they won't be bored."

If you're feeling inspired to host your own tea on Saturday, here are a few recipes from "Tea at the Mansion: Recipes from Ventfort Hall Mansion and Gilded Age Museum."

Peel and thinly slice cucumbers. In a small bowl, mix mayonnaise with dry mustard and salt and pepper to taste. Spread thin layer of mayo mixture on 1 slice of bread. Arrange cucumber slices on top. Spread mayo on another slice of bread and place on top of cucumbers. Cut into 4 triangles.

Heavy cream and sugar for brushing

Preheat oven to 350 and grease a large baking sheet.

Blend sour cream, vanilla and baking soda together, then set aside.

Turn dough onto a lightly floured surface and knead briefly. Cut into wedges or use a small biscuit cutter. Place on greased baking sheet. Lightly brush with cream and sprinkle with granulated sugar. Bake 15 to 20 minutes or until golden brown on bottom.

Cream the cream cheese, sugar and salt together. Add the heavy cream until stiff peaks form. Store in the refrigeratoruntil serving. Vanilla or another flavoring may be added.