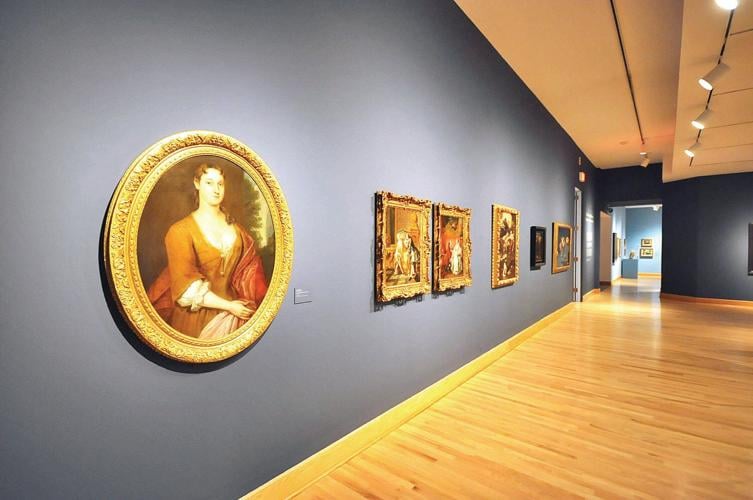 A new study by a team of mathematicians, statisticians, art scholars and art historians predominantly from Williams College has found an estimated 85 percent of artists in 18 major US museums' collections were white. 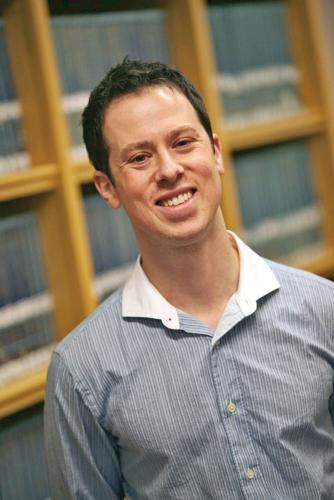 Chad M. Topaz, a Williams College professor of mathematics, is the leader of a new study that quantifies diversity gaps in U.S. art museums' collections.

A new study by a team of mathematicians, statisticians, art scholars and art historians predominantly from Williams College has found an estimated 85 percent of artists in 18 major US museums' collections were white.

Chad M. Topaz, a Williams College professor of mathematics, is the leader of a new study that quantifies diversity gaps in U.S. art museums' collections.

WILLIAMSTOWN — If someone said that major U.S. art museums have significant problems with gender and ethnicity representations in their collections, you might respond, "Duh." But you might not know that academia hasn't done any large-scale quantification of that "duh."

That is, until a team of mathematicians, statisticians, art scholars and art historians predominantly hailing from Williams College focused on 18 major U.S. institutions' collections. Scraping and sampling digital collection records and making inferences through crowdsourcing methodology, the study's authors and contributors found that an estimated 85 percent of artists in these museums' collections were white, 87 percent were men and nearly 76 percent were white men. The study will be published in March in the journal PLOS One and has some important limitations, but the research is already available online and being shared via social media, amplifying the conversation surrounding diversity in various institutions' halls.

"It's very much at the forefront of what everyone's thinking about now: Everyone has an anecdotal sense, which I think is correct, that there are representation problems in art museums," said Chad M. Topaz, a Williams College professor of mathematics and the project's leader. "But our goal was to actually quantify that."

In addition to the aforementioned overall figures, the researchers performed an outlier analysis of the sampled museums, none of which are located in the Berkshires. The Metropolitan Museum of Art in New York City, the Museum of Fine Arts in Boston and the Detroit Institute of Arts, for instance, have a significantly lower proportion of female artists in their collections, with estimates of 7.3, 7.4 and 8.2 percent, respectively. The Museum of Contemporary Art in Los Angeles (24.9 percent), the Whitney Museum of American Art in New York City (22.1 percent) and the San Francisco Museum of Modern Art (18.1 percent) had the highest estimated proportions of women.

In regards to ethnicity, the National Gallery of Art in Washington, D.C., had the highest estimate of white artists at 97.4 percent; the Detroit Institute of Arts was next highest at 94.7 percent. At 78.2 percent, the Los Angeles County Museum of Art and the Museum of Art at the Rhode Island School of Design had the lowest estimates. The U.S. population was an estimated 60.7 percent white as of July 1, 2017, according to the U.S. Census Bureau.

The third set of results explored the relationship between museums' collection missions and their artists' diversity.

"When we were talking to people about this study, people said, 'Of course, if you collect on 19th century European art, you're going to have very low levels of diversity.' I will say, even if that statement is true, I think people should think hard about that. But regardless, that's not what we found," Topaz said.

Using information and inferences about artists' native geographic regions and their birth years, the researchers created clusters based on museums' collecting habits and different clusters based on their diversity profiles.

"We find there's a weak or no relationship between those two groupings. Another way of saying that is that two museums can collect on somewhat similar things, and yet one of them could have a much higher percentage of women artists than the other," Topaz said.

The research, however, has some important constraints. One of them was that the museums selected by the art-focused scholars all had to have digitally accessible collections.

"It's a convenience sample, so that already places some limitation on the work," Topaz said.

The researchers scraped all of the information from the 18 museums' collections, pulling more than 186,000 records and randomly sampling 11,522 of them. Since almost none of the museums provided information about artists' genders, and zero museums offered descriptions of artists' ethnicities, these traits, as well as some birth years and geographic origins, needed to be statistically inferred.

"I think it's important to say that when you're talking about people's demographics, things like gender and ethnicity, those are very complicated constructs, and the best thing is to have those people ... express it themselves," Topaz said. "In the absence of being able to do that, since we're unlikely to get survey responses from 11,000 artists — many of whom are no longer living — this is what we can do."

The study's authors enlisted Amazon Mechanical Turk (MTurk) users to research each artist, giving these virtual contributors a survey to fill out with a degree-of-confidence level provided for each demographic answer.

"What they're called is Human Intelligence Tasks, or HITs for short. Basically, what they mean by a HIT is anything that cannot or cannot easily be done by a computer," Topaz said of the crowdsourcing approach.

The MTurk workers were paid for their labor. (When asked why they didn't crowdsource all records, Topaz cited budgetary constraints.) They all had at least 99 percent approval ratings on the platform. Additionally, the study's authors manually researched some records and deployed the same record to MTurk users multiple times, among other measures to ensure the data's quality. Of the 11,522 sample records, only 10,108 had been determined to be individually identifiable artists, another vital limitation.

"Sometimes, you get things [in a museum] that say, 'Italian, 13th century.' Basically, we throw that out. We don't admit those to our study. So, we can't say anything about what the demographics of the creators of those works are," Topaz said.

Essentially, this research is a starting point.

"We can measure things and put some sort of confidence intervals on them, but we can't, from this kind of study, ever say why something is happening," Topaz said. "People from other branches of scholarship have really important things to say about the 'why' of this. This is attempting to contribute some empirical evidence to an important conversation that's already taking place."

Topaz's methodology stemmed from a prior study he had worked on regarding gender diversity on editorial boards of academic math journals. When he arrived at Williams in 2017, he sought out Kevin M. Murphy, the Williams College Museum of Art's Eugenie Prendergast Senior Curator of American and European Art, to see if this kind of examination could be applied to the art world. While research had been done on art museum staffs' diversity, no studies had quantified the diversity in institutions' collections, though it's on many curators' minds these days.

"There's been a lot of movement of museums really seeking to make their collections more diverse," said Murphy, one of the study's contributors. "You're even seeing museums who are deaccessioning objects specifically to acquire objects that are by artists of color."

Museums build their collections through gifts and purchases, the latter dictated by available funds for acquisitions.

"It's that purchasing process where you can really make targeted, strategic acquisitions," Murphy said.

But museums can work with collectors, too, to diversify their pieces. Early on in his curating career, Murphy was curating at the Huntington Library in California when a big print collection was about to be donated.

"It wasn't diverse, so we were really thinking about working with collectors to make acquisitions that more fully represented the material, the artists who were working at that time [the early 20th century]," Murphy recalled.

That was just over a decade ago. Murphy recalled hearing conversations surrounding diversity and collections for the first time around then.

"Everyone knew it was a problem, but it now seems like there's more urgency in tackling it," Murphy said.

The curator knows that applying some numbers to the problem is a vital first step to fixing it.

"There have been some reactions that have said, 'Oh, well, of course museum collections aren't diverse. Of course they're all dead white men.' But you can't say 'of course,'" Murphy said. "If you're going to create a strategy around collecting, you really need to quantify where gaps are and where significant gaps are [as well as] think about your own community and those specific gaps, and build strategies from there."