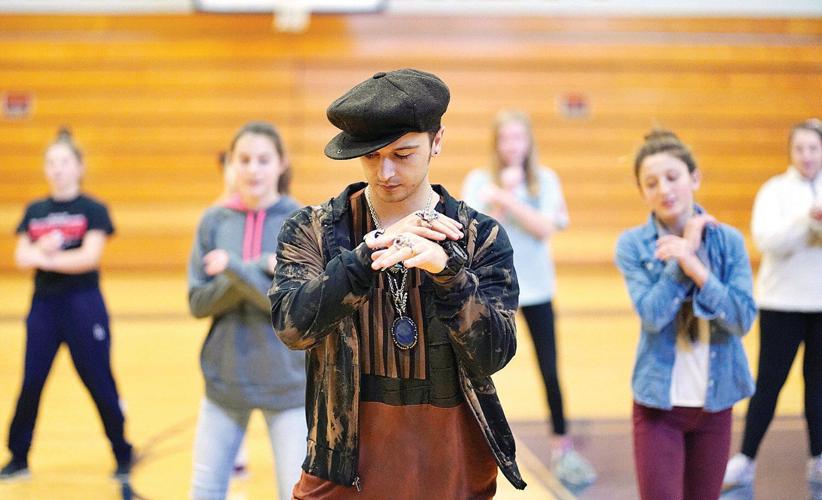 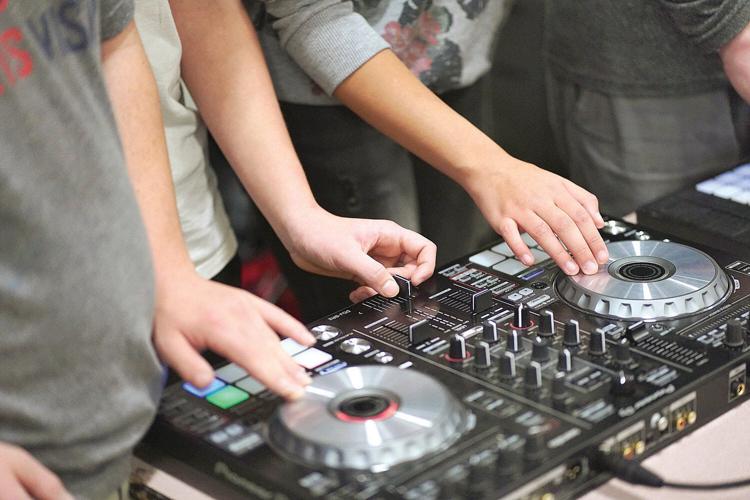 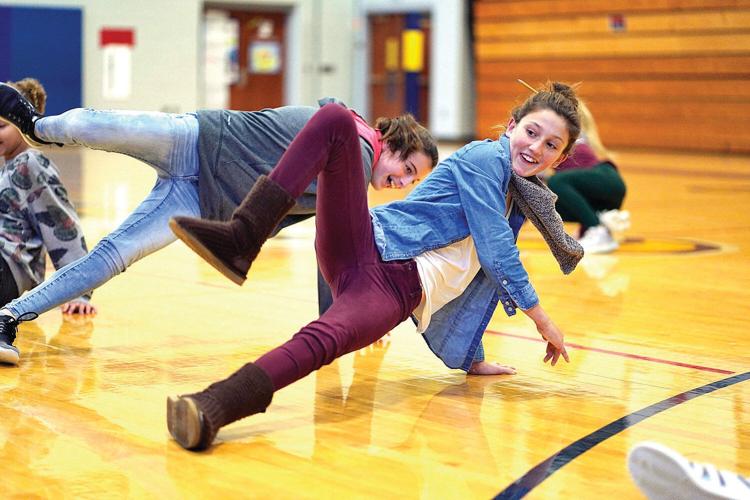 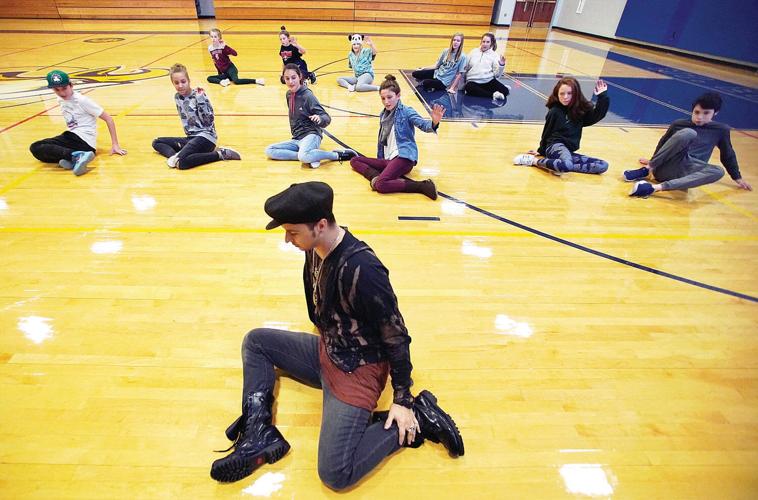 SHEFFIELD — Laurel Dunsay has always enjoyed writing musical lyrics and poetry, but Tuesday afternoon, she traded her pen for a microphone to put her voice behind her words.

"It felt good," Laurel, a seventh-grader at Mount Everett Regional School, said after freestyling a solo. "It felt fun."

Over the course of 40 minutes in a corner of their gymnasium, the group of a dozen middle school students learned new dance moves, how to work a beat mixing board and rehearsed some original rhymes under the tutelage of a team of international professional performance artists of the group Soul Inscribed.

The group, which operates an educational branch known as Open Thought Productions, is in a five-day, hip-hop-infused residency with middle school students from Mount Everett as well as Herberg and Monument Valley middle schools.

All will flow from the basketball court to center stage at 7 p.m. Friday at the Mahaiwe Performing Arts Center in Great Barrington, which is sponsoring this workshop in "hip-hop theatre." Though they have been rehearsing at their respective schools, about 60 students will come together before a public audience to share their original work, learned choreography and other performance skills.

Butterflies aside, she said, she is glad that she signed up for the elective program.

"It's been a good way to explore your creativity and explore new things with the people in your class," she said.

Logan Brazie, also in seventh grade, felt the positive peer pressure from his classmate, Honey Fields, to join the group.

He never has done anything like it, he said, "but I like the deejaying and the dancing."

Judy Reinauer, education coordinator for the Mahaiwe, said the first residency in the Berkshires took place five years ago, after the Mahaiwe staff saw the program's success at the Bardavon 1869 Opera House in Poughkeepsie, N.Y.

"It's all about engagement and diversity," Reinauer said. "Writing, music, art, theater are all part of the skills involved in the curriculum."

In the Berkshires residency, Reinauer said the organizers are seeing alumni return and continue to pursue their theater interests.

"I think this opens them up to it," she said.

"My whole life was immersed in the performing arts," said Israel, who has been a teaching artist since the 1990s. "Both my parents were involved in The Living Theatre in New York City. When I was coming up as a young person — I was born in the '70s, grew up in the '80s — hip-hop was kind of where I found my creative home."

Israel said his skills in this genre have made him a part of a global community, allowing him and his band members to earn a living teaching, traveling and performing. He beatboxes rhythms and freestyle raps every day, which, he said, not only helped in calming his fussy daughter when she was little, but now "helps me keep my mind balanced."

He and his colleagues remain dedicated to paying forward those professional and social skills to the next generation.

Prodis said each group of students brings something different to the show.

"We stay flexible," he said. "We're using hip-hop skills — rapping, deejaying, dance and other art forms — with the lighting and dynamics of storytelling in a theater setting."

During the workshops, the artists offer prompts and the students shape their show with their own thoughts and actions. At Monument, students' work has been driven by their existing musicianship, while Mount Everett and Herberg are more focused on lyrics and deejaying.

Marez is in charge of getting students to move together, while Galu has been piecing together songs through students' free-writing responses to prompts like, "What's happening in your life?" and "What makes you happy?"

"For them, it's about school, and fear, and intimidation, and excitement and finding encouragement. They're learning the literal rules and the social rules of their school," Galu said.

Joe McSpiritt, a physical education teacher at Mount Everett, coordinated the group of participants at his school and described it as "a mix of people who are athletic, play in the band, do theater and everything. Kids who I didn't think would sign up did, and it's awesome to watch."

"There's a great tradition of the teaching artists and the artist-mentor of passing on skills and knowledge to students as they pass on to you their enthusiasm, creativity, new energy and new ideas," Israel said. "Being a young person's not easy. There's a lot to navigate socially, culturally, on top of the pressure of navigating who you are, dealing with bullies and your own sense of self. This creativity gives young people a chance to be confident, to feel empowered and to feel connected with each other."