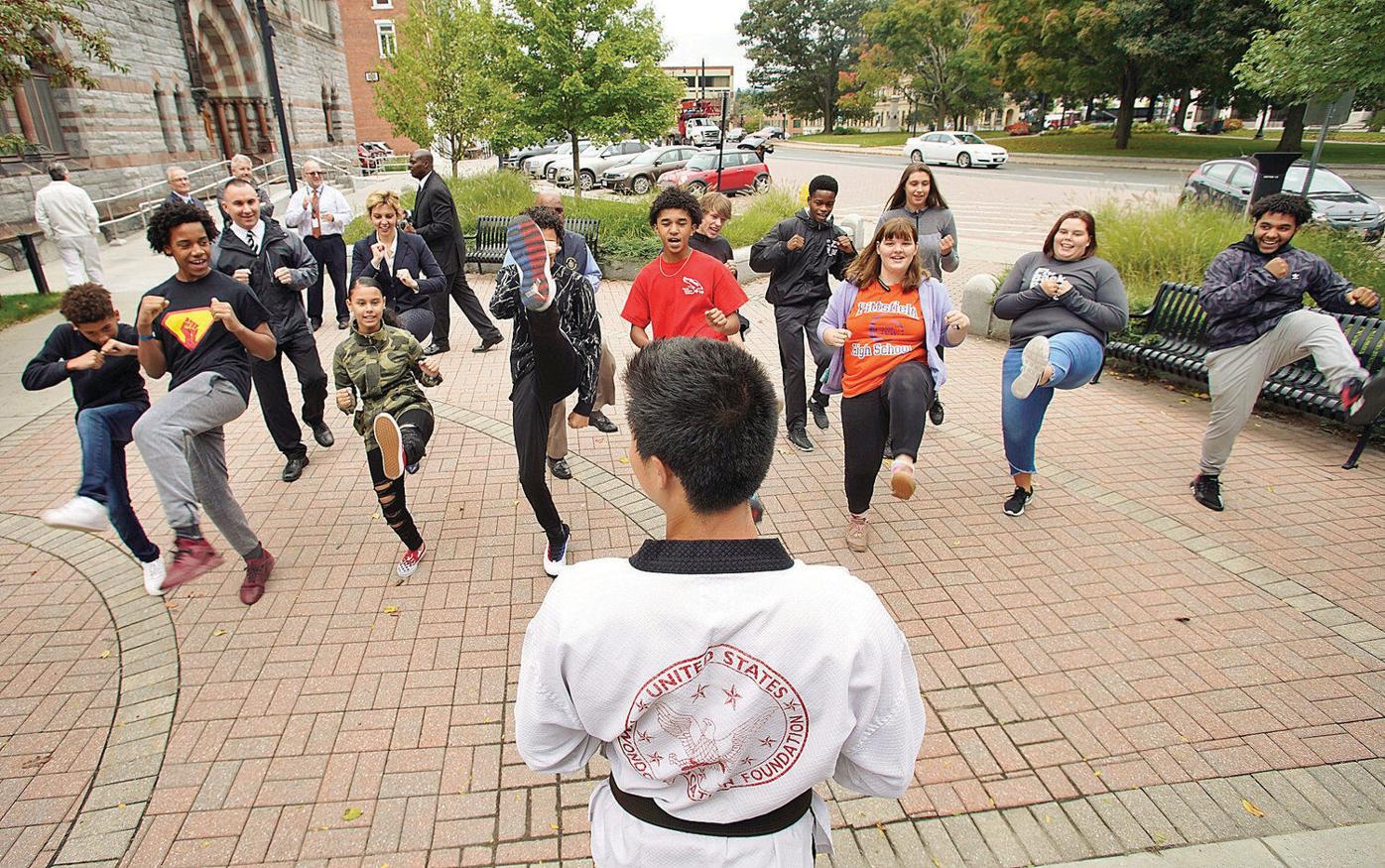 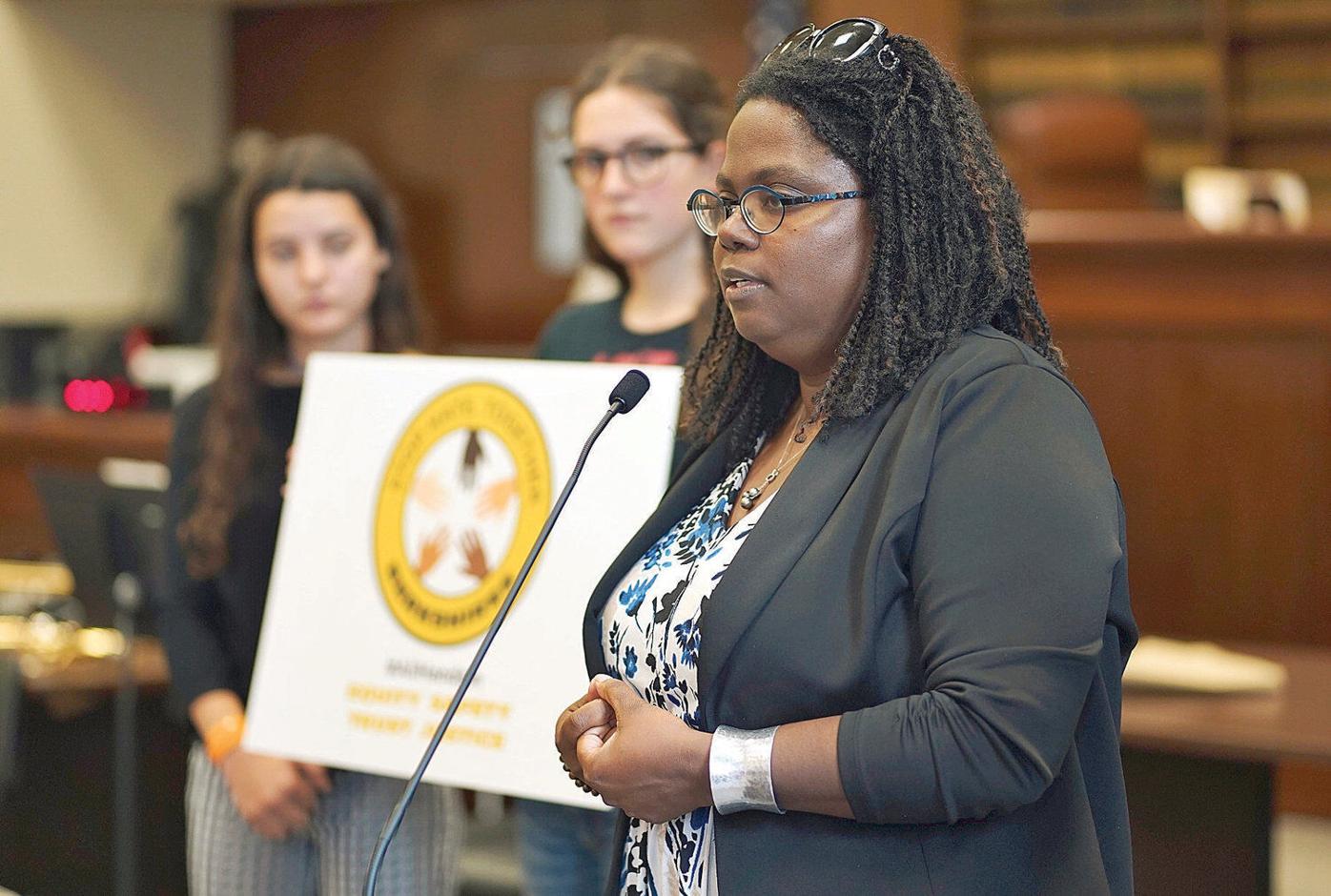 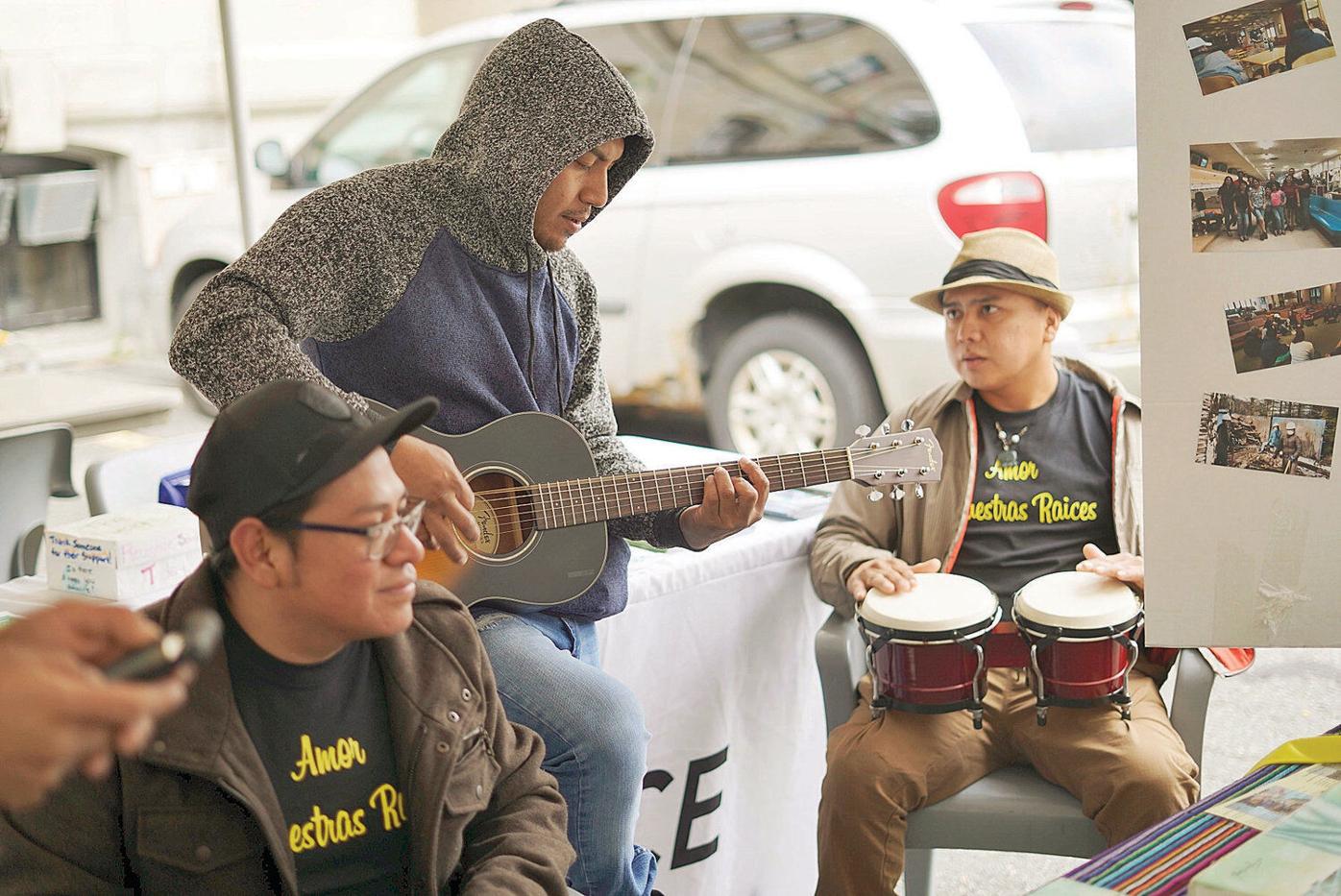 Amor a Nuestras Raices (Love to Our Roots) play for local students at the Massachusetts Trial Court's first Cultural Appreciation week to celebrate the cultural, ethnic, racial and gender diversity of the community.

Amor a Nuestras Raices (Love to Our Roots) play for local students at the Massachusetts Trial Court's first Cultural Appreciation week to celebrate the cultural, ethnic, racial and gender diversity of the community.

PITTSFIELD — Despite the morning's cold gray weather, the downtown Pittsfield court complex had a celebratory feel to it Monday, as the Massachusetts Trial Court system kicked off its inaugural Cultural Appreciation Week.

Food tents were erected outside the Berkshire Superior Courthouse facing Park Square, filling the air with the scents of Caribbean, Italian and Greek spices. Inside the building, songs, dances and speeches were performed by local children and community members as court staff, state officials and other visitors intently listened. After a tour with staff in the Berkshire Probate and Family Court building, students and staff had lunch together, sampling everything from slow-cooked Puerto Rican-style chicken and rice, to Greek spanakopita, a savory pastry filled with spinach and feta cheese.

While the special event allowed people to sample the various flavors of cultural cuisine offered by Pittsfield restaurants, it also gave participants a taste of why it's important to have awareness of and celebrate cultural, ethnic, racial, religious and gender diversity of the courts and their local citizens.

Reid Middle School eighth-graders Wesley Ahoussi, Steve Patch and Rahmel Smith — all members of the school's Justice League for diversity and inclusion — said they felt events like this were important. Asked why, they answered "respect," "equality" and "empathy," respectively.

They and their classmates, Tatyaina Curtis-Perez and Gracie Friend, said the day also helped them gain a better view and understanding of the court system and how it works.

"Things like this help you learn a lot of new things," Friend said.

"It kind of gives us an experience about criminal justice and what injustice is," Curtis-Perez said.

Trial Court Chief Justice Paula M. Carey decided to extend the observance to a weeklong period, during which six other regional celebrations will take place in Brockton, Springfield, Worcester, Malden, Woburn and Boston, along with a total of 50 other public programs and events, ranging from potluck meals to naturalization ceremonies.

"Diversity is not a topic that we think about or refer to only at times of crisis and complaints; rather, diversity is the way we promote justice, equity, fairness, inclusion, and respect of all people regardless of their identity," Carey said.

Ifill was among the state trial court and probation officials who attended and spoke at the Pittsfield event, prior to stopping at another celebration in Springfield. He said he hopes the Cultural Appreciation Week "sends a message that [the courts] are a place to be listened to, to be heard and to be understood."

Ifill also said he was exceptionally pleased by the students who attended, sang, dance and spoke about diversity at Monday's Pittsfield event.

"The students get it," he said. "They're living and experiencing diversity and inclusion much more than we are as adults. We as adults can learn a lot from the students and what they said in the room today."

Amy Koenig, chief probation officer for Berkshire County Probate and Family Court, organized the day's festivities, which, she said will continue this month with local art exhibits by Williams Elementary School, Wahconah Regional High School and Community Access to the Arts. On Dec. 17, in partnership with the Berkshire District Attorney's Office, the court will welcome Tracie L. Keesee, Ph.D., the co-founder of the Center for Policing Equity and project director of the National Initiative for Building Community Trust and Justice, for a public presentation.

Koenig said that court employees, from judges to clerks, continue to take part in cultural competence training and discuss how to better work with people who go through the courts "in a dignified and respectful manner," as national data reflects equity gaps in the criminal and social justice systems.

Earlier this year, the state trial court system released its first annual diversity report based on fiscal 2017 data, revealing that, for example, 23 percent of the trial court's 6,345 employees were of racial or ethnic minority groups, and 58 percent were female, meaning that the court must be responsible for recognizing its own diversity and how it does or does not reflect community demographics.

Carey and Court Administrator Jonathan S. Williams wrote in response to the findings: "In the next phase of our work, we aim to build a culture in which we 'lean in' to difficult conversations about race and gender instead of leaning out and avoiding them. This work might be the hardest work we will ever do but it may also be the most important work we ever do in the Trial Court. Culture change is not easy and requires courage, commitment and a willingness to make mistakes."