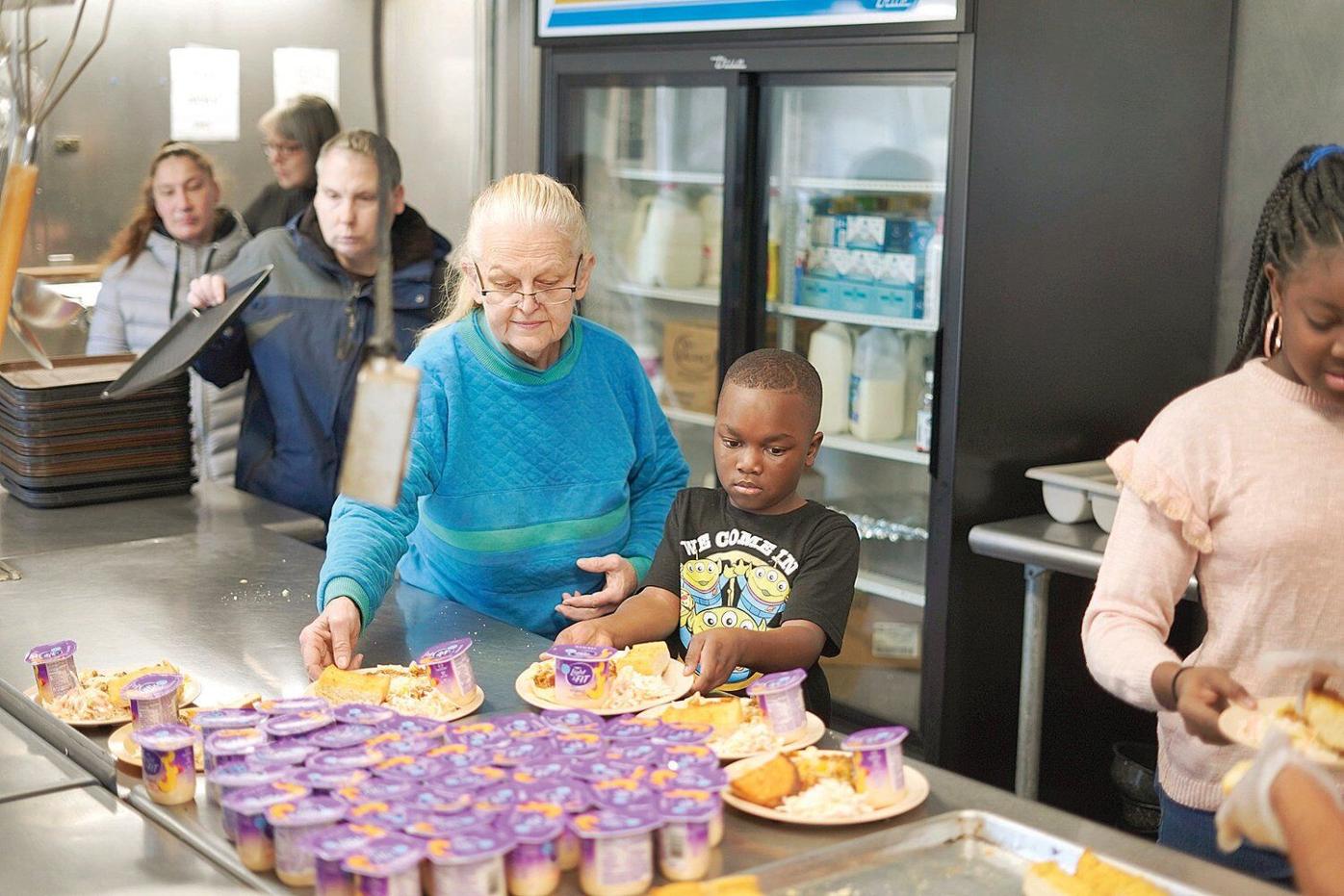 Visitors to the Christian Center add to their free hot lunch of chili with yogurt and other items. Cutbacks in the Supplemental Nutrition Assistance Program will affect about 10,000 people in Western Massachusetts alone. 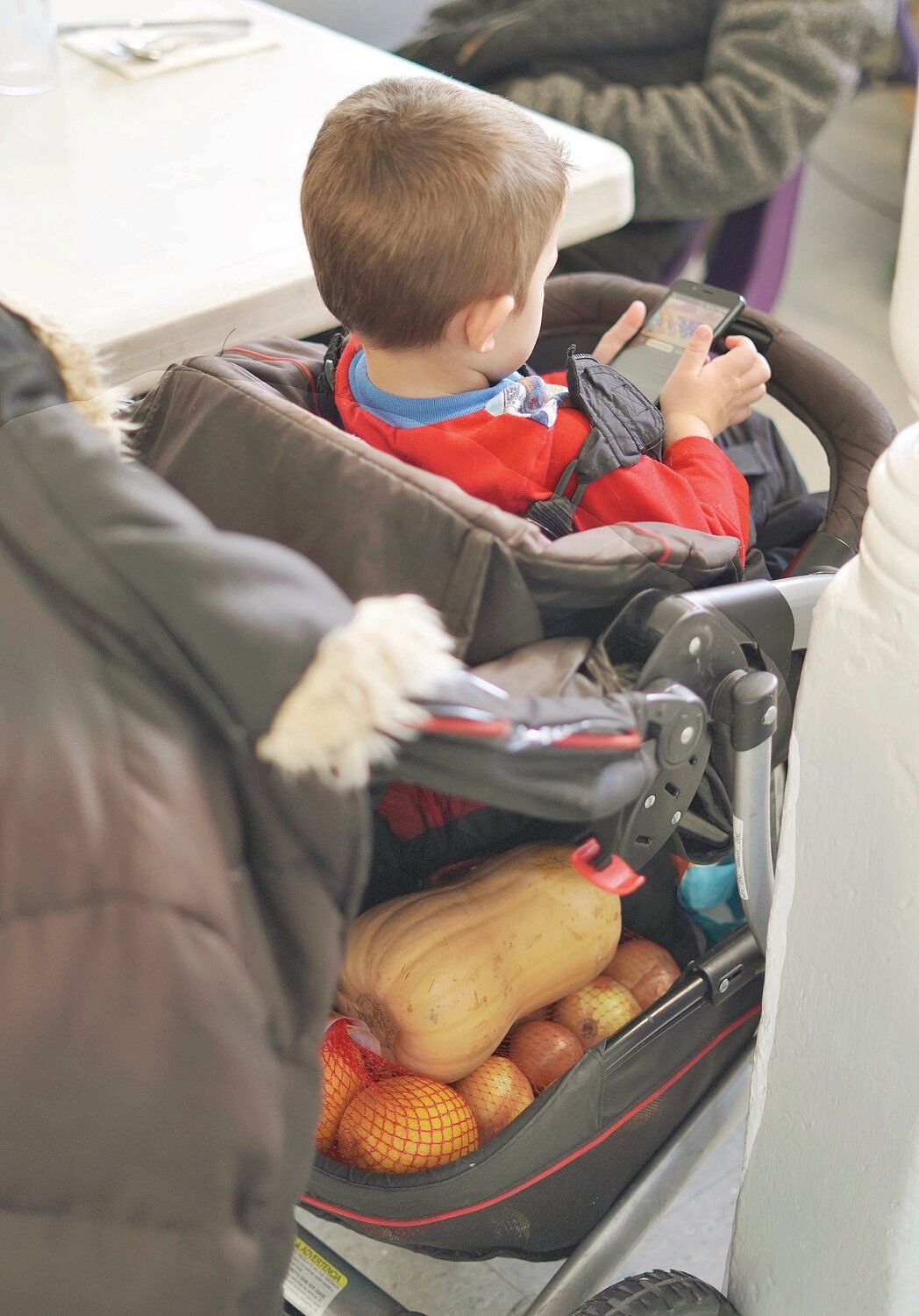 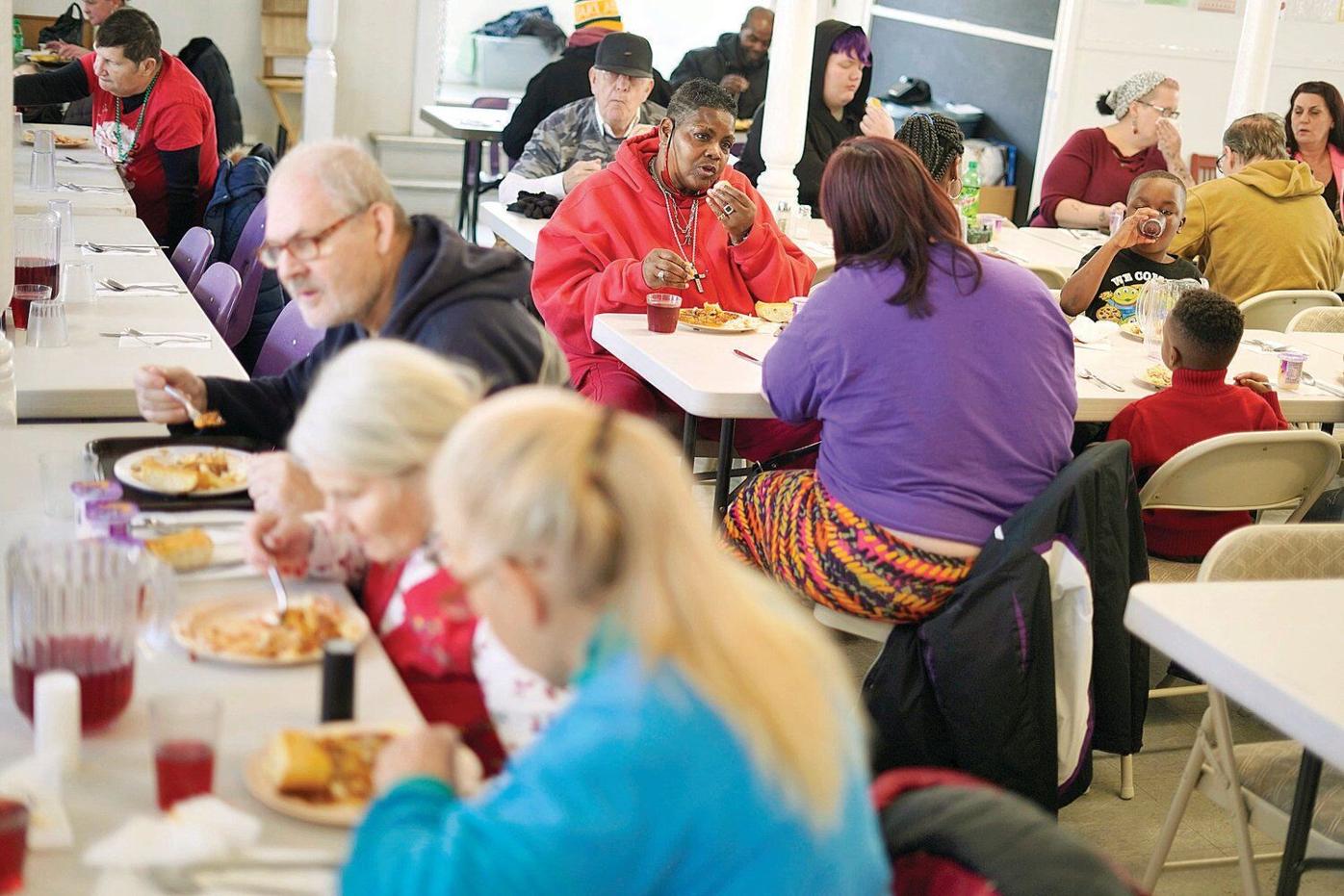 Visitors to the Christian Center gather Dec. 12 and eat a hot lunch of chili with garlic bread, slaw and yogurt. 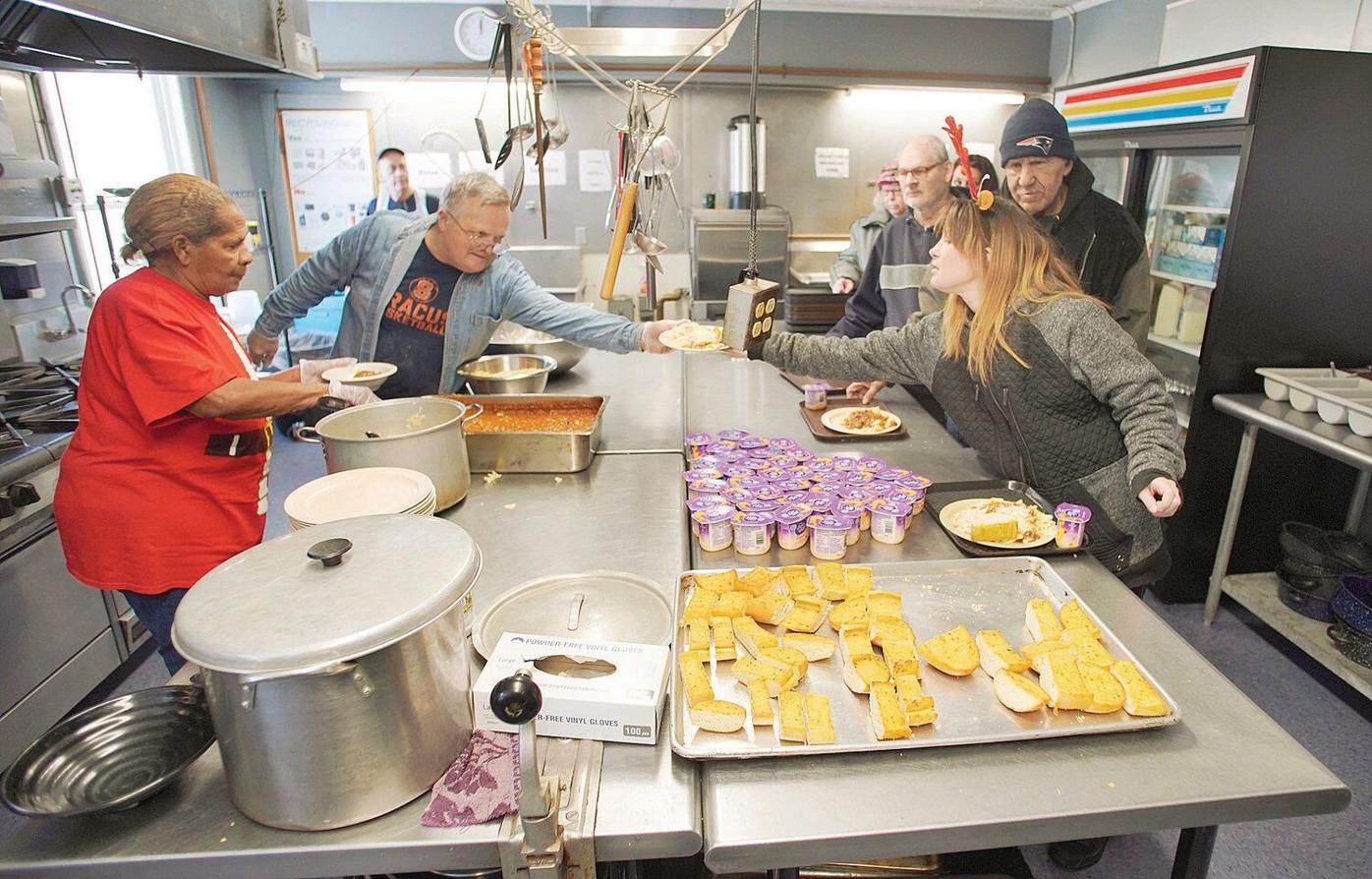 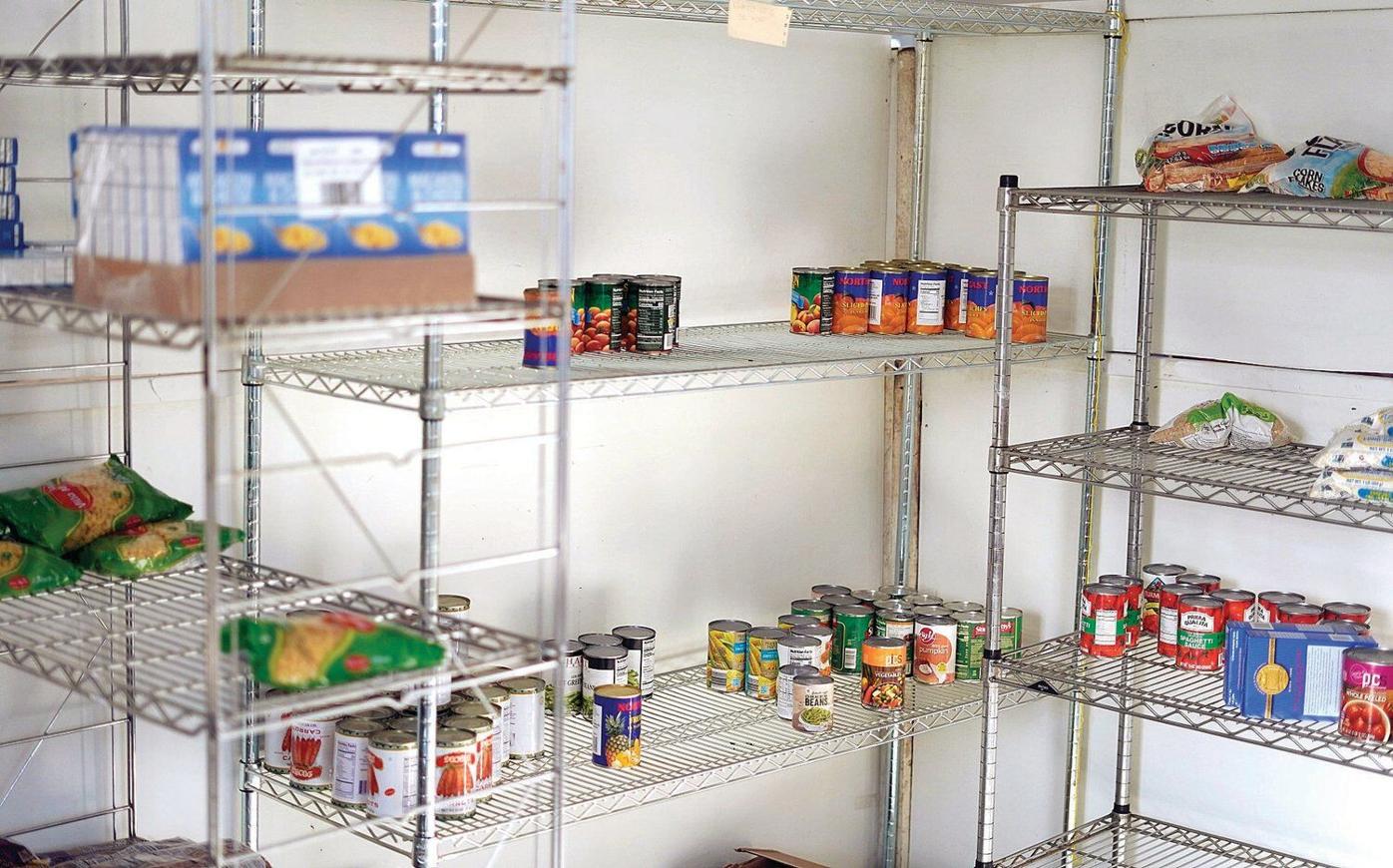 The food pantry at the Christian Center will become vital to people affected by coming cutbacks in SNAP program.

Visitors to the Christian Center add to their free hot lunch of chili with yogurt and other items. Cutbacks in the Supplemental Nutrition Assistance Program will affect about 10,000 people in Western Massachusetts alone.

Visitors to the Christian Center gather Dec. 12 and eat a hot lunch of chili with garlic bread, slaw and yogurt.

The food pantry at the Christian Center will become vital to people affected by coming cutbacks in SNAP program.

More than 10,000 Western Massachusetts residents are poised to lose benefits that help them buy groceries.

That's according to Christina Maxwell, who is director of programs at The Food Bank of Western Massachusetts. A new Trump administration rule that will tighten work requirements for recipients is due to take effect in April, and Maxwell said areas like Western Massachusetts, where employment relies heavily on seasonal farming and tourism industries, will be hit hard.

"Our feeling about this rule, and all of the proposed rules, is that this is really an attack on poor people," Maxwell said. "It's unnecessary. It's cruel. It's taking food away from people when they are most vulnerable and most in need of help."

The SNAP reductions likely to go into effect this spring are aimed at reducing the amount of benefits issued to "Able Bodied Adults Without Dependents" or "ABAWD."

While work requirements for this group of individuals have long been in place, there has also been a longstanding waiver program, allowing Massachusetts and other states to enroll such people in SNAP for more than three months in a three-year period if they live in areas with high unemployment or a struggling job market.

The new rule does this by redefining "lack of sufficient jobs" to areas that have an unemployment rate 20 percent higher than the national average and require that states use Bureau of Labor statistics to justify a geographical exemption, according to a spokesman for the Department of Transitional Assistance in Boston.

"We estimate that the majority of clients that are currently subject to the ABAWD rules would be considered non-exempt, and subject to the ABAWD work rules," the spokesman said in an email. "The Department anticipates that very few towns will qualify for the geographic exemption under the new rule, yet further analysis is required to determine more precise numbers."

For many people working part-time jobs, scheduling is inconsistent and out of their hands, Maxwell said. In the service industry, for example, someone could work 20 to 40 hours one week and 10 hours the next.

Many people who have qualified for SNAP have tended to lose their jobs because of a lack of transportation, she added.

"Of course, in the Berkshires that's a huge problem," Maxwell said.

Maxwell expects that the groups to be hardest hit by the policy change will be veterans returning from war with undiagnosed trauma disorders and children aging out of the foster system. Others who could might include those who are supporting children who don't live with them, people that have undiagnosed mental health issues, or those for which English is a second language.

The reductions could lead to a slight rise in the number of people visiting Western Massachusetts food banks, but many of the people affected are likely already clients, Maxwell said.

The average SNAP benefit for a Massachusetts household is $197.22, according to the Department of Transitional Assistance.

"An average SNAP recipient can get through 21/2 weeks on their benefits," she said. Two weeks into each month, the number of people being served at food banks rises, she explained.

Even so, The Food Bank of Western Massachusetts serves 250,000 people a year, so Maxwell is confident they'd be able to meet the increased need.

While the change expected to come in April is a concern, two other proposed rules could have an even bigger effect, Maxwell said.

The administration is also considering removing automatic enrollment for families who qualify for other government benefits and reducing how much people can deduct for utilities, like heat.

In New England, where winters are harsh, the latter proposal could be especially detrimental, Maxwell said.

In Pittsfield, the Christian Center serves an average of 200 to 250 meals each day. The Food Bank of Western Massachusetts supplies the food.

Betsy Sherman, interim executive director at the center, said she's concerned about the individuals who will be affected, but they're prepared to feed anyone in need.

"We're always ready to feed more people," she said. "We feed anyone who comes through the door."